Dane Cameron was just one corner and a short straightaway from Tim Bell Racing’s first podium finish, when slower traffic and a charging Aston Martin spoiled the fun. Cameron brought the new team’s No. 28 Nissan 370Z NISMO home an impressive fourth, a strong finish that seemed improbable after the race’s tumultuous first lap. 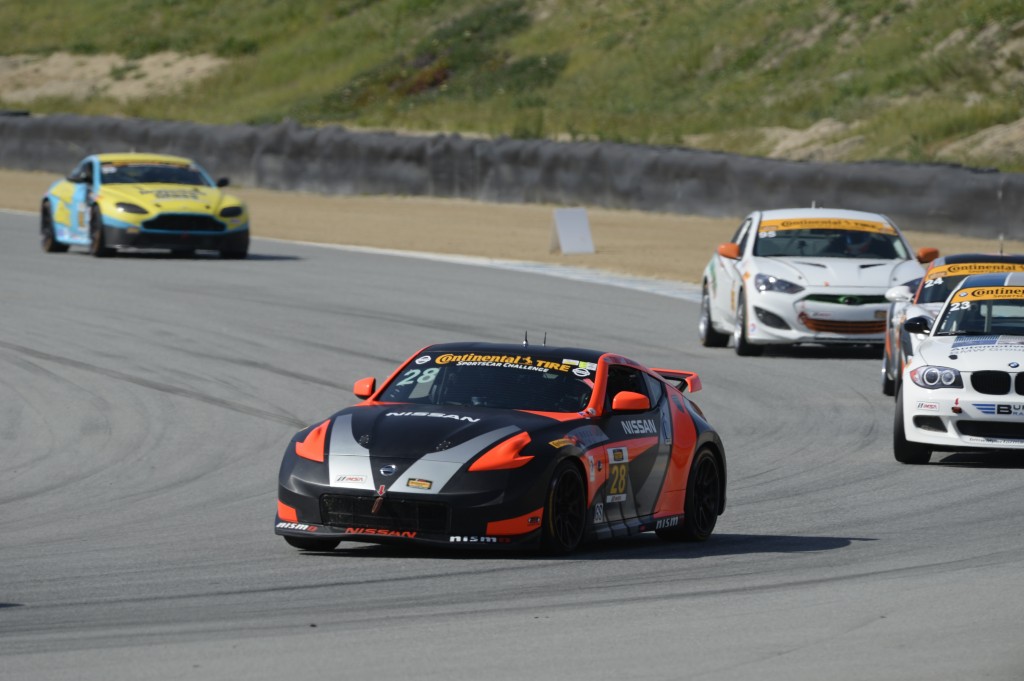 “At the start of the race, I got pinched between two other competitors and there was some heavy contact, so right off the bat I had to come in to the pits. When I came back onto the track the No. 28 was in the back of the field but really running strong,” said Tim Bell, who started the race. “We got some good breaks and I was able to move the car up from 24th in class to 11th when I turned it over to Dane (Cameron).”

Fast pit work returned the orange and black Nissan 370 NISMO to the track in ninth place, and Cameron went to work, picking off cars using the car’s handling balance to maximum advantage as the V8-powered cars tires started to fade late. It was looking to be a podium finish as the caution flag flew with only a few minutes remaining of the 150-minute event.

Once the flag waved green, upon the last turn, the Nissan was overtaken by an Aston Martin and finished in the fourth spot.  “The Aston Martin made a charge into that last turn before the finish, and we got caught up in traffic without a lot of options to hold him off,” said Bell.  “It’s a great result for our team and I couldn’t be prouder of everyone for their hard work. We’re really just learning our way as a new team and we came from the back of the pack to almost podium at a very tough track.” 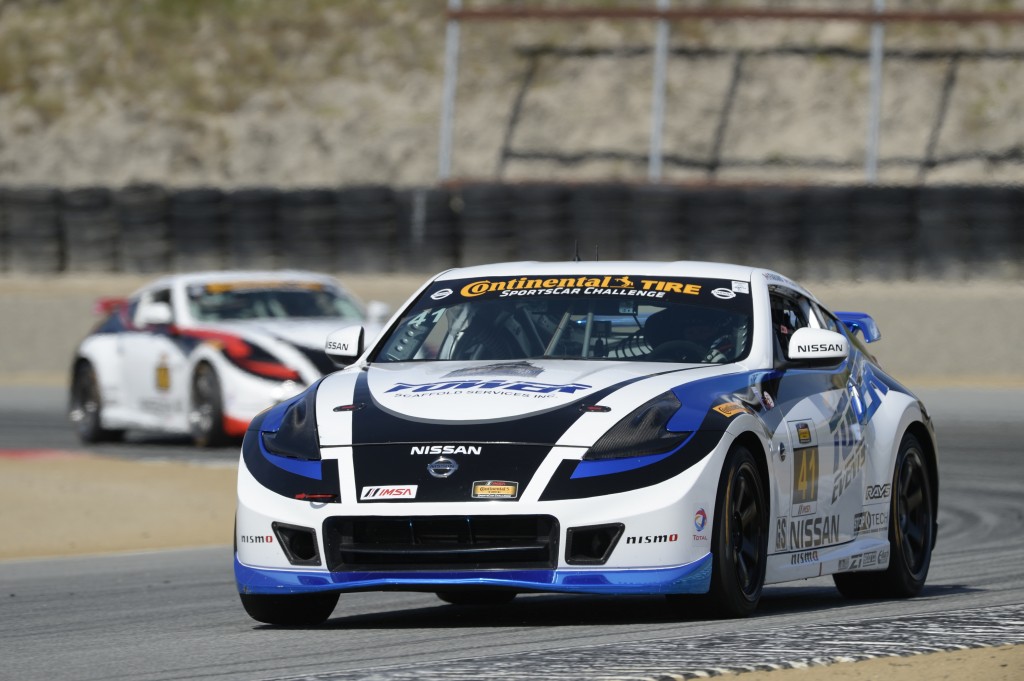 Two Doran-fielded Nissan 370Z NISMOs finished just behind Cameron in fifth and sixth, giving Nissan a strong finish at the demanding 11-turn, 2.24 mile circuit in the rolling coastal California hills. Numerous caution flags made it a one-stop race, giving the V8-powered BMW, Camaro and Aston equal footing on fuel range. The Z’s tire wear and braking advantage were often blunted by the frequent appearances of the safety car.

“It was a strong field. I qualified tenth here, but I was only .06 second off the pole, so that says a lot about IMSA’s balance of power efforts,” said Brad Jaeger, who started the No. 14 Doran car.  “We have two top fives in the past two races, so as much as we’d love to get on the podium again, we feel pretty good about things heading into the next race at Lime Rock. We’re focused on winning a championship, and we got good results and kept the car in one piece.”