The Italian super sports cars maker Automobili Lamborghini and luxury Swiss watchmaker Blancpain return to Asia for the third season of Lamborghini Blancpain Super Trofeo Asia Series – a significant milestone for this extraordinary championship. Together with the official timekeeper of the FIA GT1 world championship, Lamborghini Blancpain Super Trofeo is determined to meet the demand of local racing fans for the motorsport lifestyle in East Asia’s exotic metropolises and provide challenging racetracks for the ultimate lifestyle experience in 2014 Asia series.

Lamborghini Blancpain Super Trofeo was first launched in 2009, in Europe, as a means of further enhancing the brands emotional ties to motorsport. Now in its sixth consecutive year, Super Trofeo as an international race series now celebrates not only its third year in Asia, but also its second series in the United States. The Lamborghini Blancpain Super Trofeo series in Asia for 2014 stands as a symbol of Lamborghini’s further development in Asia. World-renowned Sepang International Circuit will host the debut race for this year’s series, and will be followed by distinguished international circuits in Indonesia, Japan, Korea, and China before returning to Sepang for the World Final in November. It is the very first time a World Final is being held in a circuit in East Asia. Lamborghini Blancpain Super Trofeo represents more than just a worldwide motorsports event, but an exclusive world whereby those who seek more in life can engage in the ultimate lifestyle experience. 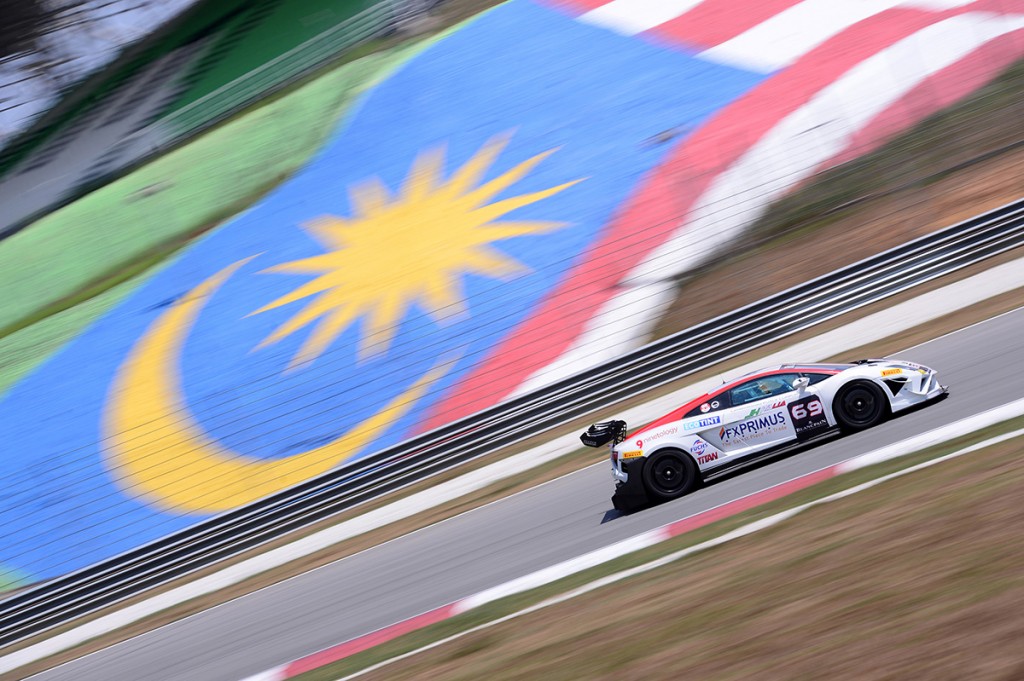 The new season of Super Trofeo Asia Series will kick-off in Sepang International Circuit of Malaysia, which is considered a sate-of-the-art circuit due to its ultramodern facilities. Sepang International Circuit has a track which can accommodate up to 130,000 spectators. The three-story Pit Buildings hold all the main facilities including fiber optic cabling systems, making Sepang an ideal place and a challenging racetrack for world-class international events.

As the Lamborghini Blancpain Super Trofeo series came to Korea for the first time ever last year, 2014 marks the first ever stop at the Sentul International Circuit in Indonesia. On June 7-8, 2014, Indonesia joins the exclusive world of gentlemen racing in the third year of this exciting championship. The circuit in Sentul is a relatively simple, smooth, broad track with large runoff areas and a 900-metre main straight that allows speeds of up to 300km/h, which will provide a whole new racing experience.

Though Lamborghini Blancpain Super Trofeo welcomes gentlemen drivers, in the life of aggressive racing there is no such thing as an “gentle” track; all the drivers receive behind the desk and behind the wheel training from Lamborghini-certified experts in the piloting skills required to make best use of the precision instrument that is the Lamborghini Gallardo LP 570-4 Super Trofeo. Since 2009, the Super Trofeo series has combined the primal thrill of Lamborghini motorsport with the refined craftsmanship of Blancpain – the oldest watch brand in the world – to introduce a unique lifestyle dedicated to the amateur drivers of East Asia.

The precision manufacturing of Blancpain and Lamborghini may differ in scale and utility, but both brands contribute to the Super Trofeo lifestyle with a shared tradition of craftsmanship and innovation. Together these two bespoke brands have created not just a world-renowned platform for Asia’s amateur racing enthusiasts, but also a lifestyle that attracts VIP guests from all over the world with the desire to experience Lamborghini’s unrivaled racing culture and to discover the Blancpain fine watchmaking art.