Audi intensively used the only testing opportunity for the Le Mans 24 Hours at the ‘Circuit des 24 Heures.’ The three R18 e-tron quattro cars on a total of 284 laps completed an aggregate of 3,870 kilometres before the 82nd running of the iconic endurance race on June 14 and 15. 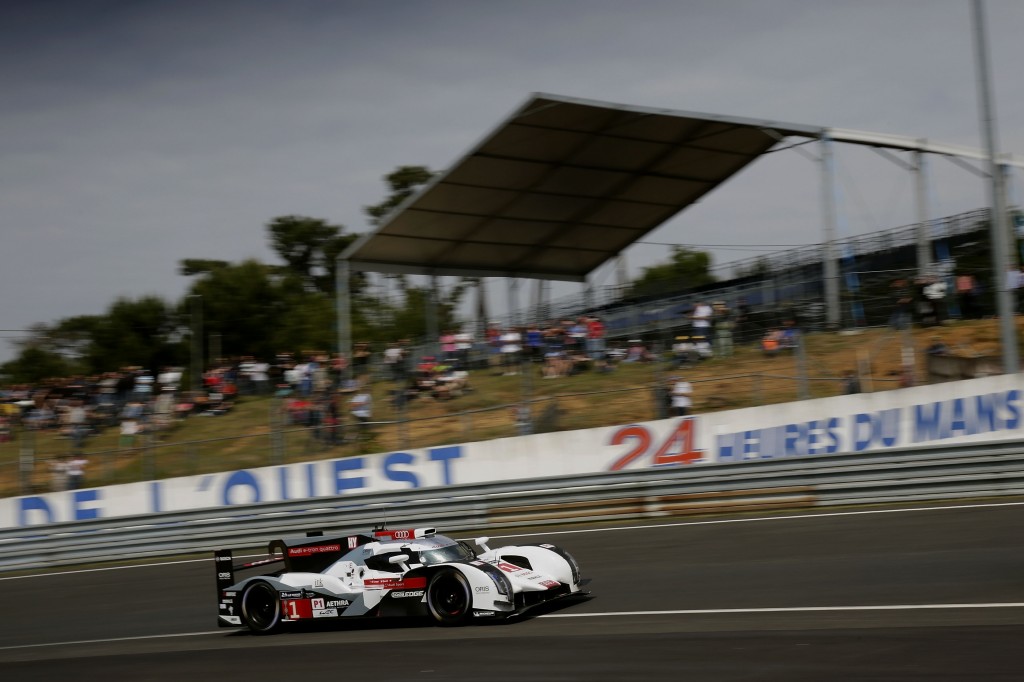 The eight hours of testing at La Sarthe proved very valuable for Audi. During the four hours in the morning, Lucas di Grassi/Loïc Duval/Tom Kristensen (BR/F/DK) in car number 1, Marcel Fässler/André Lotterer/Benoît Tréluyer (CH/D/F) in the number 2 R18 e-tron quattro and Filipe Albuquerque/Marco Bonanomi (P/I) in the third car put all the set-up work into on-track action. In addition to the final aerodynamic configuration, the mechanically generated grip was another focal point of the program. Furthermore, all eight drivers had the first opportunity at Le Mans to align their race cars and their personal driving styles with the energy consumption targets which the regulations specifically define for each track. In the morning, Marco Bonanomi, on setting a lap time of 3m 23.799s, achieved the fastest time in the first practice session. 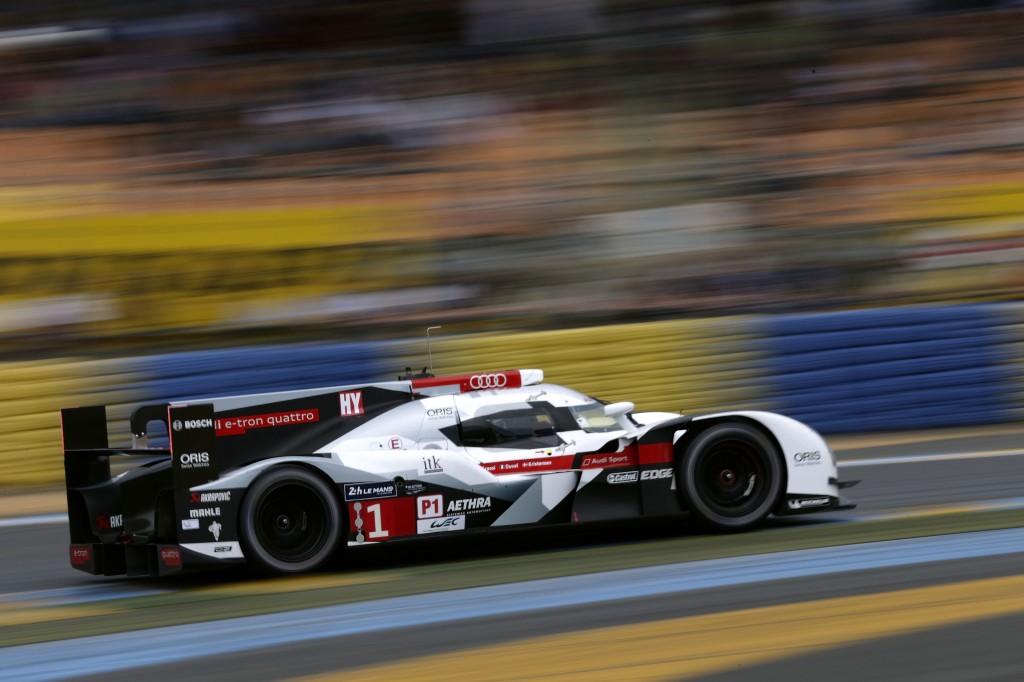 During the course of 125 laps (1703.625 km) the Audi drivers met the requirements set by the engineers with such precision that all three driver squads were able to use the afternoon for extensive tire tests. The objective was to test the performance of the fundamentally new tire generation over the long run. Three interruptions of the practice session by red flags interfered with their rhythm only in a minor way. After 159 laps in the afternoon, Audi looked back on a total of 3870.636 kilometres driven. Filipe Albuquerque/Marco Bonanomi finished the practice session as the best Audi squad in third place. 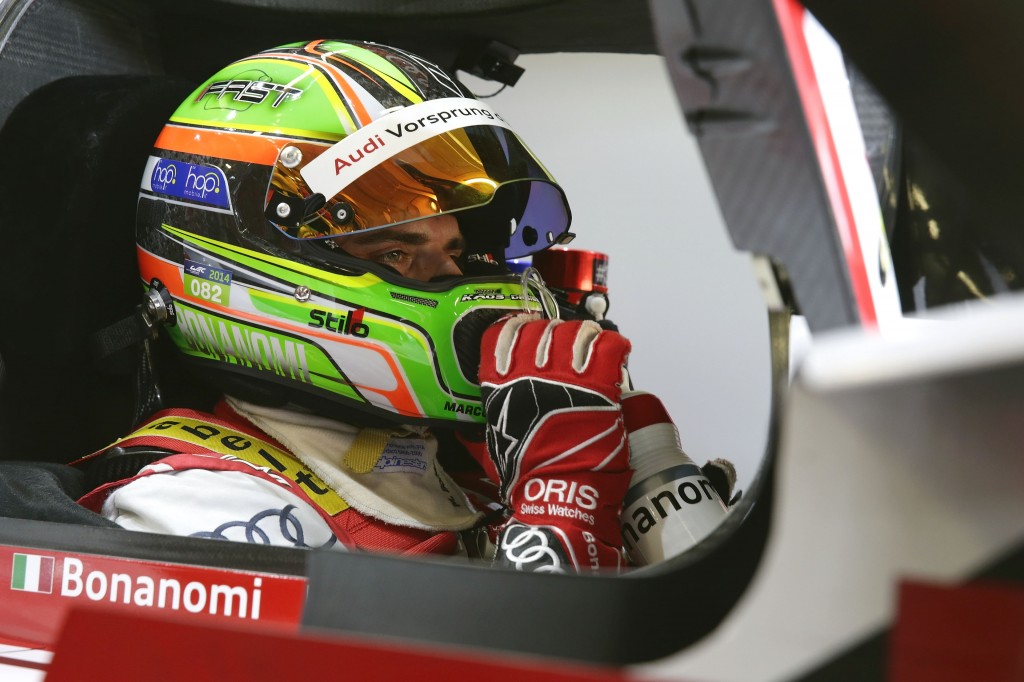 “Our drivers, Audi Sport Team Joest and all Audi Sport employees fully accomplished an ambitious program today and in doing so performed valuable work,” said Audi Head of Motorsport Dr. Wolfgang Ullrich. “The squad surpassed our expectations. Now, in the remaining week before the event, we’re going to analyse this data in order to find an optimal set-up for all three race cars.” 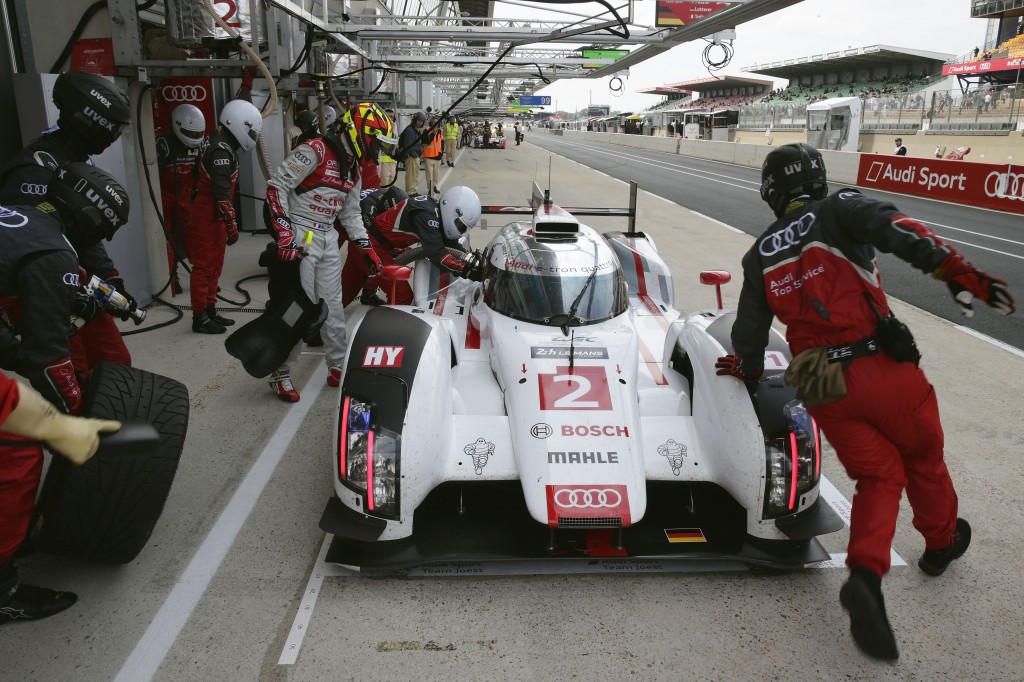 Chris Reinke, Head of LMP at Audi Sport, was pleased at the end of the test day as well. “We completed a long and extensive program on the test day. My thanks go to all the people involved in this project, who are looking back on some tough weeks and months. We’re entering the race week with the feeling of being thoroughly prepared. We know how tough Le Mans will be this year. Now we’re all focusing our joint efforts on a single big aim – we’re set on battling for victory in two weeks from now.” 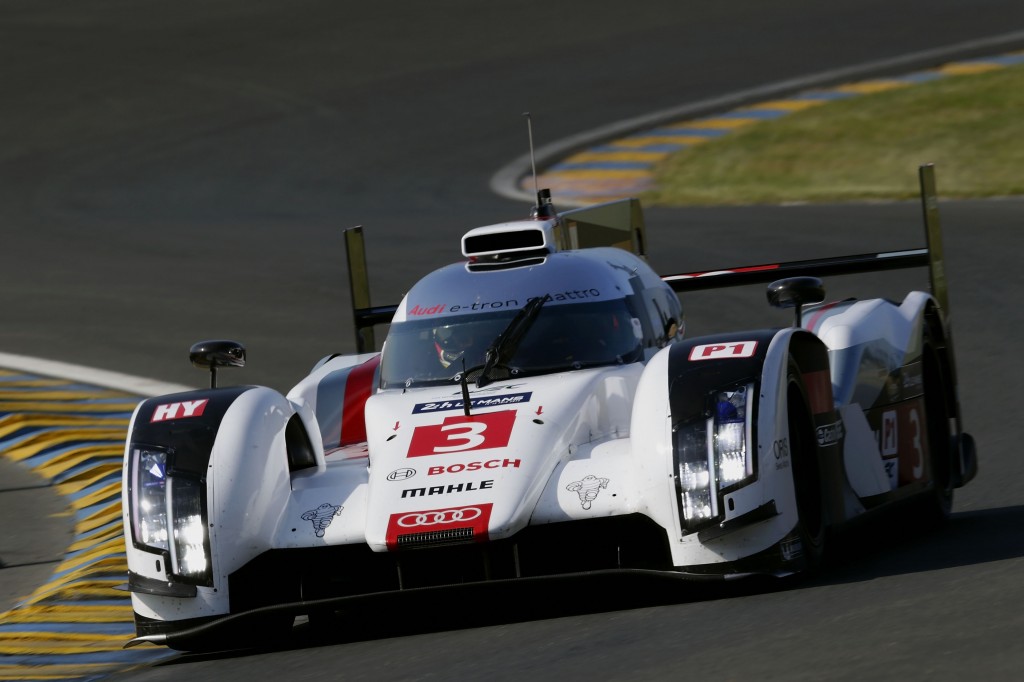