The return of international rally star and defending Rally America champion David Higgins, along with the new television contract with the NBC Sports Network have brought additional interest to the 38th Waste Management Susquehannock Trail Performance Rally (STPR) which returns to North Central Pennsylvania May 30 – 31, 2014 in Wellsboro, Penn. 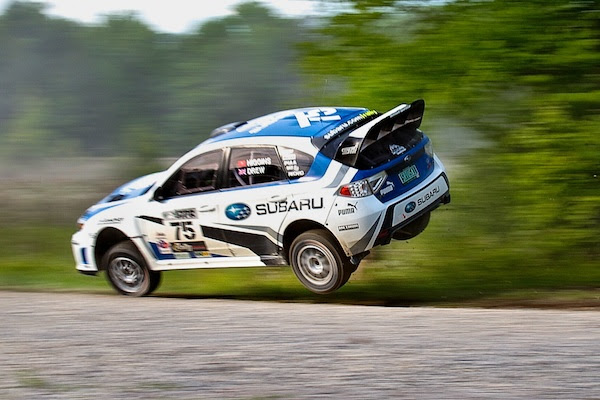 Higgins comes fresh off a dramatic Oregon Trail Rally victory over action sports icon, Travis Pastrana, to extend his points standings lead at the beginning of the month. Higgins could strengthen his position even further with another overall victory at STPR, however, his rally won’t be without challenges when Hoonigan Racing’s Ken Block returns to defend his 2013 STPR overall victory. 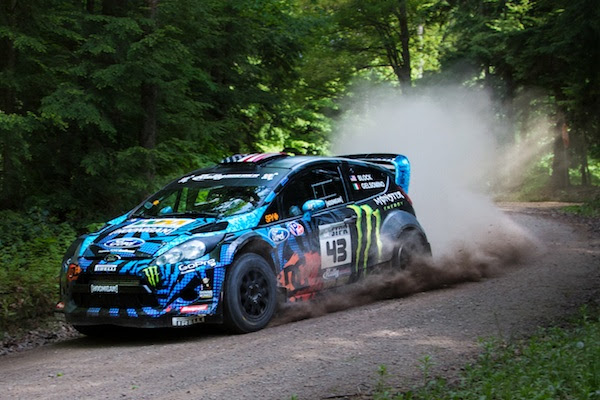 It was at STPR last year when Block appeared to be out of title contention before he strung three consecutive overall victories to force a final showdown with Higgins. The title eventually went to Higgins after Block spectacularly crashed near the end of the Lake Superior Performance Rally. 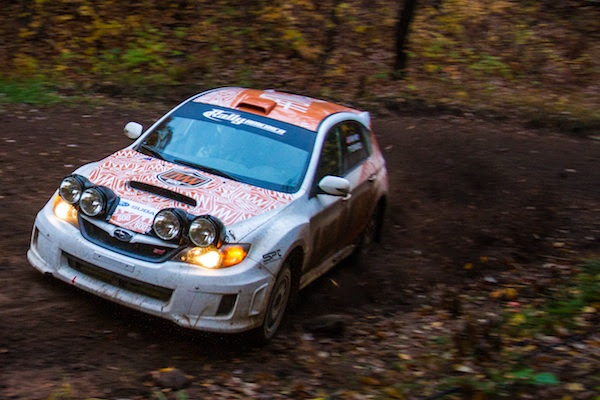 Super Production points leader, Dillon Van Way, is eyeing STPR as a pivotal event to establish class dominance. Van Way has finished on the SP podium every race he started to take over the standings having never won the class outright. A class win at STPR would validate Van Way’s points lead and position him nicely at the mid-point of the Rally America season.

Van Way took over the points standings when Nick Roberts and co-driver Rhianon Gelsomino escaped a catastrophic car fire at the Oregon Trail Rally. Roberts was the class leader at that time, For STPR he is quickly preparing another car to continue the  pressure on Van Way and reinsert himself at the top. 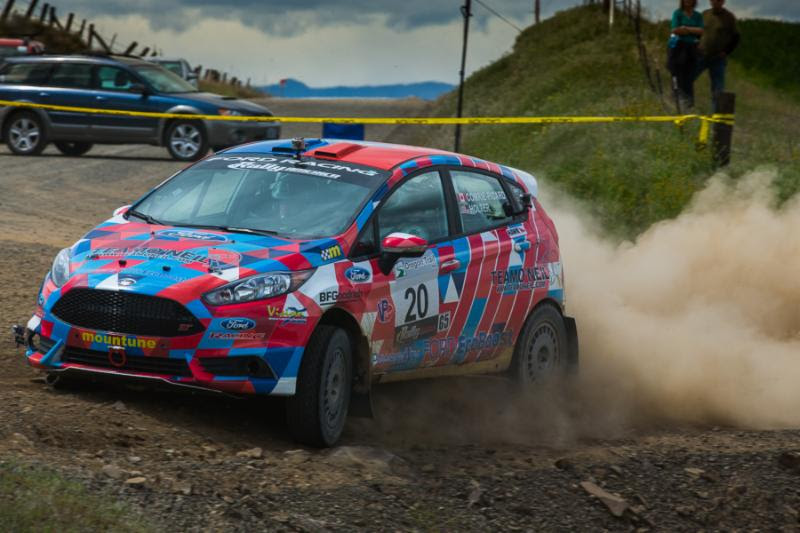 The Oregon Trail Rally was also favorable to Two-Wheel Drive competitor, Andrew Comrie-Picard, who took over the standings after Scion Racing’s Matthew Johnson failed to finish the event. The damage to Johnson’s Scion xD was severe enough to unfortunately prevent him from attending STPR, which gives Comrie-Picard a significant advantage to build on his 13 point standings lead over Johnson

The STPR event, which is round four of the eight events that form the Rally America National Championship, is organized by a unique rally organizing committee – based in both Wellsboro and Rochester, N.Y – is the oldest, continuously running motorsports event in the state of Pennsylvania.

A free spectator guide with maps, event schedule and driving instructions is available for download at:http://bit.ly/1oPO9ja

The rally, promoted by the Finger Lakes STPR® Motorsports LLC committee, is chaired by Meridith Croucher, from Newark, N.Y. (Rochester area), and she reports that the number of entries for the event – more than 60 cars and still growing – shows that competitors not only enjoy STPR, but they think that their sponsors get good value for their various sponsors as a result of the new TV coverage.

“In today’s motorsports world, both the event organizer and competitor have to satisfy sponsors who can get the word out about their products and services in order to provide the funds necessary for racing,” said Ms Croucher.  “Our event sponsor, Waste Management, is a worldwide company which will benefit greatly from the NBC Sports Network exposure.”

Ms. Croucher also noted, that unlike other types of racing, STPR offers activities for all kinds of fans and everyone in the family.

“This has become a very popular family event, especially with the Tioga County Fairground stages, where kids can get up close to the rally cars, meet the drivers, enjoy some refreshments, and then watch the cars battle on a closed course for competitive times and a chance to win the event,” she said, “but others like to go into the woods and watch the cars, view the cars on display at the town Green, or take advantage of our VIP package to be escorted to exclusive viewing areas,” she said.

The Fairground super special stages, where fans can watch an entire stage from start to finish, costs $5 for admission on Friday and Saturday (with a $5 donation to a local church youth organization for parking), with event tickets on sale in advance at the Wellsboro Chamber of Commerce (info at 570-724-1926).

Coverage of the STPR Rally will be broadcast on the NBC Sports Network, and to 80 million households, on June 28th at 6pm EDT/3pm PDT. Check local listings for channel information.

Based in Williston, VT, Rally America, Inc. sanctions the Rally America National Championship, which consists of eight national-level events in 2014 located at a variety of venues across the country, from Portland, Oregon to Newry, Maine. NBC Sports Network is airing eight Rally America episodes. For more information please visit www.rally-america.com.