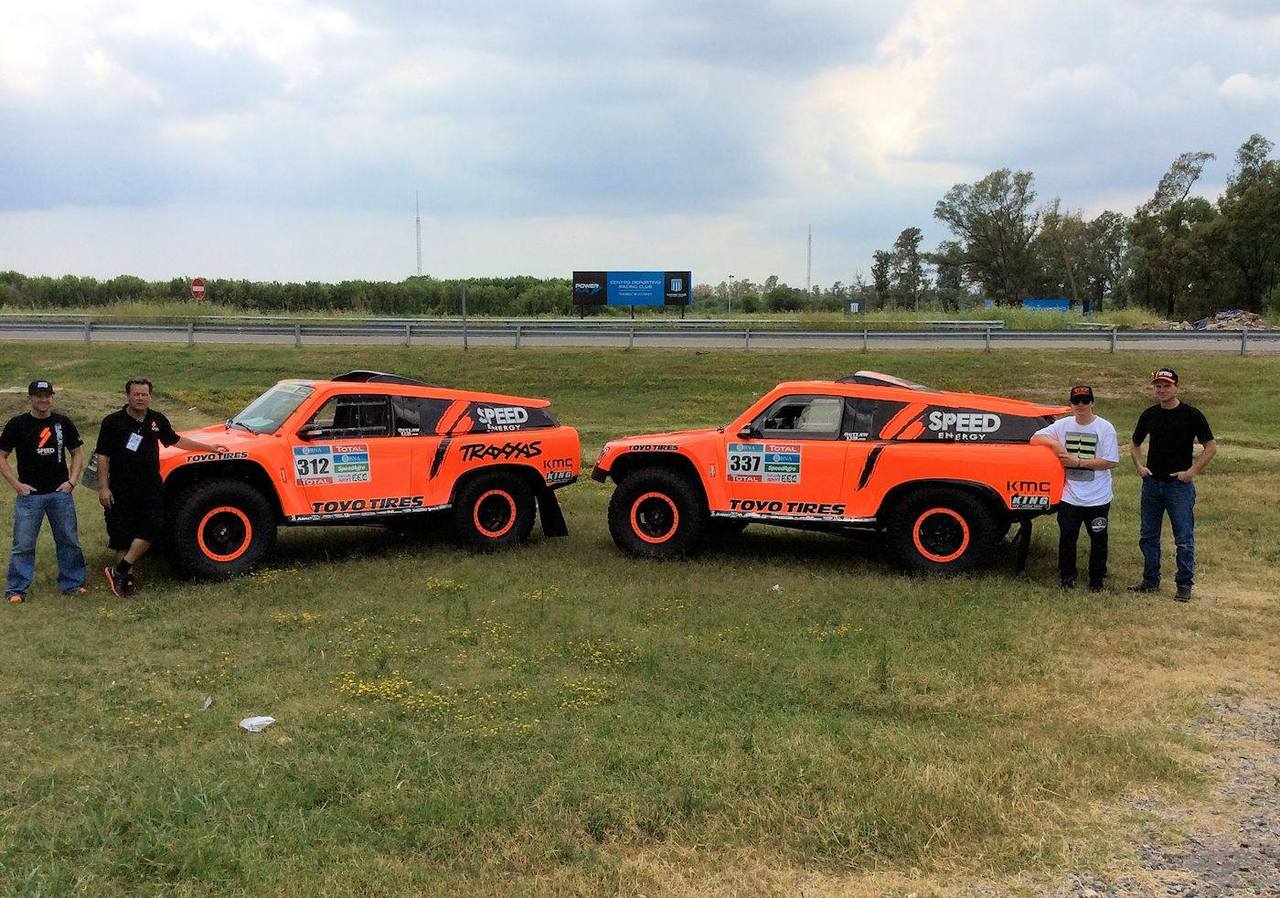 I wish Build Race Party had the opportunity to sit down with Team Speed’s Robby Gordon, Sheldon Creed, Kellon Walsh, and Jonah Street in Buenos Aires prior to the start of the 2016 Dakar Rally but we didn’t. Race Dezert did and the interview is outstanding. Instead of one guy asking questions, they were based on user input in the Rally Raid subforum on Race DeZert. They asked broad questions, technical questions and some fun questions like “Will Sheldon be allowed to physically pass Robby during a stage?” Here’s the begininng of the interview. For the whole thing, you need to jump over to Race DeZert.

Yumaoffroad: Will there be Road to Dakar episode for 2016?

Robby Gordon– Unfortunately not. Between my travel schedule, SST, two Gordinis, and the prototype work I am doing with Artic Cat, there just wasn’t time to fit in a full scale production this year.

Bricoop: How much seat time have you (Sheldon) had in the Gordini?

What have you been doing to prep for the race?
Sheldon Creed– I’ve only spent half an hour behind the wheel of the Gordini, from the airport to the hotel. I’ve prepared by studying past videos of the rally with feedback from Robby, Kellon, and Jonah.

tacosupreme: How difficult is navigation compared to Baja?

Kellon Walsh– They are totally different. In Baja you get to prerun and take notes, and of course you have GPS. Here you just get the road book with tulip charts the night before the stage and you have to study it for dangers and challenges. It is more like a Baja prerun where you just drive what you can see and read the terrain.

biffnar: Was Sheldon the first choice or the back up choice?

Robby Gordon– Winning the SST championship made it an easy choice. I have no concerns about Sheldon’s ability as a driver, he just needs to stay focused. Laps in SST are 1 1/2 miles and there are spare parts hanging in the trailer. Even in Baja we are never more than 50 miles from support. But Sheldon isn’t hard on equipment. He has awesome car control, he rev matches his SST truck on every jump.

Short Bus: What, if any, changes were made to the Gordini since last January? Obviously I don’t expect RG to provide exact details of changes, but were there any significant hardware changes made to improve performance or were changes mostly made for durability reasons?

Robby Gordon– Everything gets evaluated. I mean every nut and bolt. We made hundreds of little changes to make the cars faster, more reliable, easier to service. There are also rule changes for 2016 that we had to match. For instance ASO changed the tire inflation rule to mandate a VG5 connector after the support cars were already on the water. So we had to retrofit them to 100 KMC wheels down here in Argentina.

Short Bus: Are there different shock/spring settings in each car based on driver preferences? Does RG set them up based on his experience or did Sheldon get some input based on his driving style?
Do they change suspension settings daily during the race depending upon the expected terrain? Are there “WRC” settings vs. off-piste stage settings?

Now you need to jump over to Race DeZert to read the rest of the interview. Sorry but it’s their interview. I just liked it so much that I wanted to share it with you guys. While you’re over there, check out their daily Dakar coverage. It’s good.