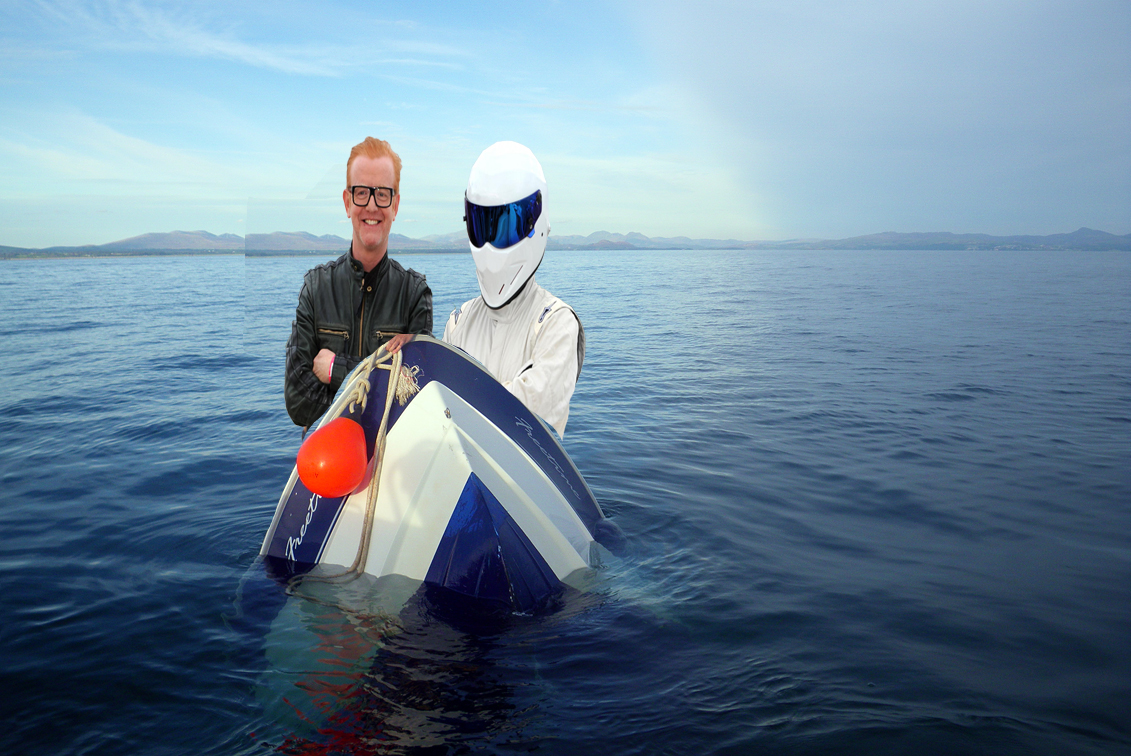 We all love Clarkson era of BBC Top Gear. It’s a shame he had to move on. Some of us just wanted BBC to put the show to rest instead of butchering the legend with a recreation. Then the BBC announced that Chris Evans was taking over and people seemed excited. If you don’t know who Chris Evans is(I don’t), then check out his bio on wikipedia. The next announcement added Chris Harris and Sabine Schmitz as cohosts and everyone got really excited. Both are racecar drivers with experience at the 24hrs of the Nurburgring and Chris’s YouTube videos are pretty awesome. But you know who’s not so awesome? Chris Evans.

First time out on the Top Gear test track he crashed according to the recent Sun Report. It was a brand new Jaguar lent to the show for filming… Is it possible that the primary host of the largest automotive tv show in the world can’t drive?

And that’s just the tip of the iceberg, or Shit Show as Jalopnik suggested. According to The Sun, the problems go on and on. Just last week some backroom staff left the show including Executive Producer Lisa Clark and the script editor Tom Ford. This is even more significant because Lisa Clark was recently brought on board to relaunch the show in May.

Next up is BBC2 controller Kim Shillinglaw who made revamping Top Gear her top priority. But again according to The Sun, “One source said: ‘Kim has been central to everything that is happening. Generally, she has a reputation as a meddler.”

She was hired last year by Danny Cohen, the previous Director of Television, who had the issues with Clarkson.

The other reason Top Gear is becoming a Shit Show:

“The show has had to become a lot more PC following the Clarkson row. There is less leeway to do out-there stuff and Kim has become a bit of a nightmare.” That means all the stuff we love about Top Gear might slip away. BBC Top Gear might look a lot like  Top Gear USA and that’s a problem. Especially when the original cast is going nuts spending £4 million an episode which is nearly 10 times the budget of the revamped BBC show. You can do a ton of inappropriate, politically incorrect stuff with £4 million an episode.

The next problem has to do with Shillinglaw’s relation with Evans, who according to the sun “is known for being a control freak,” has also become a concern. “In the summer, Shillinglaw admitted the ‘unpredictable’ star being host of Top Gear left her “terrified”. To some, it has turned into a battle of egos.”

A source for The Sun went on to say: “In the old days Clarkson and (executive producer) Andy Wilman were left to get on with the show and that’s what Chris wants, too. “Everything he’s done before has essentially been about him and everyone else has to fall into line. The problem is that BBC has too much to risk with this revamp and they want to be way more involved than they used to with the Clarkson version of the show.

People leaving, crashing, and controlling. Will the new Top Gear be any good? It goes live this spring so we’ll find out in a few months. The new Clarkson show on Amazon does start up to next fall but its rumored to be working on some segments and mini shows that will come out this spring as BBC Top Gear relaunches so their audience knows what to expect and will hopefully wait instead of getting hooked on BBC first.