Once again, Scott Speed proved that he was the class of the Red Bull Global Rallycross field, earning his second consecutive victory for Volkswagen Andretti Rallycross at X Games Austin. He held off a pair of first-time Red Bull GRC podium finishers: Bucky Lasek, who earned his 20th X Games medal, and Nelson Piquet Jr., who earned his first. 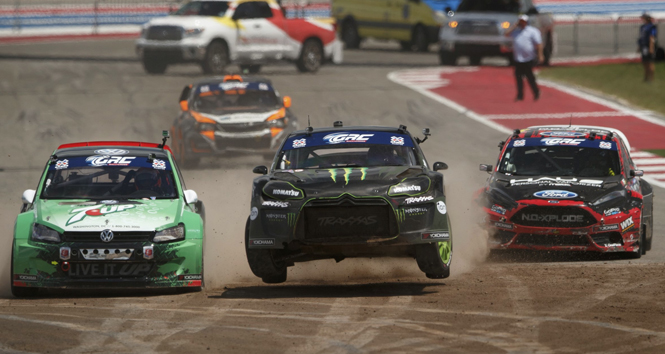 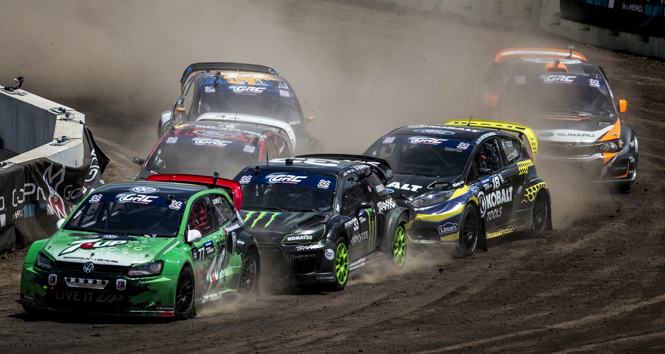 MAIN EVENT RECAP: With only six cars racing in the final, a clean start was easy for the field, which managed to complete two laps before a red flag for Dyne’s disabled vehicle. Per series rules, because Sandell was judged to be the initiator of the red flag situation, he was removed from the field for the restart, which would now only see four cars.

Speed jumped to an early lead, while Piquet fought to maintain a podium place despite only having third and fourth gear in his vehicle. A stop-and-go penalty to Piquet for taking the joker twice allowed Lasek to jump out to second, but when Doran spun himself with just a few hundred feet to go before the finish, Piquet was able to steal a podium place. 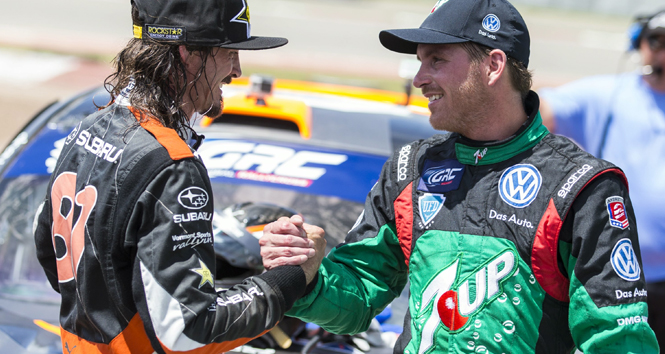 QUOTES: A selection of quotes from Saturday’s X Games Austin, the second round of the 2014 Red Bull Global Rallycross season:

Scott Speed, Driver, #77 Volkswagen Andretti Rallycross Polo: “Plan A worked to perfection! We had a really bad qualifying draw, and I think our best performance of the weekend was qualifying second. That set the tone, that let us know that we had a lot of pace here again, and then it was just onto me not making mistakes and trying to avoid crashes at the start. And we were able to do that in every single heat race. The starts are a strong point for us, but it’s the speed of our guys. I can’t say enough for our team—these guys, it’s their second race. These are a bunch of IndyCar guys, and I’ll tell you what, they have upped the level of GRC in how they prepare these cars, because our stuff is that good.”

Bucky Lasek, Driver, #81 Subaru Rally Team USA WRX STI: “It was intense. That was the hardest fought medal that I’ve ever had to work for—I had a lot of bad luck in the first heat, I went from second to fifth because of a bad racing incident from behind. I fought from the back of the pack for the rest of the day, and I don’t know how many hours I was in the car—I think I stepped out once just to get in front of a fan. I got back in the car, started the first final, and I didn’t have a clutch. So I pumped my clutch, got a good start, and when the red flag came I had no clutch for the second restart. So I just pushed launch control, put it in neutral, dumped it in first gear and it was on from there. Then I just started reeling people in.”

Nelson Piquet Jr., Driver, #07 SH Racing Rallycross Ford Fiesta ST: “It was a hard weekend—I struggled a bit with the track. I guess Barbados was much easier for me for some reason. For sure I learned a lot from this weekend. The track had a lot of dust and damaged a lot of cars—you had to think a lot, and you had to be careful. A lot of drivers were here just for this race, not for the championship, so those guys were going nuts. In the end, it worked out, the guys did a great job fixing the car after every heat, and we made it to the final. We limped to the end, and right at the last moment we managed to get the medal.” 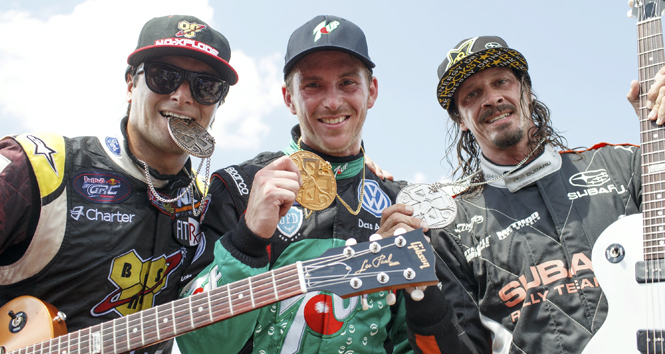