One lap of America is the modern version of the Cannonball Run which became too dangerous to run after a few years. Well it ran for most of the 1970’s but you get the idea. It used to be a flat-out race on public highways from one side of the country to the other. Now you drive the speed limit on public highways from racetrack to racetrack. But its non-stop for a week. I slept a lot in paddocks waiting for my timed session when I ran in 2004. Not because I was exhausted but more because when you’re done on track, you get back in the car and drive through the night to the next track.

The best part is that almost anyone can enter. You just need a helmet and a legal car and I think some driver school experience – but they have a special track day if you’re really new. This is the 2014 route. It changes every year but generally leaves from the Tire Rack facility in South Bend and covers anywhere from 2,500 to 6,000 miles depending where they decide to send you. This year is 3,249 miles in 7 days. 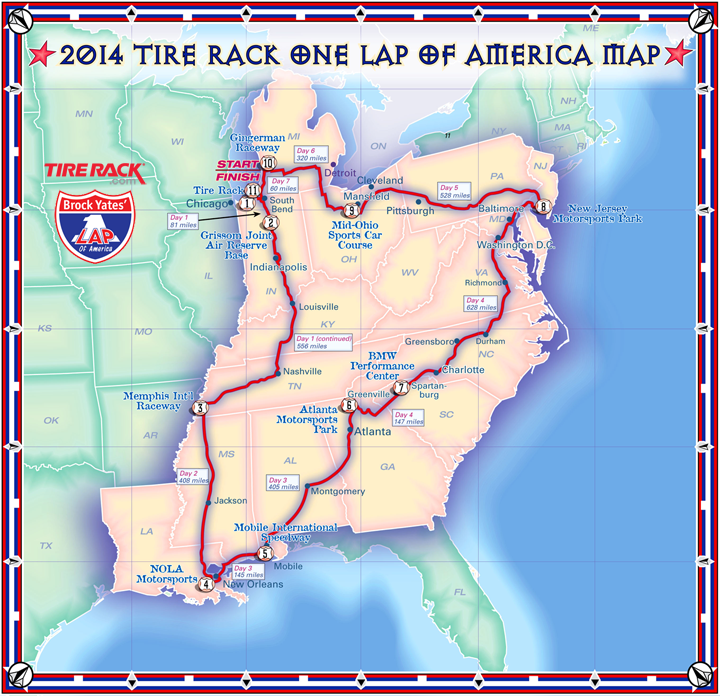 The cool part of race is the variety of cars that show up. It’s pretty much an unlimited rule book. As long as you drive your car the whole distance, from track to track and back, its pretty much fair game. You can check the website here for complete details. This preview isn’t meant to show every car. If you want a complete list of entries you can find that here. This is just a few of the cool cars sitting around the Tire Rack at the opening event. This R8 looks awesome! Hopefully its fitted with a bunch of the GT3 parts and is ready to rock. This is the Doulas Wilks, Leh Keen car so expect to see this near the top of the field. The next few days will tell. 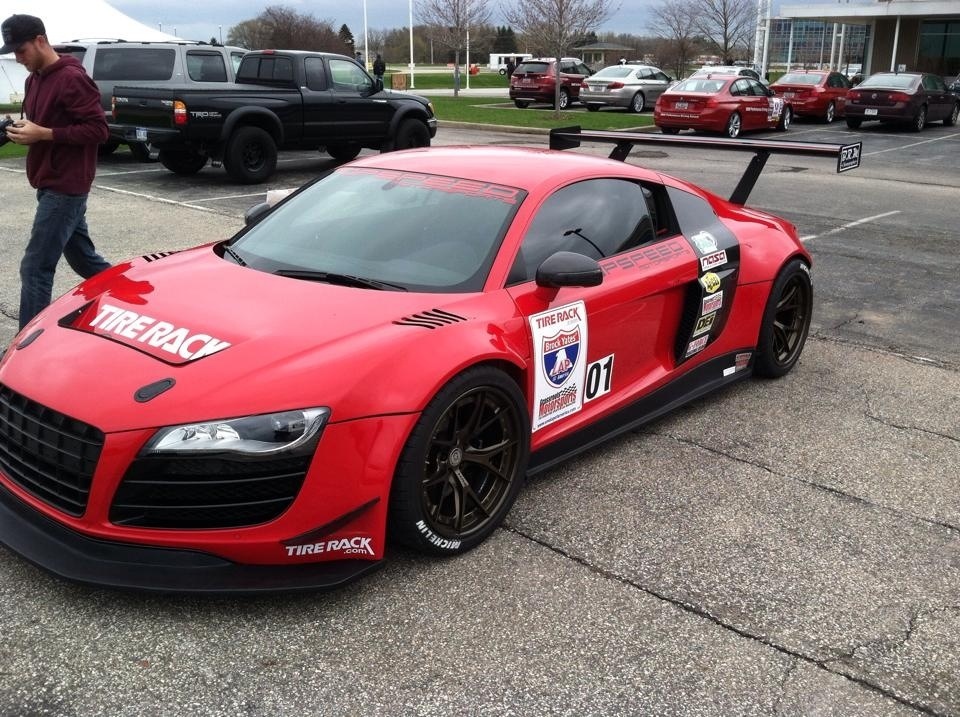 Sure its a massive road trip but the track sections are timed and the fastest car wins. Could it be a Daytona Coupe that leads overall? Seems doubtful, but what a cool car to take on One Lap of America. ITs a Factory Five Type 65R coupe technically and is driven by JC and Walter Krueger. 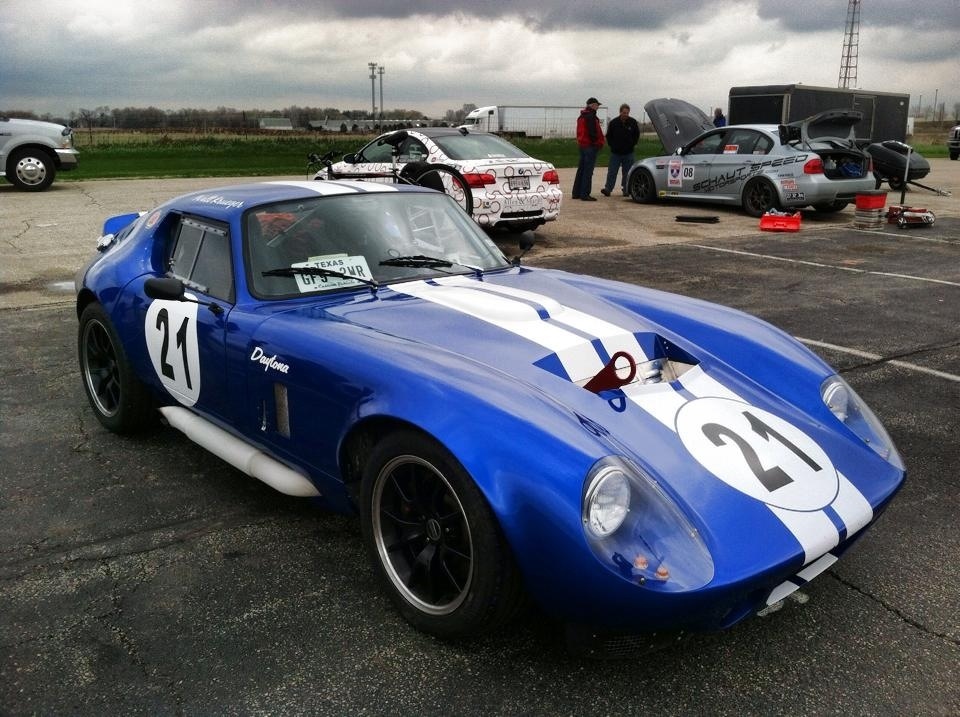 Horsepower is king at One Lap of America. Viper or GTR? Its May, It rains a lot…. usually the AWD cars win. But the new Viper is supposed to be pretty good. This is Chuck and Christie Veth’s Entry. Looks like fun! 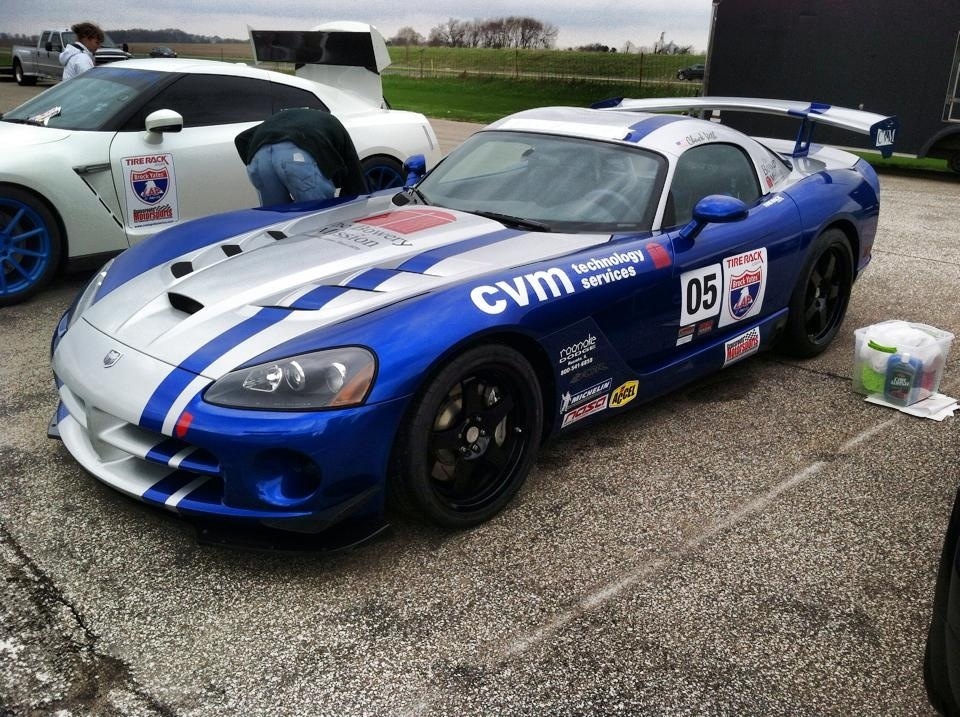 Old school entries are still the best. I forget the story on this one but I think it enters every year! Or at least 24 of them by the badge count on the door!  Its  listed as “The Original One Lap Camaro” driven by Michael Hickman and Damon Josz. Its a 1981 Z28 if anyone is curious. 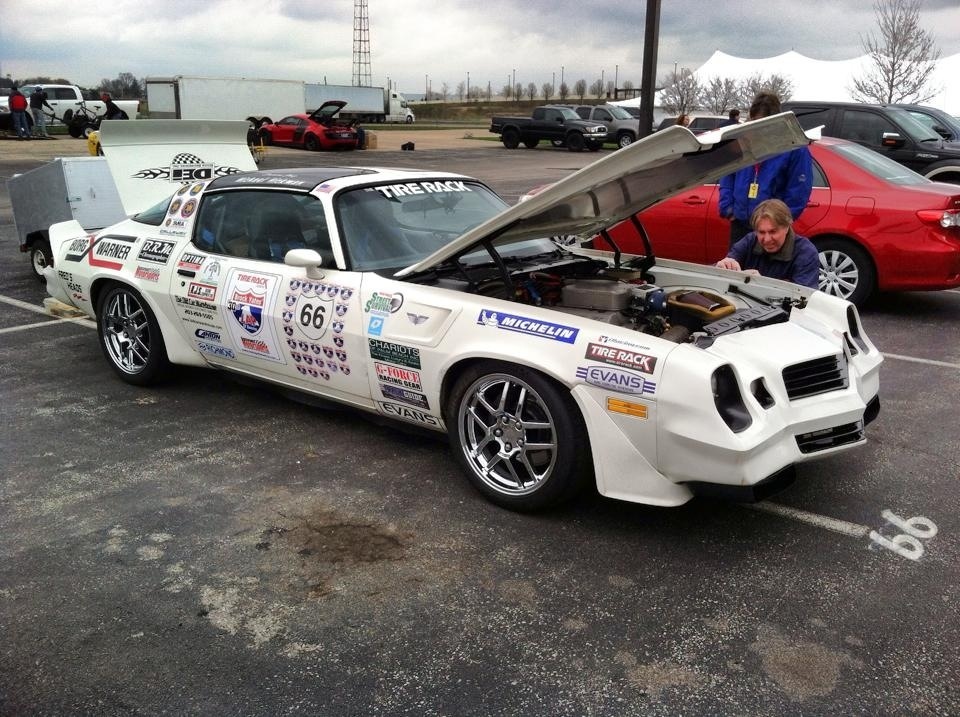 Nothing like a clean V8. I haven’t seen this car since 2004 when I ran One Lap with my sister Meg, but I do not remember this car’s engine bay being so clean… Looks like someone got a new motor! 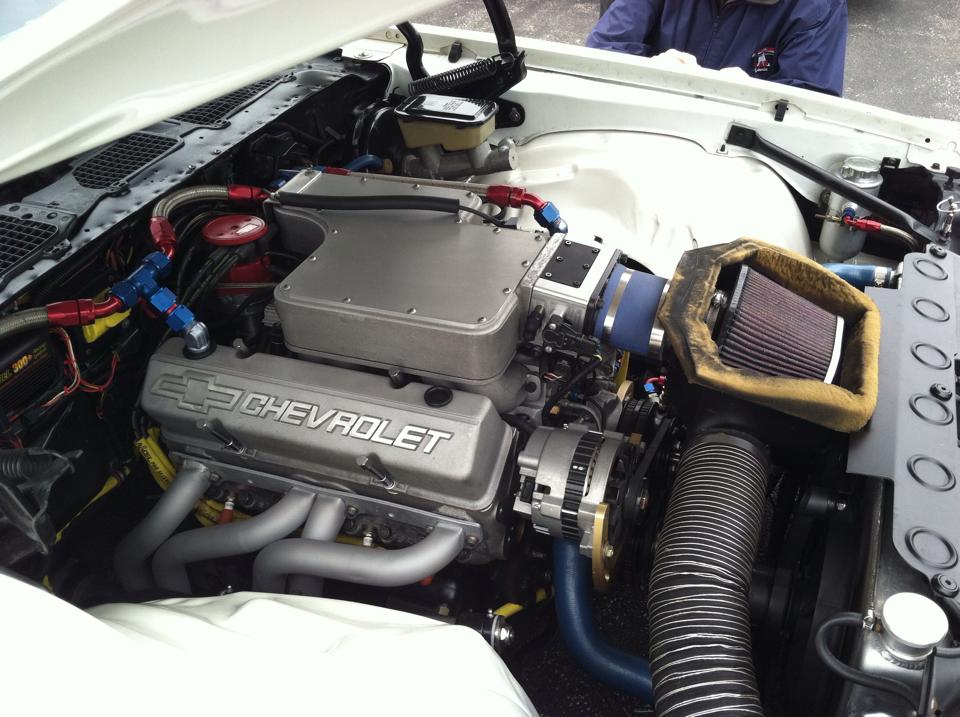 There are always a bunch of Porches. Fast, comfortable, reliable. Good cars for One Lap, Especially if you have turbos… This is This one does not though. Its a Carrera S driven by Alfonso Diaz And Jose Carro. 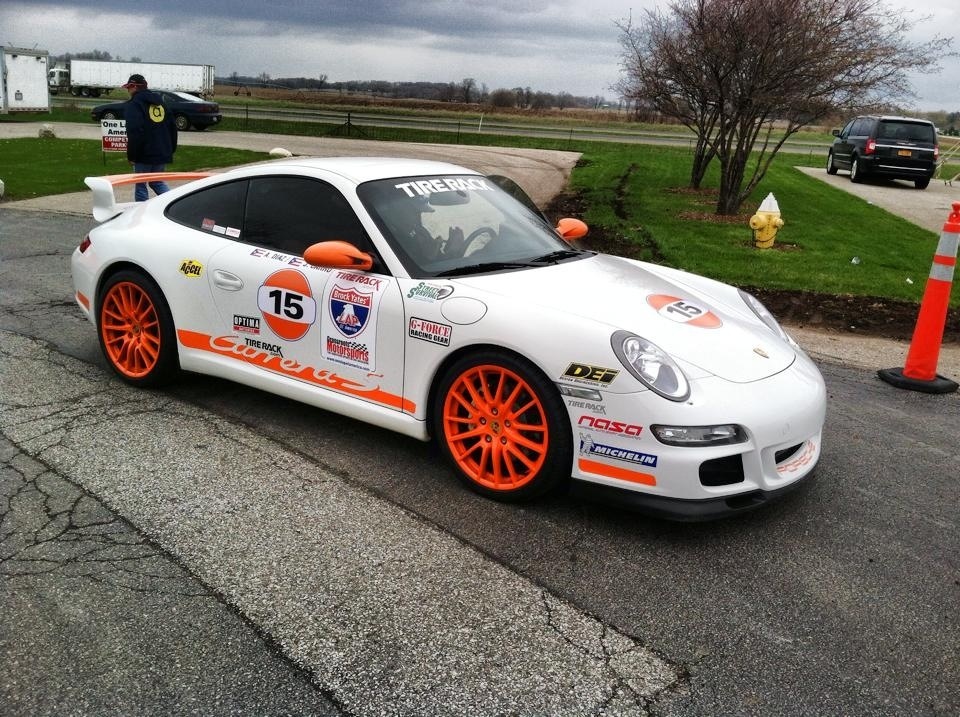 And the old school Porsches! Im pretty sure this car has run this event numerous times as it also was there in 2004 when my sister and I ran. Its a 1978 driven by David Carr and Curt Krempa. 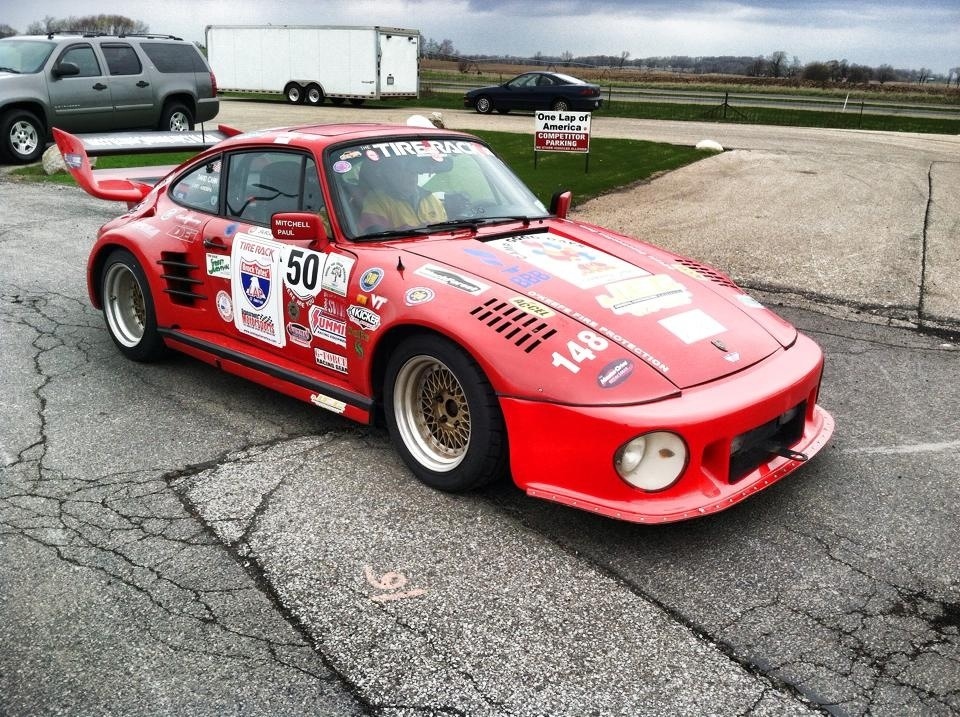 And of course there are the 944’s. Great track cars for the price. 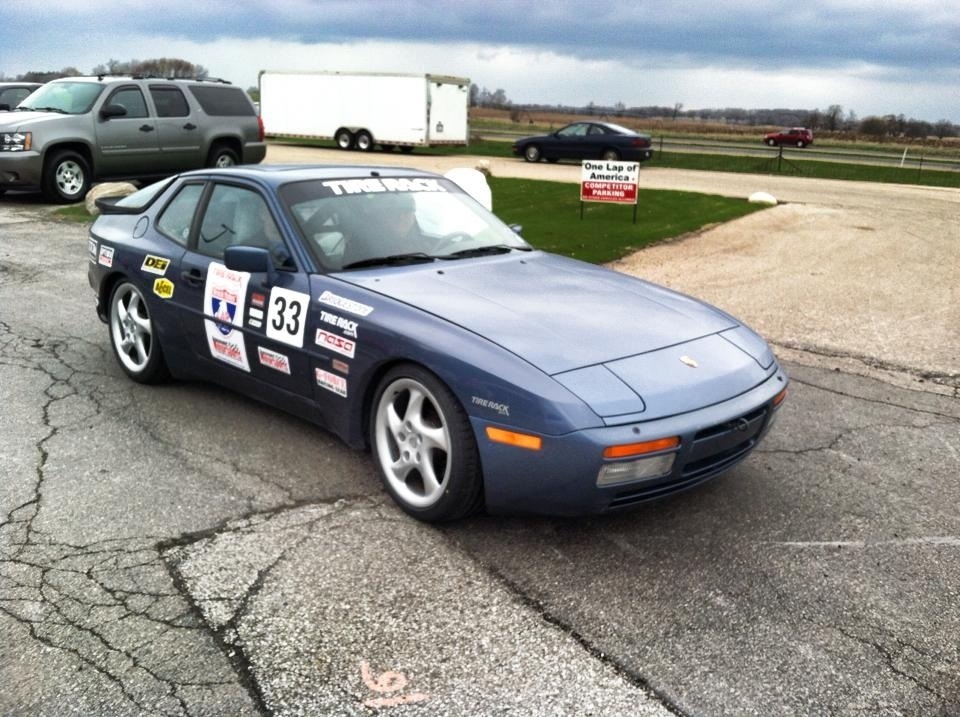 The number 32 is driven by Chris and Herman Porter. 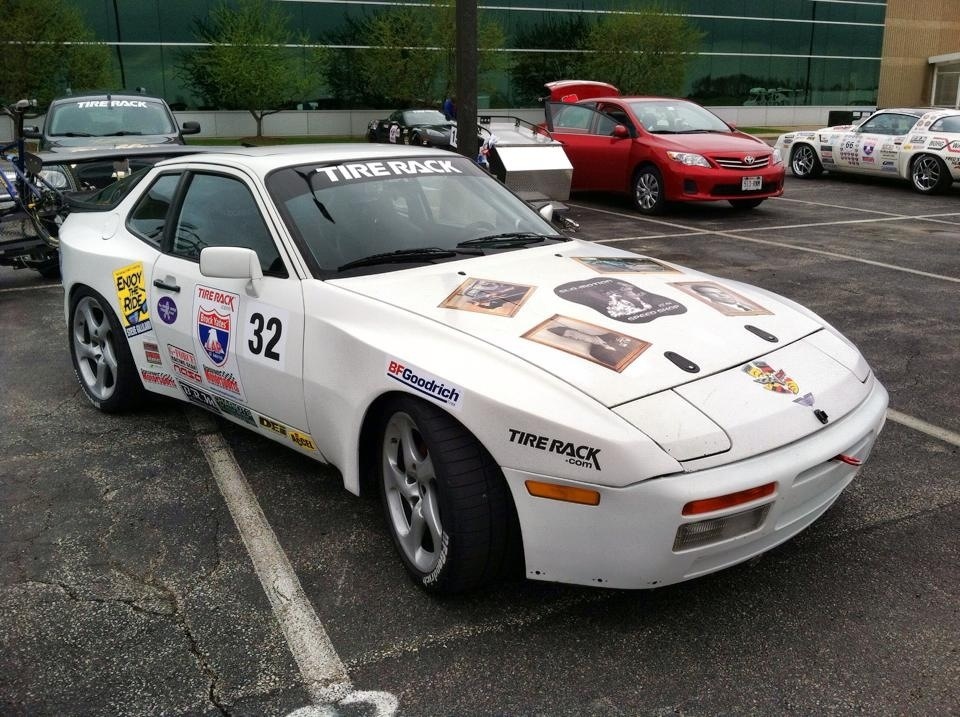 Something tells me this 944 is packing a LS motor from a corvette. Just a hunch…. 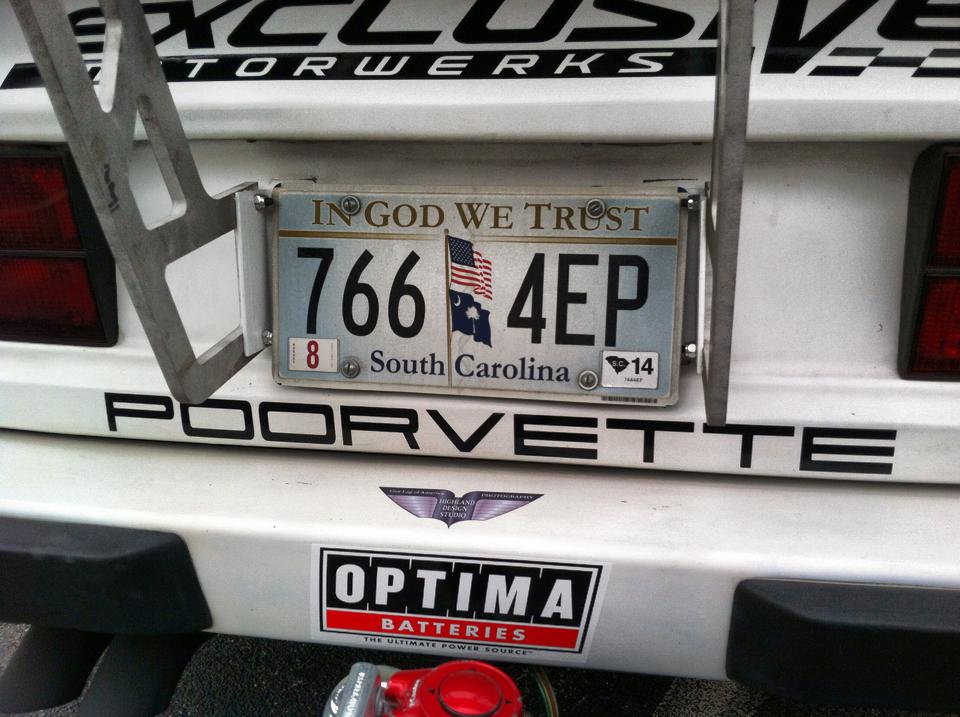 The Nissan GTR is still the car of choice for One Lap of America. It used to be the 911 Turbo but lately its the GT3. This one is driven by Catesby Jones and William Taylor. That wing looks big, but Im not sure about the supports… And what are the supports tied into? 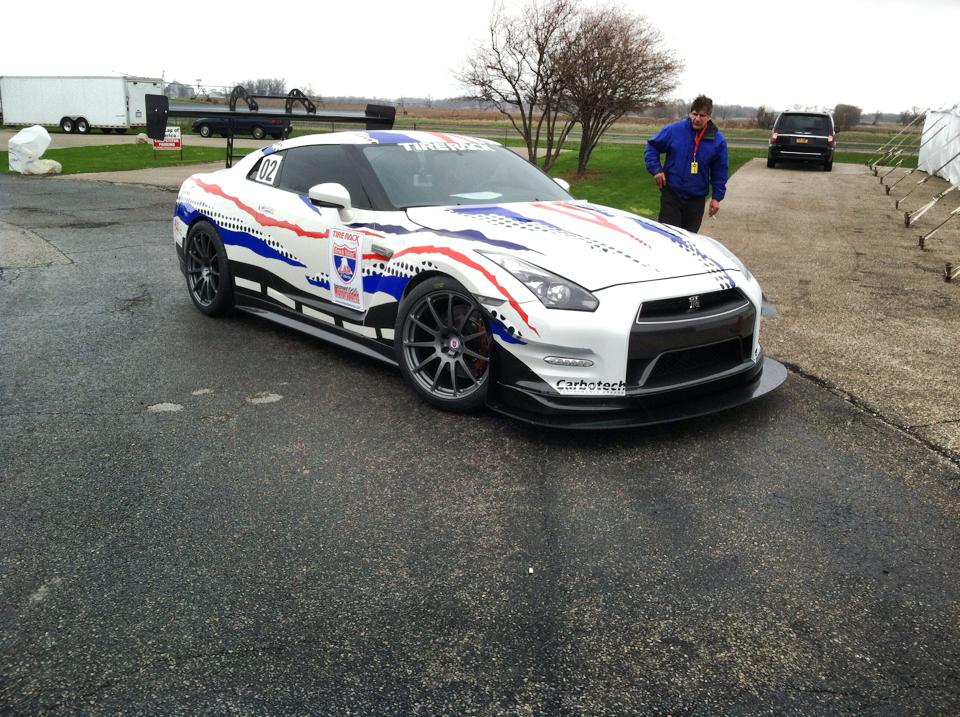 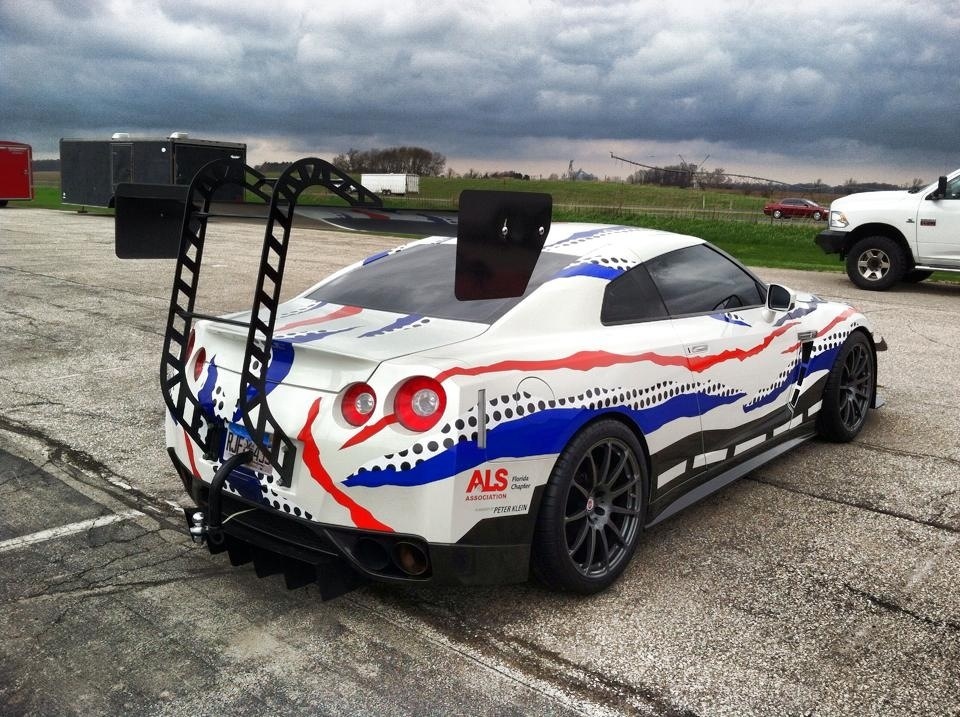 And Corvettes seem like a good choice and run high in the standings but without mad horsepower its just not a fair match for a 1000 hp GTR… Still a cool and fast car driven by Jim Roberts and Shane Litner. 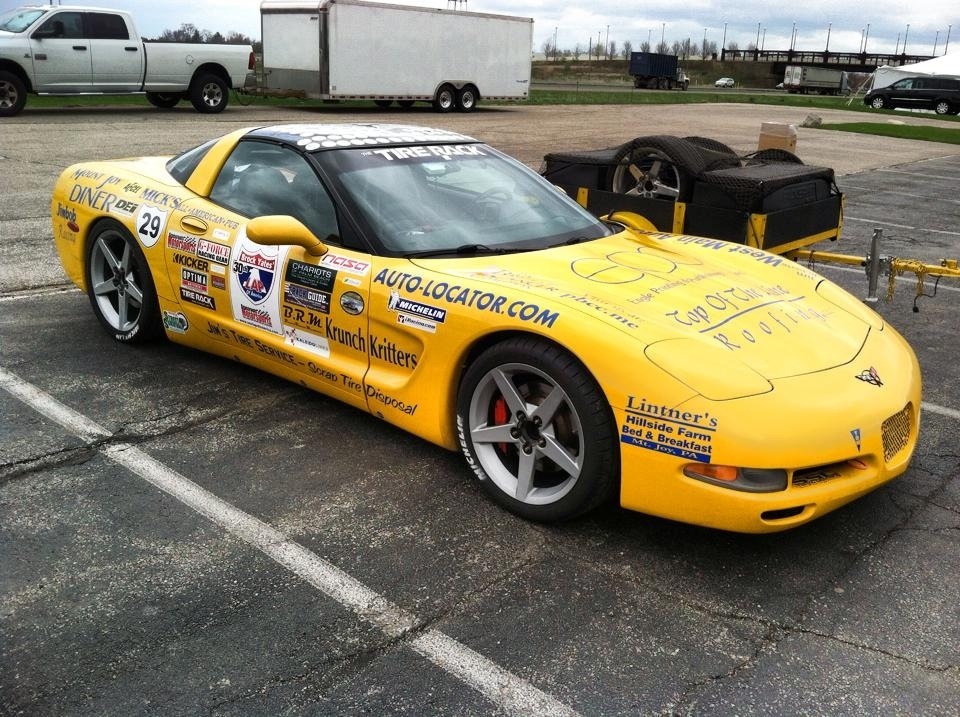 And the BMWs always show up and occasionally break into the Top 10 but are never really a front runner.  This is Woody Hair’s car who we met for the first time in 2004 when he was running his supercharged M Roadster. This car looks way more comfortable but needs more power to really compete. 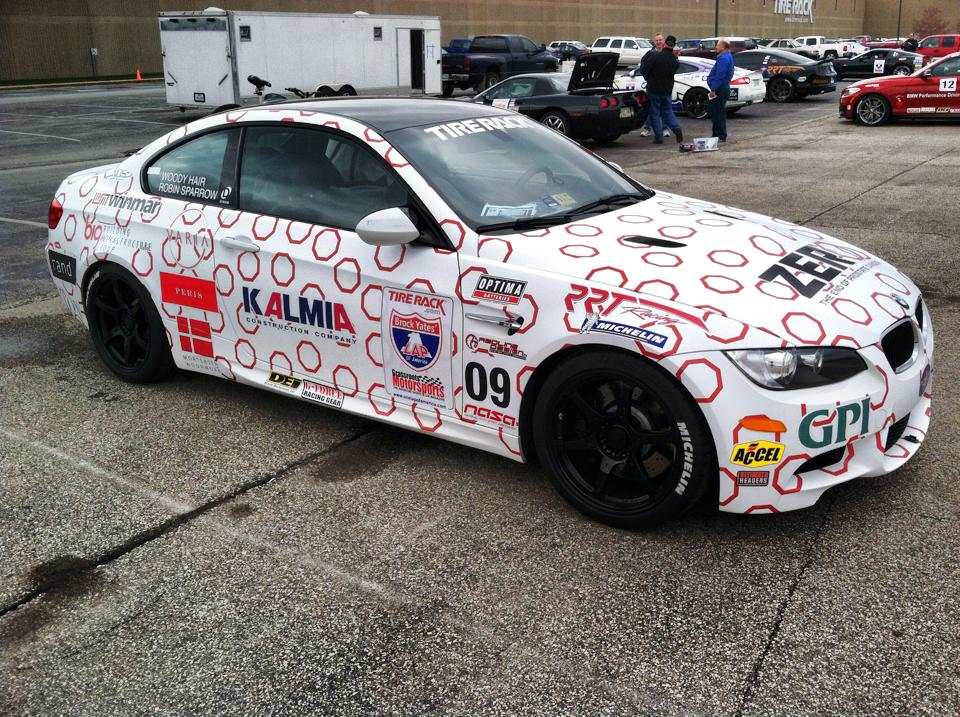 This is the new M235 entered by the BMW Performance Driving School. Again its a cool car and fast, just not race car fast. I could be wrong but again, well know more in 7 days. 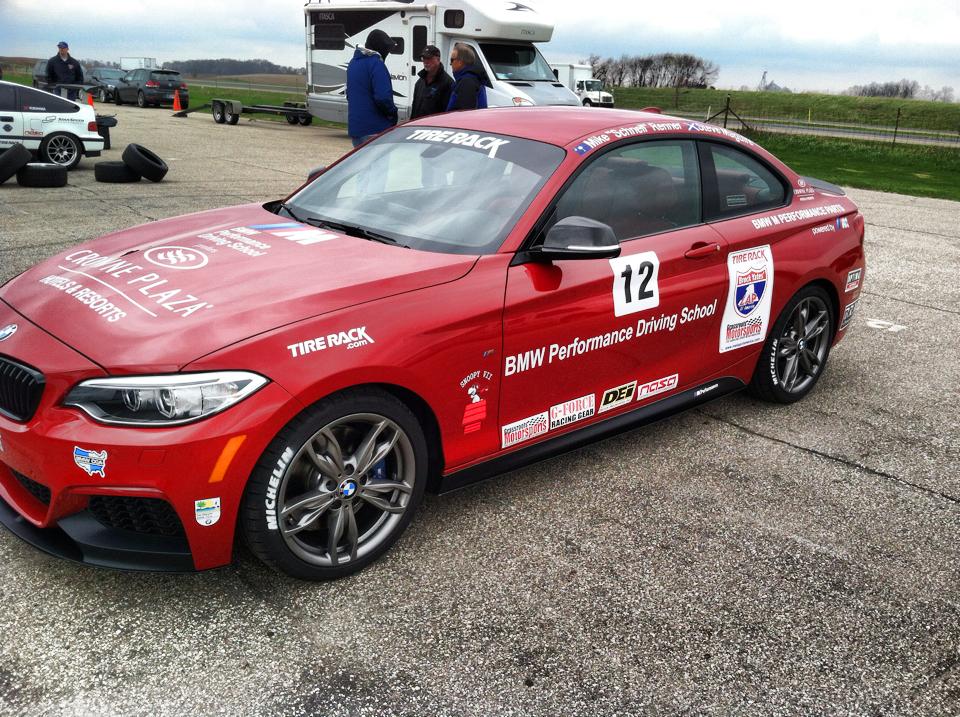 This is the cool part of One Lap of America. Every car is welcome. And some are sleepers. This could be a Crawford Performance Powered 600hp STI… its not, but it could be. Its driven by Misty and Matt White. 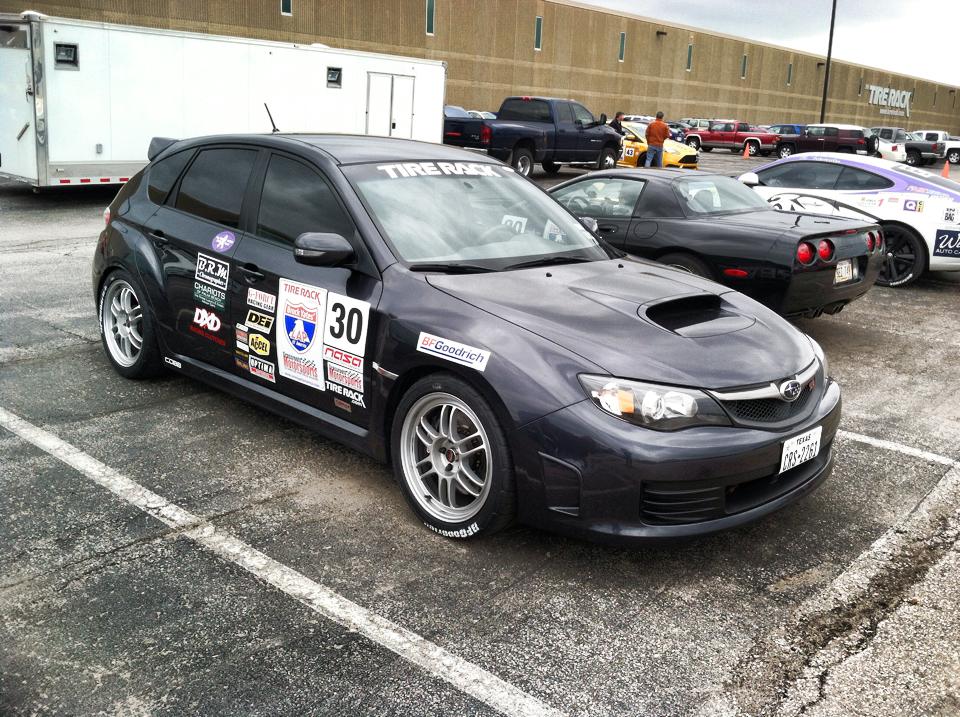 Oh you only have a Jaguar? No Problem. Enter it! This is Markon Trierweiler and Steve McGoldrick. 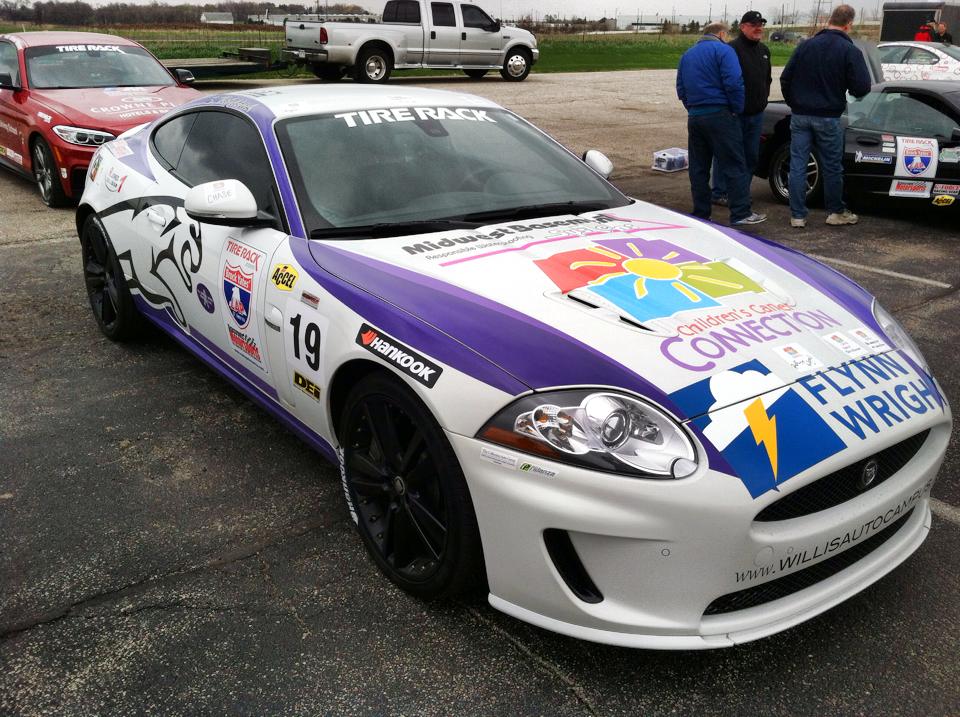 And this little VW looks pretty sweet. The questions is will it last and is it fast? We’ll find out but its driven by Reg Noble and Charles Richard Henry. 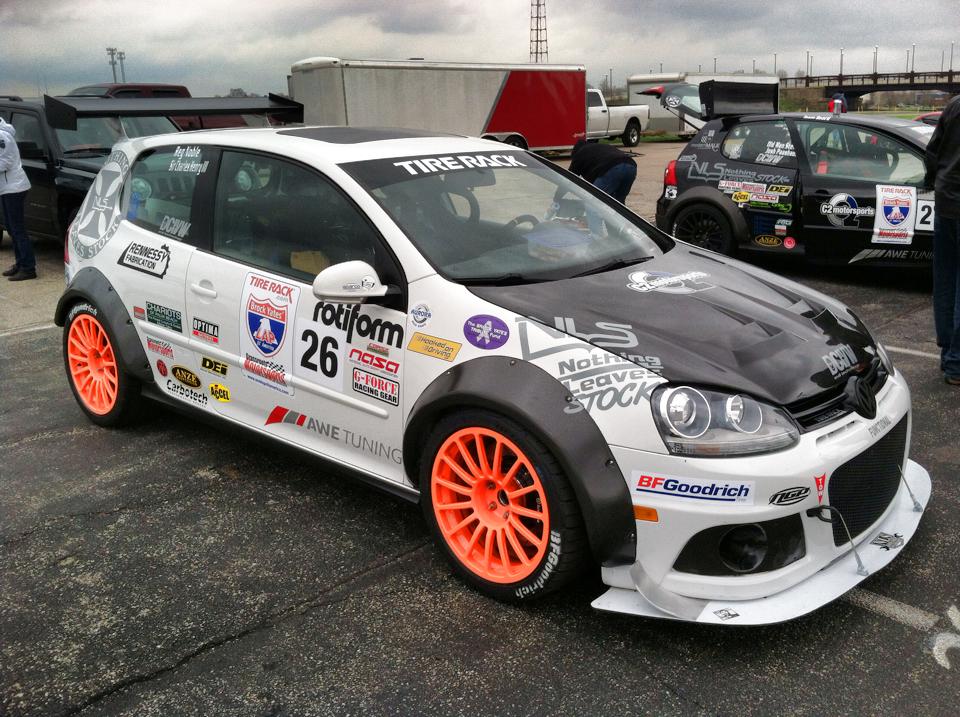 This ST looks pretty sweet as well! Again is it making mad power or just the family wagon? This one is Joe Woodward and Christopher Lewis’s entry. 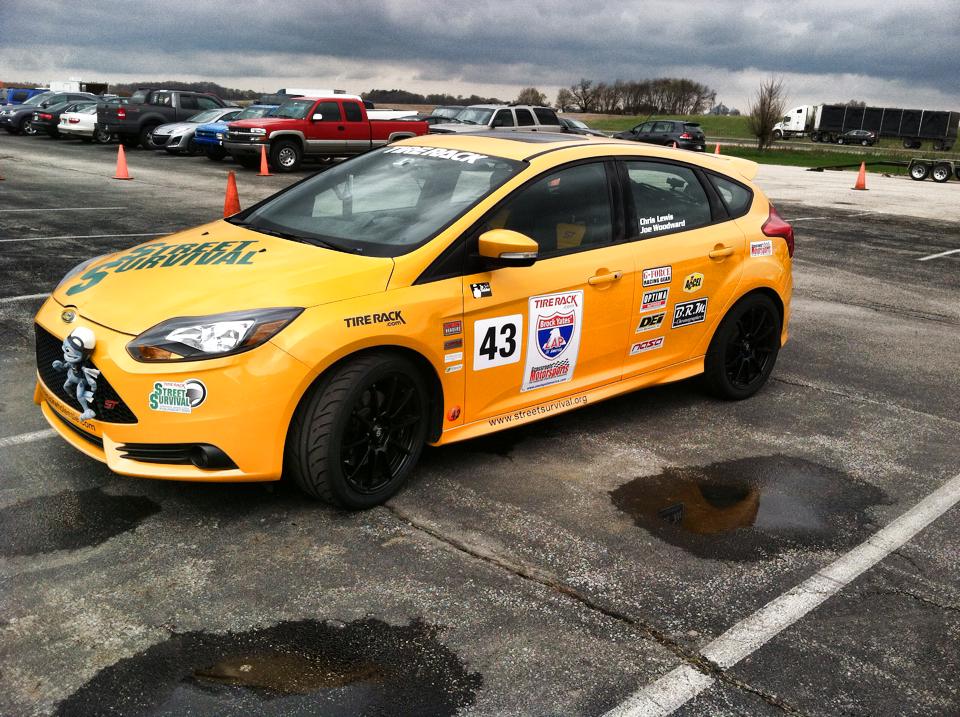 And of course old school Subaru’s are awesome! Based on the New York plates I think this is Michael Harvey and John Stuart. 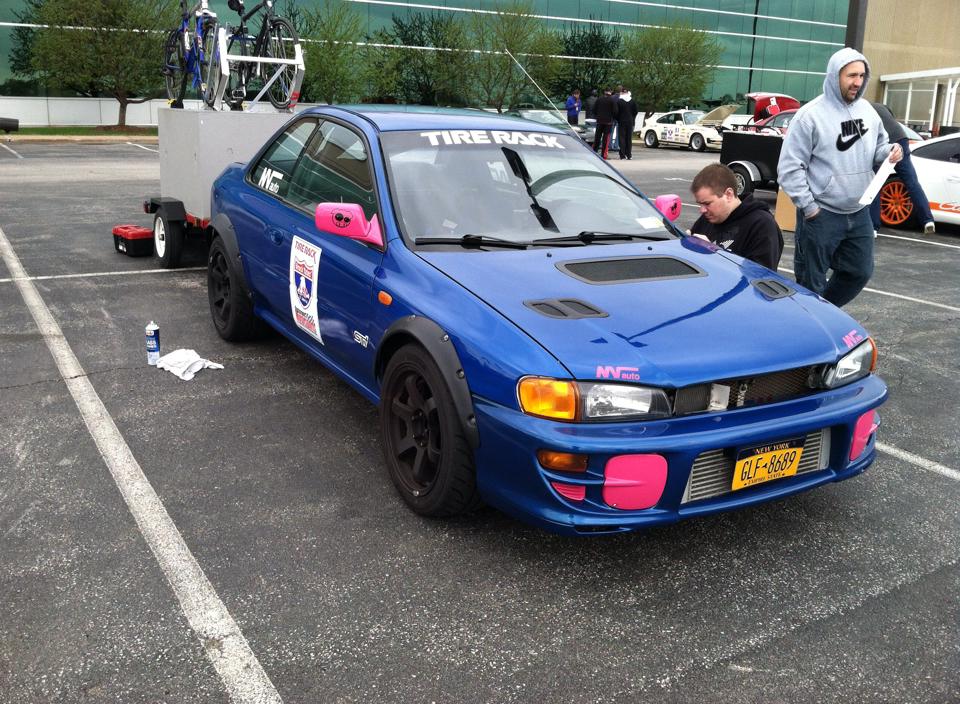 There are lot more cars in the field. These are just a few highlights and the full field can be found here.   Photos by John Harrison