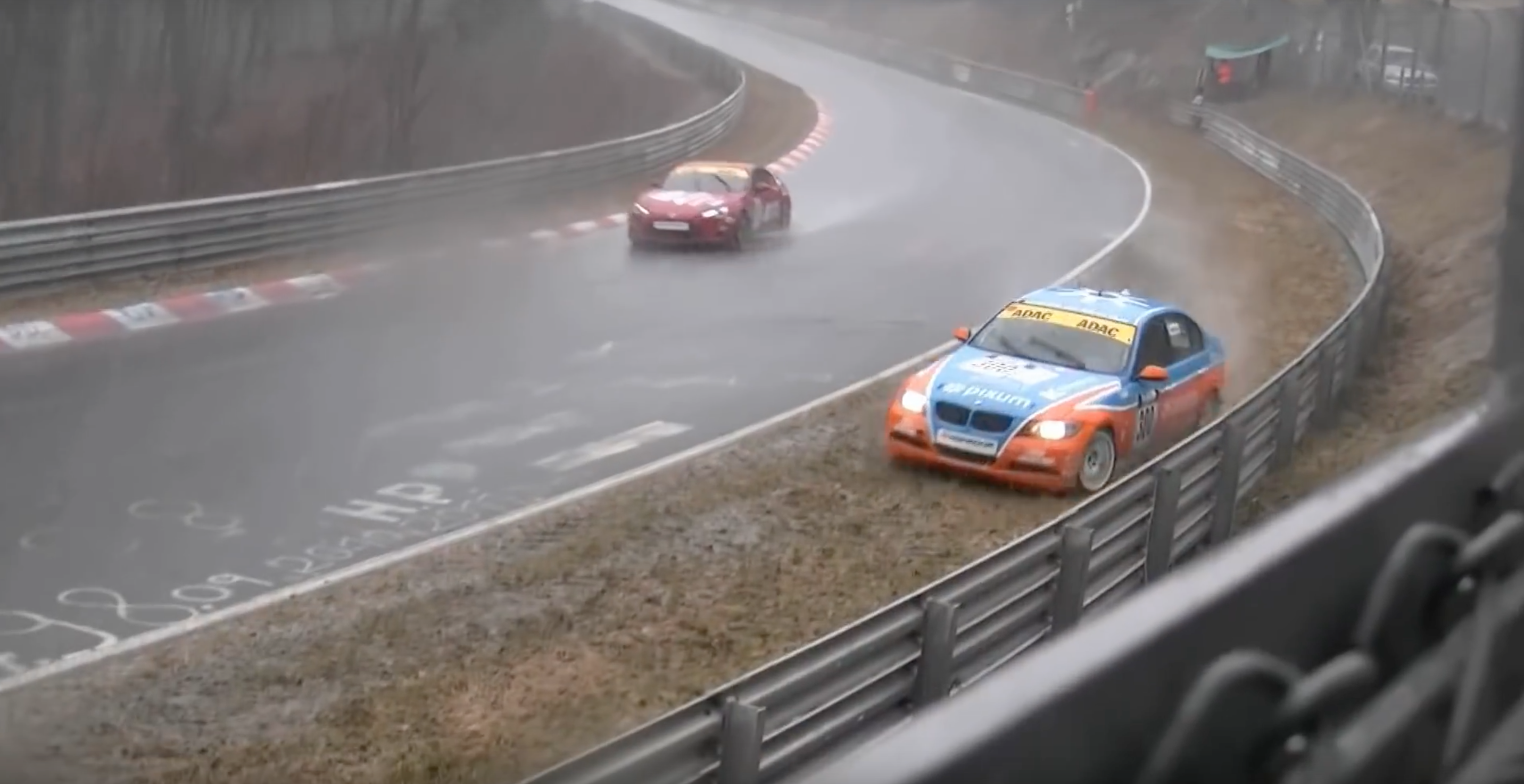 These are Nurburgring crashes from the 2015 Touristenfahrten VLN. Although to be honest there are quite a lot of good saves in there. I’ve certainly seen worse crash videos at the ring. But some are pretty unusual like the races or sessions in with a bit of snow on the ground. 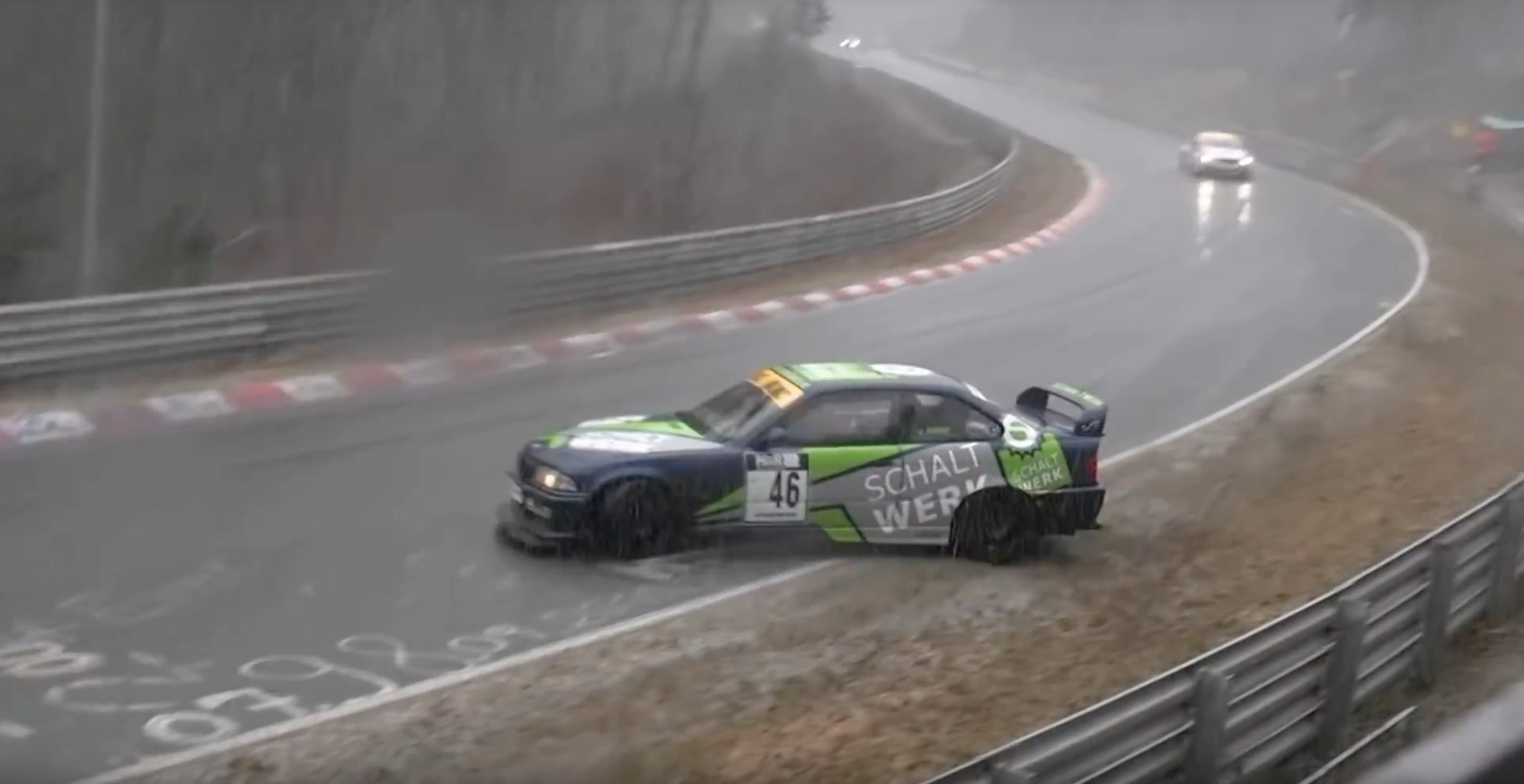 Then there’s this Corvette who comes screaming by on the outside(but on the left which is the way to do it) only to lose his wheel and flip his Corvette at the Nurburgring. 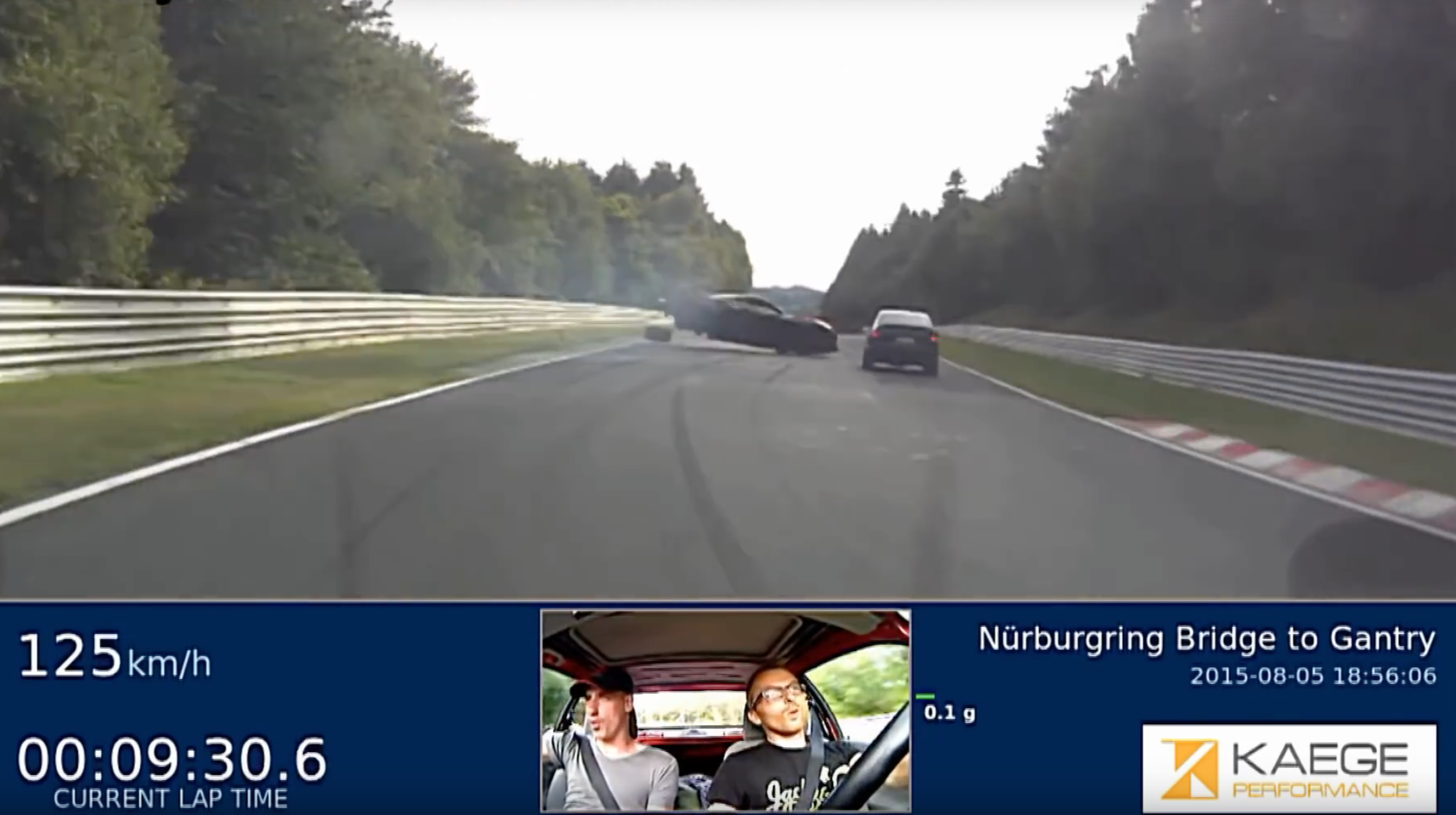 For anyone not familiar with the Nurburgring(I’m not sure how that is possible if you’re reading BRP), here is the rundown. The Nürburgring is an enormous motorsports complex(racetrack) located in the village of Nürburg, Germany. There is a Grand Prix race track which built in 1984, and a much longer old “North loop” track, commonly called the Nordschleife, which was built in the 1920s around the village and medieval castle of Nürburg in the Eifel mountains. The north loop is 20.8 km (12.9 mi) long and has more than 300 metres (1,000 feet) of elevation change from its lowest to highest points. This is the track people are referring to when the say “The Nurburgring.” It’s so menacing that Jackie Stewart nicknamed the old track “The Green Hell”.

Originally, the track featured four configurations: the 28.265 km (17.563 mi)-long Gesamtstrecke (“Whole Course”), which included the 22.810 km (14.173 mi) Nordschleife (“North Loop”), and the 7.747 km (4.814 mi) Südschleife (“South Loop”). 1Between 1982 and 1983 the start/finish area was demolished to create the new GP track which is used for all major international racing events. The shortened Nordschleife is still in use for racing and is combined with the GP track for larger events like the VLN series and the 24hrs of the Nurburgring.

Anyway, back to the crashes. I don’t want to ruin all them so watch for yourself.