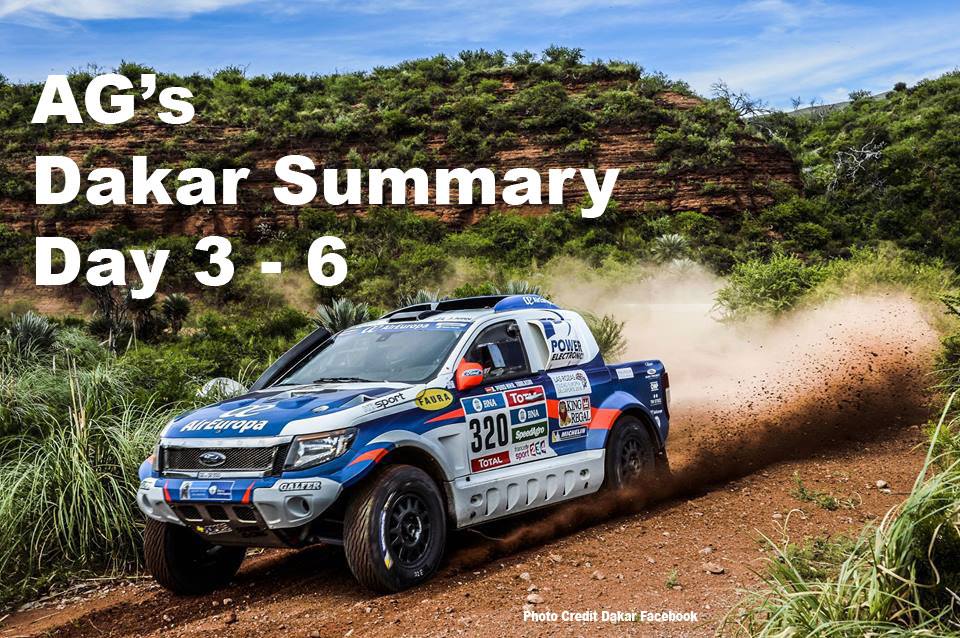 SS3 and SS4
Bort getting silly speeding penalties, 1 minute and then another the next day for 5 minutes

Wednesday was super high altitude racing, 11,000 plus feet. some riders passed out and crashed on stage. vogels puked twice inside his helmet, had to slow down a bunch. The next day, racing up to 15,000 feet.

Creed, the other driver on the Robby Gordon team, is actually ahead of Robby. Robby’s getting some penalties. It’s 63 minutes for speeding. Unsure how that comes out. 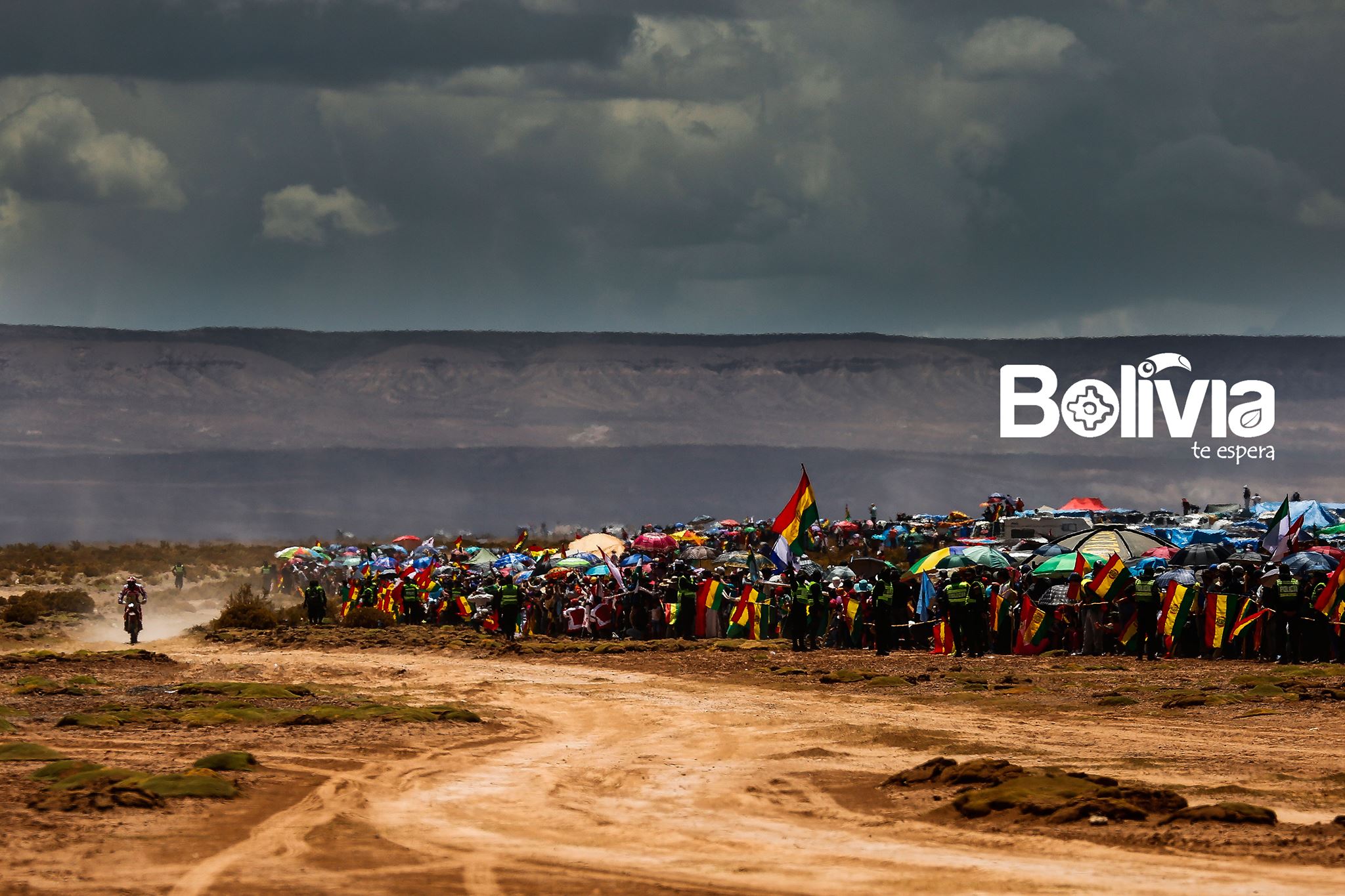 The field has made it to Bolivia. The president of Bolivia greets the racers on the Podium! 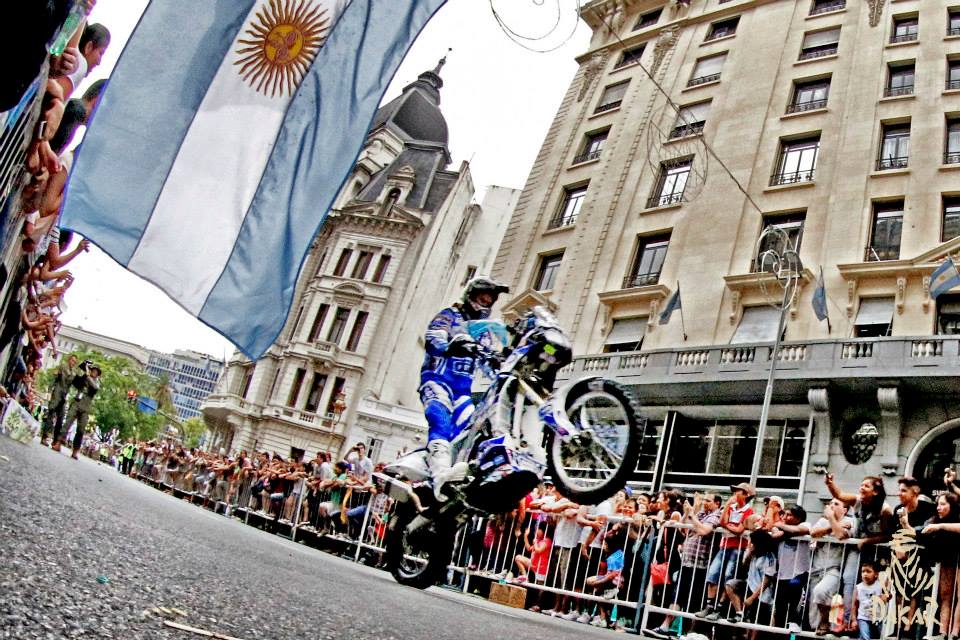 Aussie Toby Price has a really good run on the marathon section (two days where you’re on your own, no service trucks overnight)

Huge hole in Sheldon Creed’s windshield. Looks like a bowling ball went through it. Turns out they kicked it out and used goggles, because they were getting lots of fog on the inside. 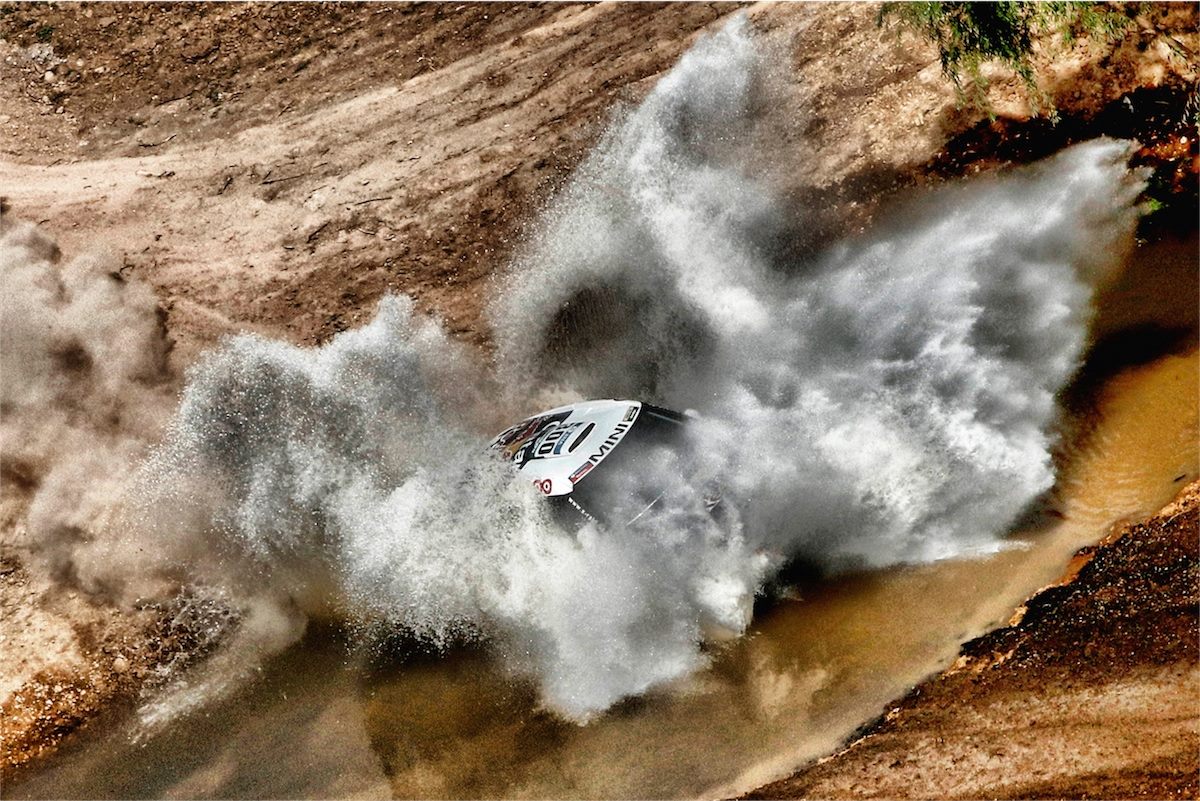 Nassar is admitting defeat, which after years of his smugness I’m happy to see:

“It’s unbelievable! Yesterday and today never have I pushed in my life like this. If you ask Matthieu, he will say that we drove at more than 100%. But we have no chance against the Peugeots, no chance. It’s impossible, if the Peugeots don’t stop, it’s difficult to catch them. I say really well done to Peugeot, to the team because completing two marathon days without any technical problems is very, very impressive. Their team is working very, very well.

From the first day until now, the Peugeots have won every stage. Yesterday and today I was pushing like hell, but I couldn’t catch anybody from the Peugeot team. If you see the other competitors in 4x4s, some of them still haven’t finished. But really, I am so impressed with Peugeot. I think the team are doing a really good job and testing since last year a lot. Well done to the team, well done to Peugeot. It’s unbelievable. I know the buggy is fast everywhere, even on the top speed bits. The problem is that the Mini has not really improved in development. But we did what we could do, well done to Peugeot. I just need to concentrate on my job now”. 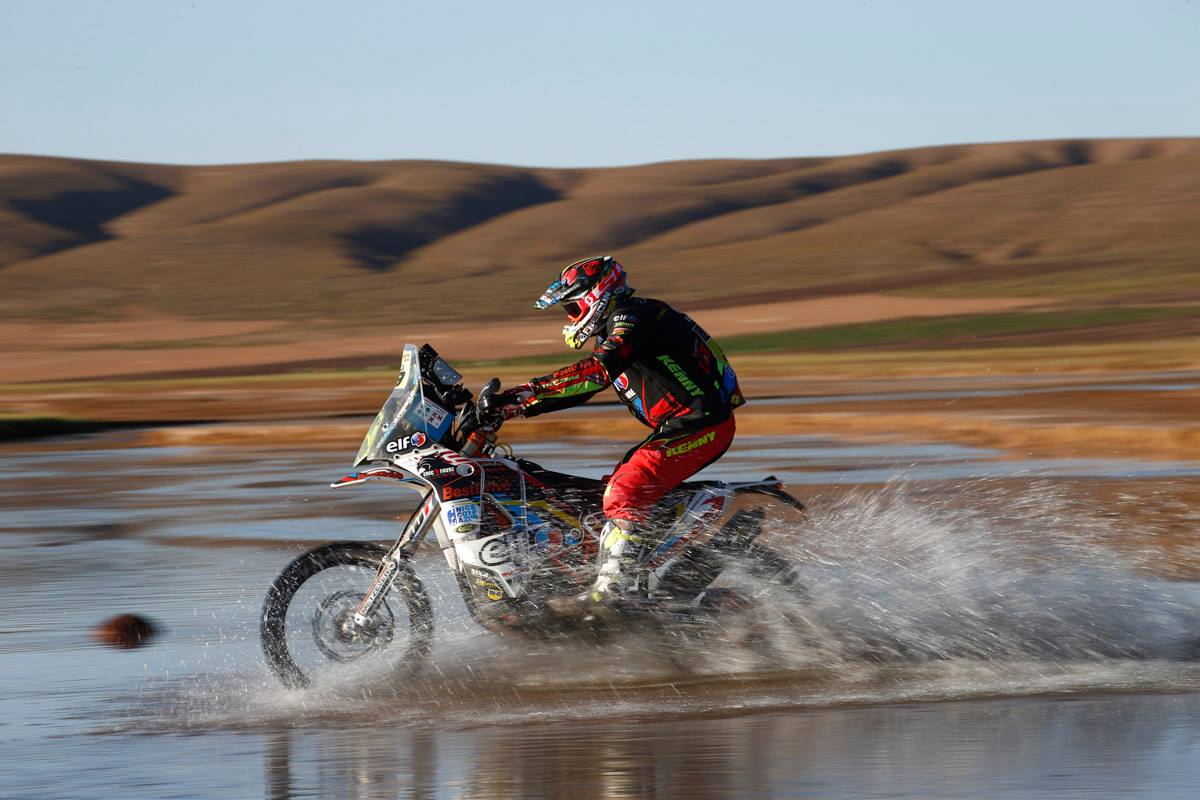 There are rumors he’s already ordered a Pug for next year.

Ondrej Klymciw had big crash on the 40th.km of the first part of marathon stage.

For some reason, the FB translator is translating Sebastian Loeb => Sandra Bullock 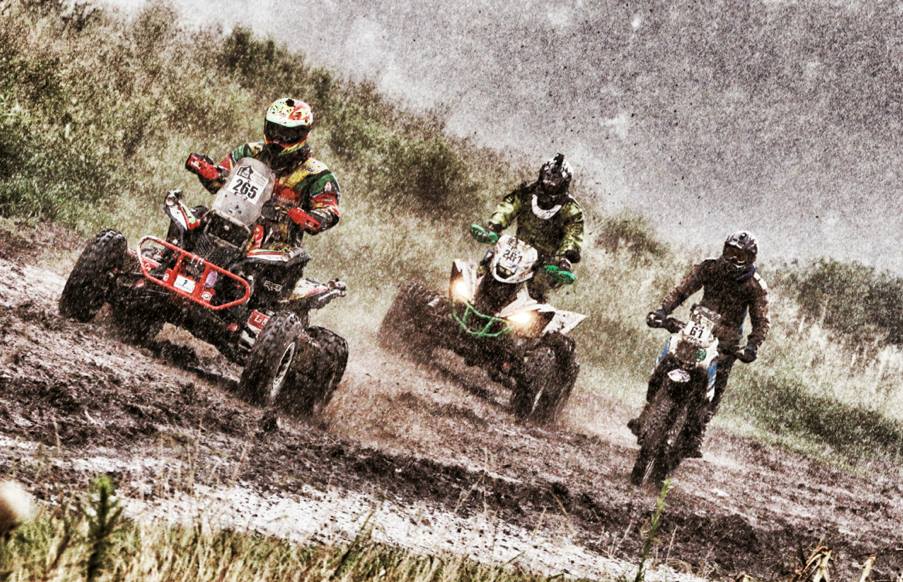 SS6:
last year the blast across the salt flats wiped out lots of teams. This year they’re going around the perimiter.

Bort, who set the pace in the early days of the race, stops with engine problems at KM203. Another honda
teammate Paolo Ceci meets him, they begin towing Bort to the finish. The tow rope snaps at least ten times,
they wait for more assistance, finallying getting to the finish five hours behind the leader. Bort drops from 3rd to 70th. 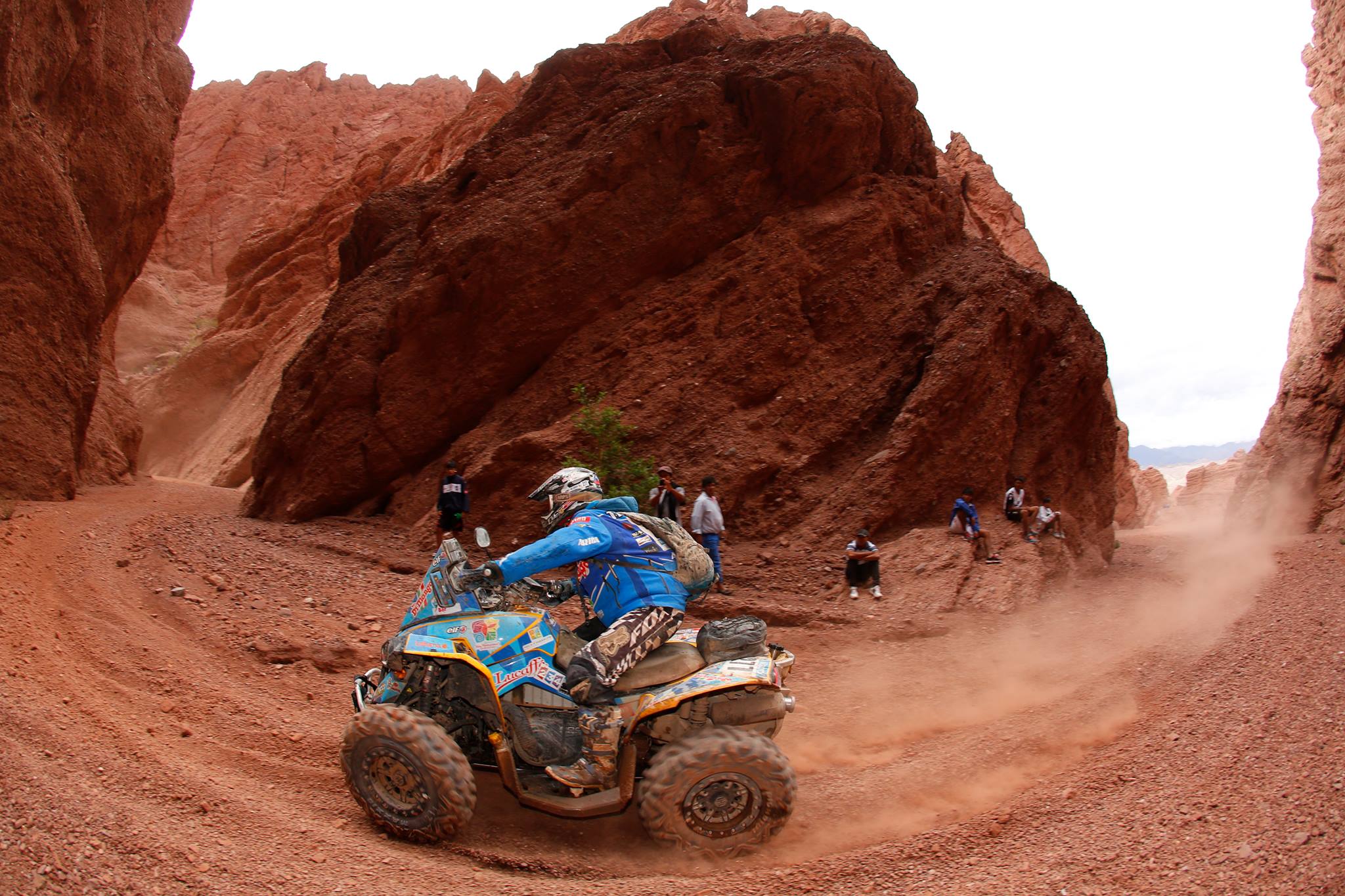 One of the indestructable Hilux trucks, 311 Ten Brinke, burned up. Happened in just minutes. 🙁

Man Peugeot is still super fast. Oh, and it turns out that Michelin (French company) has a whole new tire design this year… but only for the… Peugeot team (French company) at the Dakar (French sanctioning body). Mini and Toyota??? Suck it, you guys get
last year’s design. 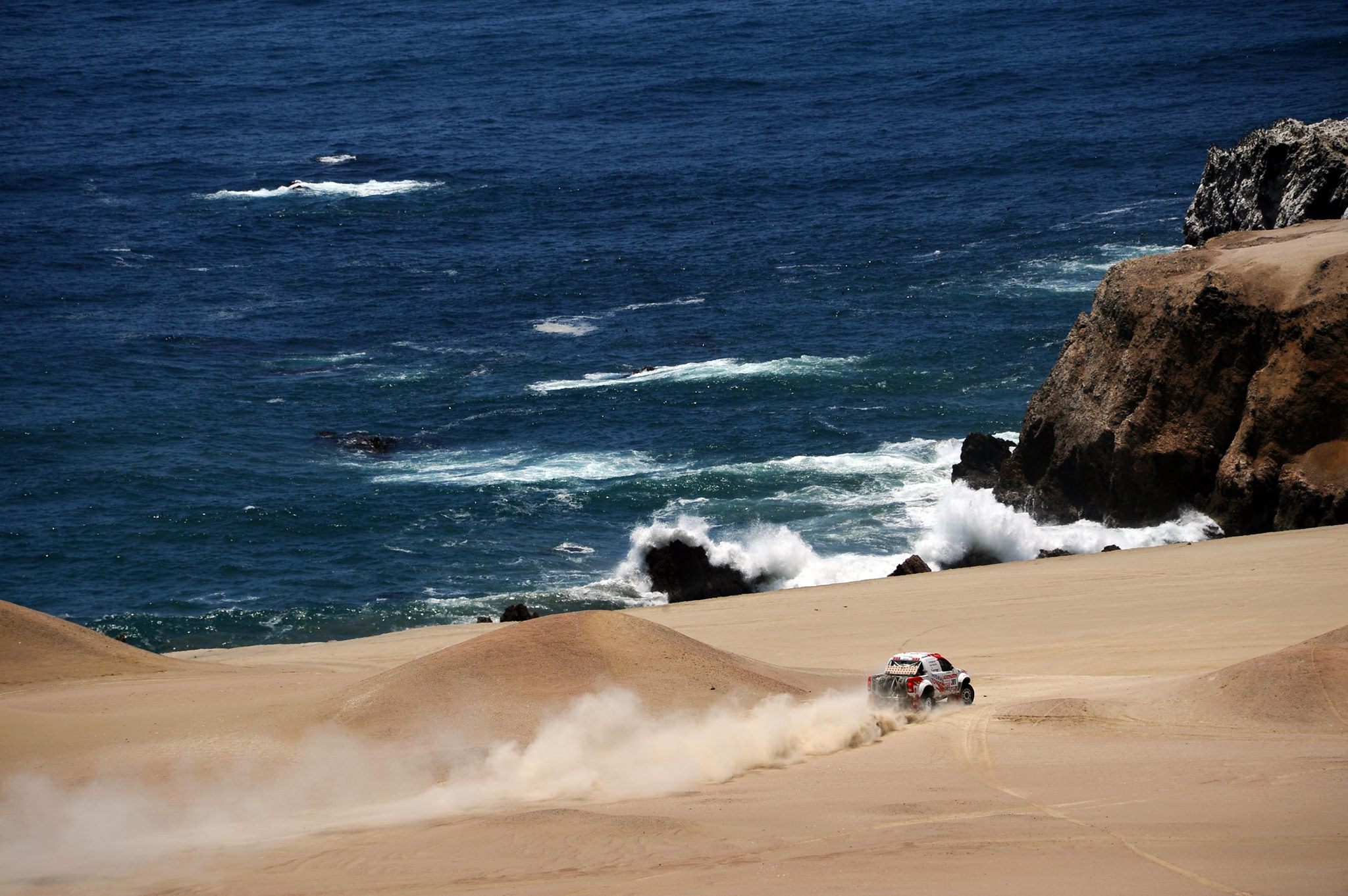 Toby Price managed to lead the stage, take on the task of navigation with no tracks in front of him, and STILL have the best time. Good on ya mate!

Sheldon Creed steers with vice grips… for the last 150 KM!

Annie 373 ends up sleeping in her Desert Warrior at 4000 meters and can tell you that it’s very cold up there. 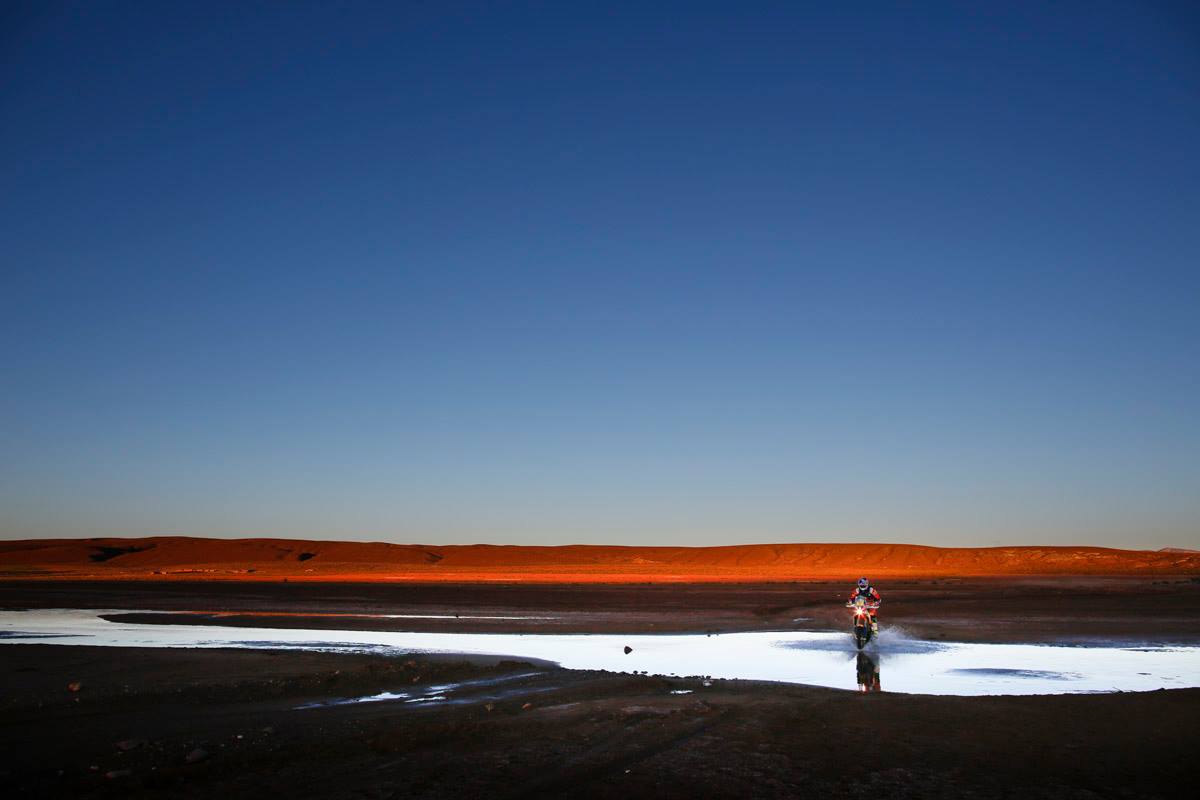 SS7:
This stage (which is broken into two pieces) is halted as massive thunderstorms come through. The sudden rise of water levels in a río around kilometre 350 precipitated the decision.

Spectator death at KM82 of SS7. The driver wasn’t a front-runner (he was about 60 cars back). So by the time the racer got there the entire bike and quad fields had gone through, and about 2/3 of the cars. Sunday was the rest day. But… 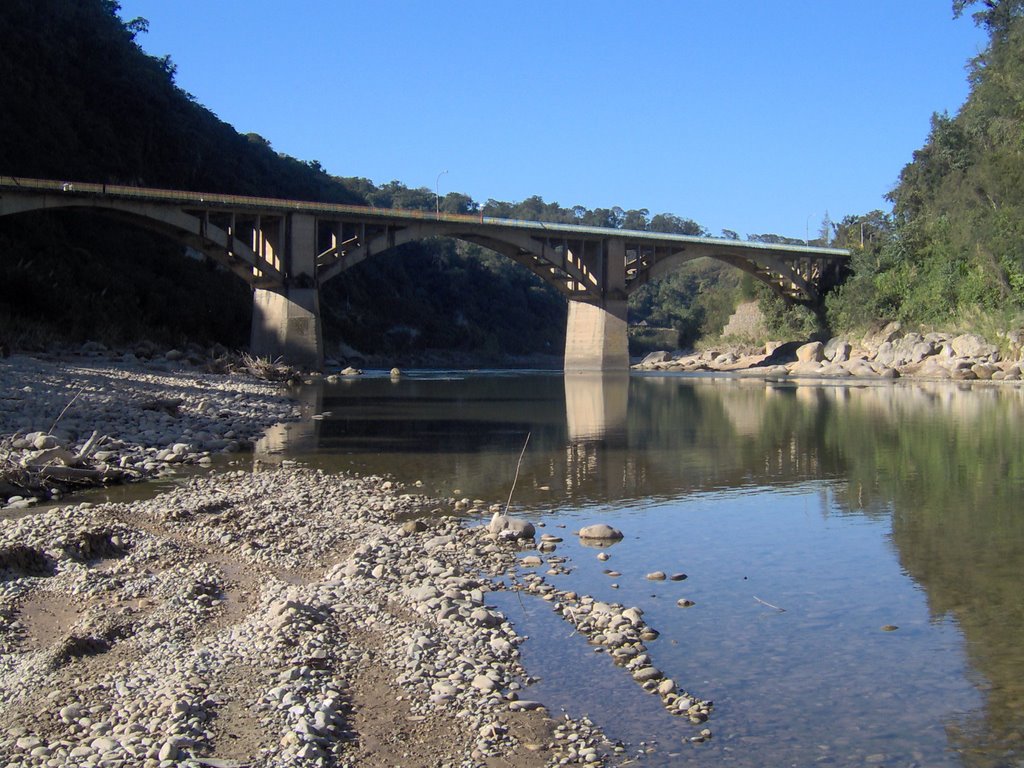 This bridge is three hours from the biviuac for all the service vehicles. It’s underwater. They’re all waiting at a gas station, where they’ve eaten all the food. This means that pretty much all the support trucks for teams were not AT the rest day when the racers pulled in. They cleared a bunch of debris from the bridge and some (maybe 30ish) trucks made it across, with what sounds like water still flowing over the road of the bridge, but then due to the bridge shaking they closed the bridge again, leaving most of the support trucks still on the stuck side. Here they are trying to clear it: 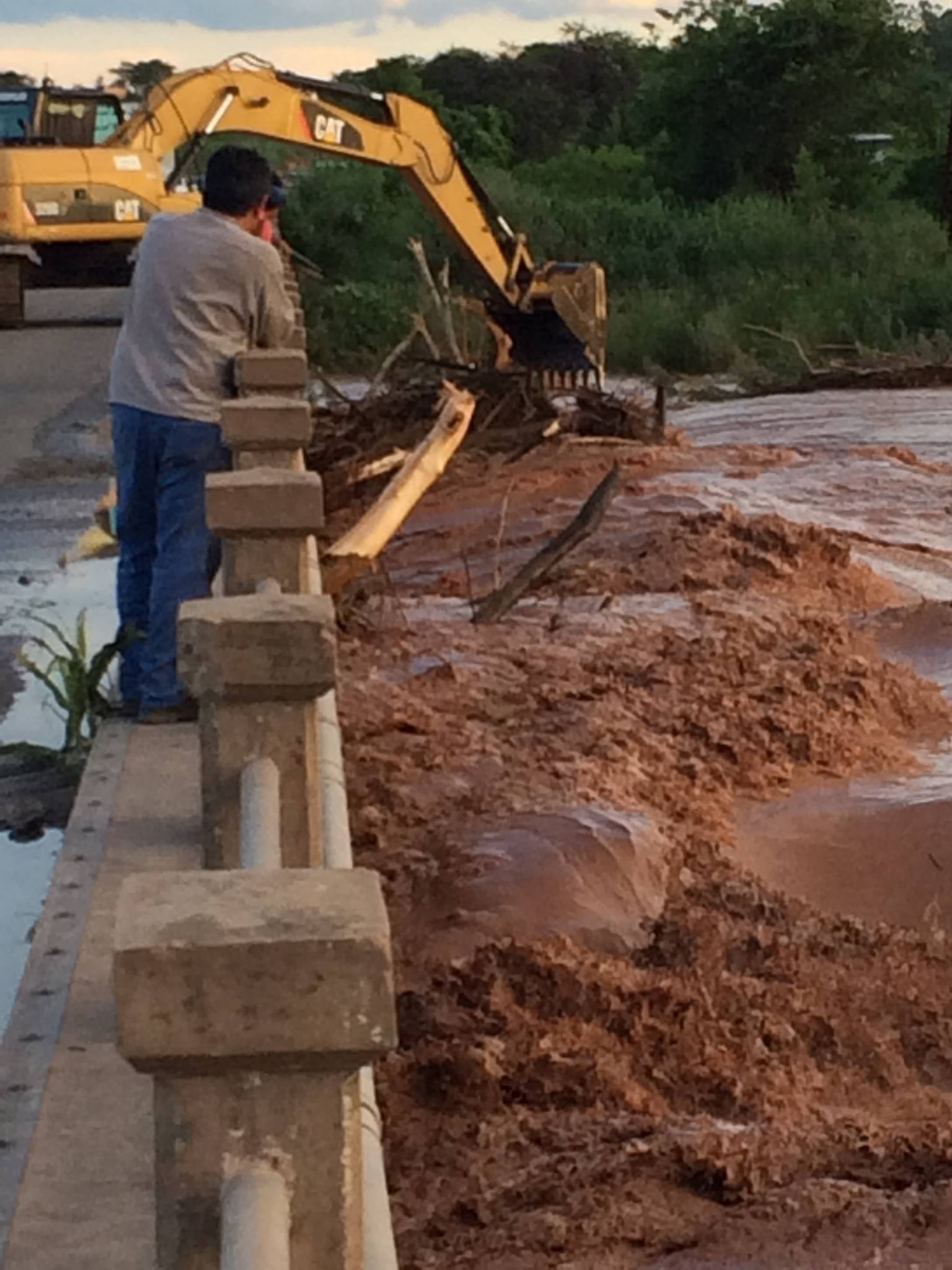