Jerusalem, Mecca, waterfalls, lofty volcanoes, and even large monolithic rocks: every faith has its own holy site. Among the followers, clergy, and shaman of the motorsport world, the Nurburgring also has this distinction. This place is special, this track is special, and it is like no other racetrack on Earth. Just say the name to yourself, ” Nurrrrburrrgringgg” and let it hang in the air for a while. What could have been a meandering toll road between towns was instead made into one of the most challenging, dynamic, and dangerous racetracks. This is Green Hell: this is where the world’s greatest sports cars are trained, tested, perfected, and then pushed to their very limits. Now take all 17-plus miles of this sacred indomitable tarmac and open it up to 150+ cars in multiple classes for a 24-hour long endurance race battle royal. Welcome to the “WrestleMania of Motorsports”: The ADAC Rennen 24 at the Nurburgring. These are moments from the 2013 event taken by Build Race Party’s own traveling photographer, Elan Newman (flying lap photo): 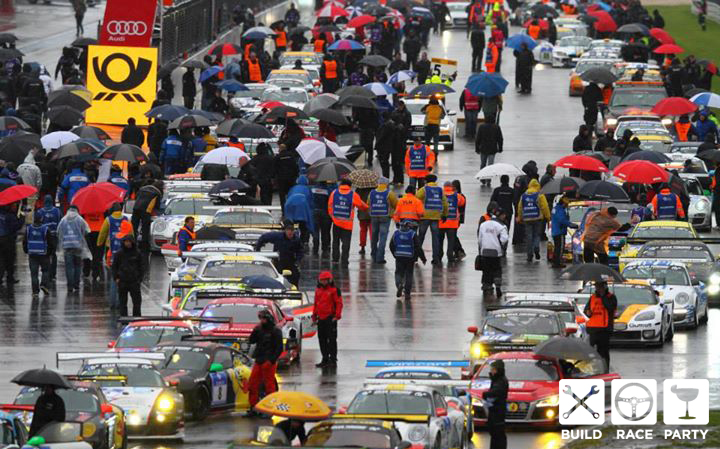 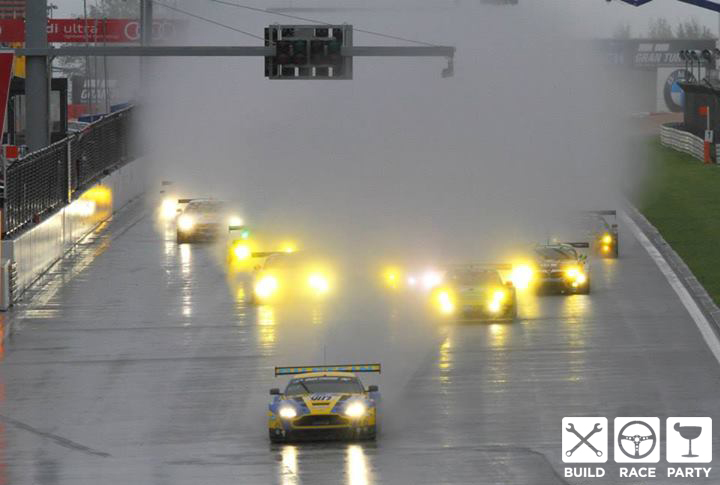 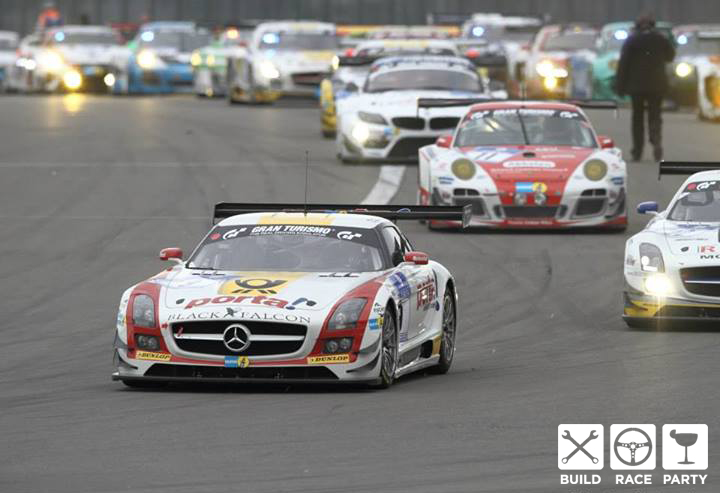 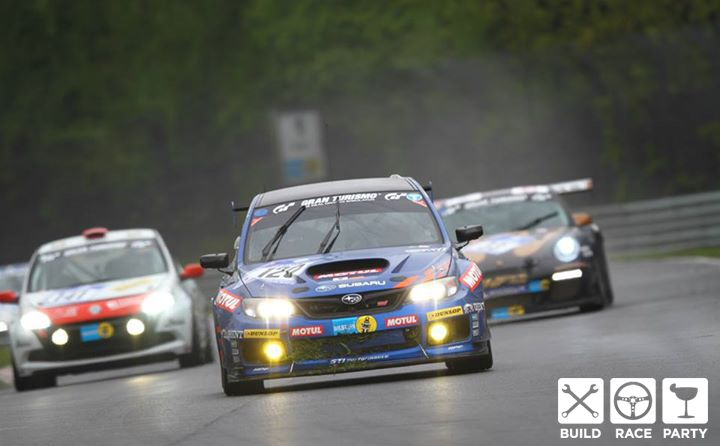 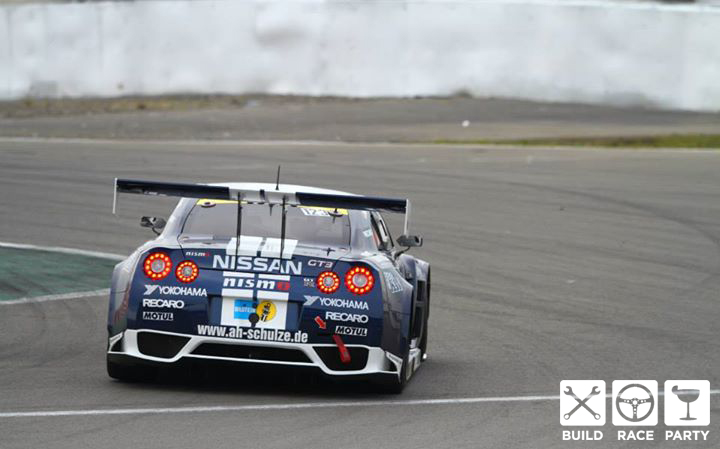 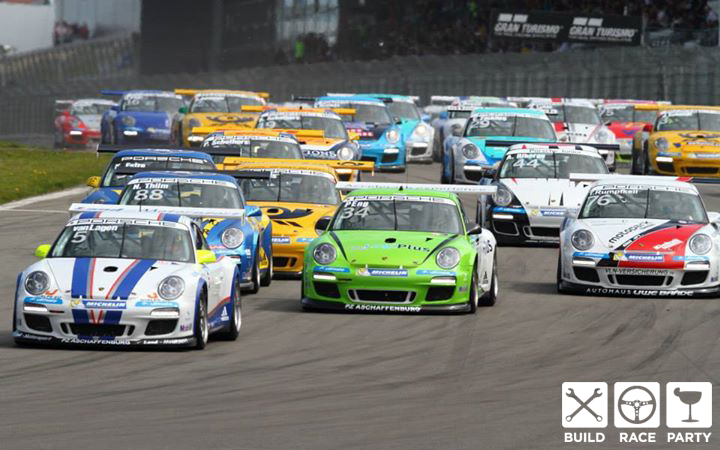 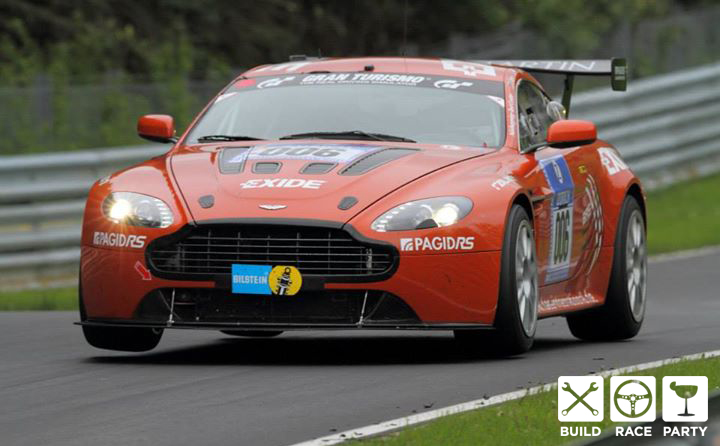 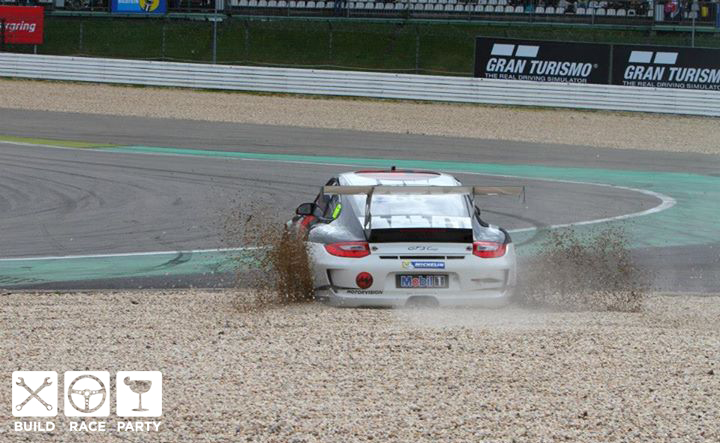 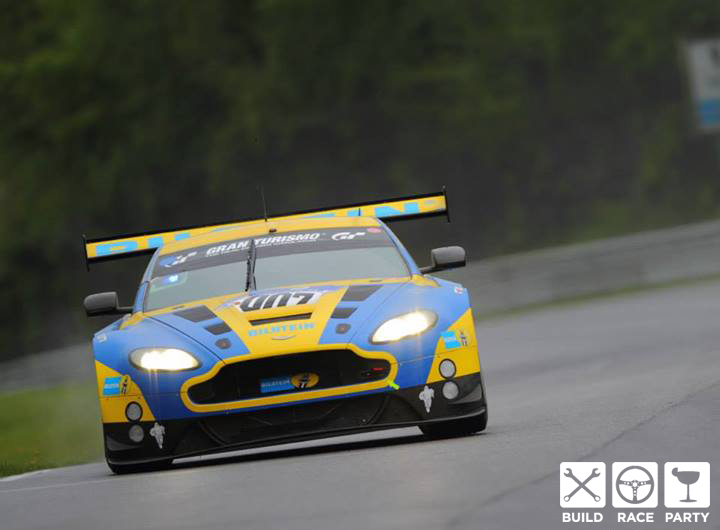