Thursday 13 June 2014: The revolutionary Nissan ZEOD RC has recorded the highest ever speed by an electric vehicle at Le Mans with Japanese ace Satoshi Motoyama reaching 300km/h on the Mulsanne Straight in qualifying for the Le Mans 24 Hours. 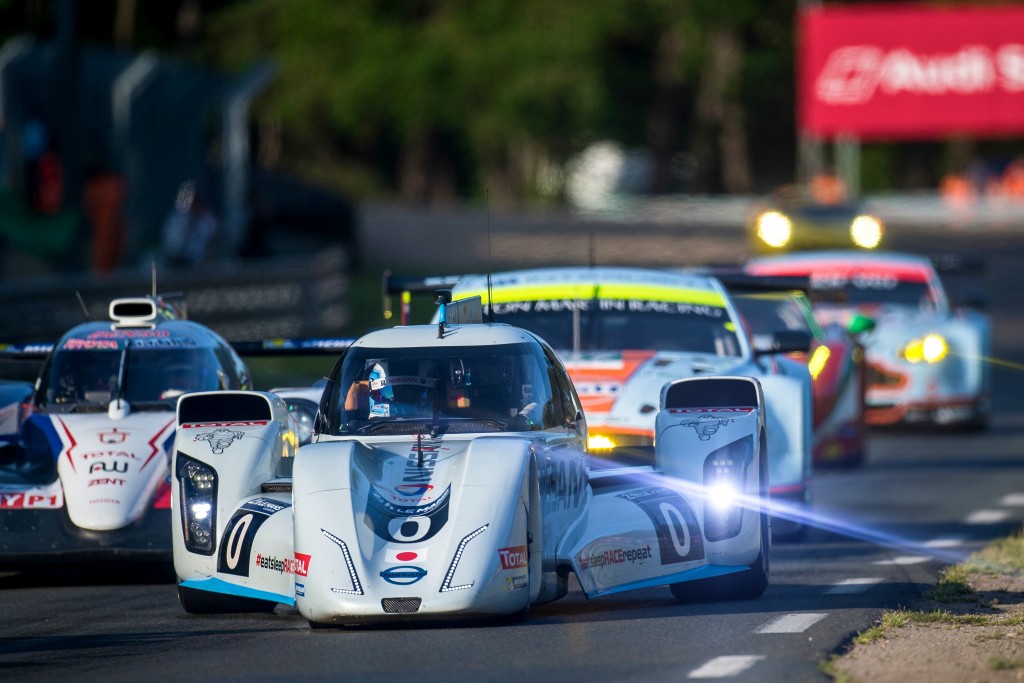 Motoyama reached the speed on his electric run, achieving one of the key goals of the unique prototype which features a dual electric/internal combustion engine powertrain featuring a pair of 110kW electric motors along with a remarkable 40 kg, 400 horsepower 1.5 liter three-cylinder turbo engine.

The ZEOD (zero emissions on demand) permits the driver to switch back and forth between the two power sources.

Motoyama achieved the target on his first run in the car after he missed out on driving on Wednesday night to a gearbox issue in the first session and a series of session-stopping red flags during the night.

“I drove ZEOD at Le Mans for the first time and instantly we were able to reach our target to run at more than 300km/h with electric power only,” Motoyama said.

“I was so surprised with the speed and power of electricity and it felt great. In yesterday’s session we had some trouble with the gearbox in the first session then we had a heap of red flag periods and I didn’t get the chance to get into the car.

“But the guys on the team did a great job to fix the car and I and I was able to get started tonight right at the green flag tonight.

“Our first target of the top speed of 300 km/h with electric power is done and I think that was a really good first step.”

Motoyama along with GT Academy winners Lucas Ordóñez and Wolfgang Reip all drove multiple stints aboard the ZEOD tonight – each recording their mandatory five night laps.

The Nissan ZEOD RC competes at Le Mans this week in ‘Garage 56′ – an additional entry for vehicles showcasing new and innovative technology.

The team’s next goal is to complete an entire lap of Le Mans under race conditions using nothing but electric power. The Nissan team also revealed data from tonight’s record-breaking lap showing the internal combustion engines revs at zero, yet the car topping 300km/h. 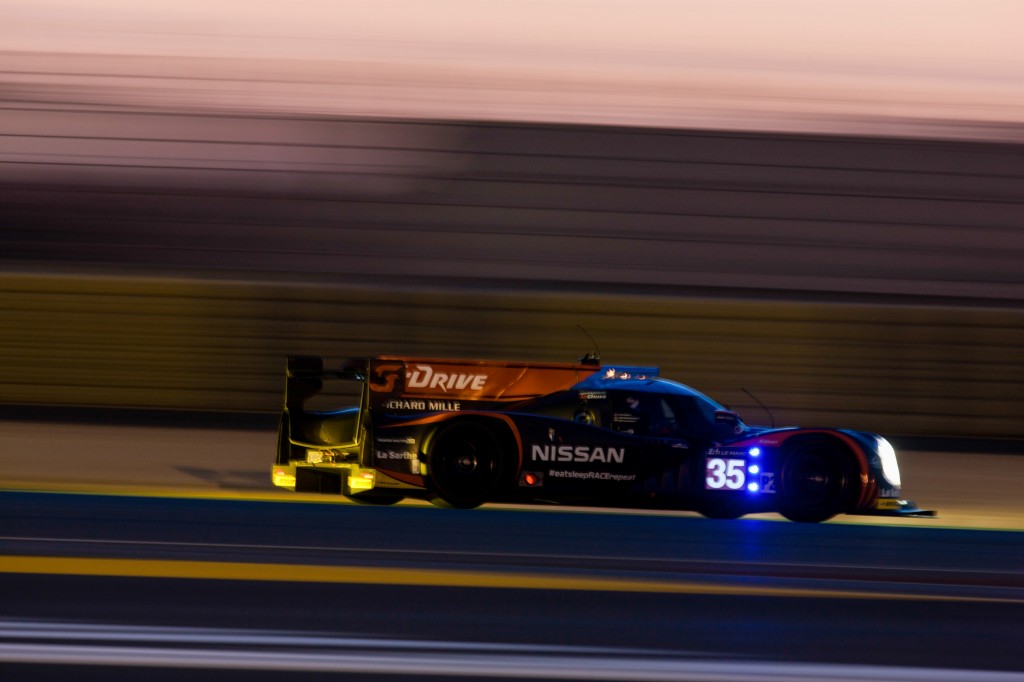 GT ACADEMY WINNERS OFF TO A FLYER IN P2

In the LM P2 class it was a great day for the Nissan engine, which took the first eight positions in class. The new Ligier JS P2 chassis made a very successful debut as the No.46 Thiriet by TDS Racing entry took pole position and the No.35 Oak Racing entry, driven by two GT Academy winners, grabbed third place.

It was Jann Mardenborough who set the fastest time tonight in the No.35 Ligier JS P2 Nissan, which he shares with fellow GT Academy winner Mark Shulzhitskiy and Alex Brundle.

“The session went really well today,” said Mardenborough. “That was my first time on new tyres and low fuel in this car. I got a clear lap until the last sector; it should have been pole but I’m happy with third. We finished third last year after qualifying a long way down the field so to start from near the front puts us in a much better position for the first three hours of the race especially if there are any safety cars. Today was a box ticked for us and now we focus on the race. We are here to win.”

Mark Shulzhitskiy is a Le Mans rookie so his task has been to learn the track. The Russian racer has been logging impressive times throughout the sessions and is ready to race at Le Mans.

“For me today the object was to keep learning the track, learning how to drive here at night,” commented Shulzhitskiy. “I am still learning all the time, working on my technique but I think I am ready for the race now. It will be a great experience for me I’m sure.”