In advance of the market launch of the highly anticipated next generation Acura NSX, the engineers leading the supercar’s development shared new technical details and design strategies with the automotive engineering community at the April 22nd SAE Detroit Section dinner, held in conjunction with the SAE 2015 World Congress and Exhibition. Additional information about the team’s efforts to achieve a true “New Sports Experience” included details of the NSX’s world’s first body construction process that helped create a multi-material space frame resulting in class-leading body rigidity, the advanced total airflow management system and an update on NSX’s power unit specifications. 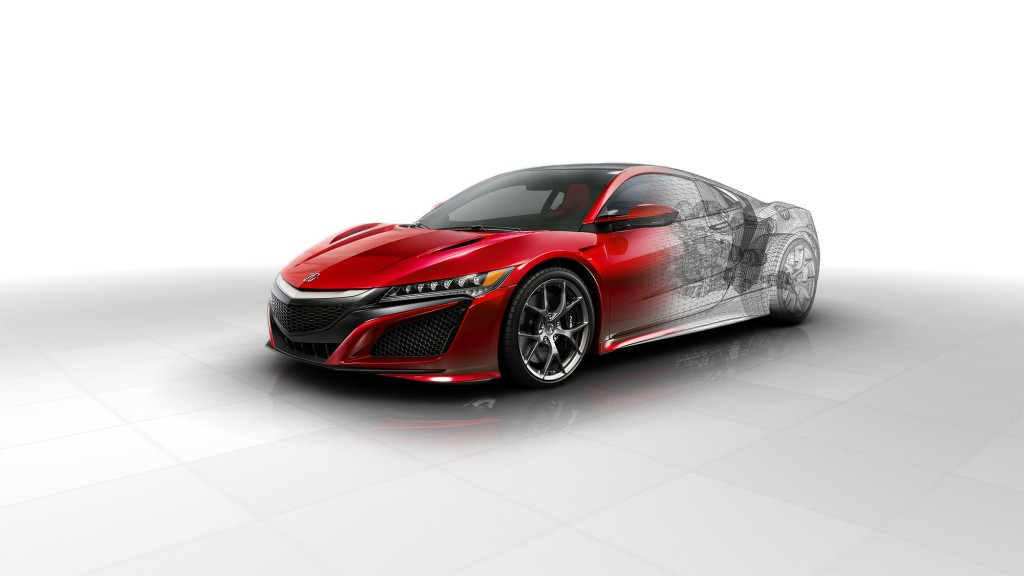 Ted Klaus, chief engineer and global development leader of the new NSX, introduced key powertrain, body and dynamic performance engineers who shared new product and technical details in their related areas of the development. The unprecedented sharing of technical details prior to the car’s market introduction reflects the desire of the NSX development team and the company to inspire the imagination of automotive and technology enthusiasts along with the next generation of engineers.

“Our goal is to create something altogether new and exciting, something that advances the concept of a next generation supercar in the spirit of the original NSX,” said Klaus. “In order to provide NSX-level value, we needed to push ourselves to experiment with, refine and then realize many new technologies.”

Additional details on each of these engineering achievements follow: 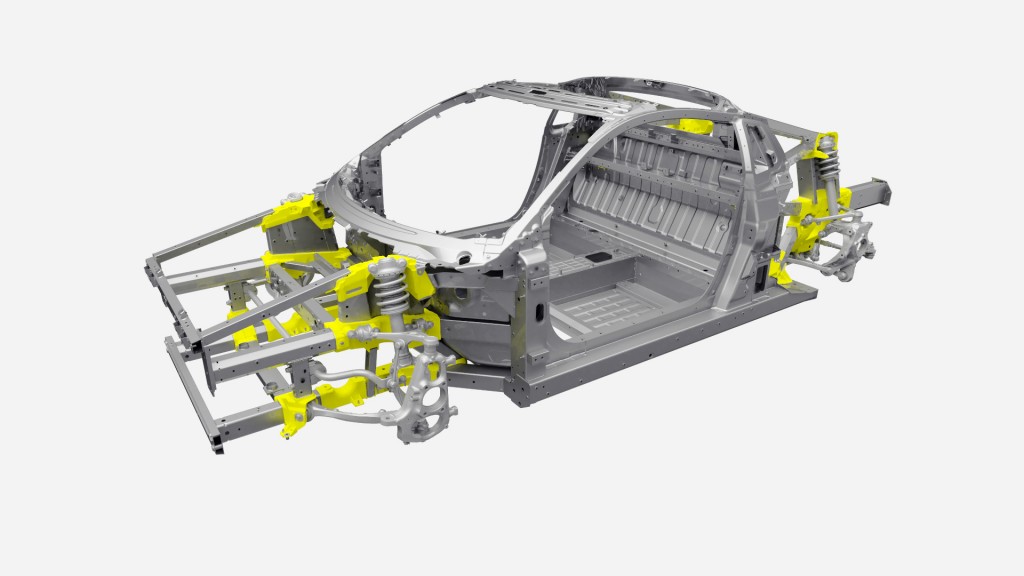 At the core of the NSX mission to deliver timeless sports car values is an aluminum-intensive, multi-material space frame. This innovative space frame represents a next-generation leap in body design with class-leading technology that is exclusive to Acura within the automotive market. Based on internal data, the all-new Acura NSX multi-material body is by far the most rigid in its competitive set.

While the all-aluminum monocoque body of the original NSX was ahead of its time, current aluminum and ultra-high-strength steel-intensive body architecture has been taken to the limit for supercar design.

“For this new NSX development, anything and everything that could offer incredible base rigidity and lightweight design was on the table,” said Shawn Tarr, principal engineer and Acura NSX body development leader. “We considered all-aluminum unibody, carbon fiber monocoque and space frame designs and ultimately engineered a multi-material space frame because it offers the lowest weight and best rigidity, precision and hybrid powertrain packaging capability of any design.”

A key advancement in casting technology allowed the NSX development team to realize a quantum leap in body design, for the first time being able to engineer a vehicle with castings in key locations for rigidity, that also support the ductility necessary for placement within crush zones. 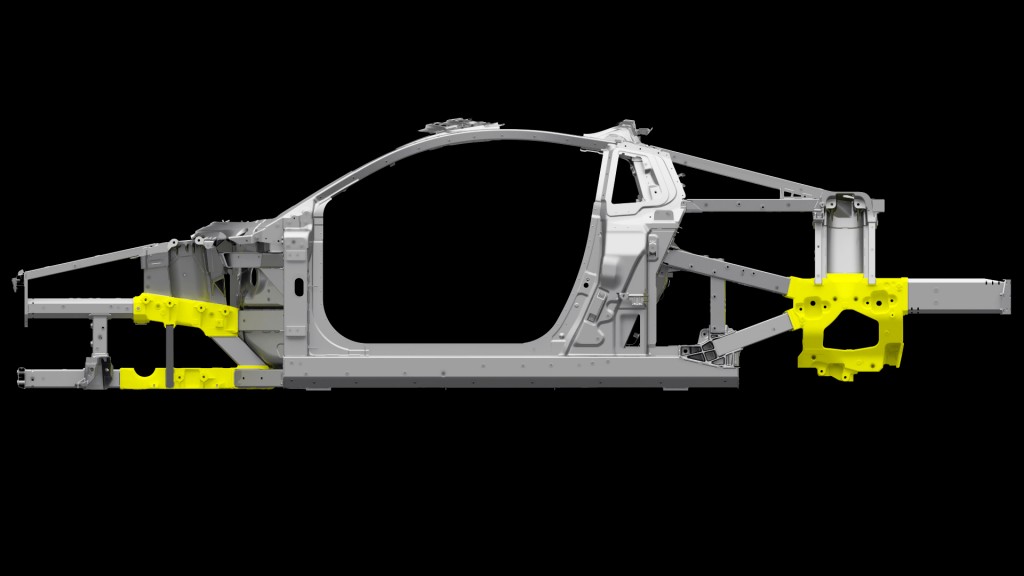 The Acura NSX heralds the world’s first application of ablation casting technology in the automotive industry. Ablation casting combines traditional casting methods with rapid cooling techniques to offer the design flexibility and rigidity of casting with the ductility and energy absorption characteristics of extruded material.

Traditional castings provide the ultimate rigidity in space frame and other body designs, but have traditionally suffered a major drawback: traditional castings are brittle. With the no-compromise performance goals of the NSX, a groundbreaking new casting method within the crush zones had to be used. 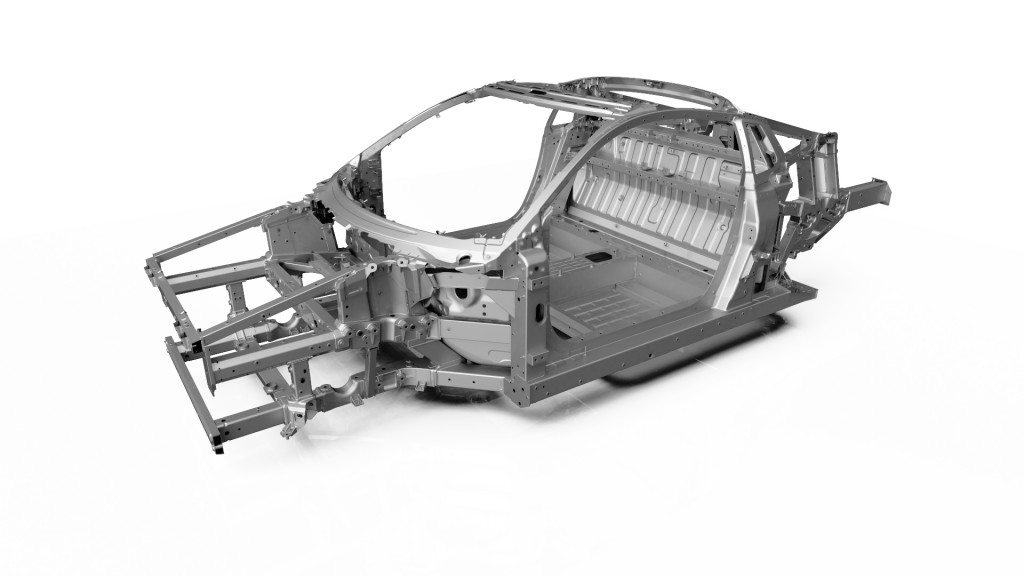 To meet the challenge of the ambitious performance targets, radical packaging design and exotic styling for the next generation Acura NSX, the development team had to totally re-imagine the thermal and aerodynamic engineering for this modern supercar so that maximum energy is extracted from the flow of air around and through the NSX with the highest efficiency.

This new total airflow management strategy supports component cooling, aerodynamic performance (drag and downforce) at a very high level without the use of active aero technology, while also contributing to even more dynamic styling.

Computational fluid dynamics (CFD) was used extensively during development to allow the U.S.-based development team to maximize the performance of a power unit being developed in Japan. CFD models were run on computers totaling many years’ worth of computational uptime.

Thermal CFD was effectively used in two ways during development: first, for the proof-of-concept in establishing heat management strategy at the earliest development stage and second, for continuous thermal performance improvement as the vehicle matured through development. Extensive involvement of thermal CFD with design engineers during the development enabled maximum design optimization.

Along with the use of advanced CFD, wind tunnel and real world testing, the development team also employed computerized lap-time simulation models of some of the world’s most legendary proving grounds that could then be run on chassis-dynamometers allowing testing and validation of computer models for thermal management.

NSX has undergone extensive testing at the company’s state-of-the-art wind tunnel in Raymond, Ohio, using ultra-detailed 40-percent-scale models that replicate all of the intake and exhaust vents, heat exchangers and major under-hood components. These highly accurate scale models replicate drag and lift performance with near perfect approximation. It has been verified and put through its paces at the company’s full-scale wind tunnel in Japan, and on real and simulated proving grounds throughout the world. 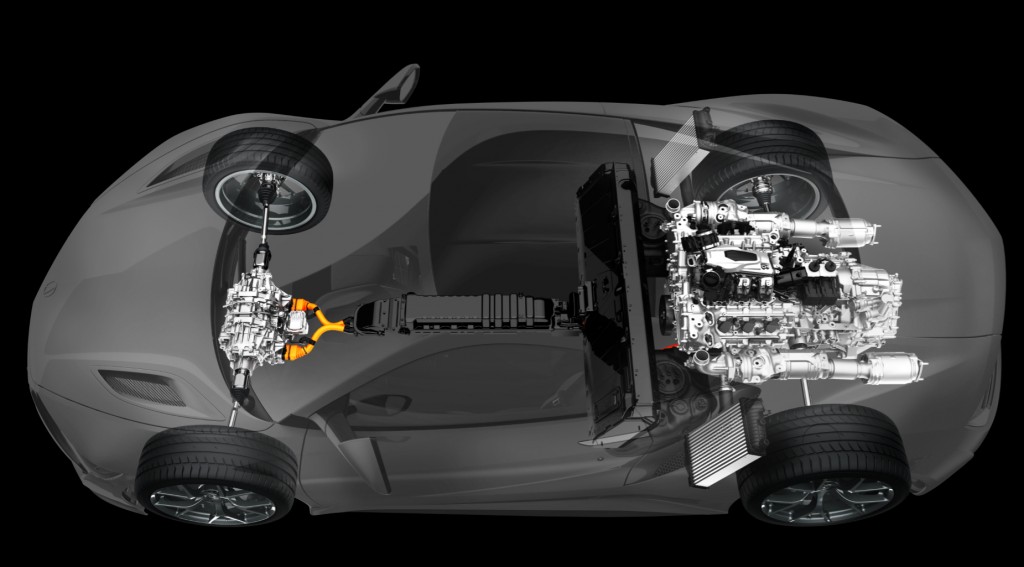 The groundbreaking Sport Hybrid SH-AWD dynamic torque vectoring technology applied to this all-new NSX represents research and development that has been ongoing for well over two decades. 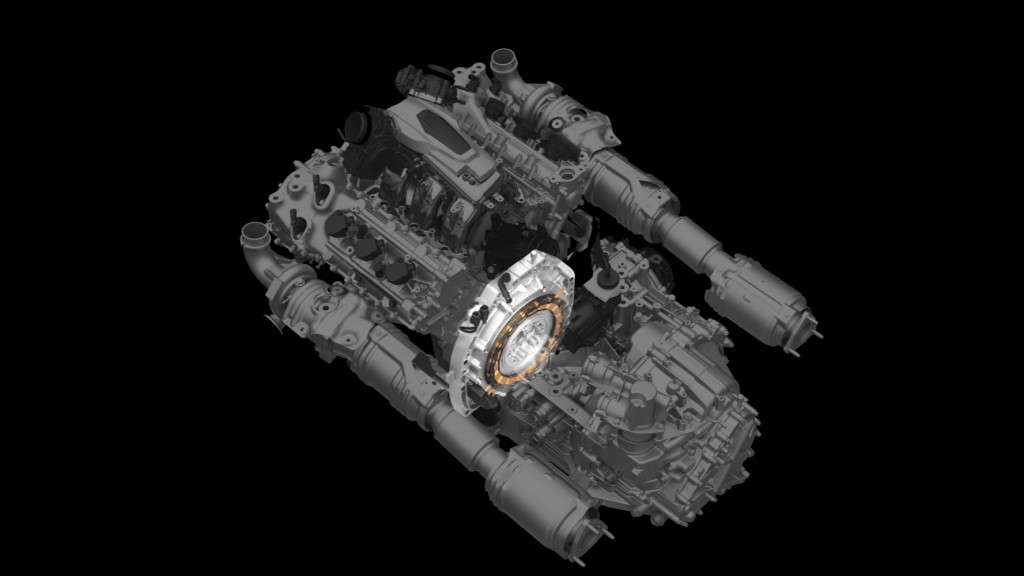 In keeping with the development team’s ‘human-centered supercar’ concept, the new NSX and its Sport Hybrid Super Handling drivetrain were truly engineered from the driver out. While the NSX provides a new sports experience with ‘on rails handling,’ its Super Handling technology was optimized to enhance the driving experience by responding instantaneously and intuitively to the will of the driver. 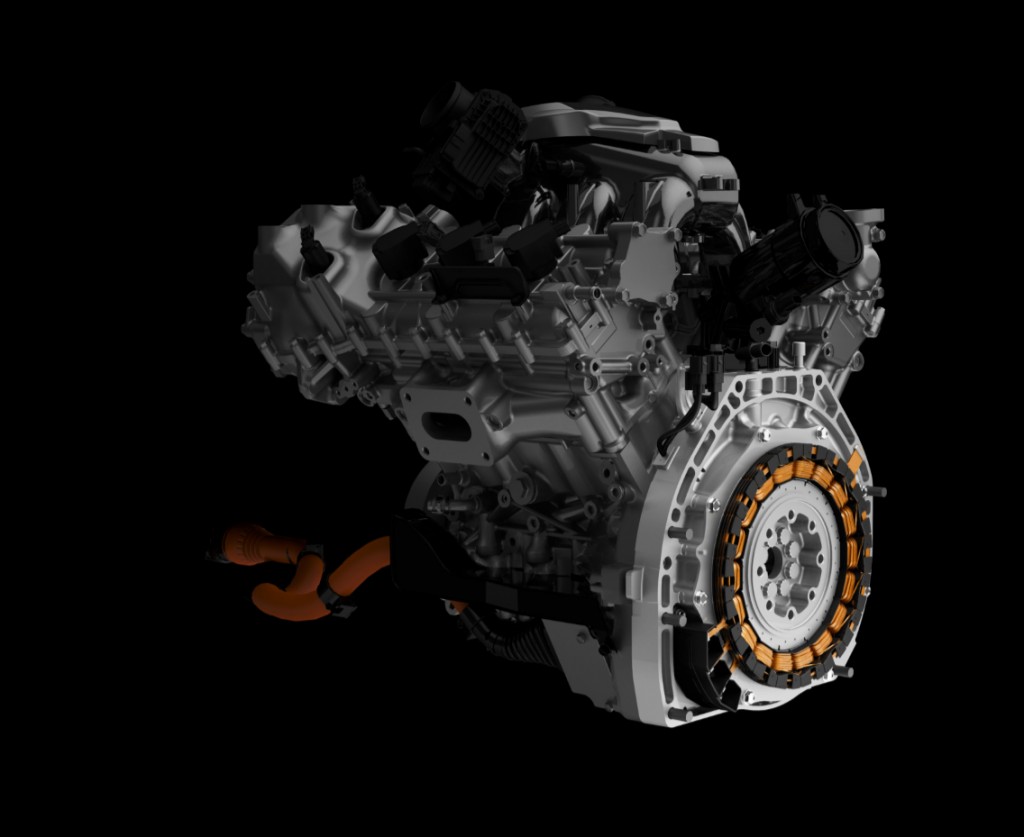 As announced at the 2015 North American International Auto Show, the new NSX will utilize an all-new power unit from a clean sheet design. At its heart is an all-new longitudinally mounted twin-turbo V6 engine that is mated to an all-new, Acura-developed 9-speed DCT with an electric motor that applies its torque directly to the crankshaft for higher output with immediate power delivery to the rear wheels.