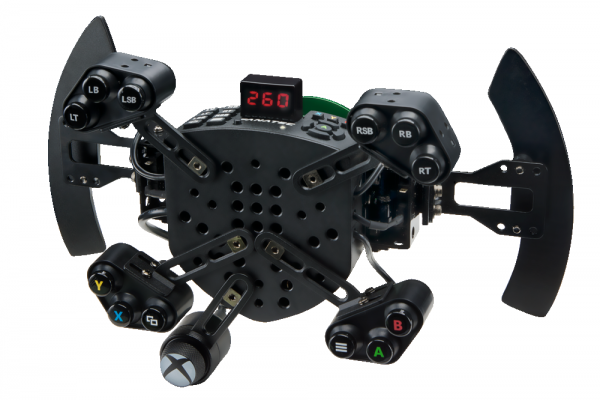 Fanatec just released its latest gaming wheel for the Xbox One. If you already have the Xbox One hub you can simply buy this wheel hub deal and attach it. The picture above is the just the hub for the wheel but it comes with a nice leather wrapped steering wheel that bolts on to it. But here’s the cool part; it’s fully modular. Meaning you can bolt on the same wheel from your race car as it accepts many wheels from SPARCO, MOMO, OMP. You should download the manual and check compatibility to be sure but this is a huge step forward in gaming wheels.

Then you can add paddle shifters or button elements to build out the wheel the way you want it. Or you can use the integrated buttons on the top of the Universal Hub – this is the name Fanatec gave the setup. They made the Club Sport Universal Hub in co-operation with Turn 10 Studios and it’s tailored towards the studio’s upcoming Forza Motorsport 6 title. The supplied wheel rim is 33cm in diameter which is the same size used in a lot of real race cars. The Universal Hub has the following features: 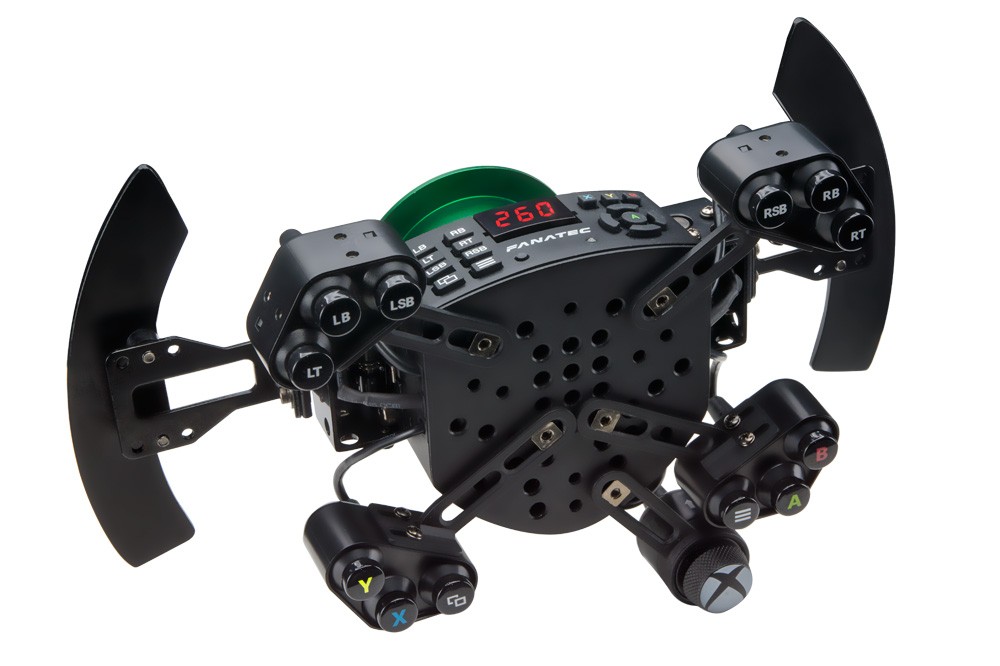 The Clubsport Universal Hub can be ordered on Fanatec’s website and sells for $299. There are also some new V3 Club Sport pedals coming out soon in the next few months. If you want to know more about this setup, check out the video that Inside Sim Racing put together: