The Norton Hornets of James Moffat and Michael Caruso finished inside the top 10 at Barbagallo Raceway, West Australia on Sunday.

After a disappointing qualifying session that yielded rear of grid starts, Moffat and Caruso finished a fighting eighth and 10th respectively.

Moffat was cautious at the start before starting to pick off numerous cars. Excellent strategy by his team saw him claim clear air mid-race, allowing Moffat to knock out excellent lap times.

Moffat passed rival Nick Percat in the latter stages of the race to secure the eighth place.

Caruso made a lightning start from 23rd on the grid, but he was shuffled back after contact from Robert Dahlgren. He fought back to be in ninth place, but was passed by David Reynolds on the final lap.

The next V8 Supercars event will be held at Darwin’s Hidden Valley Raceway, June 20-22. 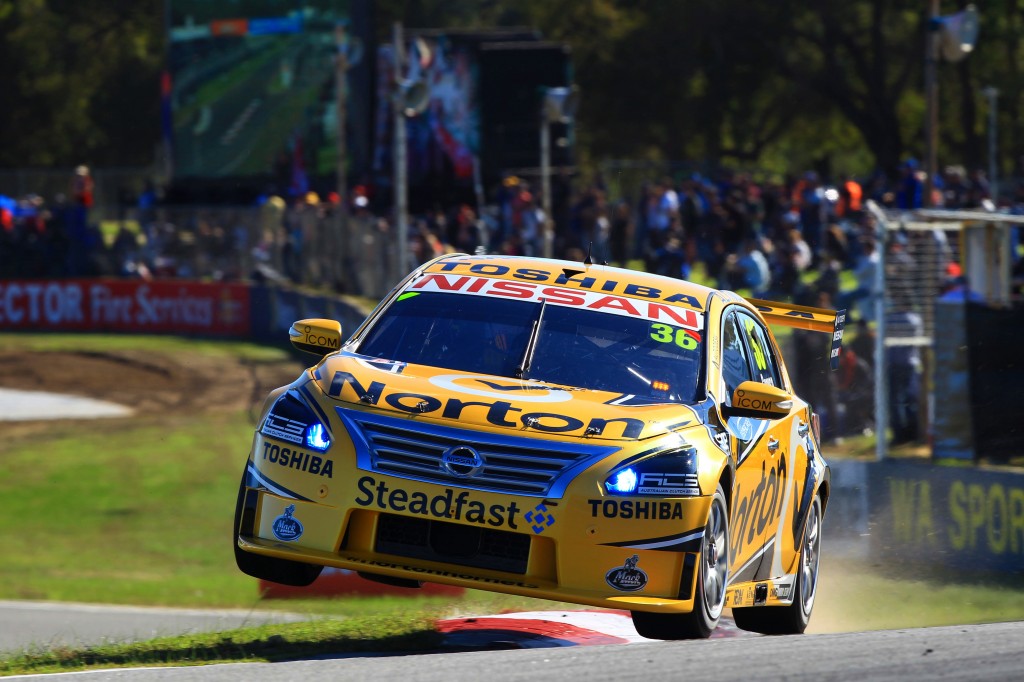 “Any day you qualify 24th and finish eighth, you have to be reasonably happy,” said James Moffat.

“The car was consistent in the race. Our strategy was really good and I was able to run to a pace that was comfortable for me and the car.

“It was a good recovery, but it’s obvious that we need to qualify better. Perhaps if we start the race further up the grid, we could challenge for better results. There’s definitely a lot of work to do on the qualifying side.

“We have a five-week break ahead of us, which includes an important test day, so we need to recharge our batteries but no lose sight that we still have a lot of work to do.”

It was good to finish the weekend on a high,” said Michael Caruso.

“It’s obvious that our car is a better race car than a qualifying car. We have a chance to rectify that at the test day coming up, so I’m looking forward to getting to Winton and having some new items to test.

“Hopefully the rewards we get from the test can help us qualify better and be in a much stronger position at Darwin. With the tire degradation up there, it will be a similar type of race to here.

“If we can get a car that handles well in qualifying and gets the most out of qualifying, we could potentially have a very good result.” 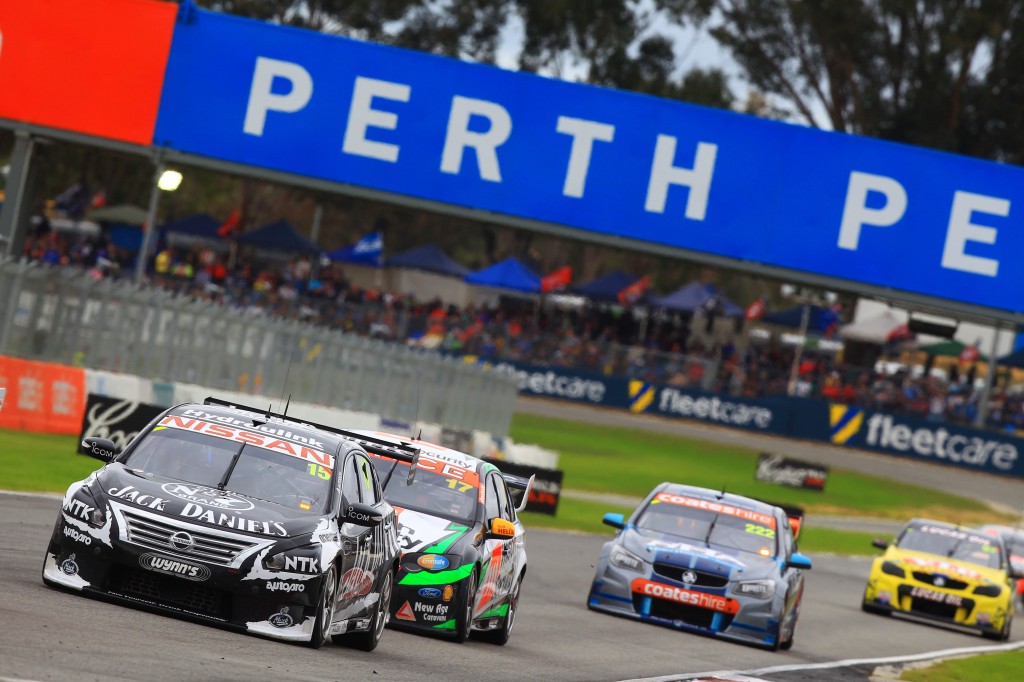 Jack Daniel’s Racing Nissan Altima drivers Rick and Todd Kelly came away from the 200km race at the Perth 400 with a solid haul of points.

Rick started the final encounter for the weekend from 16th place, and ran as high as tenth during the two pit stop race, before dropping back to finish in 14th position.

Meanwhile, elder brother Todd was hindered by a tire change issue at the opening pit stop, which forced a reshuffle of strategy, resulting in a 16th place finish.

“It’s tough to look after your tires around here. We gave it our best shot here today, and we had a huge improvement from the car overnight.

“Unfortunately because we had a tough Friday, and a really tough Saturday, and it really put us behind the eight ball a little bit with setup and knowledge with the particular setup on track.

“We learned a bit in that race, but just not as much as the others.

“The Norton Hornets did a good job and made good progress, I would have loved to have seen the same for us.

“We need to put our head down and figure out how to make progress like that. It’s good to have that knowledge within the team; just for us it’s not quite where we want it.”

“The car wasn’t too bad there. It had the pace to be further up, but the race just didn’t flow as smooth as we would have liked,” said Todd Kelly.

“Moff and Caruso did a good job in the Norton cars, but a couple of little things went wrong in the first stop, the same right front tire went back on the car, and around here with how hard it is on tires it really killed me.

“That forced us to go quite a way out of sync with our pit stops at the end there, I had five to seven more laps on my tires than the rest and we couldn’t do anything with the car.

“We certainly had the potential to be a bit further up, but we just need to have a bit smoother race at the next one.”