Two of the Jaguar C-types set to compete in this week’s Mille Miglia – as part of an extensive line-up of Jaguar sports car entries by Jaguar Heritage Racing – have driven directly from their race at the Monaco Historique on Sunday 11 May, down to Brescia in Italy for the start of the gruelling 1,000 mile Mille Miglia endurance event. 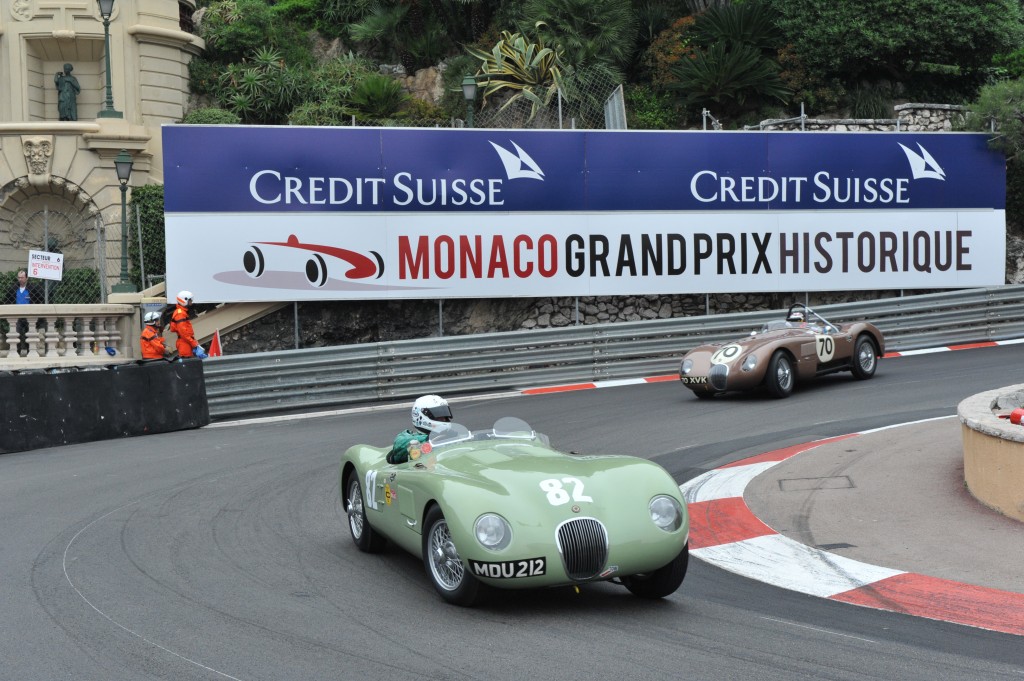 The well-known ex-Juan Manuel Fangio Jaguar C-type, race prepared by JD Classics and driven by Alex Buncombe, won a decisive victory in the Series C race for sports racing cars raced from 1952 to 1955 at the Grand Prix de Monaco Historique on Sunday afternoon.  He won the same race in the same car at the last Monaco Historic in 2012.  Following victory, the winning C-type was quickly packed up and transported to Brescia, Italy, where it will be driven by successful Belgian singer and songwriter Milow, and Jaguar Land Rover Regional Director for Europe Bernard Kuhnt in this year’s Mille Miglia (15-18 May). 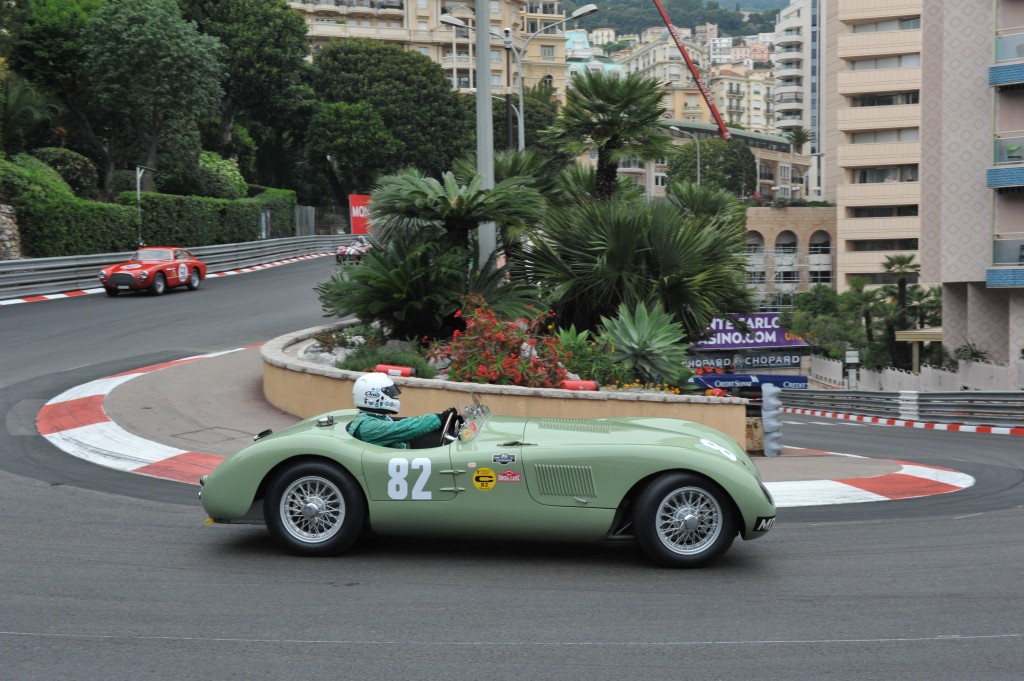 Another Jaguar C-type entrant from the same Monaco sports car race – Richard Frankel – also drove his 1952 C-type the 200 miles from Monte Carlo to Brescia on Sunday evening, after this brother Andrew safely brought the Jaguar home in Monaco from a crowded grid of 37 cars.  This C-type is famous for the journey it made in 1952 – from Coventry to the Monaco Grand Prix – where it finished 6th and was the first non-Ferrari home. The car was driven by Tommy Wisdom in that race – and then driven back to the UK!

Richard Frankel will share his C-type with the ex-Jaguar Le Mans 24 Hours race winner and talented racer Andy Wallace in the 2014 Mille Miglia.

Hot from their racing exploits in Monaco, these two C-types will be joined in Brescia by a line-up of other historic Jaguar sports cars from the 1950s, driven by top-name celebrities.

Husband and wife team Elliot and Erin Gleave will share another well-known 1951 XK 120, as will author David Blakeley and TV presenter and model Jodie Kidd. 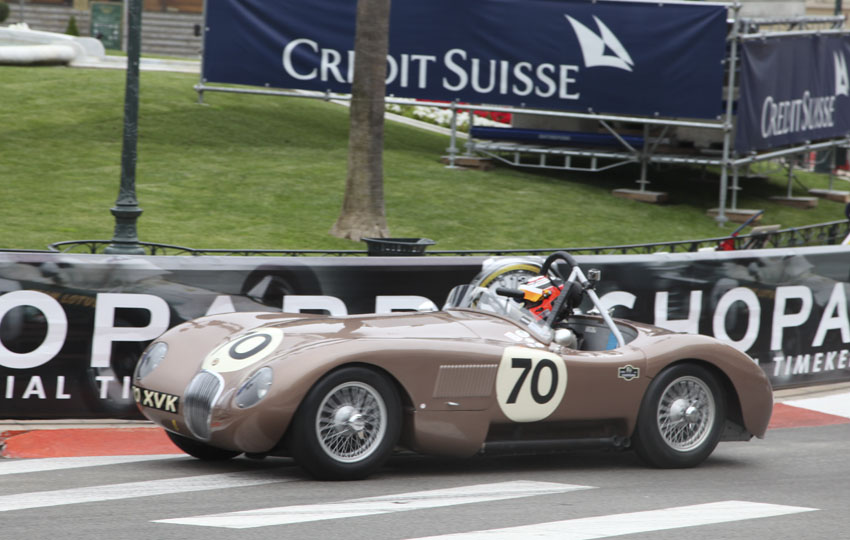