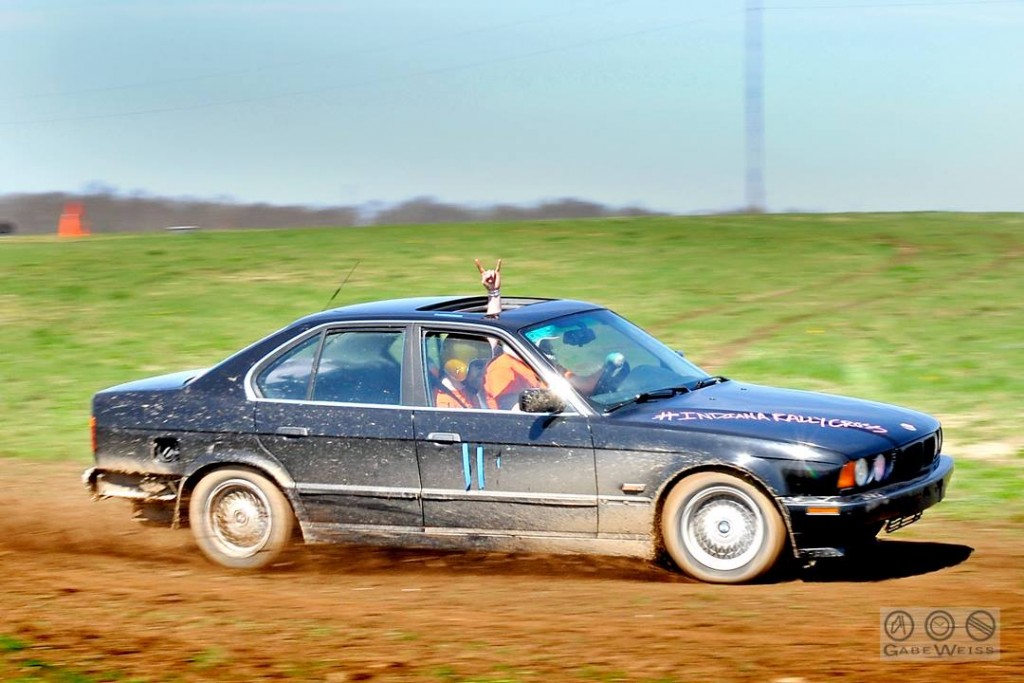 Indiana Rallycross kicked off their 2015 season last Saturday with a great event. The weather was a perfect 60 degrees and sunny, the course was fast and flowing 1.3 miles of soft dirt, and 27 competitors showed up in all sorts of cars from Open Light class stage rally cars to daily drivers.

IRC’s motto is make life epic and as usual they did not disappoint! 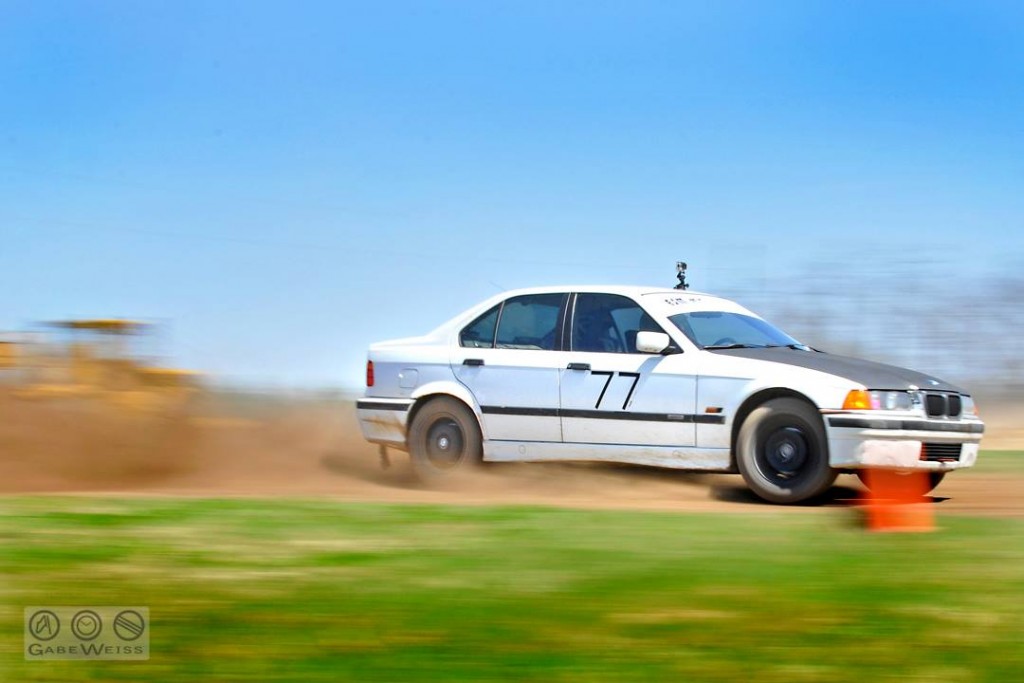 The rallycross was held at the Badlands Offroad Park in Attica, IN on a field reserved for IRC. The weather throughout the week meant the lower field and transition roads were too wet to use, so the course was set up on the upper main field which still provided plenty of elevation changes and some tricky transitions. This is the 3rd season for IRC and they’re getting things well organized. The day started at 8 in the morning with a drivers meeting, everyone got 12 runs, and there was time afterwards for fun runs and testing later in the afternoon. The competitors were excited to see some new scoring equipment at the field too. 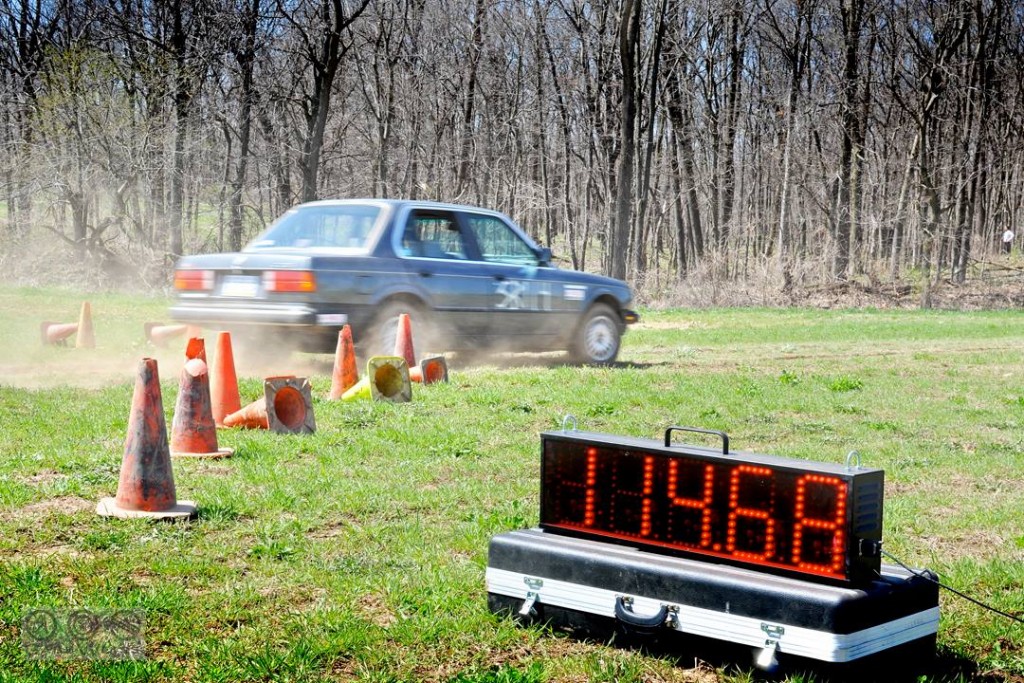 The first car everyone noticed as they pulled into the paddock Saturday morning was Tomas Solnicky’s Open Light prepped STi. Indiana Rallycross is safe and open to street cars and daily drivers (a stock Miata took 3rd in his class), however the league is also becoming a Rally America feeder series and shakedown event for stage rally teams. GZB Rally Team has raced in previous years and were there to lend a hand and cheer on the drivers while they rebuild from their off at the Show-Me Rally last December. And both Whiskey Throttle Rally Team (who happen to also be IRC’s organizers) and everyone from Millsap Motorsports were there working and helping out while their stage builds come together. If you want to get your foot in the door and learn what it takes to get on stage with Rally America or NASA Rallysport, Indiana Rallycross is turning into the place to be in the Midwest. 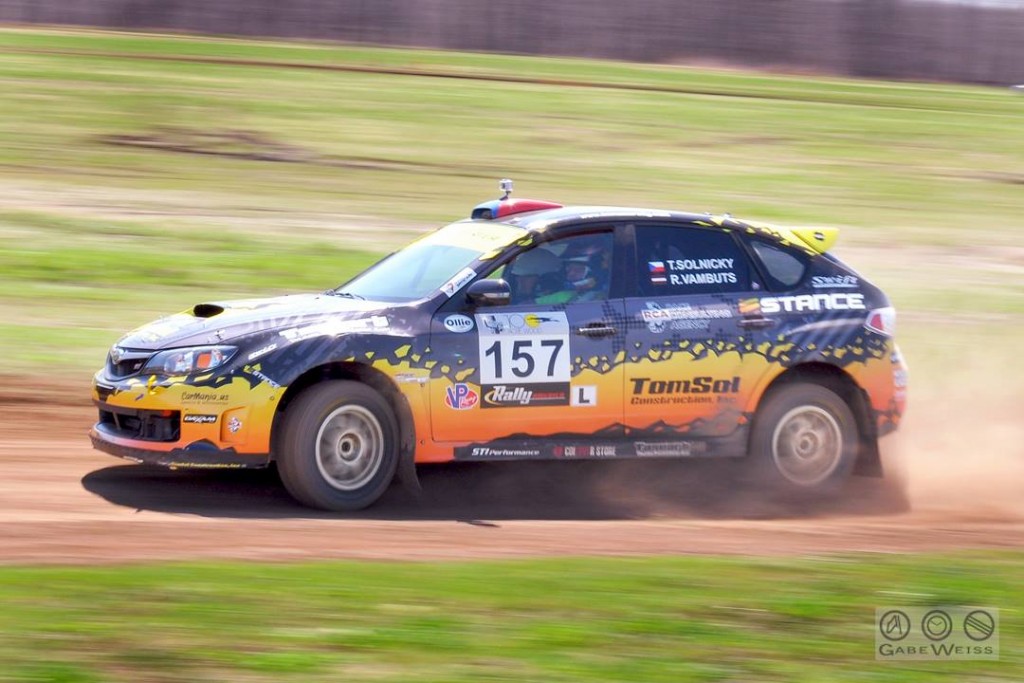 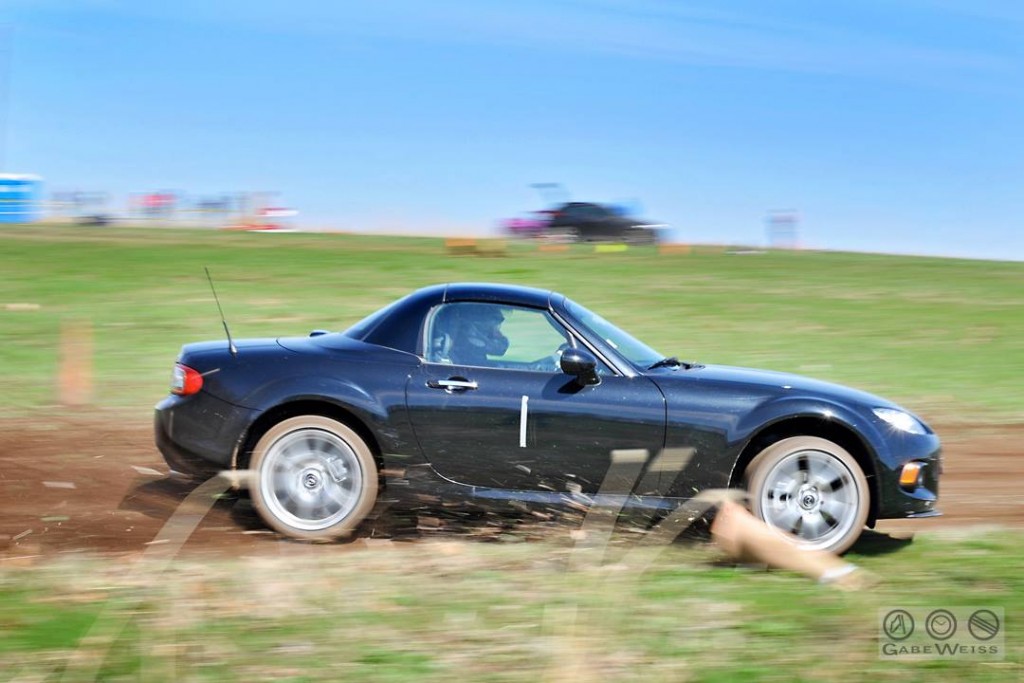 And the great thing about Rallycross, and rally racing at the grassroots level, is that the terrain is the great equalizer. Top honors went to Daniel Kosinski for pushing his nearly stock Subaru Forester XT to the overall win for the day, and B class win, covering the combined 12+ miles in only 15 minutes, 31 seconds and an average speed of 47.5mph. 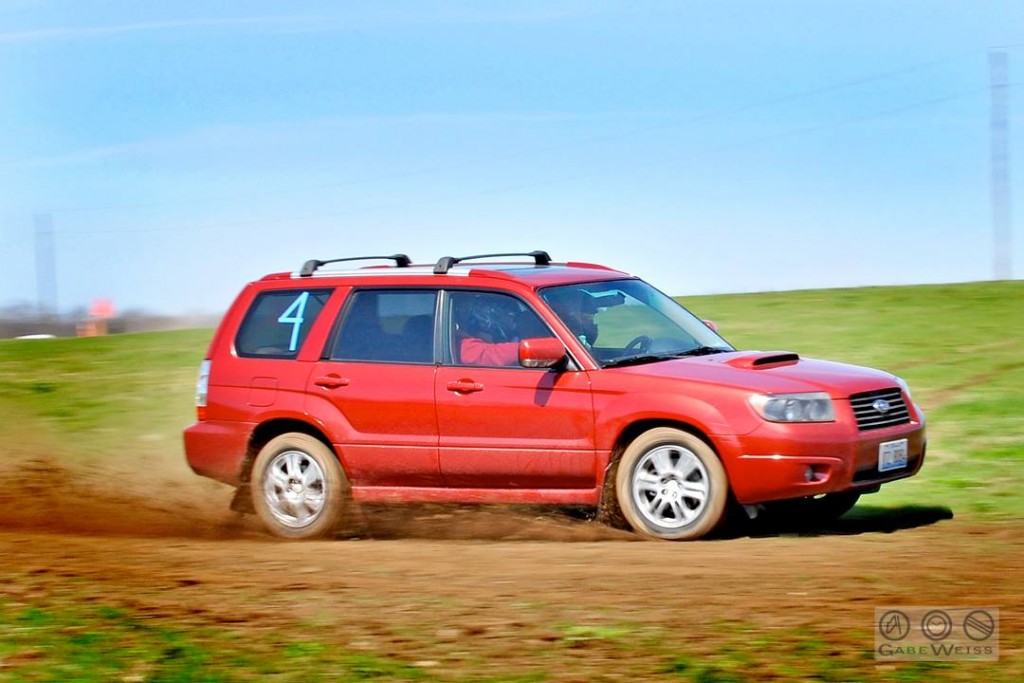 Of course not every car that came out was a Subaru stretching it’s legs or rally car getting in practice. This wonderfully colorful Saturn, obviously prepped for mixing it up off-road, was putting down respectable times in his class too. 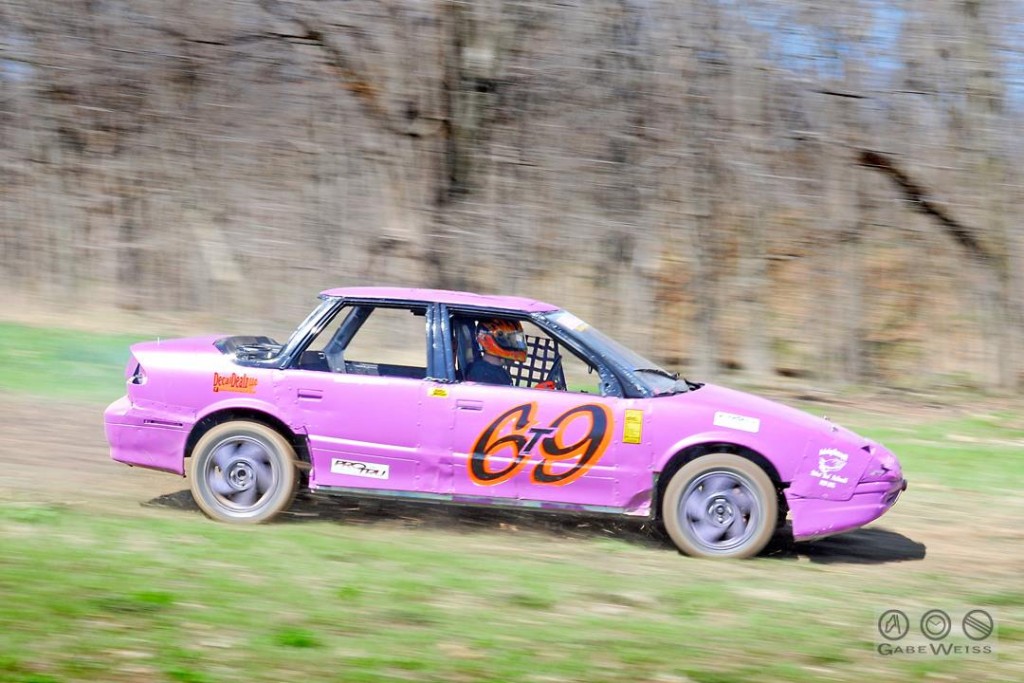 Bobby Fulkerson took the win in D class putting on a damn good show throwing his MR2 around the cones and putting down a faster overall time than IRC regular Egidijus Sadauskas in his C class BMW. 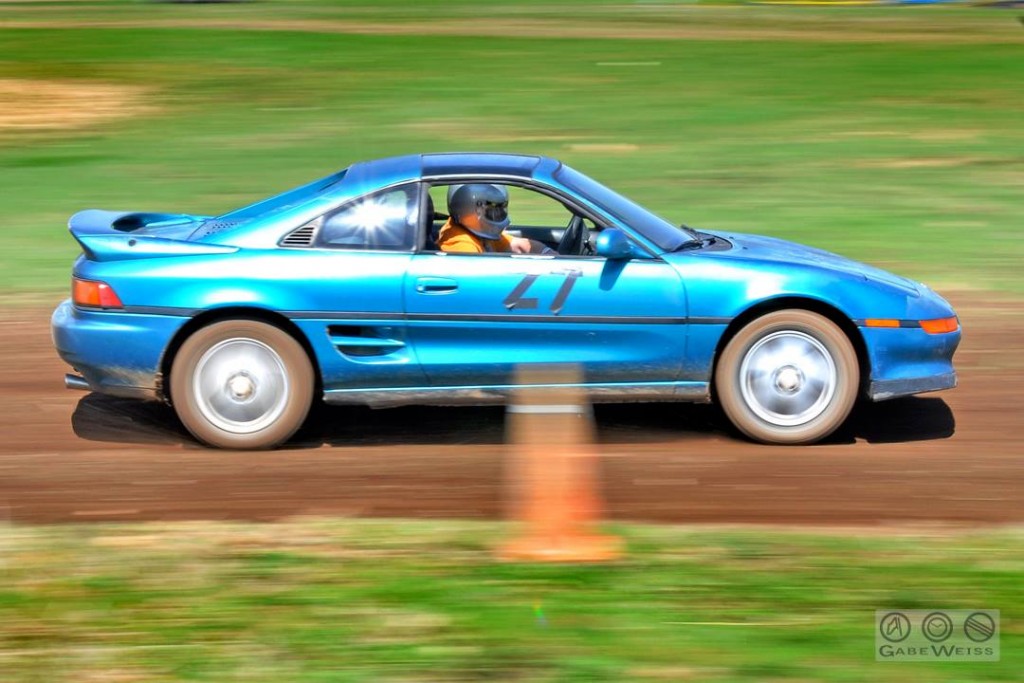 But as usual, and to be expected at any rally, the Subarus were out in full force showing what they do best. 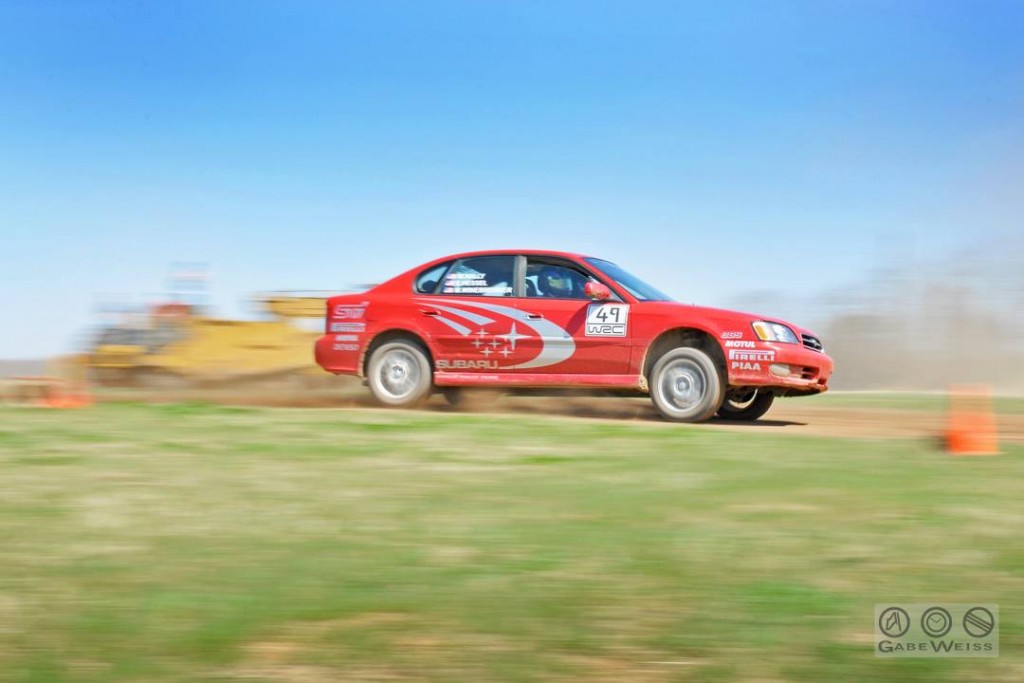 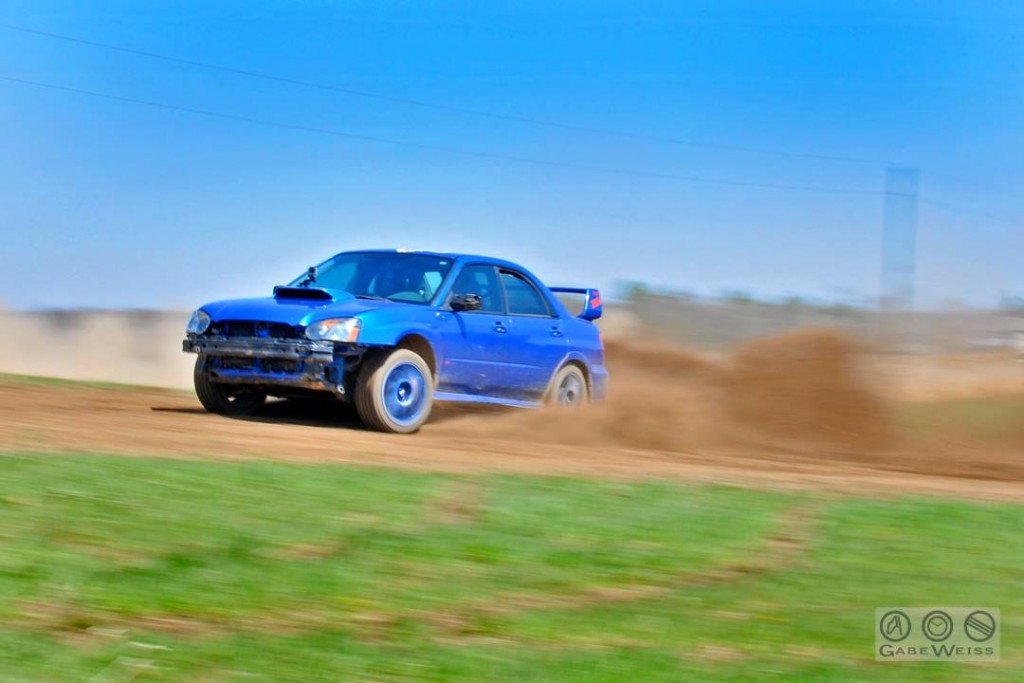 Ask anyone who’s ever gone to a rally and they’ll tell you it’s family. It’s true. And it’s not just the community of racers banding together, it’s a family sport and hobby. The focus is on the racing, however it’s a whole day out for the family. Future rally drivers and navigators play and take in the scene, having a blast, and everyone pitches in. Either with scoring and timing, photos, or car prep between heats, the whole family pitches in and creates this community. It’s a family affair. 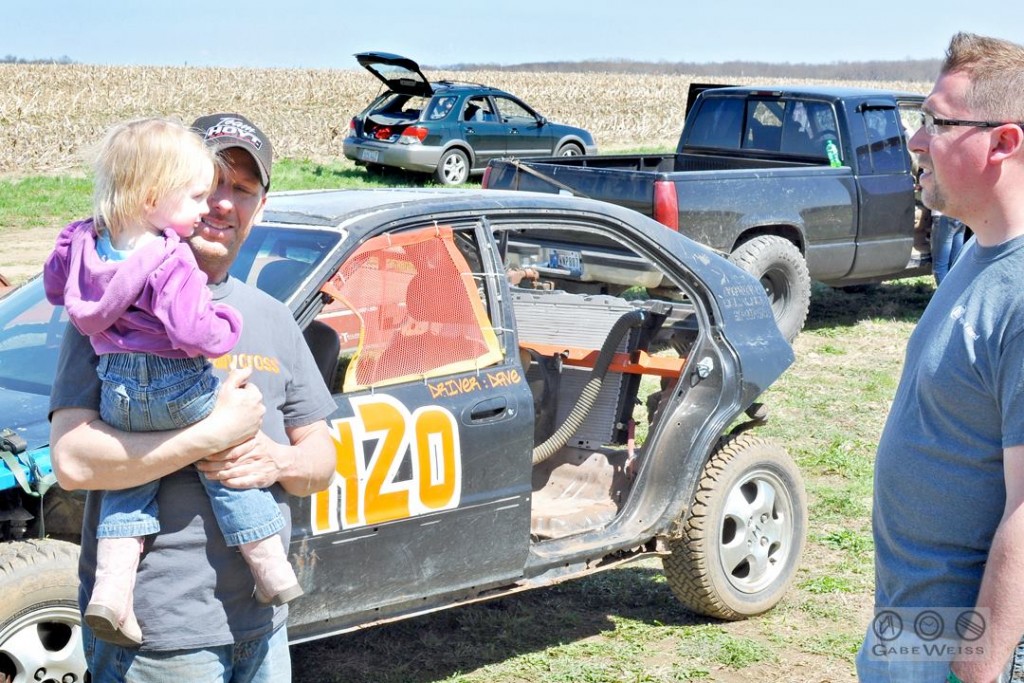 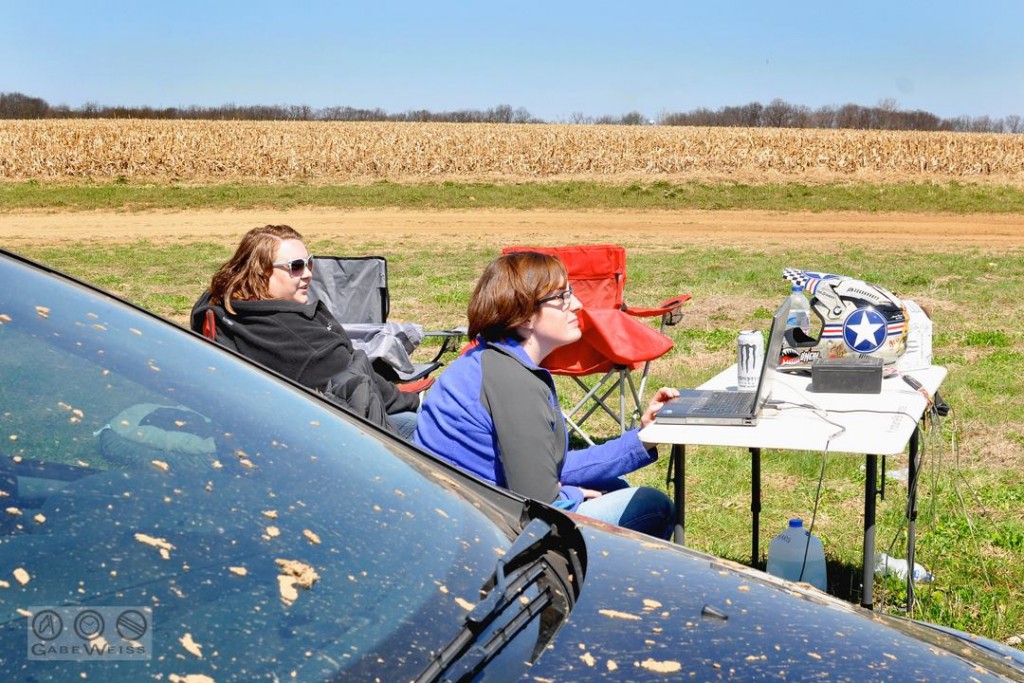 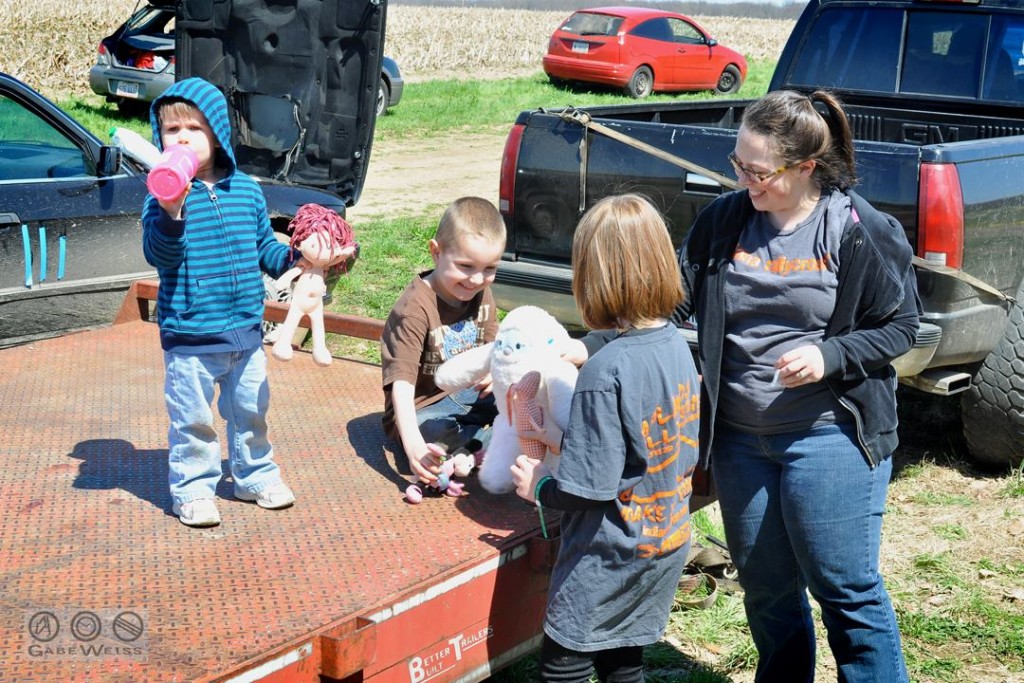 Saturday’s event was a full day of excellent racing. IRC hasn’t announced the second event yet, but organizers are saying they’re working on something. They’ve already taken standard Rallyx to the next level and pushed it even further with night events, “stage rallycross”, and courses that offer exciting features to the competitors. Whatever they have secretly in the works is sure to be epic.