Honda Yuasa Racing will undertake a new challenge at Oulton Park in 2014, as the Dunlop MSA British Touring Car Championship switches to racing the full International configuration of the Cheshire track for the first time since 1996 next weekend (7-8 June). 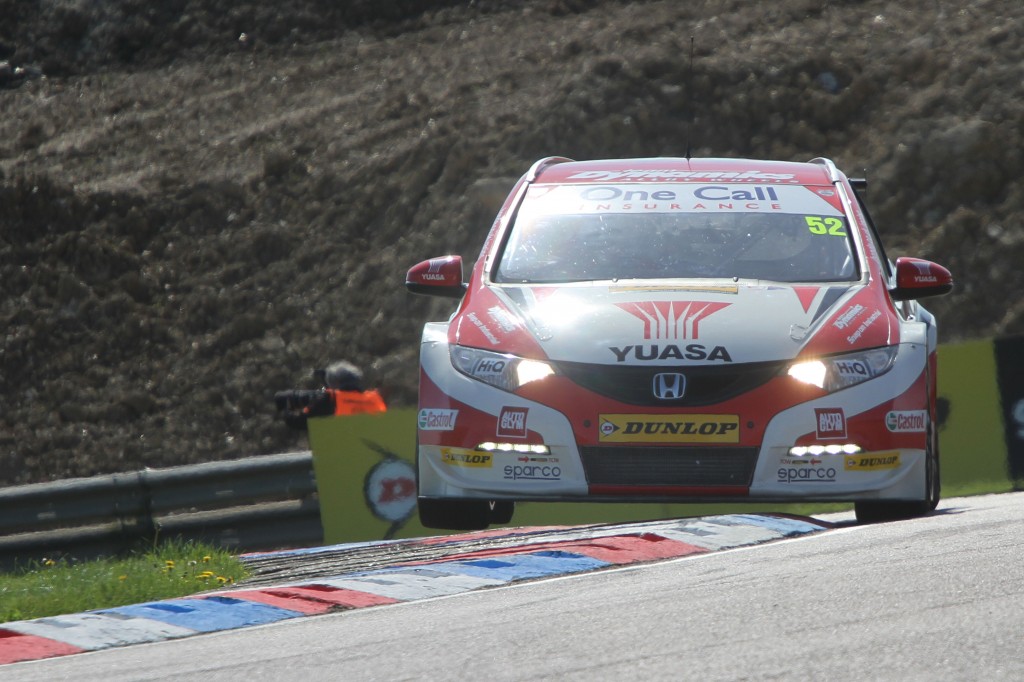 Last time out at Thruxton both Neal and Shedden visited the rostrum, with Neal taking a superb second in race one and fourth in race two. Shedden went even better with third in the opening race backed up by a second victory of the season in the following encounter.

In the five week break between the last round at Thruxton and the upcoming Oulton Park event ‘Flash’ and Neal have been busy with their Civic Tourers, deciding to find out how much of their huge collection of trophies they could squeeze into a road-going version of the BTCC race car. 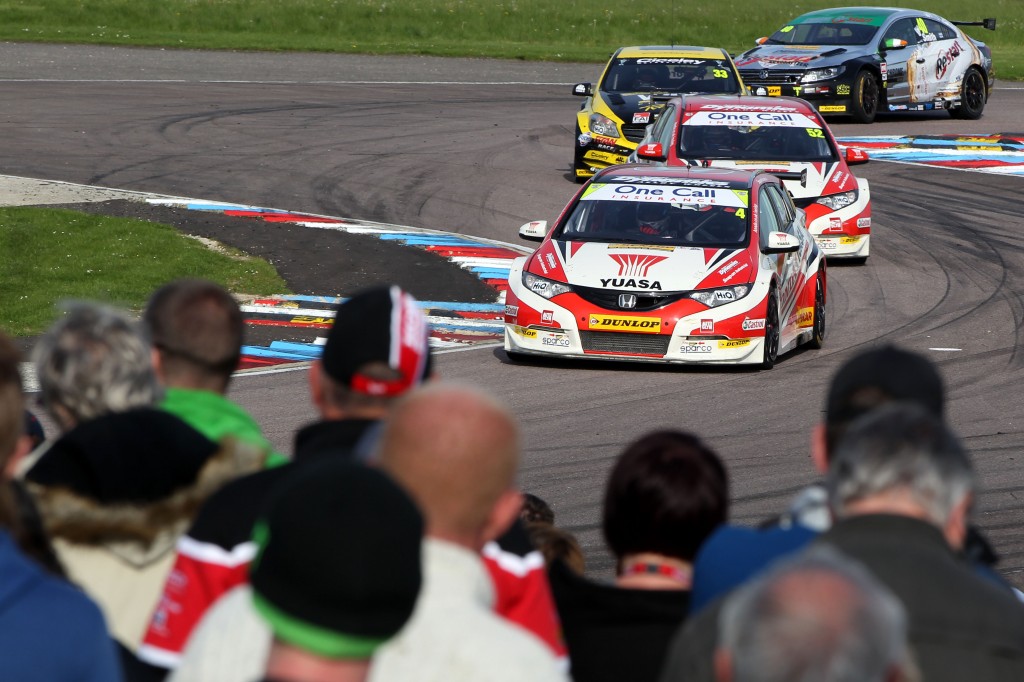 One of only two drivers to have ever raced a BTCC car around the International Oulton Park layout, Neal’s huge experience in the series is sure to pay dividends as the cars stretch their legs over the longer ribbon of tarmac.

“People have described Oulton Park as a mini Nürburgring Nordschleife because it’s just such a challenge,” said the triple BTCC champ. “I’ve had mixed fortunes there in the past, but the first team I ever raced for was based in Rochdale, so it was my home test circuit when I was cutting my teeth in circuit racing and I covered a lot of miles round there which have left me with some fond memories.

“I’m looking forward to returning, and it’s nice that I’ll be a bit lighter going into qualifying after what happened in race three at Thruxton. Going back to the International Circuit means we’ll have another couple of corners and braking zones where we can exploit the Civic Tourer’s chassis, too. 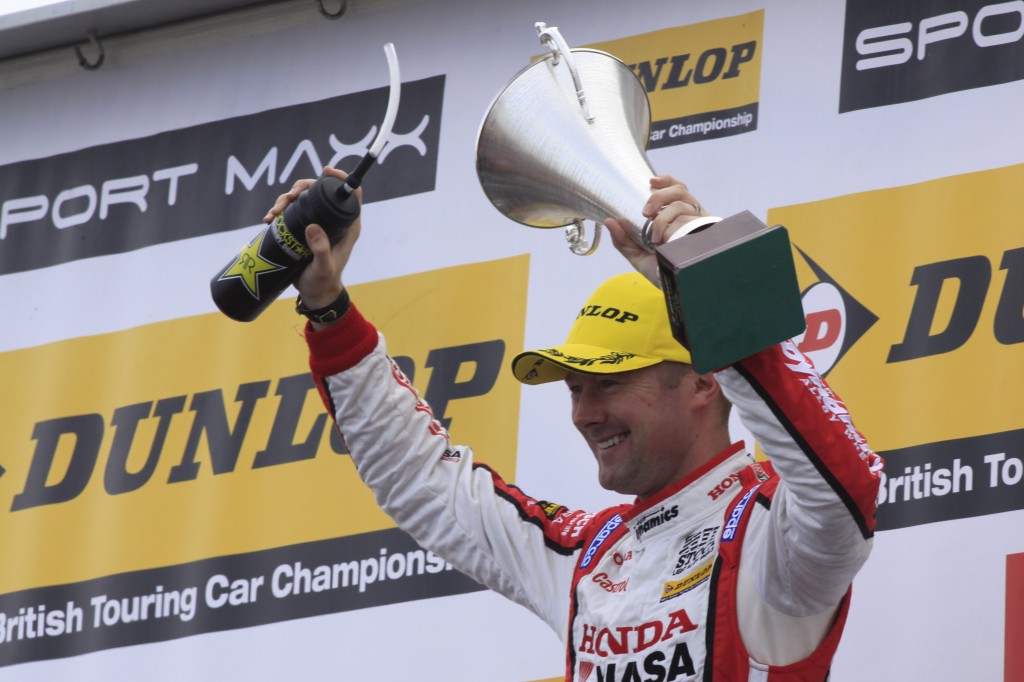 “The BTCC is so close at the moment that every last bit counts – we’re not looking for tenths-of-a-second anymore, we’re looking for hundredths. We’re still working on this car, but its handling is improving all the time and I’m confident we turned a bit of a corner with it during the Thruxton weekend, which hopefully will translate across to the remainder of the season. There’s still plenty left to play for.”

Shedden is the man on a mission in the BTCC – he’s currently second in the overall drivers’ standings and looking to close the gap to current leader Andrew Jordan. Having already made a better start to his campaign than he did in 2013 when he came to within seven points of the title, things are looking good for the Scotsman. 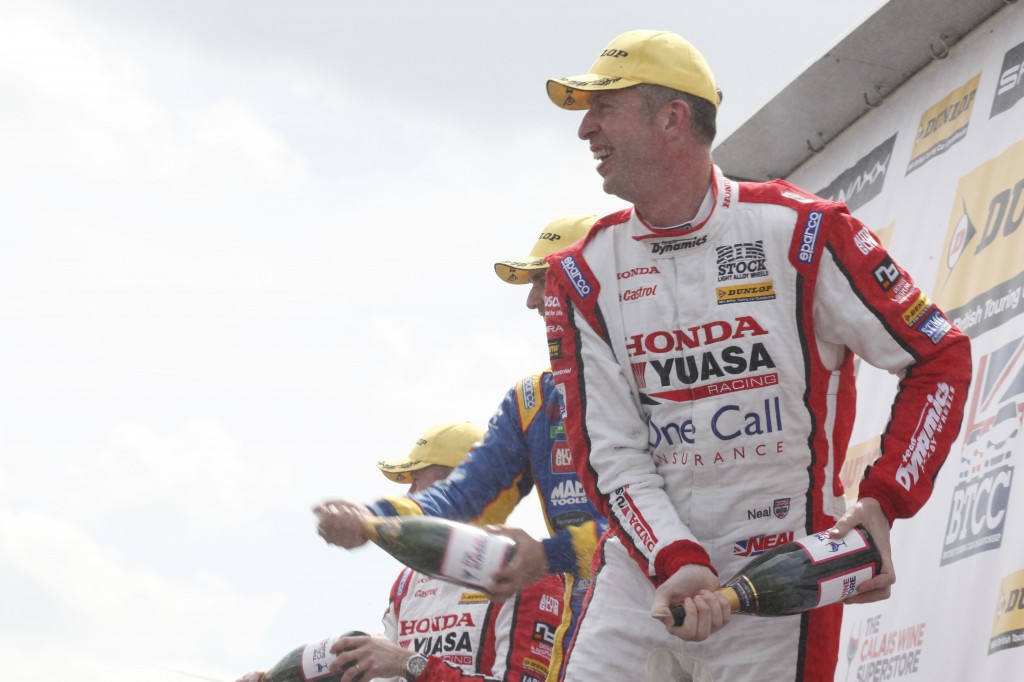 Shedden said: “Oulton Park is invariably one of the best weekends of the year in terms of its atmosphere and the number of fans that come along. It’s a great track, too, and 2014 will be the first time most of the drivers on the grid have raced on the full layout. That makes for a different challenge and another unknown to throw into the mix.

“We’ve tried a lot out on the Civic Tourer; some of those ideas have worked whilst others haven’t. We still need to extract a little bit more performance, but we’ve been pretty strong round Oulton in the past and even with the ballast, I’d still expect us to be well inside the top ten.

“We’ve had a great start to the season and now we need to keep on consistently racking up the points. Historically, my championship bids have been built on terrible starts followed by massive comebacks. It’s nice to be so close to the front at this early stage of proceedings – and that can only bode well for the rest of the year.” 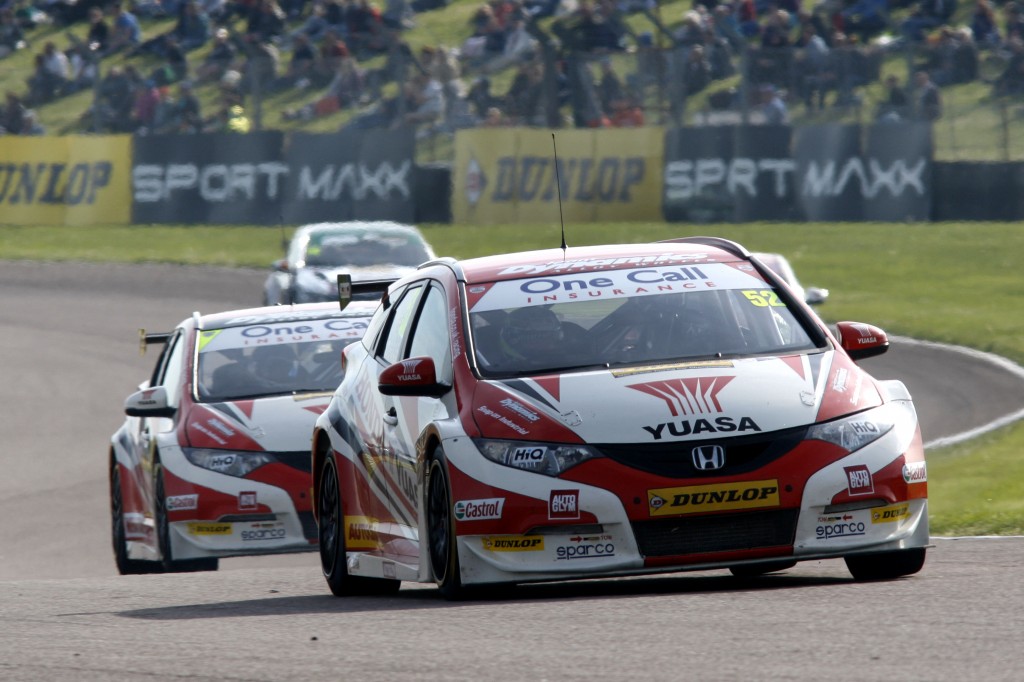 The team completed positive pre-season testing at Oulton Park, and team manager Peter Crolla is delighted with the progress being made with the Honda Civic Tourer. He said: “Thruxton was a good weekend for us, coming away with a solid haul of points and a win which was fantastic for the morale and confidence of everybody inside the team. That means we travel to Oulton Park with high hopes. We have set the bar fairly high in the opening three meetings of the year, and now we need to maintain that level.

“It’s so close in the BTCC this year that consistently scoring points is more important than ever, but we obviously still want to win races too and at the end of the day, you can’t score any greater points than with a victory.

“We tested at Oulton pre-season and completed some good mileage; being on the International circuit again does change your approach compared with previous years, but we are happy with where the car is right now. It’s going to be a tough weekend on the brakes and Oulton Park weekends traditionally enjoy fairly hot weather, so it will be a stern test for both the car and the drivers. It could be a successful hunting-ground for us.” 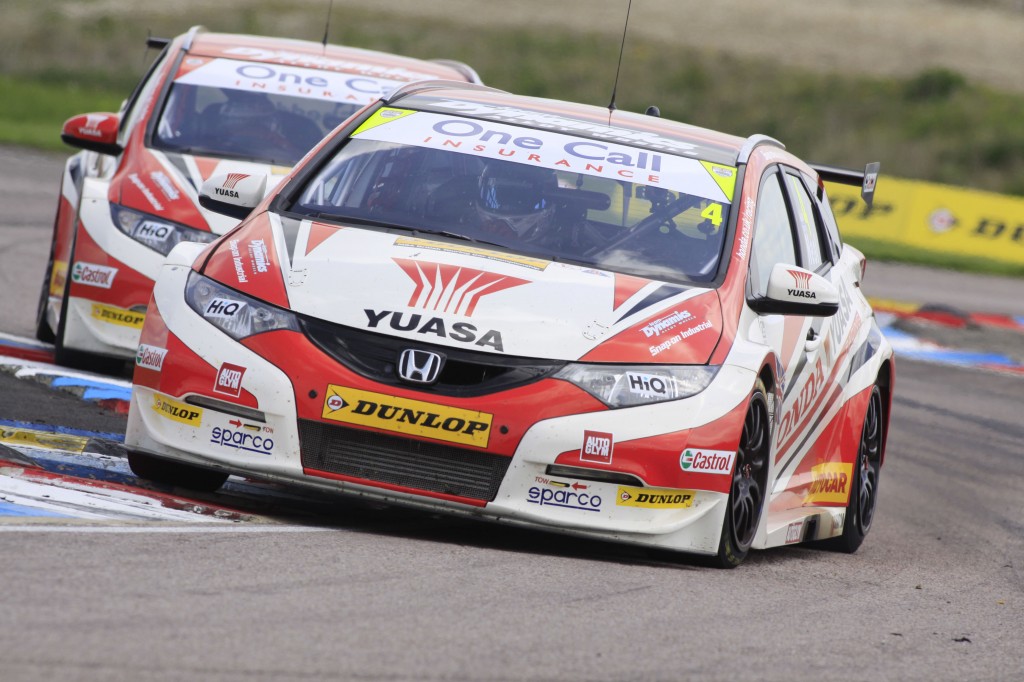 Oulton Park is one of the best attended race meetings of the year, and with an amazing grid of current BTCC cars supported by a blast from the past in the form of the Super Touring Car Championship that will feature a number of Honda machines from previous generations, it’s sure to be another stunning weekend of racing.