GT Academy Champion Steve Doherty proved he has what it takes to run at the front on wet or dry tracks in the Skullcandy Nissan Altima, as he took his third podium finish in four races in the Pirelli World Challenge Touring Car class Saturday at Mid-Ohio Sports Car Course.

Starting from the pole by virtue of having the fastest race lap in Friday’s race, Doherty got boxed in and fell to fourth place as his teammate, 2011 GT Academy Champion Bryan Heitkotter, moved up from third starting position to fight for the race lead. Heitkotter made contact with another car and damaged his Altima’s rear axle, leaving Doherty chasing the leaders from the third spot. 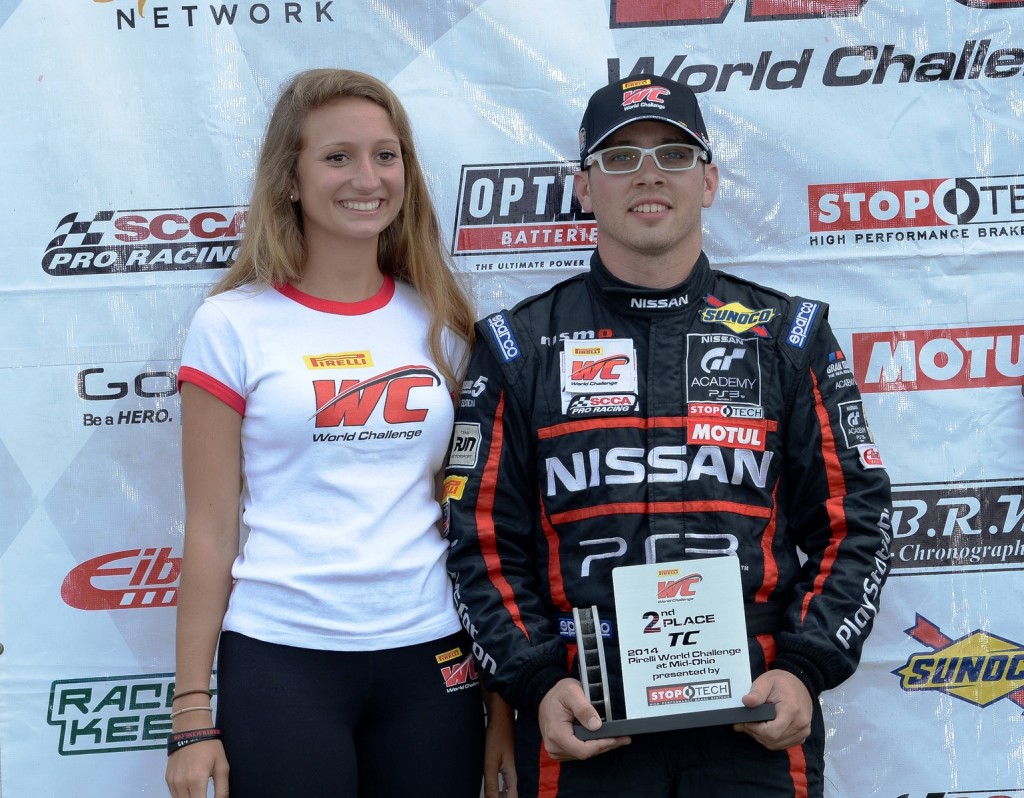 “I was pretty far back early on, but as the Miata and Civic battled each other for the lead, they lost some of their pace and I got much closer,” said Doherty. “As we got into traffic, I settled into a comfortable gap where I’d move up if they made any mistakes.”

That’s exactly what happened just a lap from the finish, when the second place Miata made contact with a slower car, spun and cut a tire. Doherty roared past and scored his second runner-up finish in two days and his third podium in four TC Class races in Pirelli World Challenge.

“I’d love to race for the win every race, but we have a Continental Tire SportsCar Challenge (CTSCC) race next weekend at Road America, and I’m happy I kept the car in one piece and got the team a second place finish,” said the Chicago area native.

The pair will share a car in the 150-minute CTSCC event next weekend at Road America in Elkhart Lake, Wisconsin.  That race will be streamed live at 12:15 p.m. Eastern on www.imsa.com and will air on Fox Sports 1 on August 17 at noon Eastern.