The Turbo 16 appeared at first glance as merely a hopped-up version of Peugeot’s then-ubiquitous 205 small car, but it was actually one of the most technologically advanced performance cars available at the time of its introduction in late 1983. 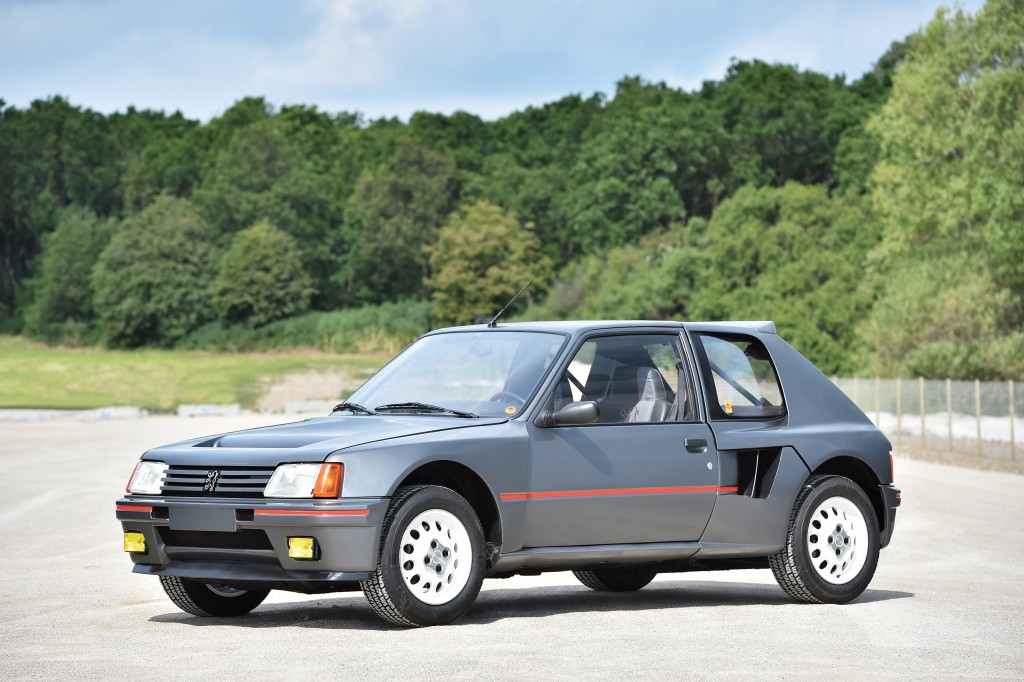 Although it did share some of its body panels with the standard 205, the T16, as it was known outside of France, eschewed that model’s modest, naturally aspirated engines under the front bonnet for a 197-brake horsepower, mid-mounted, 16-valve turbo unit, which nestled where the rear seats would otherwise be. Wedged in with the XU series four-cylinder is an intercooler and a four-wheel drive gearbox that works in tandem with an “epicyclic” centre differential and viscous coupling, which allowed for performance-minded drivers to apportion power between the axles, as needed. 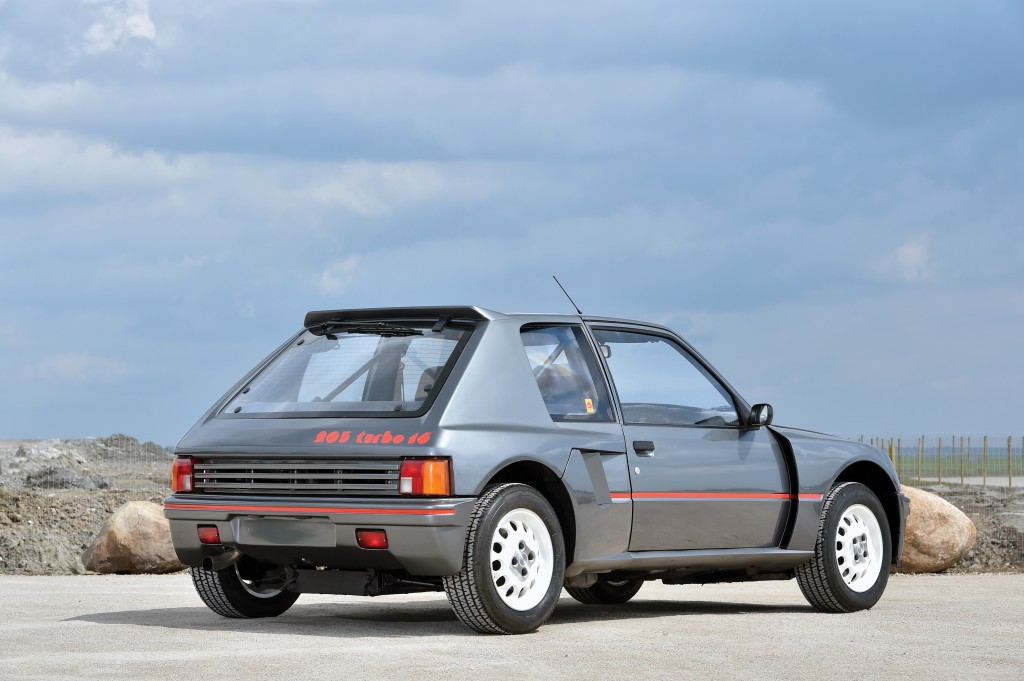 Hiding beneath its muscular bodywork was a maze of tubular structure which was designed to bolster what as an economy car, one that had 500-plus horsepower in WRC form. It does not take much more than a squint to know that the T16 is not a standard 205. Enormous wheel arches wrapped around white alloy wheels give the car an unequalled stance. 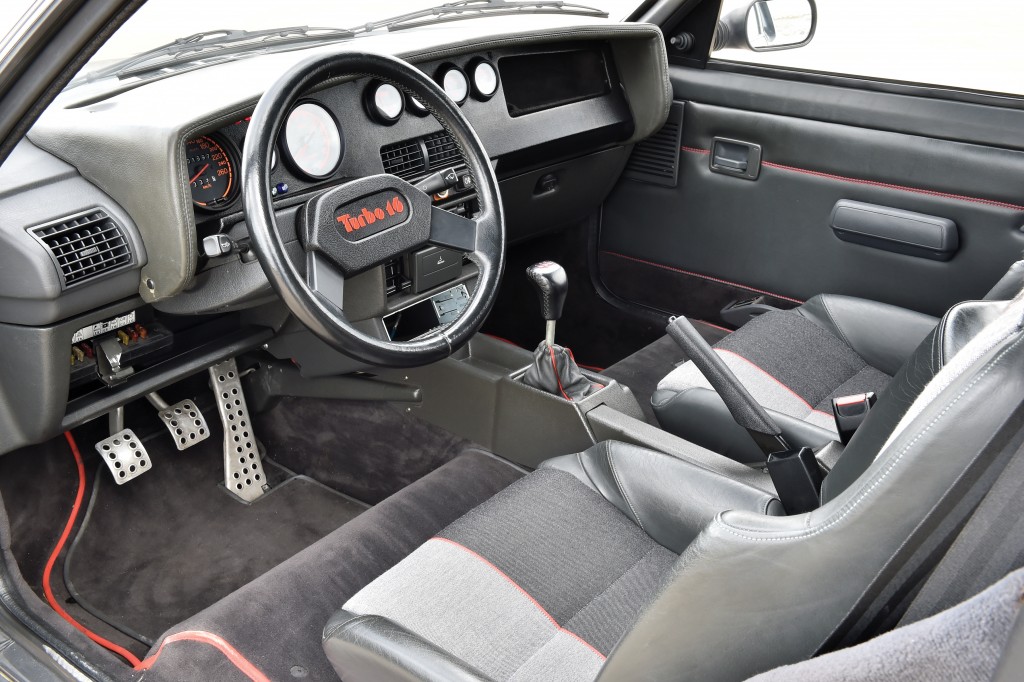 Examples were assembled by Heuliez and only 200 of them were built for World Rally Championship homologation. The T16 was small yet powerful, and it really channelled its rallying roots, but it also offered creature comforts over the spartan competition cars. Still, when their enormous hatchback configuration opened up to allow unprecedented access to what can best be described as a true “engine room”, the 205 Turbo 16 was anything but conventional. With dominating performances in the WRC, Peugeot would win back-to-back Group B Constructors’ and Drivers’ Championships with Timo Salonen and Juha Kankkunen in 1985 and 1986, respectively. 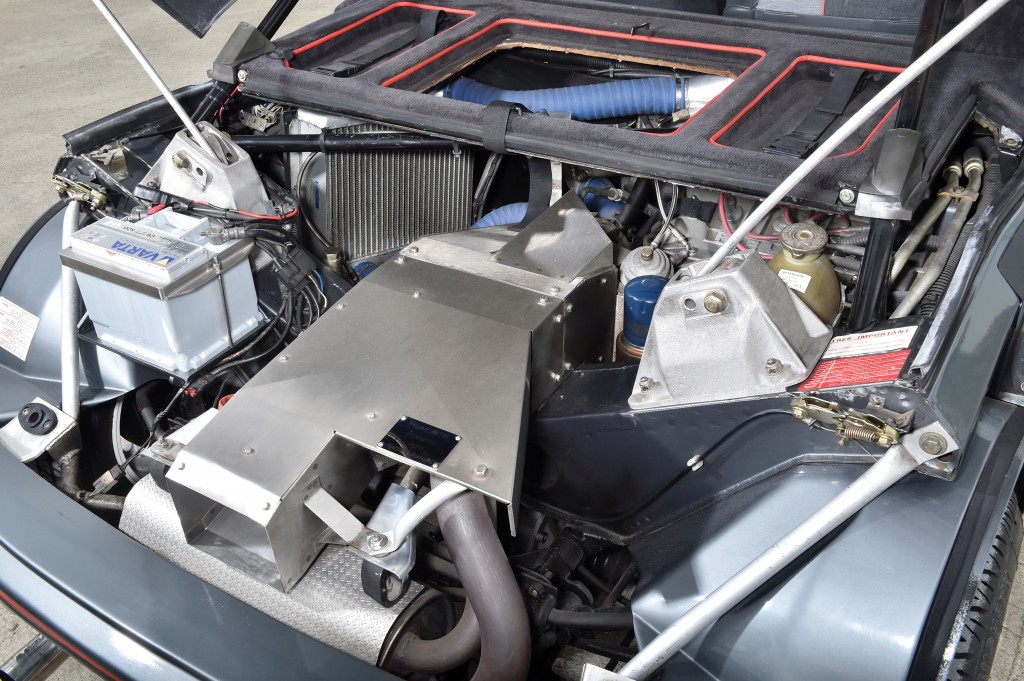 This T16 is the 117th of 200 homologation models, and it has been carefully preserved since being built in 1984. It was delivered to Holland in the summer of 1986, and included with its sale is its original importation documentation, factory owner’s and service manuals, and its original spare wheel under the front bonnet. It has been hardly driven, as a mere 1,700 kilometres are showing on its bold Jaeger speedometer. Commensurate with its limited mileage, the car remains in exceptional condition throughout. The grey paint contrasts nicely against the white “phone-dial” wheels and sporty red stripe that runs along the doors and around the front and rear bumpers. The interior shows just as well, with hardly a sign of wear. The two-tone grey seats present as-new and sport large Peugeot lions, alluding to the T16’s voracious nature. 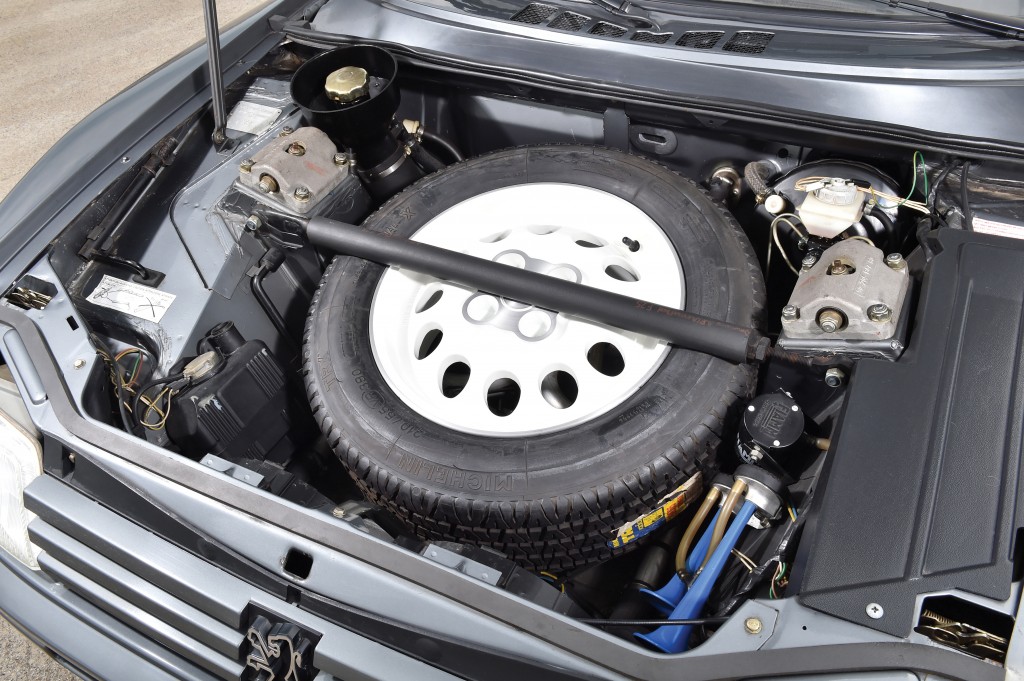 While the Peugeot 205’s diminutive size belies its performance potential, this Turbo 16 is a wolf (or lion) in sheep’s clothing, and it is ready to tear up the tarmac.