From Grassroots to Goodwood by Dave Vardy

It all started around 10 years ago, as I was given the opportunity to make a choice to either go to the British GP with McLaren or be hosted by the team at Goodwood Festival of Speed through my work. Well, I was never going to choose the latter, as the British GP was a no brainer! I mean, what was this Goodwood all about anyway?

I was swiftly put in my place by those “in the know,” as this was the event of the year. I was told that it is the only event to attend, if you want to see everything in the automotive and motorsport industry. There was a wide scope of high-octane sights to be seen, including F1 cars, motorbikes and even NASCAR. They were all there!

I finally made my decision, after being told I could also take my father, as well as there being a strong chance that he could meet his idol, “Il Grande” John Surtees. That year we attended the Festival, and words cannot really describe how I felt that weekend. It was incredible, as the sights, sounds, smell and atmosphere reminded me of why I fell in love with this industry in the first place. Simply put, it was glorious!

I will never lose that memory of seeing my father talk to John Surtees, as they reminisced about the old days, in front of the machines that truly defined an era from the dawn of Motorsport. I had only just started my degree in Motorsport Engineering, as I had a dream that one day I would put foundations into place for my very own race team. A team that would provide a foundation for young people to gain entry into an industry, which was so difficult to see past the shows we watch every weekend on TV. I spent the weekend at Goodwood talking to every race team I could, with hours quickly passing talking to engineers on how their lives flew past, just like a Silver Arrow taking the chequered flag at Brooklands all those years ago. That was settled, as the dream of becoming a Team Principal was born. The goal? To compete at the world famous Goodwood Festival of Speed!

It became an obsession for years after this, as there was so much to think about. How could I get a team together? What car would we build? Who would drive it? How could I get Lord March to notice us to get that illustrious invite for his glorious Festival? 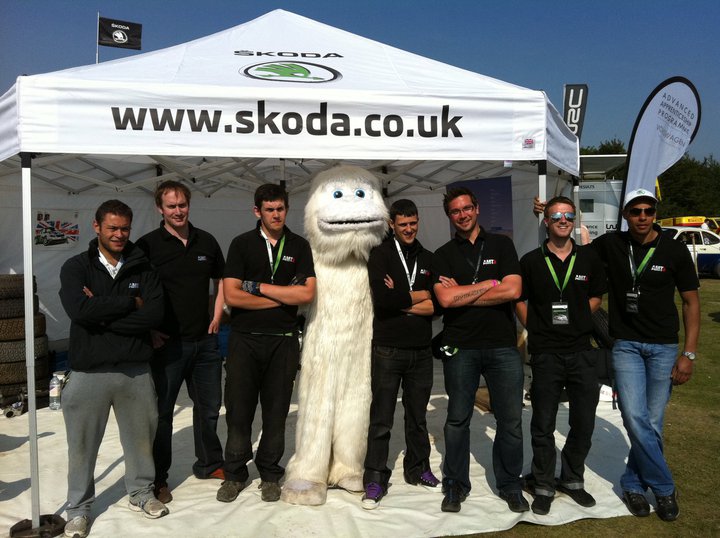 In 2008, the team was formed, as the foundations for what was the AMT (Apprentice Motorsport Team) were established, as myself along with an apprentice technician Dan Wierny and a recruitment specialist George Clarke started the first part of the journey.

We offered team places to all of the apprentices that were on the Volkswagen Group Apprentice Programme, with all of them having to endure a strict audition process. This was to make sure that we had the people with the right spirit on board the team. The team began well, running a Skoda Fabia Group N Rally car in various events, scoring good results along the way.

In 2010 we found out that Skoda had agreed to sponsor the Forest Rally Stage at Goodwood. It was at that point that we approached Skoda UK Motorsport to see if we could be part of their display, alongside European Rally Championship winner and current Volkswagen World Rally Championship superstar, Norway’s Andreas Mikklesen.

I guess in life, sometimes you do need a lucky break and this was just that. Skoda said we could be part of their display and Goodwood Festival agreed to let us run our car at the 2010 Festival of Speed. I couldn’t believe it, as in such a short time, we had made it. We were going to Goodwood!

The next few months were spent trying to work out how we could make the most of this life-changing opportunity. This may have been the only time we would be invited, so we had to make sure we did it properly. 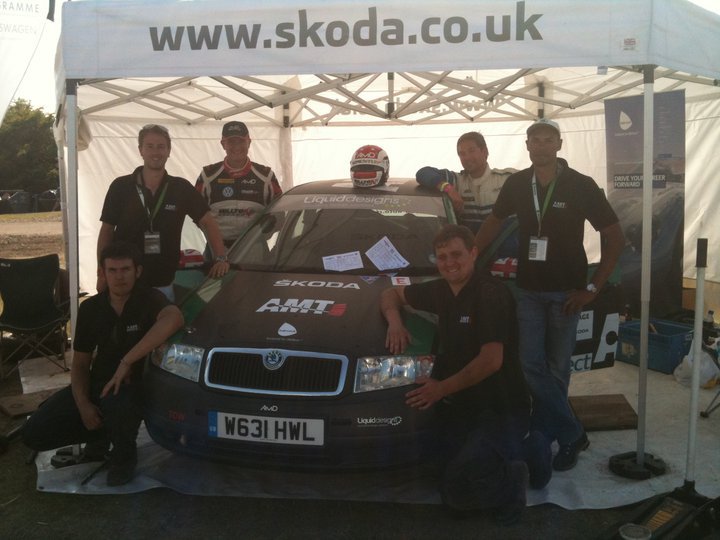 I had spent a few years previously building some good relationships within the motorsport industry. In the British Touring Car Championship, we formed a partnership with AMD Essex, run by Shaun Hollamby. I knew current GT driver Tom Onslow-Cole, as he had just signed for Shaun. Everything fell right into place on this particular occasion, as AMD Essex were running a VW Golf whilst I was still employed by Volkswagen. Some of the star apprentices from the program were sent to different rounds of the BTCC that year, so as to help the team to compete. This was as well as to give them the chance to find out first-hand and learning what it takes to work in a top motorsport series behind the scenes in pit lane.

Leading up to our appearance at Goodwood, I contacted Shaun and asked him if he wanted to have a go at rallying, which he quite literally jumped at the chance. So as a result, we got in touch with various media parties, informing them of an unknown race team and team manager that would be competing at the Festival of Speed with a legendary touring car driver getting behind the wheel.

After that happened, everything was flying by in a blur, as there we were in a whirlwind of double page spreads and front covers with our story in magazines. It seemed that everything was just clicking into place, when it came to preparation, the team, the weekend and working with the media. I had a feeling that it was the start of something special, as it was all working so well.