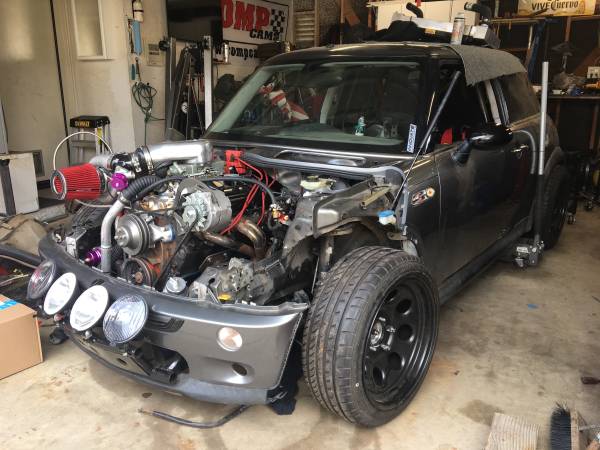 He stuck a rear axle from a 4 Runner under it! Why? You could fit so many different IRS systems. Instead it looks like the back of trophy truck with four massive links. 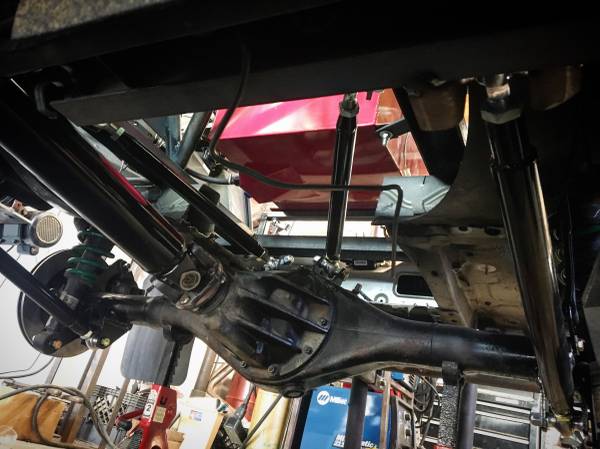 Yes, its a simple solution. Yes, a live axle works well on little sports cars like the Lotus 7. But Colin Chapman couldn’t buy a complete rear subframe from an E39 touring and bolt that in either.

Then I went to the next picture and realized I need to build my own. 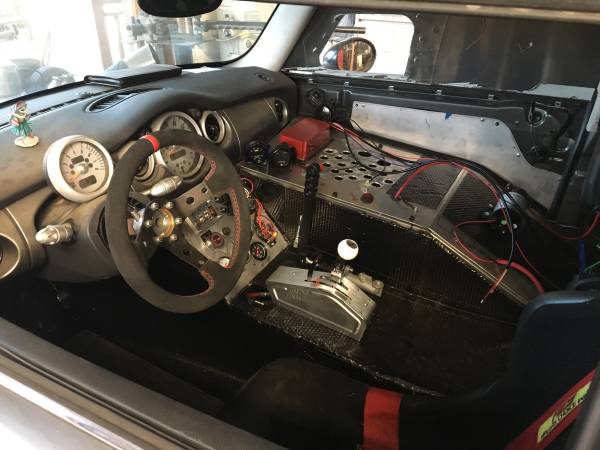 I like the passenger side mounted radiator. It’s innovative. But it’s also hot. Like “WTF, Why did I put this in here hot?” My solution was to run it all the way to the back. Im not going to need the cargo area in a V8 powered Mini. There’s a few other things that concern me too. Why is the car an automatic? With that much work, you could easily fit a manual. Why is the handbrake so far away? Maybe its closer than it appears but it certainly seems like an odd place to mount something you might need at corner entry.

The other thing that’s not such a big deal, but is something you figure out over time. Don’t mount your gauges where they are blocked by the chin guard of your helmet. Maybe this car will never see a track or drift event, but put a helmet on and some of those gauges will be hard to read without moving your head down and taking your eyes of the road.

Overall its a cool car. For the right person its a weapon. I want to do something a little different and more aggressive but this is close! I wish there were more build pictures because I have so many questions.

Here’s the description for when the ad’s gone or the car’s sold:

This has been a build I have always wanted to do so I did and now it’s time for someone to enjoy it. It is practically finished and is just a crazy car that everyone needs. Could be a really fun drift car or crazy track car.

Must see. Open to price and partial trades.