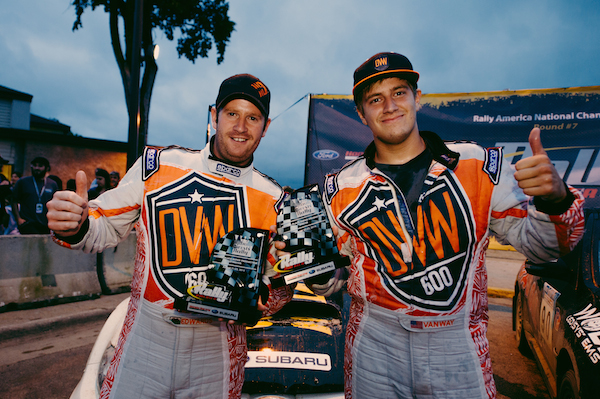 The event was the seventh round in the eight round Rally America National Championship. Even with one more round to go, Dillon has mathematically ensured that his closest contender, Nick Roberts, cannot win the title even if Van Way does not finish the next race. Even more notable than just winning the Championship is the fact that this is Dillon’s first season in the Super Production class.  He raced a two-wheel-drive Ford Fiesta in previous years. 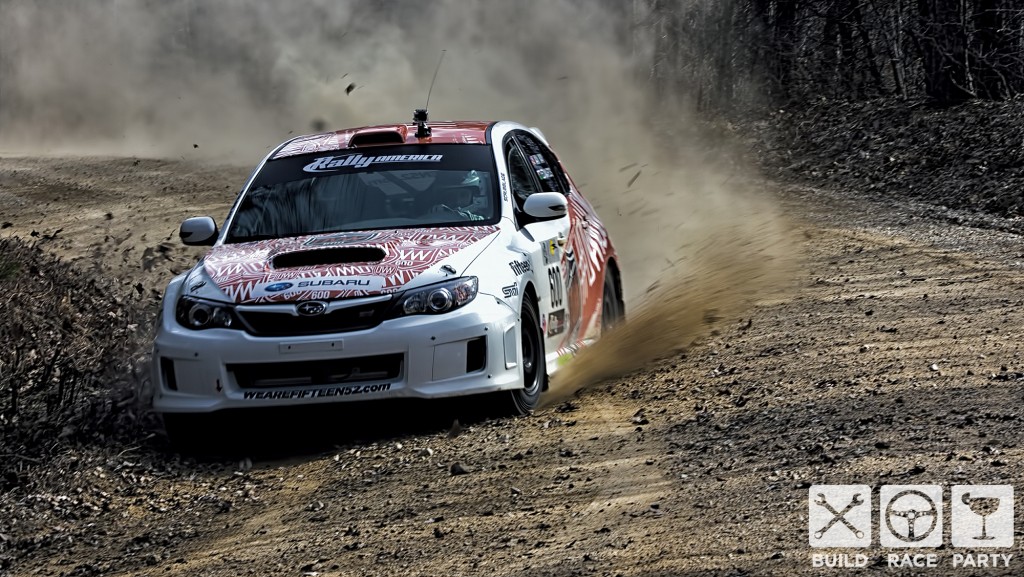 “One year ago we went to Ojibwe with a goal of winning the SP Championship in 2014 and it was amazing to accomplish that goal almost one year later to the day,” said Van Way. “This past season has pushed me as a driver with learning a new car and the competition at every round was some of the best I have faced in my career.” 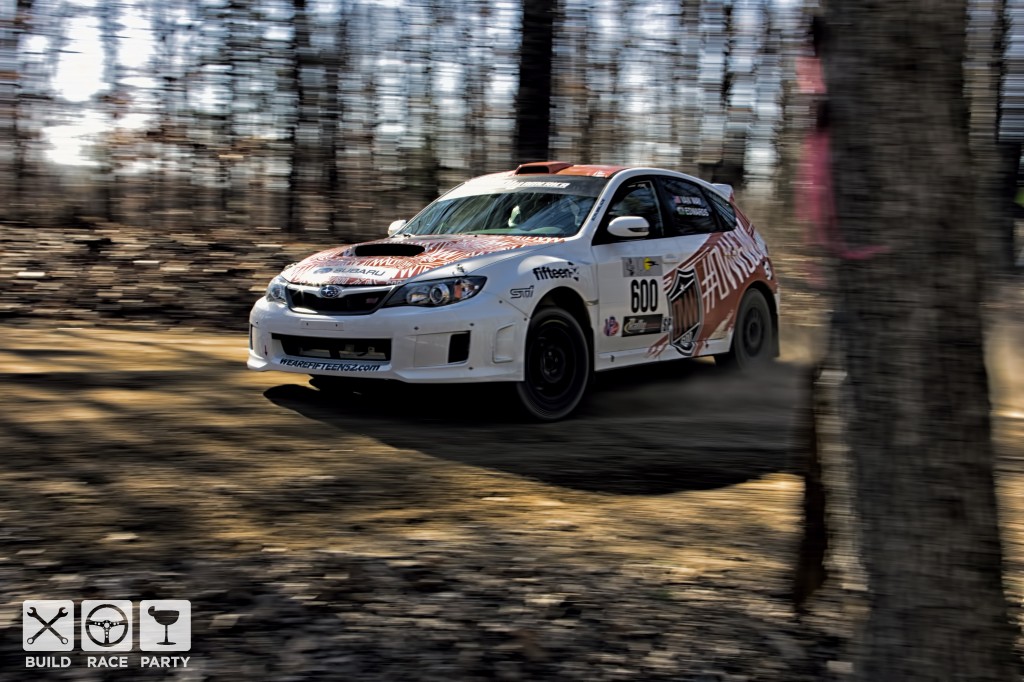 The title is a victory for not only Dillon and co-driver Andrew Edwards but for the whole team responsible for keeping the car in top form all season long.

“I can’t thank the team enough for all the hard work, dedication and energy they put into this championship. The true testament of their skill shows in that even on the races we had the worst luck, they were able to keep the car going to at least a 2nd place finish! So thank you Clint, Marc, Cullen, John, Paul, Bowen and Sean for being a part of the team. It wouldn’t have been possible without you,” mentioned Dillon. 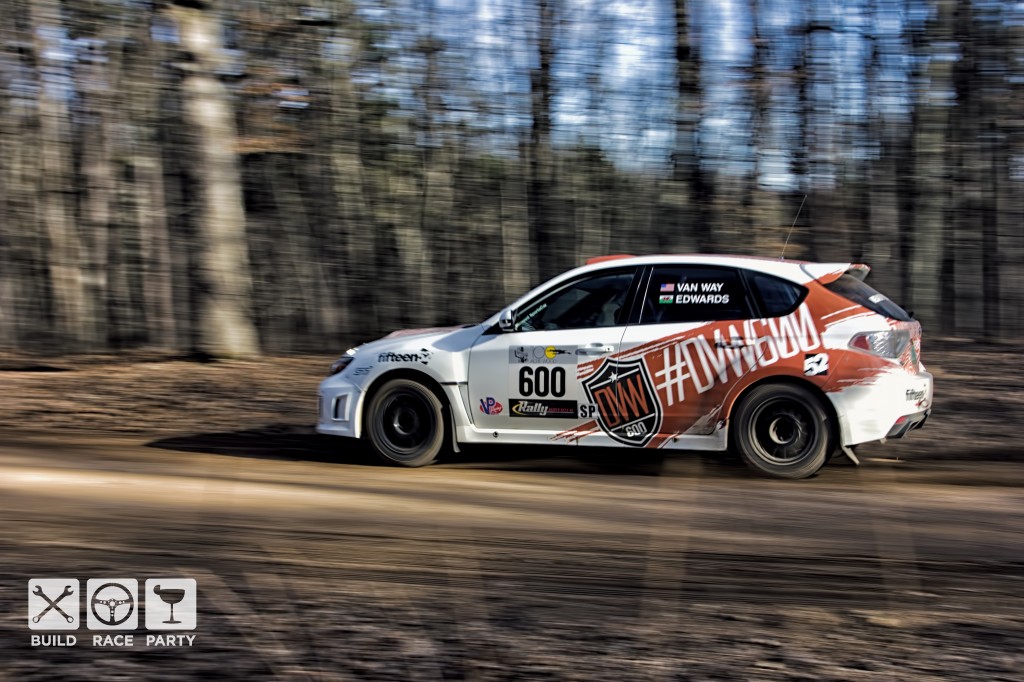