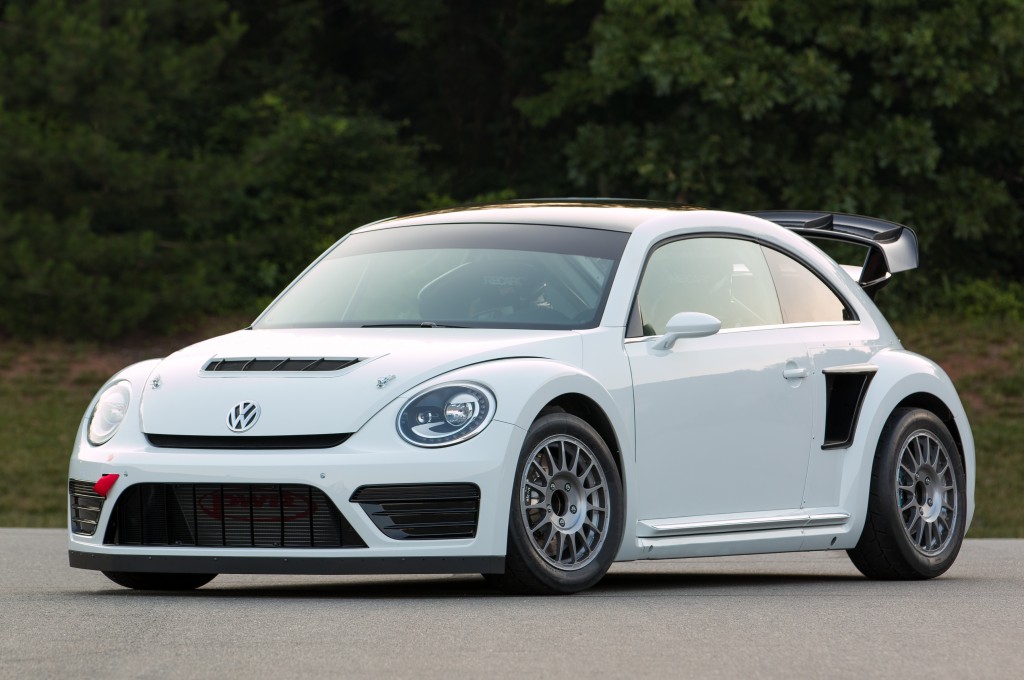 The team enters the third round of the season, Volkswagen Rallycross D.C., with two victories for Scott Speed driving the No. 7 7UP Volkswagen Polo. Both he and Foust are stoked by the prospect of the Beetle, which features a 1.6-liter four-cylinder TSI® turbocharged and intercooled engine making 544 horsepower. “The Polo has already proved super-competitive,” said Speed, “and we are really looking forward to racing a car that has been engineered specifically by Volkswagen Motorsport for GRC competition.” Foust added: “I know I can’t wait to race the No. 34 Rockstar Energy Drink Beetle. There’s no cooler looking car in the series.”

Jost Capito, Volkswagen Motorsport director, said: “After Volkswagen of America’s impressive start on the rallycross scene with the Polo, the launch of the new Beetle GRC rallycross car represents the next major milestone. The Beetle boasts a unique appearance and state-of-the-art technology. It will sweep fans off their feet.” 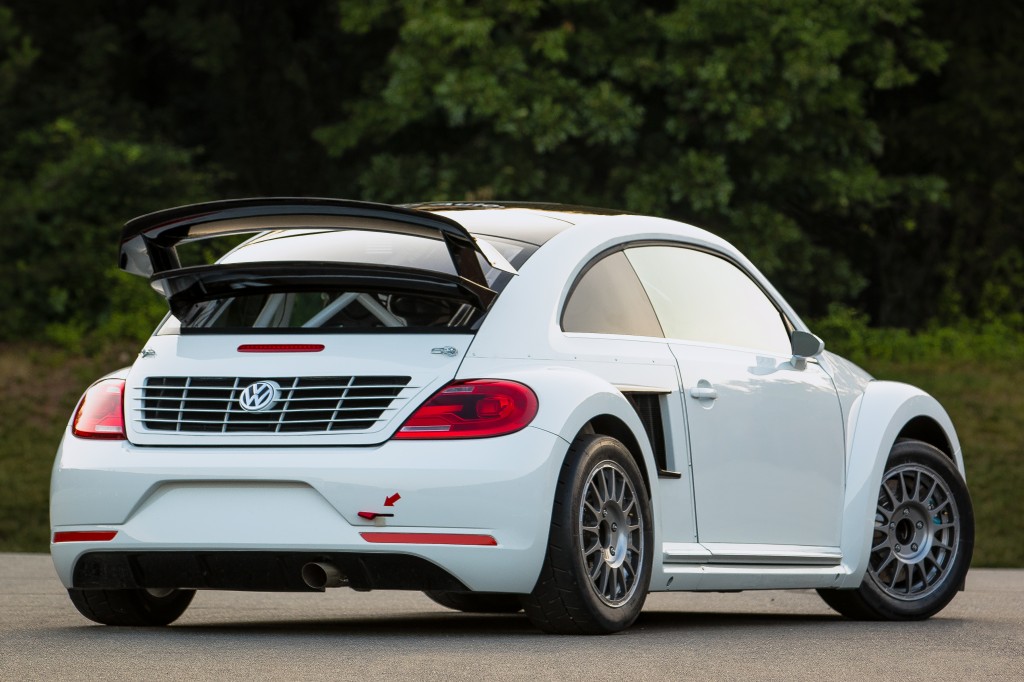 This rallycross car is the ultimate expression of the third-generation Beetle. Designed and engineered from the outset as a GRC car, it features a sequential six-speed transmission, with a fixed-ratio all-wheel-drive system that features multiplate limited-slip differentials at the front and rear.

The car uses an all-around strut-type suspension, with ZF dampers and about 9.1 inches of travel to cope with the rigors of the off-road portion of a rallycross course. The car has 14.0-inch diameter front and 11.8-inch rear vented disc brakes, with four-piston aluminum calipers. The 17-inch wheels are shod with 240/640-R17 Yokohama competition tires.

The Beetle cuts quite a dash with its outsize rear wing, widebody fenders, and aggressive front fascia. Overall, the car is 168.8 inches long and 71.7 inches wide, and has to weigh in at a minimum of 2668 pounds, per series regulations. With this combination of low weight, high horsepower, and all-wheel-drive traction, the Beetle GRC is predicted to sprint from 0 to 60 mph in an incredibly quick 2.1 seconds.