Portland, Oregon (May 6, 2014) — Subaru Rally Team USA’s David Higgins and Craig Drew dramatically won the Oregon Trail Rally by overtaking teammates Travis Pastrana and Chrissie Beavis on the next to last stage. The Oregon Trail Rally is the third round of the Rally America National Championship held in Portland and Hood River, Ore.

Action sports icon Travis Pastrana immediately built a lead at Friday’s Portland International Raceway stages and held it through Saturday despite Higgins winning all but a single stage.  Chicane barrier penalties played a large part in keeping Higgins from overtaking Pastrana and Higgins began the last day trailing by 39 seconds. 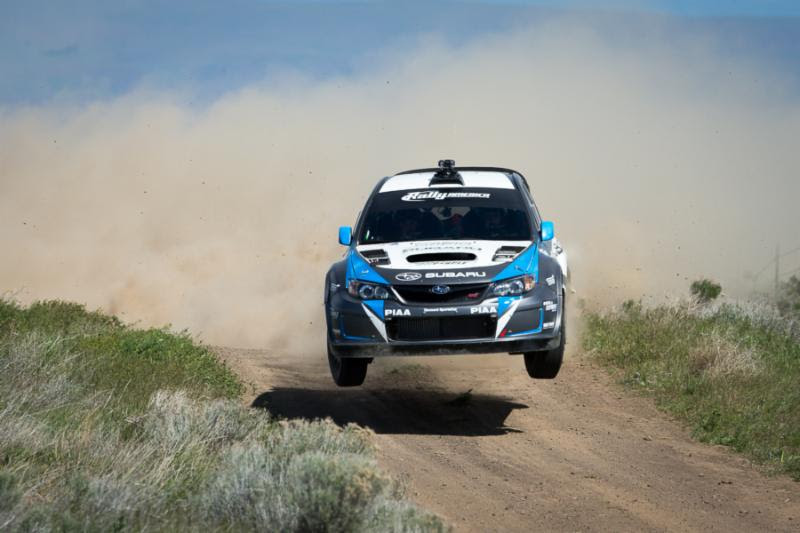 Higgins fiercely drove to reduce Pastrana’s lead, however, it was Pastrana’s two flat tires on stage 17 that sealed his fate to drop him instantly into second place overall. Higgins then cruised to his sixth career Oregon Trail Rally victory and his fourth consecutive Oregon Trail Rally win.

“I just wish Pastrana didn’t get his puncture so we can see the real times,” said Higgins. “It would have been close, at least we could afford to cut back on the last stage because we had nothing left. It was so slick out there with the rain coming down. It was an awesome battle, fantastic for Subaru to sweep the podium.” 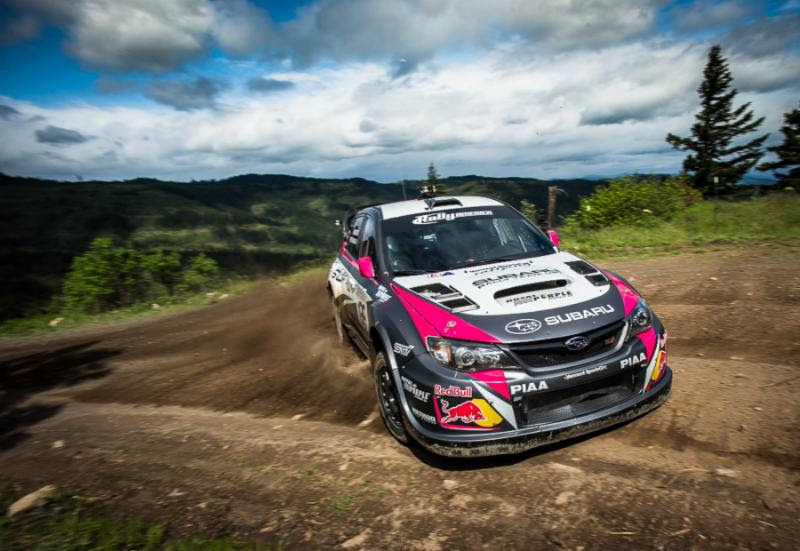 Pastrana added, “It was such an awesome rally, We had some fortune to get the lead, but Higgins chipped away at it. We learned so much here and we are a lot closer than we were the first race. I can’t wait for the next round.”

The Super Production battle came down to the very last stage with David Sterckx and Karen Jankowski beating Dillon Van Way and Andrew Edwards by 7.4 seconds! Van Way and Sterckx traded the class lead multiple times throughout the event, but it was Sterckx’s lunge on the last stage that gave him his first victory this season. Van Way finished second to land his fifth podium in-a-row, and Lauchlin O’Sullivan and Scott Putnam hung on to finish third in class.

“We had dust issues and chicane penalties early in the rally,” said Sterckx, “But we decided to push harder for the win, there was no other option. We won the last four stages, and we went faster in the rain than we did in the dry last year at Oregon. We made up two seconds per mile on the final five mile stage to close the 7 second gap to Dillon.” 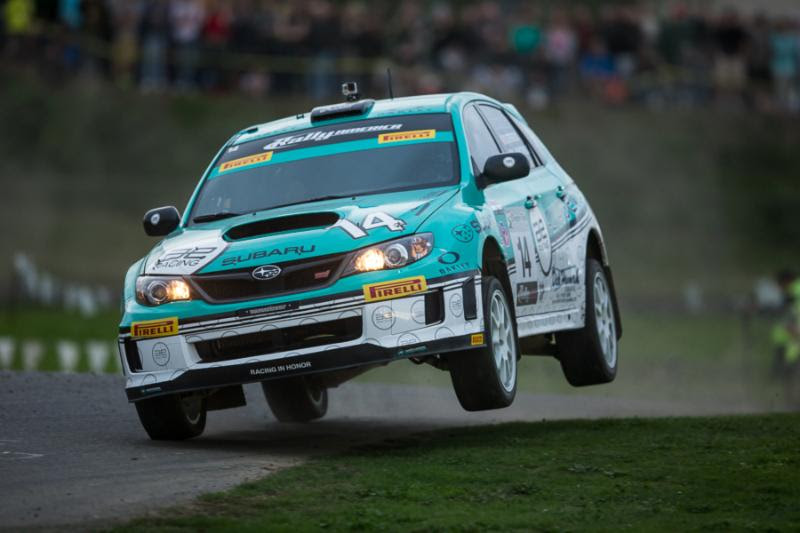 Super Production points leaders, Nick Roberts and Rhianon Gelsomino, suffered a catastrophic car fire on Stage 8. Fortunately, the drivers were treated by medical personnel and released. The retirement will ultimately knock them out of first place in the standings.

The Oregon Trail Rally delivered another exciting battle in the Two-Wheel Drive (2WD) category with Ramana Lagemann and Nathalie Richard securing their first win competing together. Lagemann stepped away from rally racing in 2012 and decided to run at this year’s Oregon Trail in a 1995 BMW M3. He immediately built a lead from the very beginning, but Ford Fiesta ST drivers, Andrew Comrie-Picard and Jeremy Wimpey, kept the pressure on Lageman to finish in second place just 31.5 seconds behind. 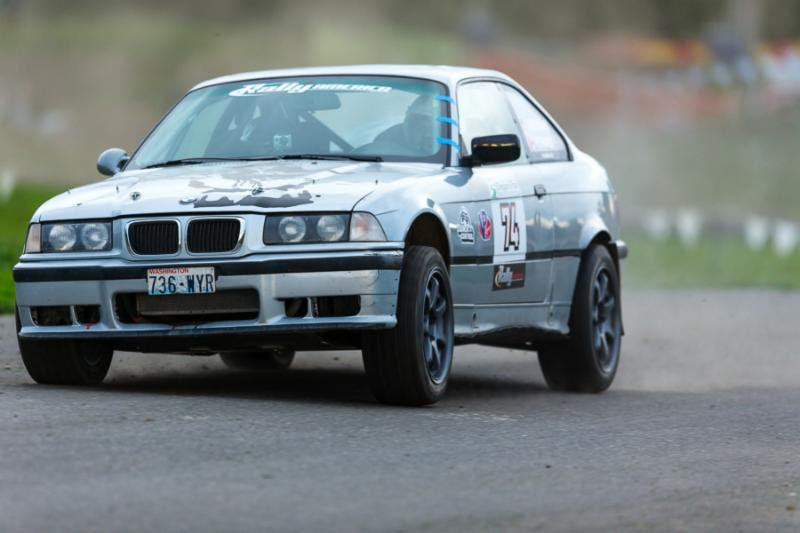 “It always feels good to come back rallying,” exclaimed Lagemann. “This was a completely new car, experience and co-driver for me. We came here to have fun, but we didn’t know if we had the capability to win. This is totally unexpected.”

Comrie-Picard’s second place finish will grab the 2WD standings lead from Scion Racing’s Matthew Johnson. The Scion driver hoped to add to his 2WD points lead at Oregon, but Johnson experienced gearbox problems throughout the event and eventually retired from an engine failure.

The Oregon Trail Rally is scheduled to be televised on the NBC Sports Network on June 1st at 6:00pm EDT/3:00pm PDT. The show is a mix of the best rally racing action and behind-the-scenes look at why drivers risk it all in this amazing sport.

Based in Williston, VT, Rally America, Inc. sanctions the Rally America National Championship, which consists of eight national-level events in 2014 located at a variety of venues across the country, from Portland, Oregon to Newry, Maine. NBC Sports Network is airing eight Rally America episodes. For more information please visit www.rally-america.com.