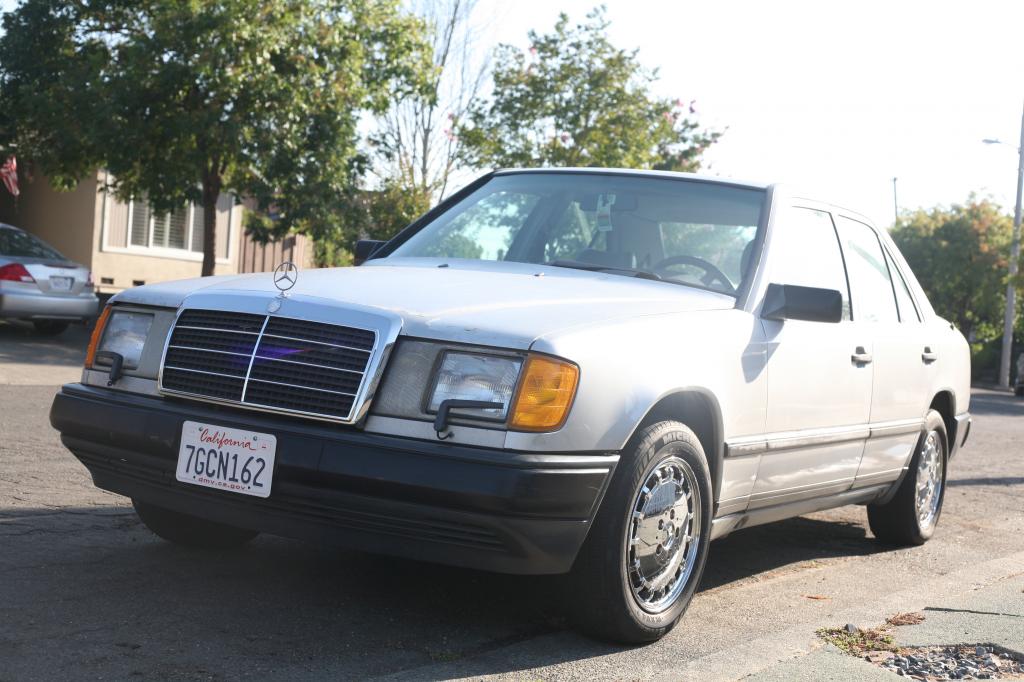 There is a saying that the most expensive Mercedes is a cheap Mercedes. Honestly, why shouldn’t I believe that? If Volkswagen, the least expensive car of the German bunch, can have parts that make my wallet cringe, then logically the luxury brand Mercedes must bring outright fear. But so far its been a lie. I bought this car for a 1000 bucks. And in California, finding anything that runs and is smogged for a 1000 dollars is tough. Thankfully, older diesels are smog exempt, so I’m ahead already.

This car is special in a few ways. First, I have owned other German makes, including Volkswagen, Audi, BMW, and the arguably German Merkur, but this was my first Mercedes. Secondly, it was a diesel. I owned a first generation Dodge Cummins, but a diesel in a car is very different animal. Thirdly, I just rolled over 366,000 miles making it the highest mileage vehicle I’ve owned. For reference, my second highest was an 84 GSL-SE with 280,000 original miles, (suck it anti-rotary people).

The car itself is built to a standard that exceeds anything else I’ve owned. The bracket that holds the vacuum solenoid for the EGR is held with a lock nut. Yes, a vibration proof lock nut for something completely undeserving of such attention. The doors close with confidence and the hood hurts like hell when you hit your head with it. It hurts enough that some engineer at Mercedes decided the hood should have a completely vertical service position. Every car should have this.

Yet, so much on the car is crap. The environmental controls are automatic, meaning they operate with a system of vacuum, science, and frustration. Needless to say, these systems don’t age well. When I want heat I have to set it to defrost. That is nice place for heat, but it only works on full blast. This means every foggy morning I face a choice of either driving while constantly wiping away condensation, or burn to death. Then of course the sunroof doesn’t work, the rear windows don’t work, and the closest thing to a radio I have is me singing to myself. I’m not tone deaf, but I’m no Bob Dylan. Plus, I only play the same 10 songs over and over again.

Mechanically, I’ve had no real issues with this car aside from occasionally smoking under boost. There was decent shaft play, thus I deduced the turbo was looking to retire soon, so I hunted down a younger replacement. As this was a perfect excuse to improve upon things, I got my hands on lovely non-trap oxidizer manifold which has a standard T3 flange and places the turbo in a logical location. For those not familiar, the North American version is a cluster fuck. After a few weeks of e-Research on turbos for Mercedes, I opted for a Holset HX-30. Designed for the direct injected Cummins four cylinder, the design is well suited for the IDI 6 cylinder.

One of the things I’ve come to appreciate is how Mercedes values its customers. They maintain a high mileage rewards program that sends a rather ornate letter and die cast grille emblem for reaching certain mile checkpoints. The website can be found HERE. Even with the 1990’s HTML grade website, I applied for the two I qualified for and sure enough, they arrived. I’m sure a few of you will think its lame, but I’ll counter that with the fact its a novelty of appreciation that few companies bother to do anymore. And it’s free!

Secondly, I’ve actually replaced a few parts on this thing and had dealings with the parts guy at the local dealer. I have dealt with all kinds of parts counters over the years. Honestly, aside from Mazda, I’ve never had as good an experience as I have had with Mercedes. And the prices were actually quite reasonable, but that is likely because its a diesel. If you had an AMG, you would likely disagree. More importantly, the guy knows his cars (and the dewy decimal-like system they use for parts…) and its been easy to get what I need.

Even the replacement parts are good. Which they should be considering they are OEM. But I would like to point out that except for a few consumables, most Mercedes parts are not available through your typical big box auto parts store. That is actually a good thing. Most of those stores sell parts that are cheap. They are cheap because they are made from the hopes and dreams of underpaid third world workers and have working tolerances somewhere between “close enough” and “aww fuck it.” Mercedes knows that their cars are owned by those with the financial clout to afford good parts, like dictators and Russian mobsters, who have no time for returning parts under warranty. Even the veggie-oil-converting beatniks who buy them second hand appreciate the fair trade-like practices that accompany the organic, shade grown parts.

Nextly, with the larger turbo making whooosh noises, and the decently worn suspension somehow managing respectable handling, the car is actually fun to drive. I’m sure when all the fancy junk worked on the car, I was a truly great car. And if the body was a bit straighter, I would have considered restoring this heap. Give it another life and enjoy it everyday.

Lastly, I sold the car to nice a fellow in the bay area. Why? Because I miss driving a manual. Which is a lame reason since I replaced with with another automatic Mercedes. I think that changing to a 500 – 1000 mile per week commute without a good working heater and a/c made me consider moving on. I’m sure the car is still puttering up and down the hills in San Francisco. Marking it’s territory with oil. 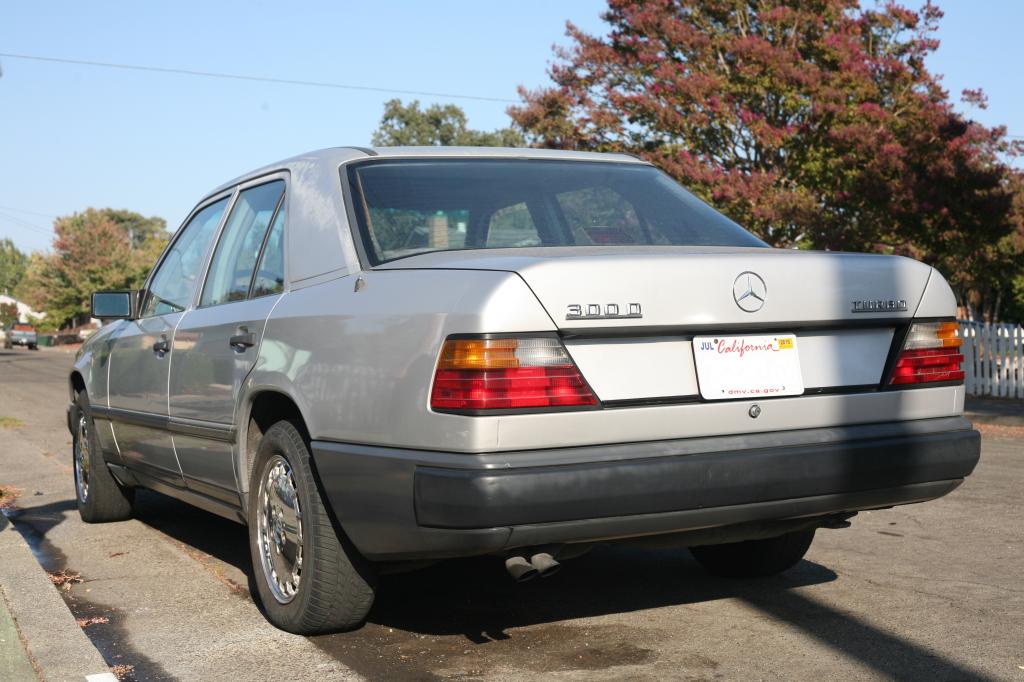