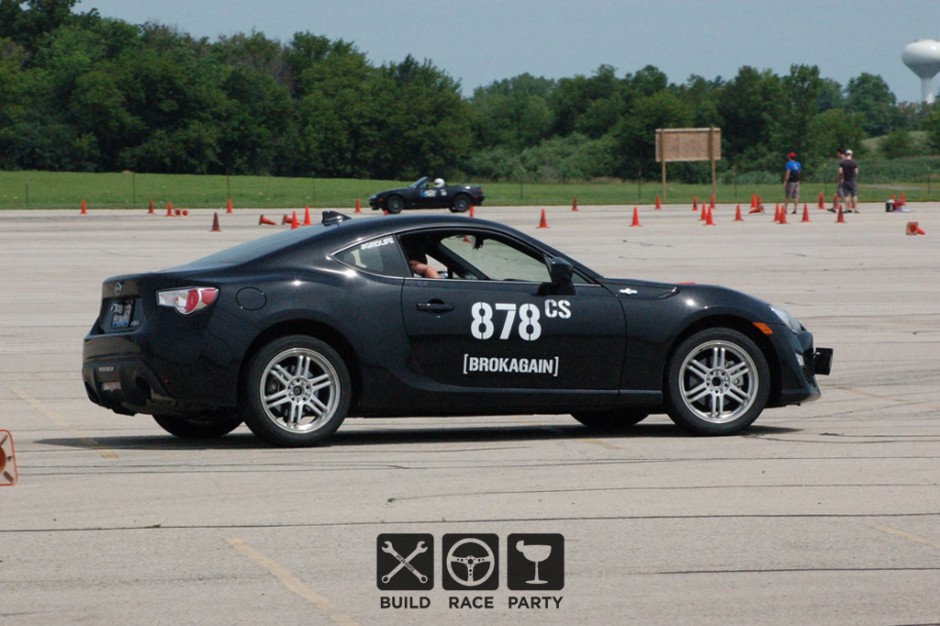 The beginning of the season went well. In the last installment of [BROKAGAIN], we covered the cost to autocross when I took the [BROKAGAIN] FRS to its first event.  So this series of posts will cover the events since then and bring us up to date since that first outing with the FRS.

The second event of the year was hosted by TSSCC and Chicago Region SCCA and was a double header weekend at the Lake County Fairgrounds in Grayslake, IL. This was a new event site for both clubs and I’m happy to say it could not have worked out better. The staff, the surface, the location; everything was exactly what you would ask for in an autocross site. The weather, however, was less than pristine for the morning of day two (see: torrential downpour). I had a co-driver for the weekend who was the former club president and friend Mike Razny. He was in between vehicles at the time and asked if he could jump in with me. I kindly obliged as I needed the instruction after switching from AWD to RWD. Plus I just got new tires so I was totally okay with some extra rubber being burned.

Both the days went okay… I didn’t perform as well as I would have liked to, but at the same time this is my 2nd & 3rd time competing in the car, so it’s not surprising that there is a bit of a learning curve. By the end of the weekend I would say I felt 100x more comfortable with the new drivetrain, but don’t confuse comfort with being competitive — I still suck. Day 1: 3rd of 7th in Class and 49/107 Overall | Day 2: 2nd of  4th in Class and 39/71 Overall. Again, not the best results, but I’m okay with those times for my 2nd and 3rd try. 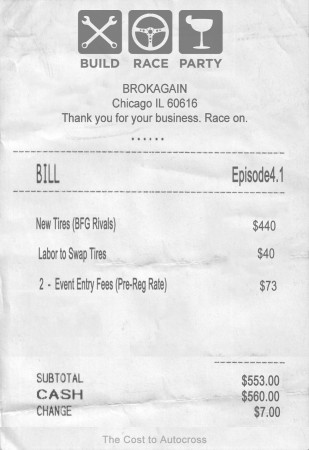 The next event was at the Rantoul National Aviation Center which was once the Chanute Air Force Base back in 1917. Now-a-days it is an old abandoned AFB with some cool stuff to look at and a grippy concrete surface with some areas that are in desperate need of some TLC. We set the cones up Saturday afternoon for the event Sunday and it was an interesting layout. The course had an 10 cone slalom that wasn’t like your normal slalom with some double cones and pointer cones that basically turned it into 2 separate slaloms — really interesting and definitely got a couple DNF’s during the morning runs. The day was hot and windy, but fun. It seems that Autocross has the novel ability to overcome a lot of the things that would normally put someone into a grumpy mood.

There wasn’t enough competitors in my class (C-Street), so the two of us got put into what is call “Open Combined.” Basically, if you don’t have enough participants in your class, you get merged with racers at a similar disposition in their respective classes. Everyone is put together into one big pool and after PAX is applied your position is given. We had a total of 9 competitors in Open Combined ranging from SSR to HS. With 9 competitors there were 3 trophy spots and I didn’t manage to get any of them (womp-womp). I came in 5 in class and 29/49 overall for the day. Still pretty close to my usually mid-pack final result so I was happy. On part 2 I will talk about our trip to Indiana for an event at the Grissom Air Reserve Base (with videos). 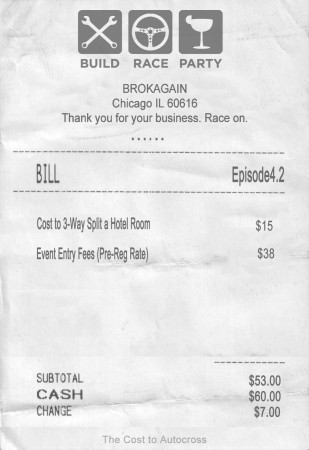