Members of the Chinese Government together with city officials and local dignitaries gathered in Beijing today for a special ceremony to officially welcome the new all-electric FIA Formula E Championship, and to launch the Beijing ePrix set for September 13 2014. 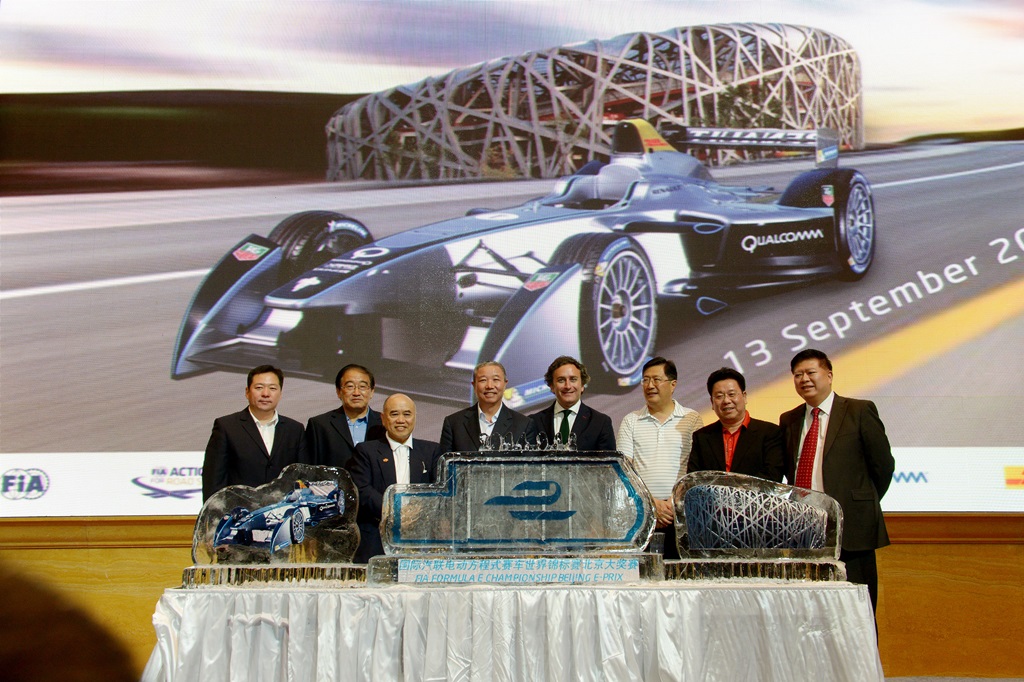 The prestigious event was attended by more than 200 distinguished guests and was held at the seven star Pangu Hotel – which overlooks the city’s National Aquatics Centre and Olympic ‘Bird’s Nest’ Stadium, both of which provide landmarks for the temporary street circuit that will be used. 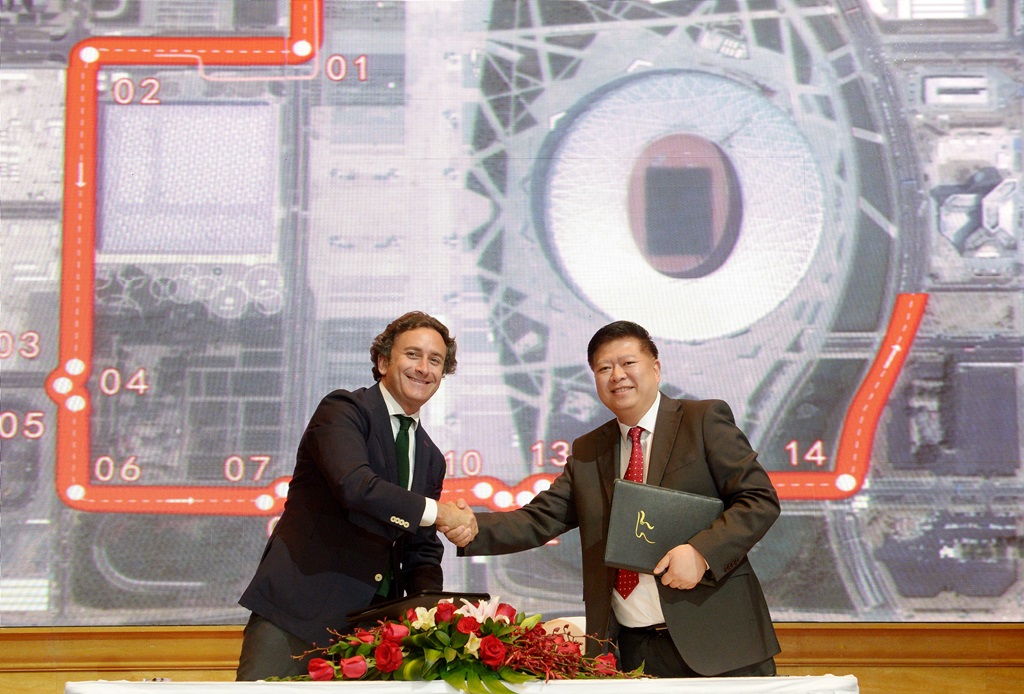 The event also saw Formula E extend its global television outreach by signing an initial free-to-air broadcast agreement with CCTV-5 – the main sports channel in the People’s Republic of China and part of the China Central Television network. The deal will see the station televise all 10 Formula E races in full together with a regular highlights package and live coverage of the Beijing ePrix.

China Central Television is the principal state broadcaster in mainland China with a network of 45 channels – the largest number of television sub-channels in the world – and has a potential reach of 200 million plus people. It joins previously announced broadcasters FOX Sports, covering the US and 88 territories around the world, Japan’s TV Asahi and ITV in the UK. 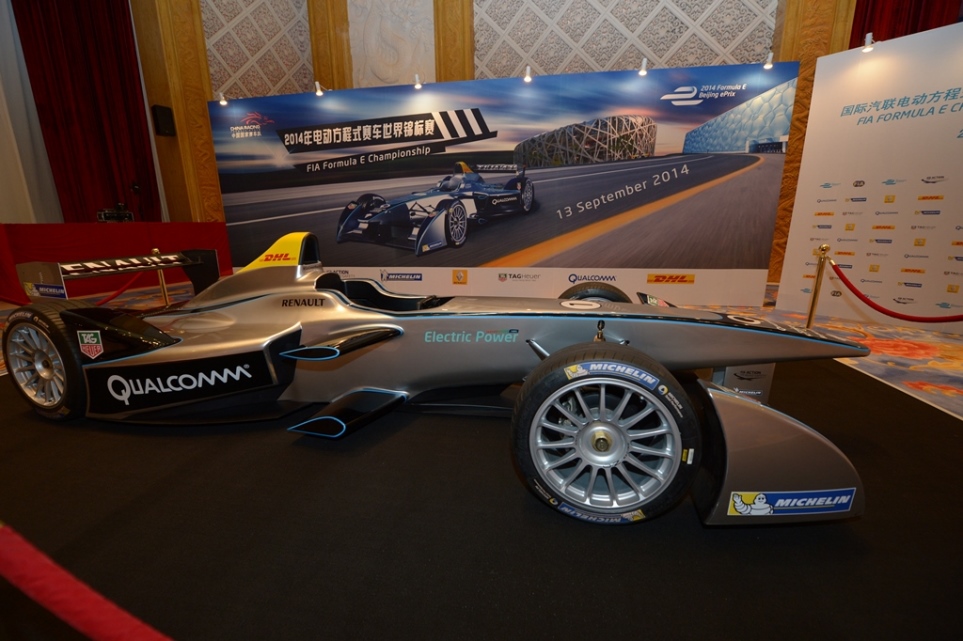 Formula E is the world’s first ever fully-electric race series using open-wheel cars capable of speeds in excess of 150mph. Its 10 teams have already been confirmed and feature some of the leading names in motorsport including a Chinese team led by Steven Lu. A total of 20 drivers will take part, two per team, six of which have already been presented: Daniel Abt and Lucas di Grassi for Audi Sport Abt, Jaime Alguersuari and Sam Bird for Virgin Racing and recently announced Karun Chandhok and Bruno Senna for Mahindra Racing. The new championship is designed to appeal to a new generation of motorsport fans whilst helping to promote the electric vehicle industry and showcase technology.

Alejandro Agag said: “It’s a pleasure and an honour to be here in Beijing today and my thanks go to all the city and government authorities for their enthusiastic reception. On June 12 it will be exactly 100 days before Beijing hosts the opening ePrix and the world’s first all-electric Formula race. Today I walked part of the circuit and visited areas where the first infrastructure holes have already been drilled and it’s just an incredible feeling and something that everyone here is excited about. We’re also delighted to have signed the initial broadcast deal with CCTV-5 increasing our global reach and showcasing sustainable mobility to an even wider audience.”

Steven Lu, who also heads the organising team for the Beijing ePrix, added: “I am delighted to be welcoming everyone here today and to be presenting the Formula E car in Beijing for the first ever time. Preparations for the race event on September 13 are going very well and we are fully supported by the Beijing Government, the Ministry of Sports, the Sports Bureau and the ChaoYang District. Their experience gained from many previous major sport events will guarantee the success of the opening round of Formula E and we’re looking forward to welcoming everyone to Beijing in three months’ time.”

Pre-registration for tickets for the Beijing ePrix will be available in the coming days priced from 488RMB to 688RMB (55-85 Euros) with more information available via the Chinese version of the Formula E website – www.fiaformulae.com.cn – which also contains its own dedicated Chinese social media channels.