The all-Danish crewed #95 Young Driver AMR V8 Vantage GTE raced to victory in the GTE Am class at the 2014 24 Hours of Le Mans. The Gulf-liveried car finished two laps ahead of its nearest rival in what was the largest class of the famous endurance race with 15 competitive GT cars. 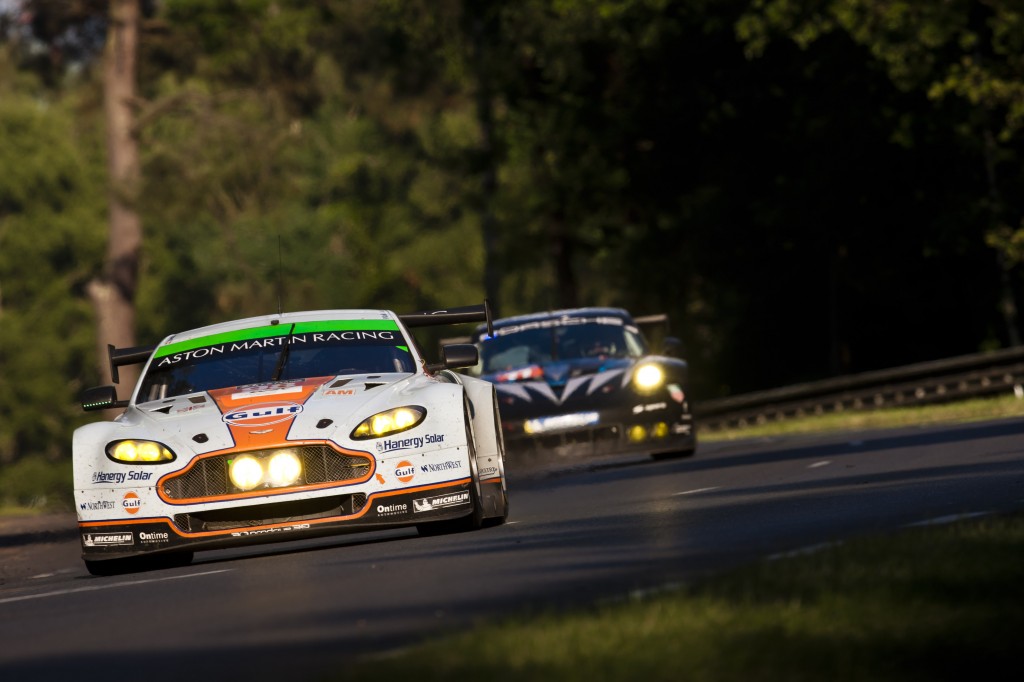 In contrast to the joy of the Am class victory, the team’s race-long challenge with the #97 GTE Pro car finished with bitter disappointment as a power steering leak cost them five laps on track and left them in sixth place. 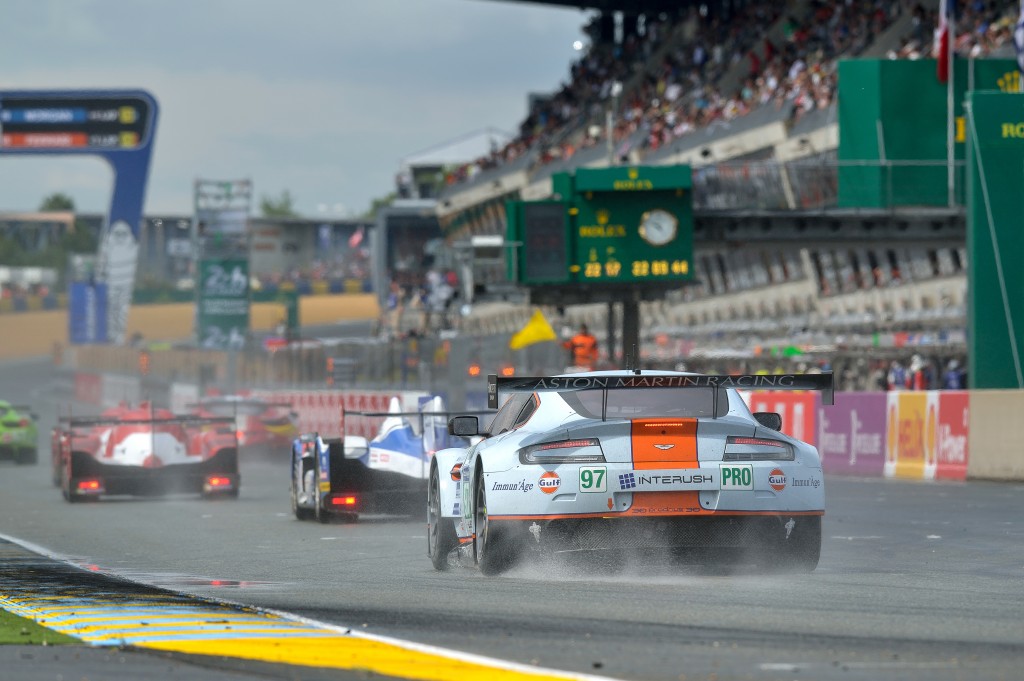 Aston Martin Racing works drivers Nicki Thiim, Kristian Poulsen and David Heinemeier Hansson will return to Denmark as 24 Hours of Le Mans champions after leading the world’s most famous endurance event for the majority of the race, finishing two laps ahead of their nearest rival.

The GTE Am race win has captured the hearts of millions of fans watching the race around the world as they reflect on the tragic loss of the team’s Danish driver Allan Simonsen here at Le Mans last year. 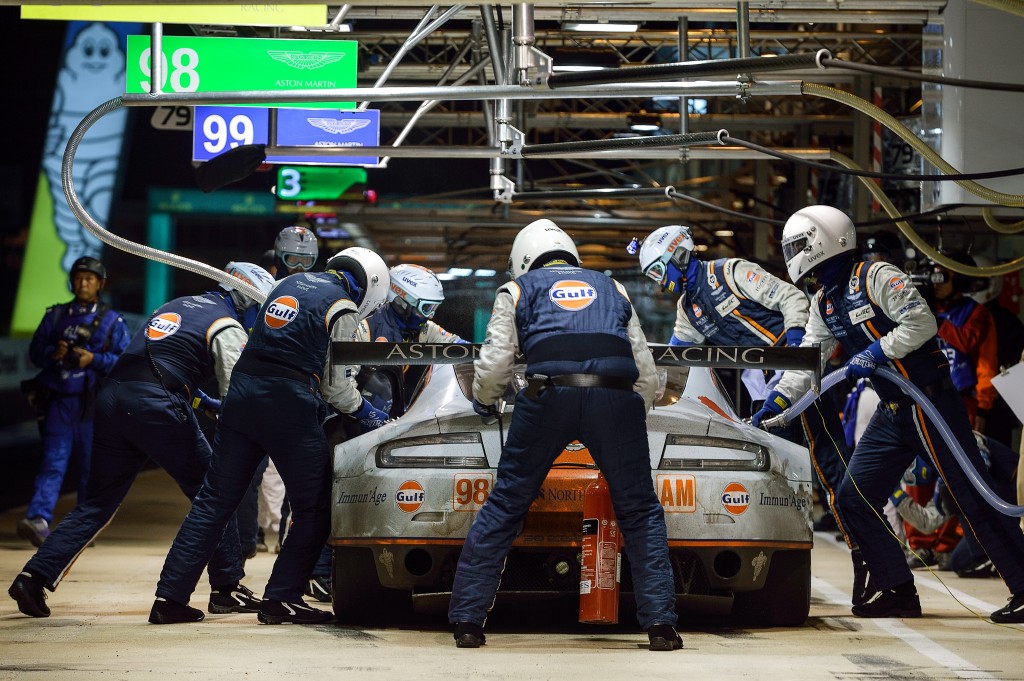 We have achieved what we were aiming for last year but didn’t succeed,” comments Young Driver Team Owner Jan Struve. “We have now fulfilled it and we know that Allan has been cheering for us and smiling down on us and, of course, he has been in our thoughts. This win is extremely important to us and I’m proud of all of the team and drivers. They are all Le Mans winners.”

The #97 GTE and its drivers Darren Turner (GB), Stefan Mücke (DE) and Bruno Senna (BR) showcased a fine display on GT racing, battling it out with the works Ferraris, Porsches and Corvettes in 18 hours of wheel-to-wheel action before a power steering pipe came loose. 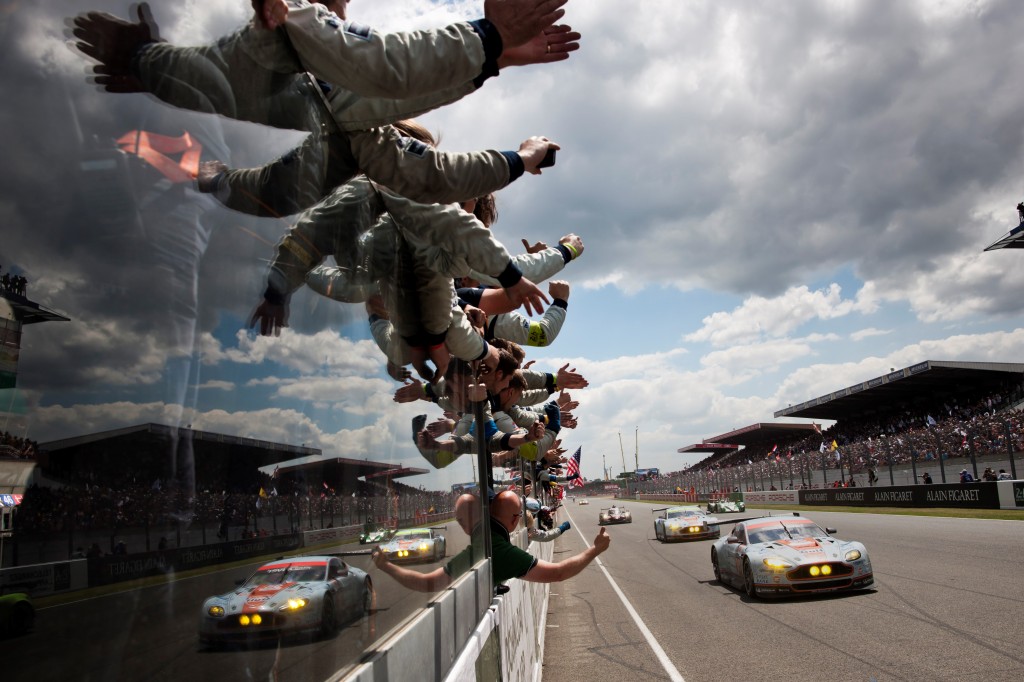 “We led the class on and off for the majority of the race,” commented twice-Le Mans GT class-winner and long-standing Aston Martin Racing works driver Darren Turner. “Early on in the race, Corvette showed their pace but the plan was to stay close but out of trouble and to use a triple stint strategy to jump them in the pits. However, the rain came and interrupted our plans and we were left with a new plan; pick them off one-by-one and take the race lead.

“The Corvettes had troubles and the Porsches dropped back leaving us and the #51 Ferrari swapping places at the front numerous times. We were leading and Bruno was on a charge when the power steering issue brought us into the pits.” 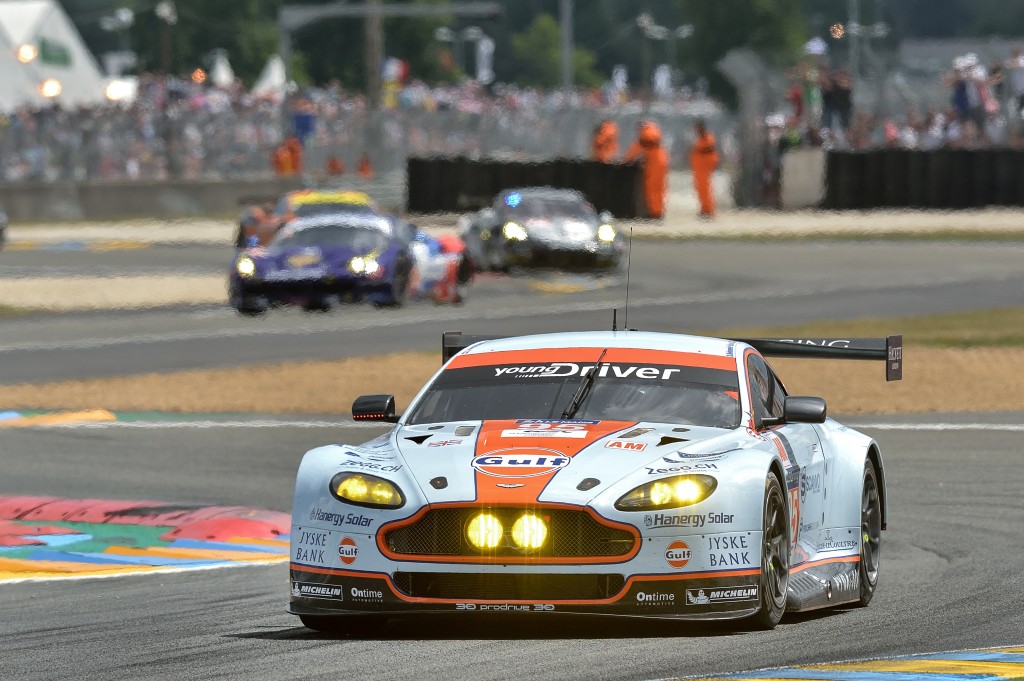 Despite the #97 car’s misfortune, the team didn’t miss out on a Champagne celebration this weekend. The pit crew has won an award for the best technical assistance team and presentation.

“We’ve seen both sides of motor racing this weekend,” comments Team Principal John Gaw. “The #95 team has long deserved this win and there is a real sense of poetic justice. On the other hand, with cars #97 and #99, we have seen how a very small issue can end the race for the teams that have shown they have everything required to win this race, it just didn’t happen on the day.

“The #99 car drivers have tasted the cruelest side but have dealt with it well and have shown real sporting spirit throughout the weekend. 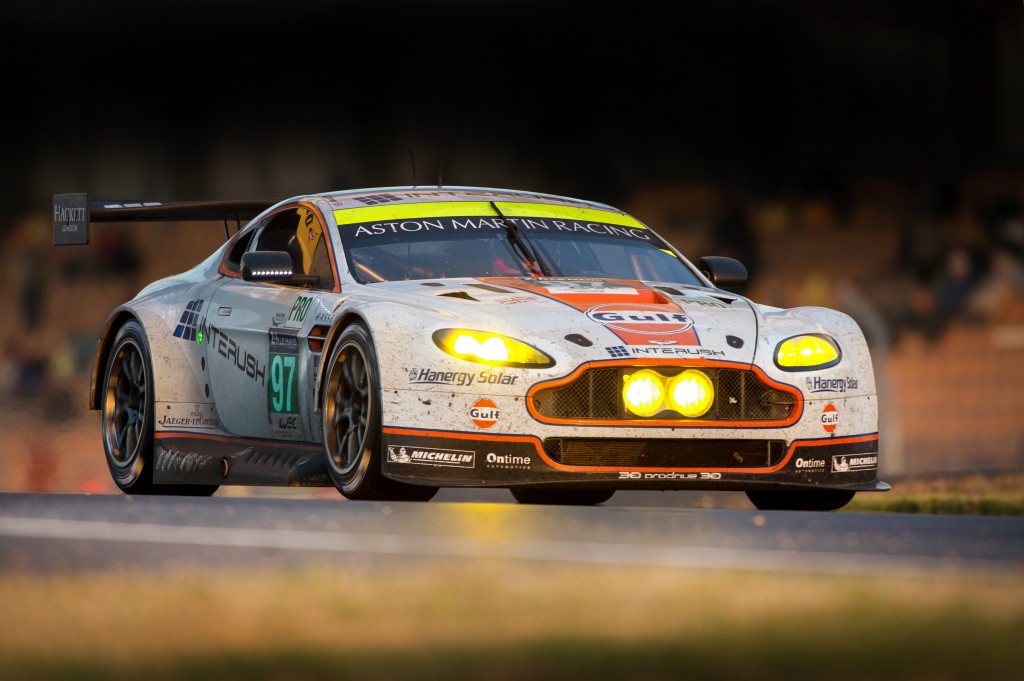 “Now we move on and focus on the second half of the World Endurance Championship and look to take as many points from each round as we can.”

The next round of the FIA World Endurance Championship (WEC) takes place on 20 September 2014 at the Circuit of the Americas in Austin, Texas.