Throughout the history of racing, there have been several occasions when changes of rules and regulations in various sanctioning bodies have ironically resulted in the development of a particularly important car. The legendary Porsche 962 GT Prototype Race Car of the 1980s is a textbook example of this paradigm. Replacing the aging 935, the 962 was actually a derivation of the 956 that had successfully campaigned in Europe during 1982 and 1983, a model that Porsche would have also offered to privateers in North America were it not for a discrepancy between IMSA’s GTP regulations and FISA’s Group C rules. 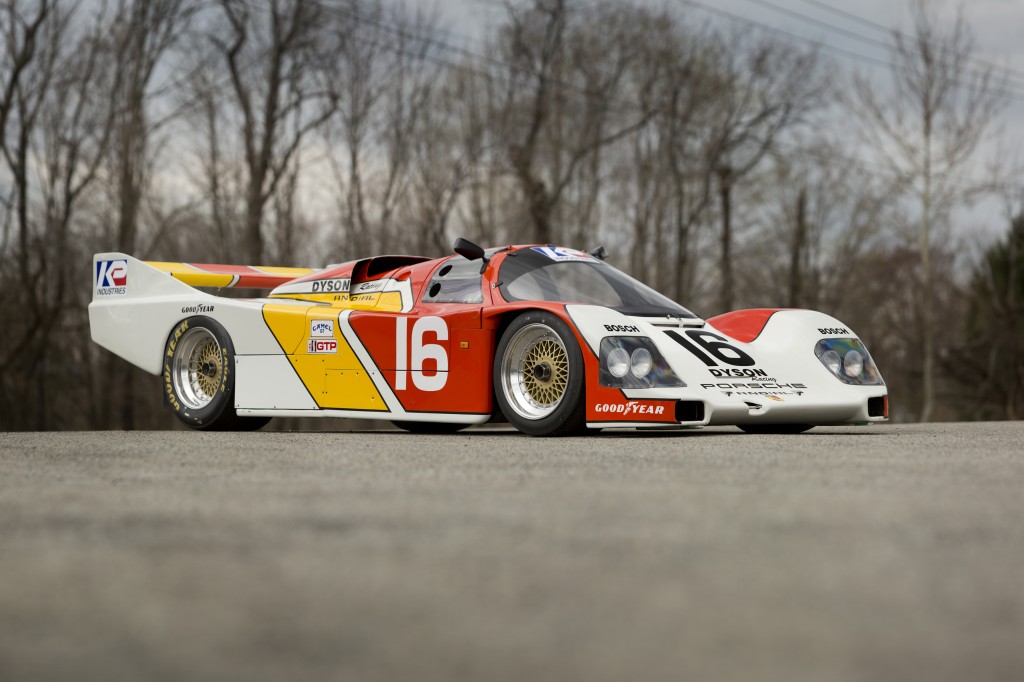 IMSA rules specifically forbade multiple turbocharged induction and pedal boxes ahead of the front-axle line, both hallmarks of the 956. Certain that some minor modifications to the 956 chassis would be far more effective than developing an entirely different platform for America, Weissach lengthened the 956 wheelbase, allowing sufficient space to place the pedal box behind the front-axle line. The 956’s twin-turbocharged, 2.6-liter motor was replaced with a single KKK-turbocharged, 2.8-liter engine derived from the 935, and the IMSA-ready 962 was essentially born. 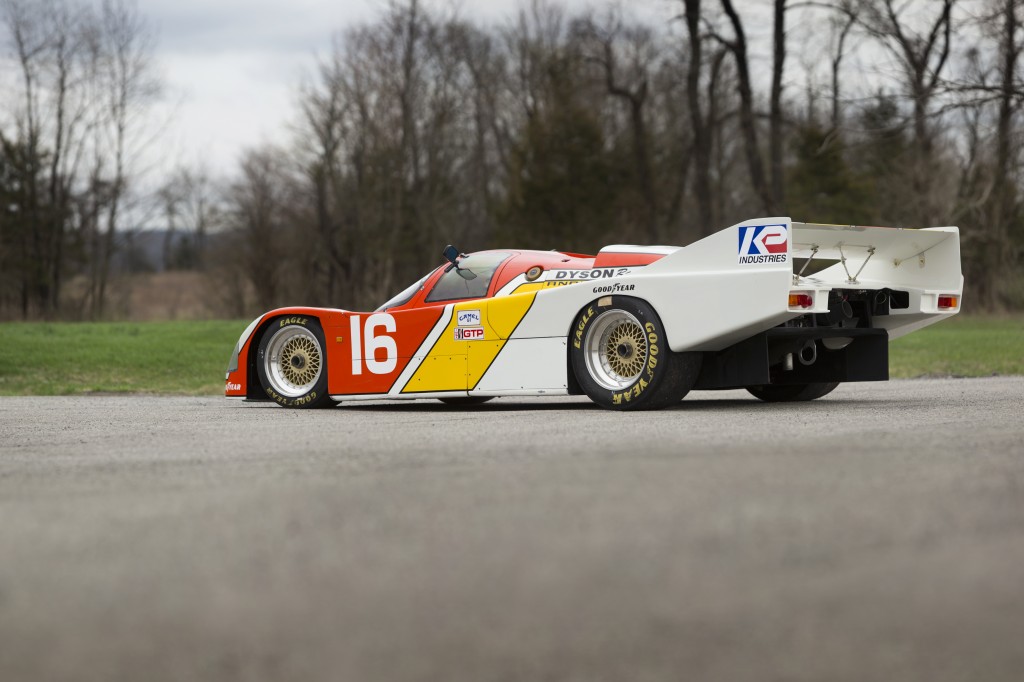 An inauspicious factory debut at the 1984 24 Hours of Daytona, where it was driven by Mario and Michael Andretti, saw the prototype retire with gearbox trouble despite a strong start, resulting in further test work being conducted before delivery of customer cars began in April 1984. As tuning and development quickly honed the 962 chassis, the model began to truly shine, contributing to 46 wins in three years for Porsche’s various IMSA teams, including the 1986 and 1987 24 Hours of Daytona and 13 wins during the 1987 season alone. The IMSA-regulation 962 was deemed to be so successful that Porsche actually modified the design for European Group C competition, using the so-called 962C to win Le Mans in 1986 and 1987. 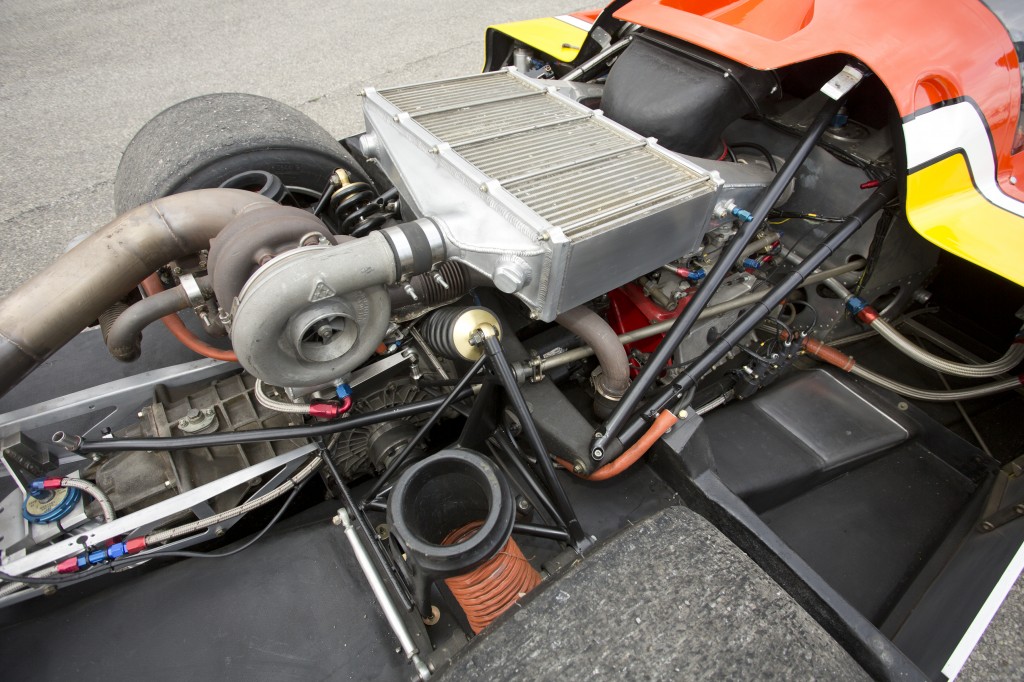 Chassis 962-122 was delivered new to Dyson Racing during the team’s preparation for the Continental 500 at Watkins Glen, to be held on July 6, 1986. Team principal Rob Dyson had built a solid reputation over the years, and it reached new heights with his 1985 entry into IMSA’s Camel GT Series GTP class with the acquisition of 962-101, a used 962 example once driven by Derek Bell for Bayside Disposal Racing. Still competing today, Dyson Racing is recognized by some experts as the longest-running American privateer team that has continuous support from the Porsche factory. 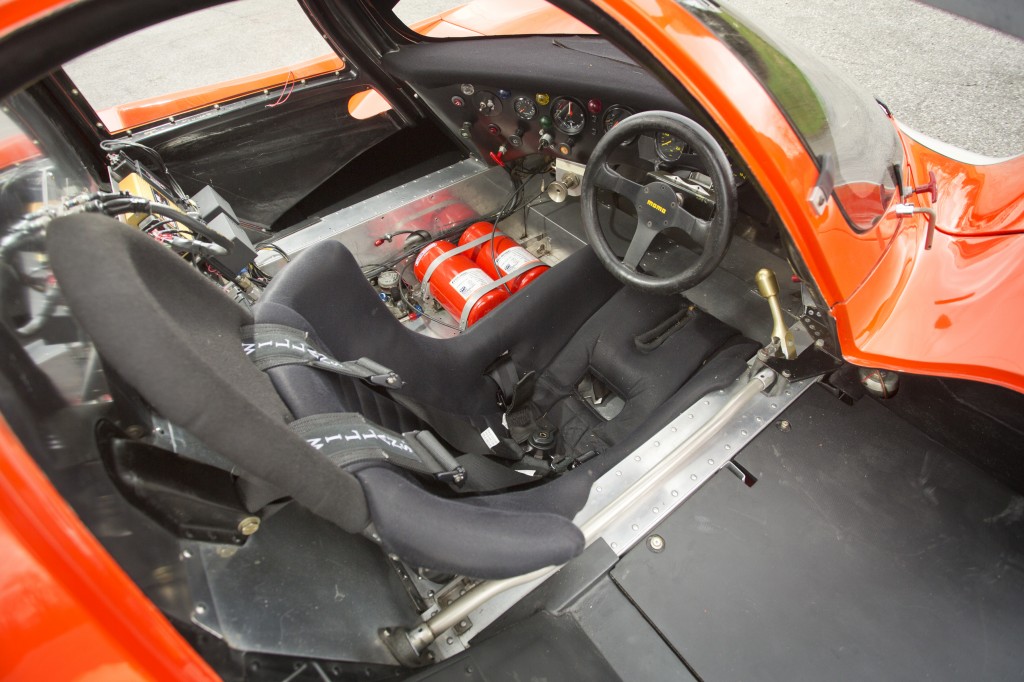 Chassis 962-122, the third of Dyson Racing’s 962s, was damaged during the Watkins Glen Continental 500 by driver Drake Olsen, so the Dyson team immediately sourced Richard Lloyd Racing to salvage components from the original car, which mostly consisted of body panels. The resulting car, chassis DR1 (Dyson Racing 1), sometimes referred to as 962-122A, eventually won at least two races for Dyson during 1987, but that chassis is not to be confused with the authentic 962-122 offered here. 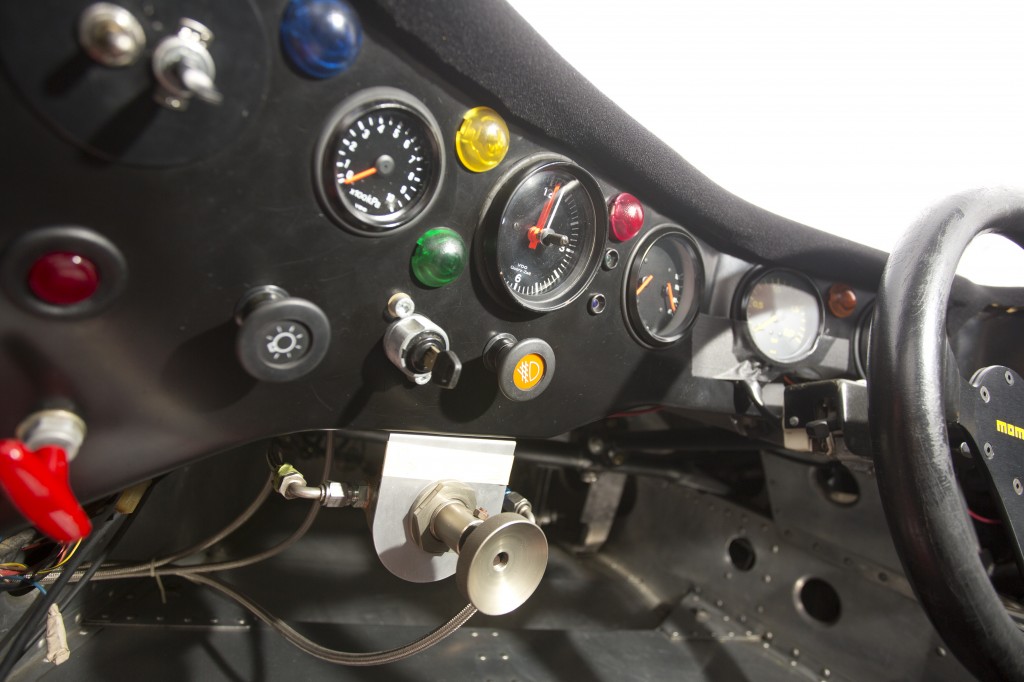 Following the 1986 Watkins Glen incident, the original, damaged 962-122 chassis was removed from competition and retained by Dyson for possible use if the need arose, until newer chassis began to make their way into the team’s stable and the older cars were sold off. In 1989, Dyson Racing offered 962-122 to Kevin Jeannette, of Gunnar Racing in West Palm Beach, Florida, who is, perhaps, one of the leading specialists in rebuilding used 962s. During this period, Mr. Jeannette actively sought out and acquired such 962s for the purpose of rebuilding and marketing them to the historic racing niche, and 962-122 remained in his care in an unrestored state for about two years. 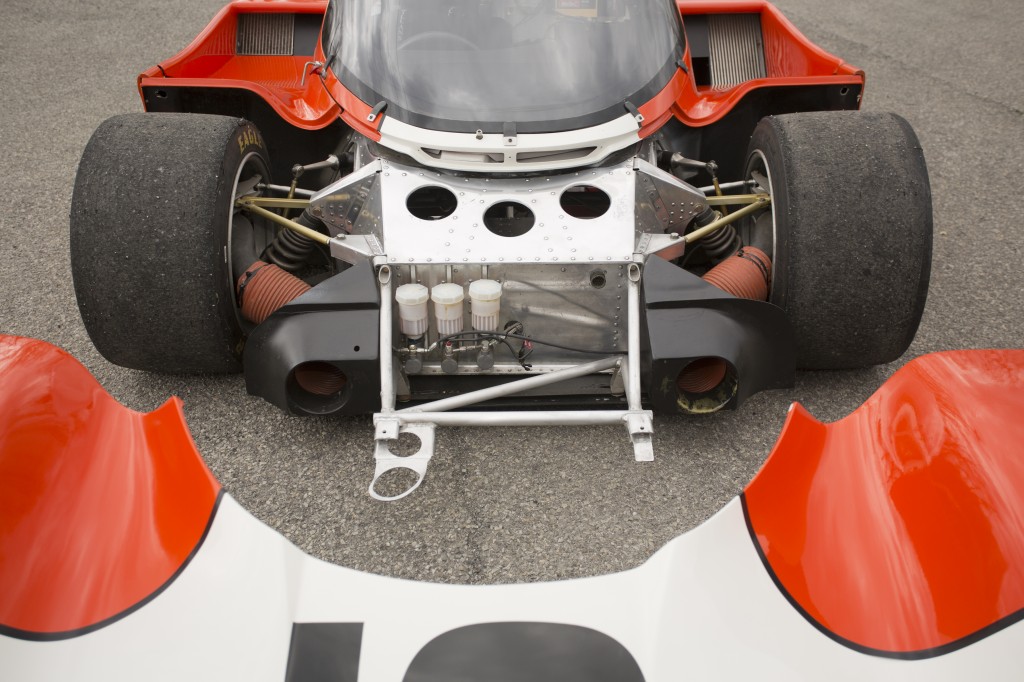 In 1991, Mr. Jeannette received an inquiry regarding the possibility of purchasing a 962 chassis from the consignor, a former two-time president of the PCA and a 46-year principal at one of New York’s most recognized service houses that specialize in the repair and service of Porsche race cars. The two reached an agreement for Mr. Jeannette to repair 962-122’s tub and then sell it to the consignor, who officially purchased the car on June 1992. 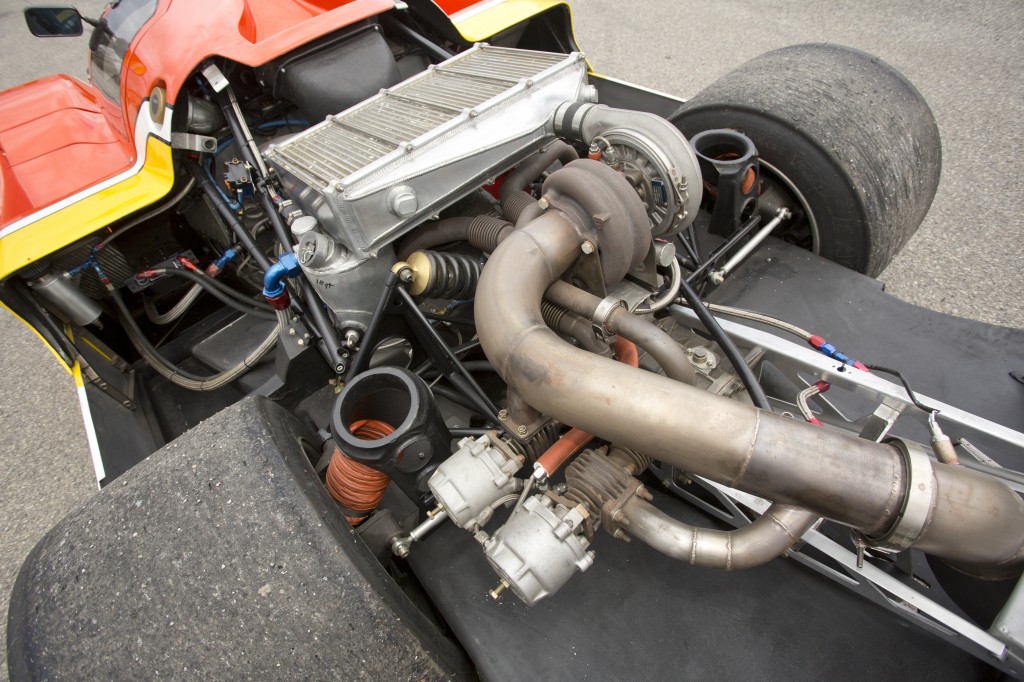 The minimally used 962 remained in storage with the consignor until the mid-2000s, when a full restoration commenced. Conducted at the consignor’s shop, Formula Motorsports, the 962 was completely disassembled with a full inspection and evaluation of the chassis, involving careful scrutiny of every seam and rivet. A new original-stock fuel cell with a new foam insertion was acquired from Porsche. The older Motronic fuel system management system was upgraded to a Motec unit, to ensure better reliability, improved data acquisition, and superior performance. All hydraulic components and lines were replaced or reconditioned as needed. The brake and clutch cylinders were replaced, and the brake calipers were rebuilt to factory standards and fitted with new rotors, pads, and properly anodized hardware.

The suspension, gearbox, and clutch were entirely rebuilt with proper NOS or reconditioned parts, and all articulating bearings were replaced to exceed factory specifications. The turbocharger was completely rebuilt by qualified KKK service technicians, and the intercooler was cleaned and thoroughly tested for integrity. Furthermore, the wheels were rebuilt to proper specifications and mounted with authentic 17-inch Goodyear racing tires. In short, it is believed that very few 962s have enjoyed such a complete nut-and-bolt restoration with the goal of being prepared for vintage racing applications. According to the consignor, “there are very few 962s available that can claim the originality, cleanliness, sterility, and race-readiness of this one.”