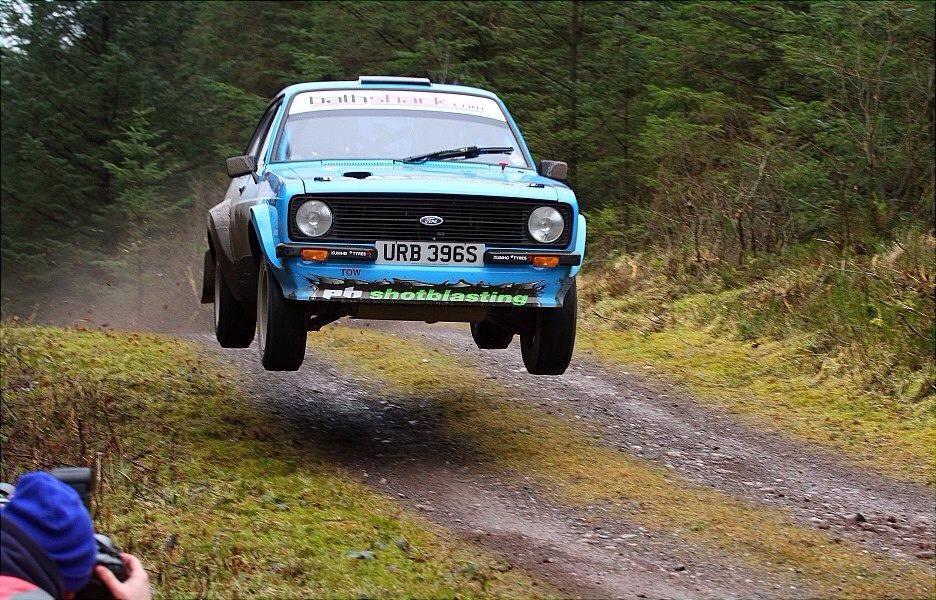 His car, “Baby Blue”, is a Ford Escort Mk2 built to Group 4 specs and runs a 2.5ltr series 2 engine prepared by Millington. The transmission is a sequential 5 speed from Tractive which sends power to an Elite LSD with a 4.4 ratio. 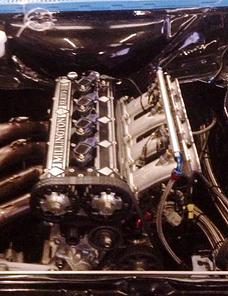 He runs 4 way adjustable DMS shocks and stops the car with AP brakes – four pistons in the front, 2 in the rear. And for those that need new wheels, his are GP4 Revolutions.

The car is top notch, but its still very much a “clubman” effort with much of the preparation work being carried out by friends and family.  Frank takes care of the pre-event prep work and any rebuilds or developments required. Gary, Frank’s brother, is the on-event service man and chief mechanic. He keeps the car in good shape throughout the rally and has pulled the team out of the fire on numerous occasions. Conor, also Frank’s brother, takes care of the paint work when required. He has been known to manage a full re-panel and paint between rallies.

The team’s merchanise is looked after by Rosemarie (Frank’s wife) and Lauren (Frank’s daughter) and Ciaran (Frank’s nephew) take care of the media side of things.  Lauren who operates LK Media, is responsible for capturing the days footage and posting it onto YouTube as well as looking after the teams Twitter page while Ciaran handles the photography side.

Most of the Facebook videos only show the external shots. This is what it looks like on board. These guy are good.