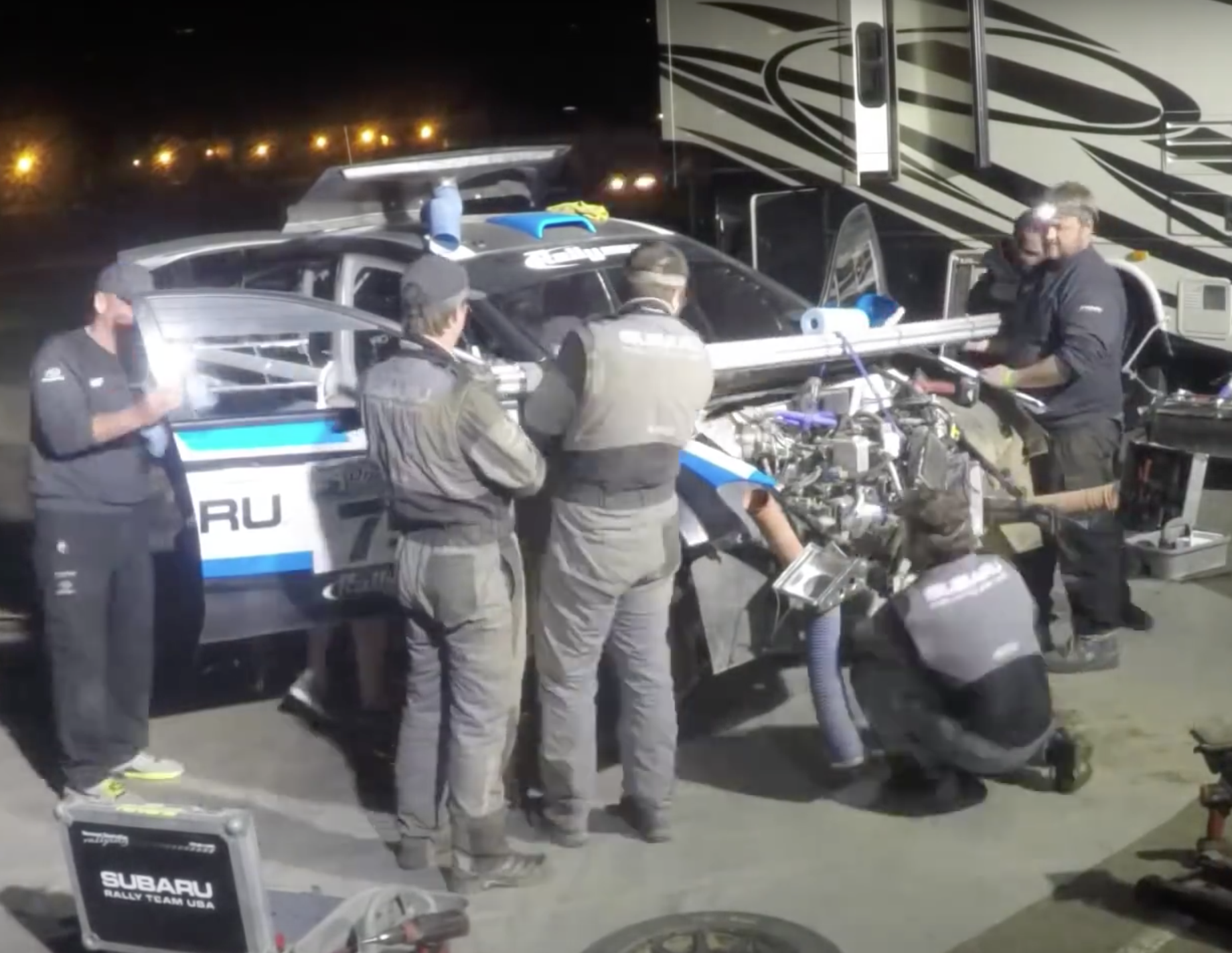 The title might be a bit misleading as the swap took longer than 48 seconds… It’s a time lapse video but its pretty awesome and they performed the swap in less than three hours! The video was filmed at a parking lot service stop in Hood River, Ore. after engine trouble at the 2015 Oregon Trail Rally. After a late night, the car was in perfect shape to start Day 3.