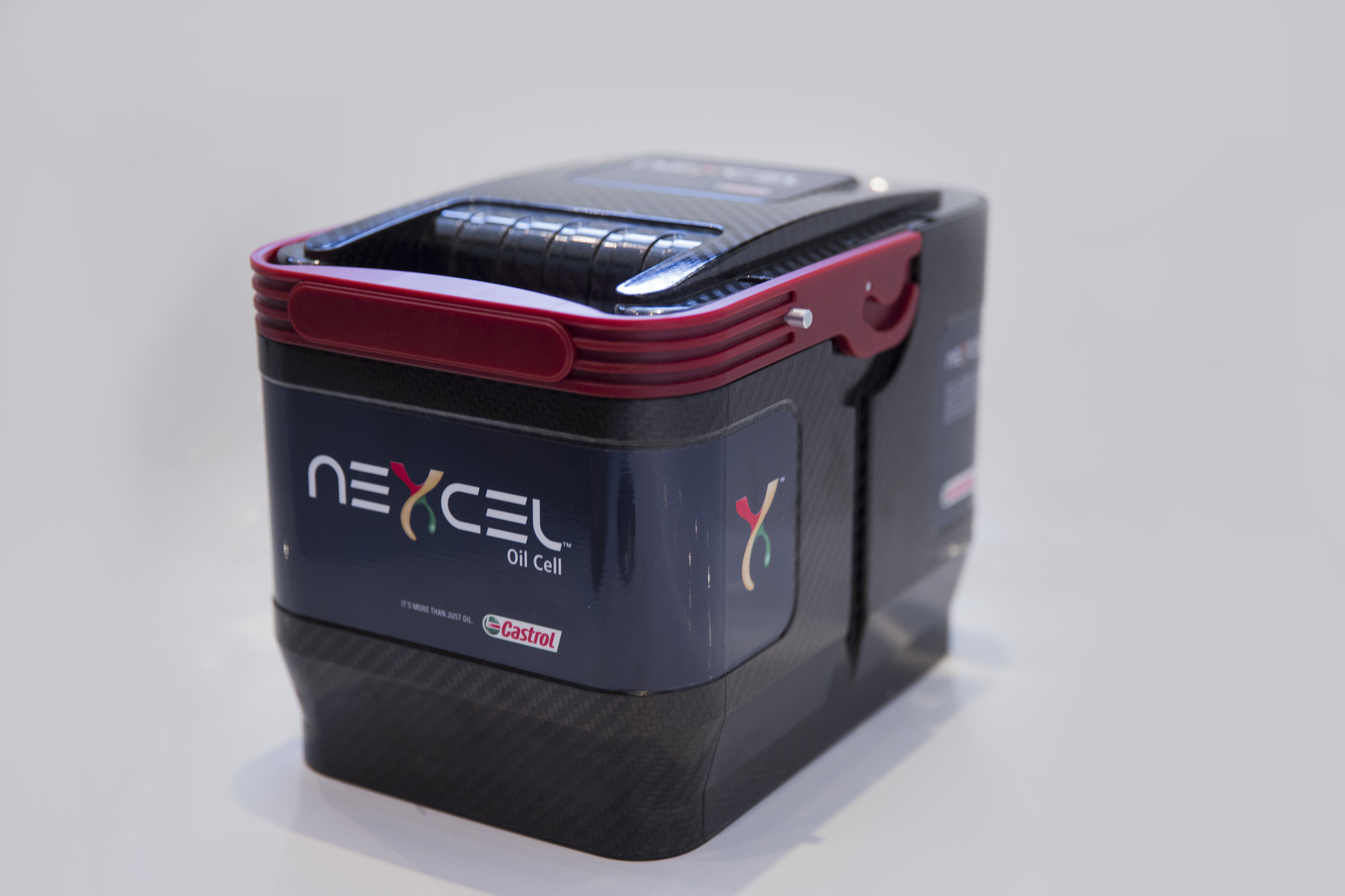 This is pretty revolutionary. We’ve been pulling bolts on oil pans for decades to drain our car’s engine oil only to close it back up and pour quart after quart back into the top. Then you have to put the oil in a container and drive it someplace to be recycled. Then  you have the oil filter mess. You pull it out or off of the engine and it drips everywhere. It’s pretty easy to change, but what if you could do it all at once with no mess?

That’s what Castrol has in mind with its new Nexcel oil cell. The oil and filter are integrated into the box which you simply plug into the engine. When it’s time to change it you unplug the box, lift it out and drop in the new box. Castrol says it should take you less than 90 seconds but it looks like a 10 second job to me. 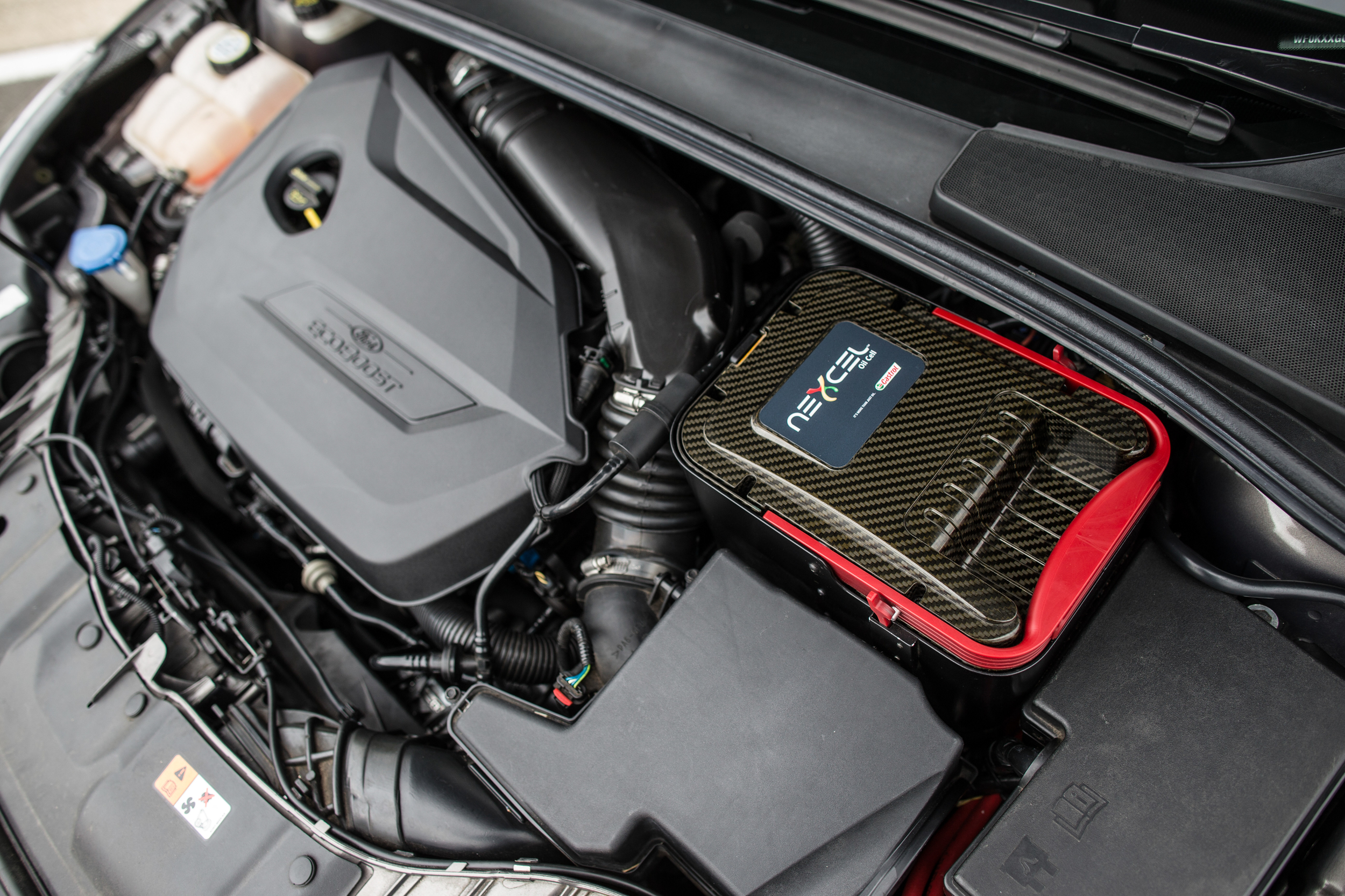 The only problem is that the ca’s engine needs to engineered t0 accept these boxes. I think it’s almost like a little dry sump system. Castrol hopes to get manufacturers to start designing cars to accept the Nexcel but to start, the system will be fitted in the new Aston Martin Vulcan – a track-only supercar. Here’s the press release for those that want more info. 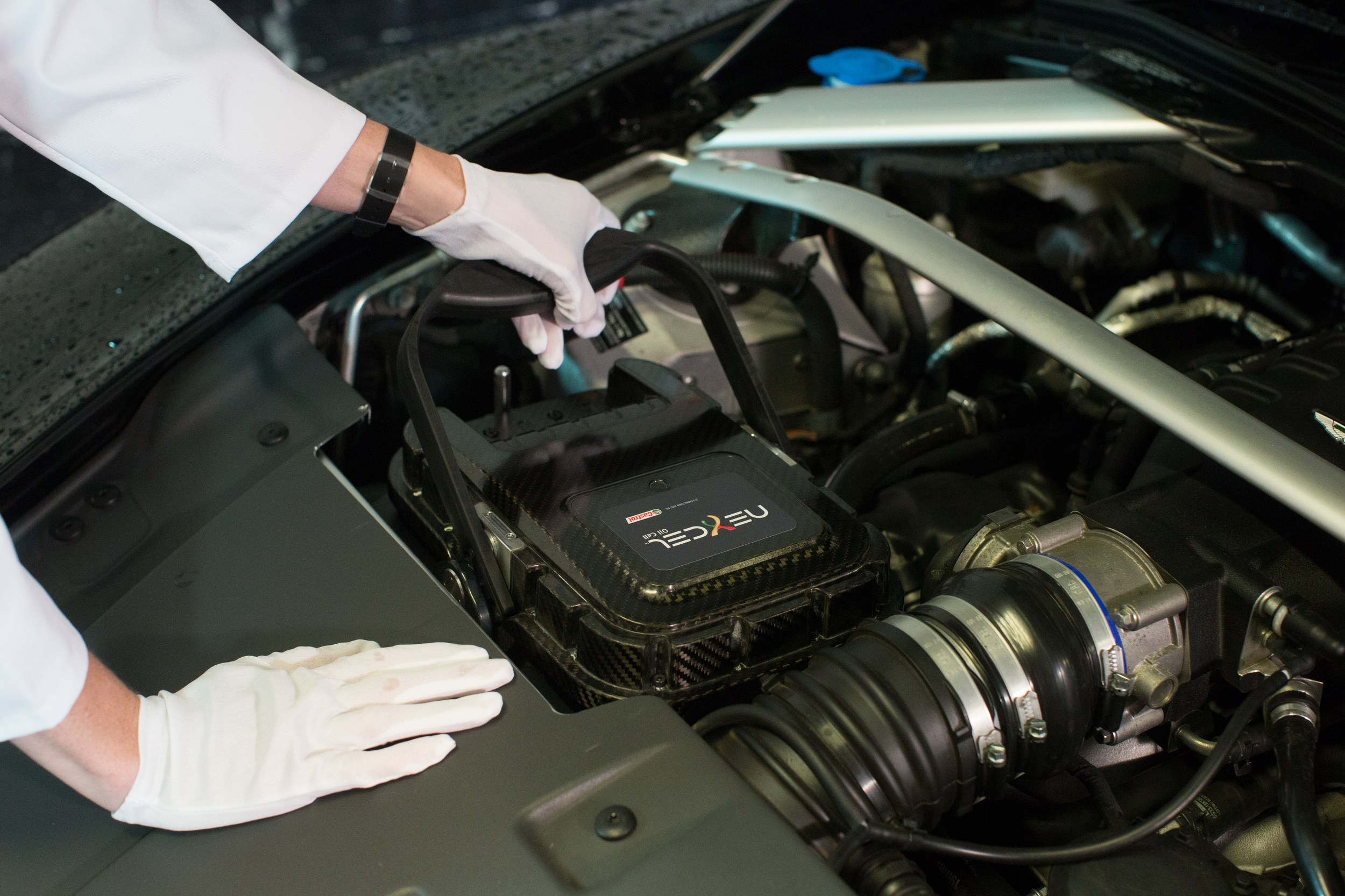 The new technology allows your oil to be changed in around 90 seconds, more than 13 times faster than a conventional oil change of 20 minutes

Nexcel makes the oil change super quick and clean for workshops, allowing them to offer more flexible and convenient service options to customers.

Oil cells are collected after use, avoiding wastage of used oil. This oil can then be re-refined back into high quality lubricants. If Nexcel were fitted onto every car in the world today, it would save more than 200,000 road tankers of virgin oil from being produced, every year.

Paul Waterman, Castrol CEO, said: “We believe this is the biggest leap forward in oil change technology in the history of the combustion engine. Castrol’s engineers are leaders in their field and have come up with a really innovative piece of technology. It’s the result of almost three years’ work but as soon as people see the benefits in emissions and servicing as well as the substantial environmental benefits, they will ask why it hasn’t been done before.”

The Nexcel system has been tested on a range of engines from very small city cars to cutting-edge high-powered racing engines in the most extreme of conditions. It functioned smoothly even under severe braking of up to 1.8G, the equivalent of a vehicle travelling at 100km/h stopping dead in 1.6 seconds. Additionally, the system oil flow has been tested up to 600 litres a minute –10 to 20 times greater than seen in a conventional passenger car engine.

Richard Parry-Jones, automotive industry leader and chairman of the Nexcel advisory board said: “If you look back through the whole of Castrol’s history they’ve been innovators, using science to improve the performance of their lubricants and lead their industry. Nexcel represents one of its most significant innovations. It offers a solution to a problem that is increasing on the radar scope of manufacturers and when the Nexcel technology becomes standardised, people will wonder why we did it any other way.”

The system will be fitted as standard in the new Aston Martin Vulcan track-only supercar. Road cars fitted with Nexcel are expected to go into production within five years.

Aston Martin CEO Dr Andy Palmer said: “We believe that the Aston Martin Vulcan sets a whole new standard in the ultra-high luxury supercar class, just as the Nexcel technology sets a whole new standard in engine lubrication. It therefore made perfect sense for us to bring these two innovations in engineering together, and showcase their capabilities.”

Testing and installing Nexcel on a low volume car like the Vulcan allowed the oil cell’s development to be accelerated, meaning it will be ready for mass market production much sooner. Castrol is currently in discussions with several other vehicle manufacturers

Castrol, part of the BP Group and a global leader in lubricants technology, serves customers and consumers in over 140 countries in the automotive, marine, industrial and energy production sectors. Our branded products are recognized globally for innovation and high performance through our commitment to premium quality products, highly responsive services and cutting-edge technology. To find out more about Castrol products and programs, please visit www.castrol.com