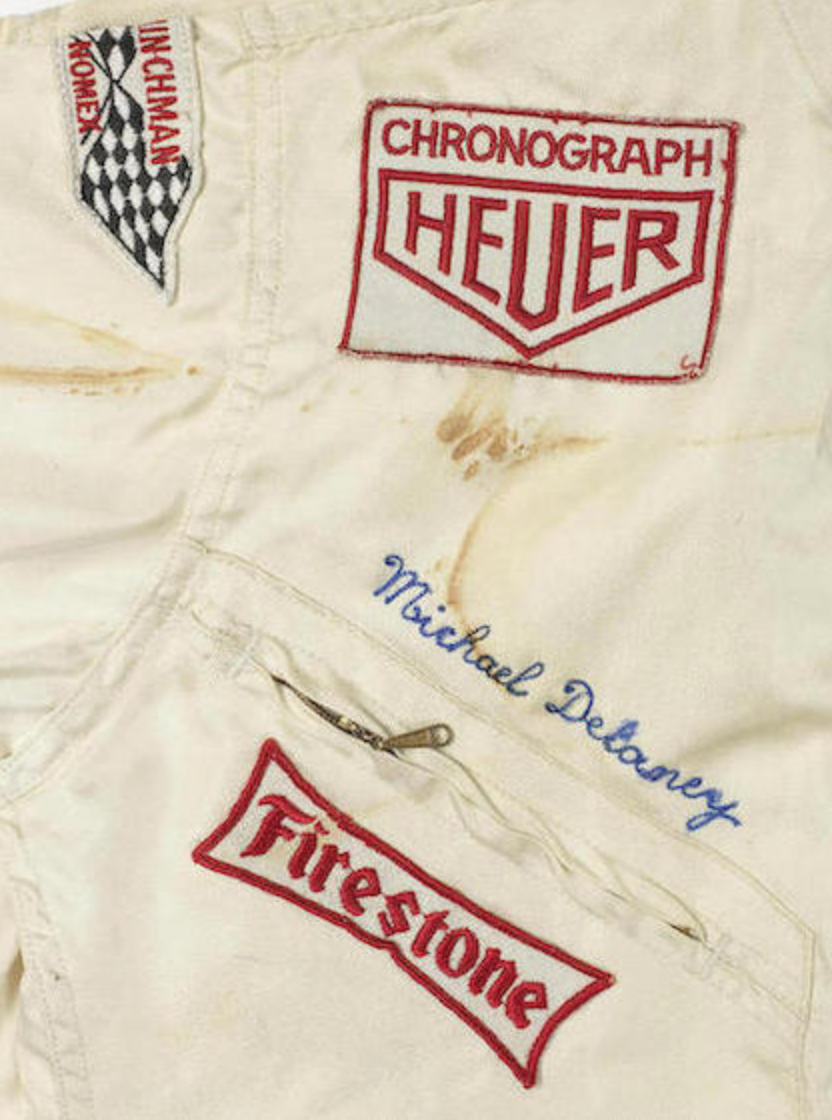 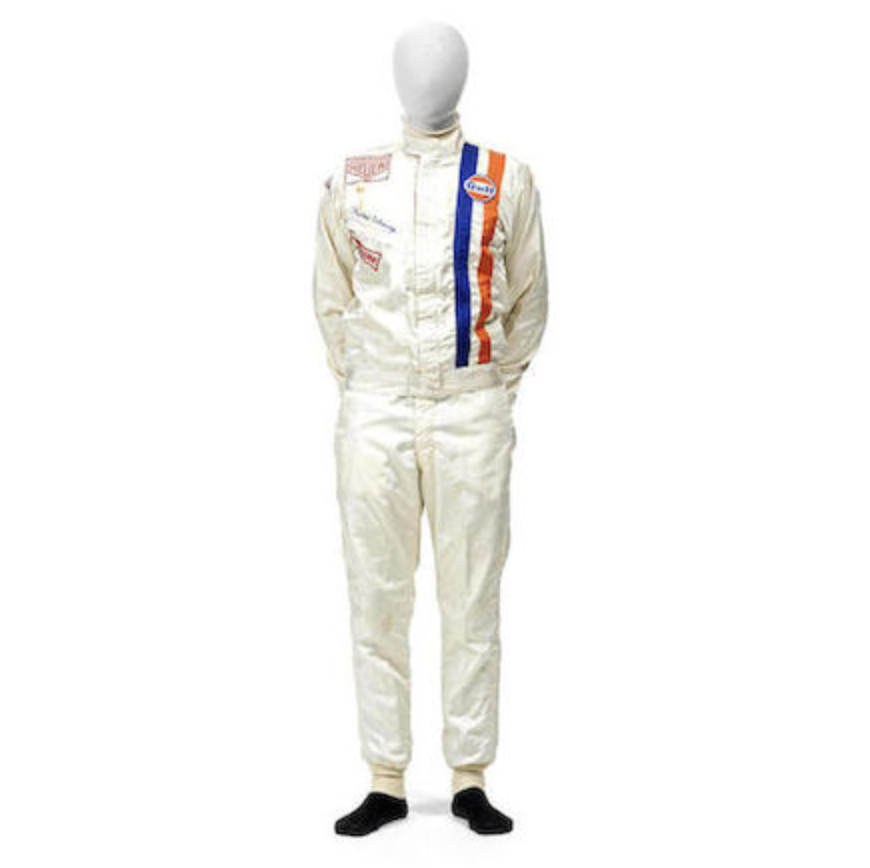 A complete costume comprising a Hinchman cream-colored racing jacket two piece race suit with distinctive orange and blue stripes on down the front and Gulf, Firestone, and Chronograph Heuer patches sewn on the chest and “Michael Delaney” embroidered in blue script on the right breast, a Hinchman Nomex patch on the right shoulder, a Gulf patch on the back, a faded area on the left sleeve where the American flag patch would have been fixed, a zipper down the center with Velcro fastenings to collar and waist and fitted elastic cuffs and possible areas of production simulated blood markings to the chest and right arm. Together with matching cream-colored trousers and the original flame retardant undergarments including the visible protective cream turtleneck sweater, labelled “Atlas Flame Beater.” Accompanied by a copy of the film. 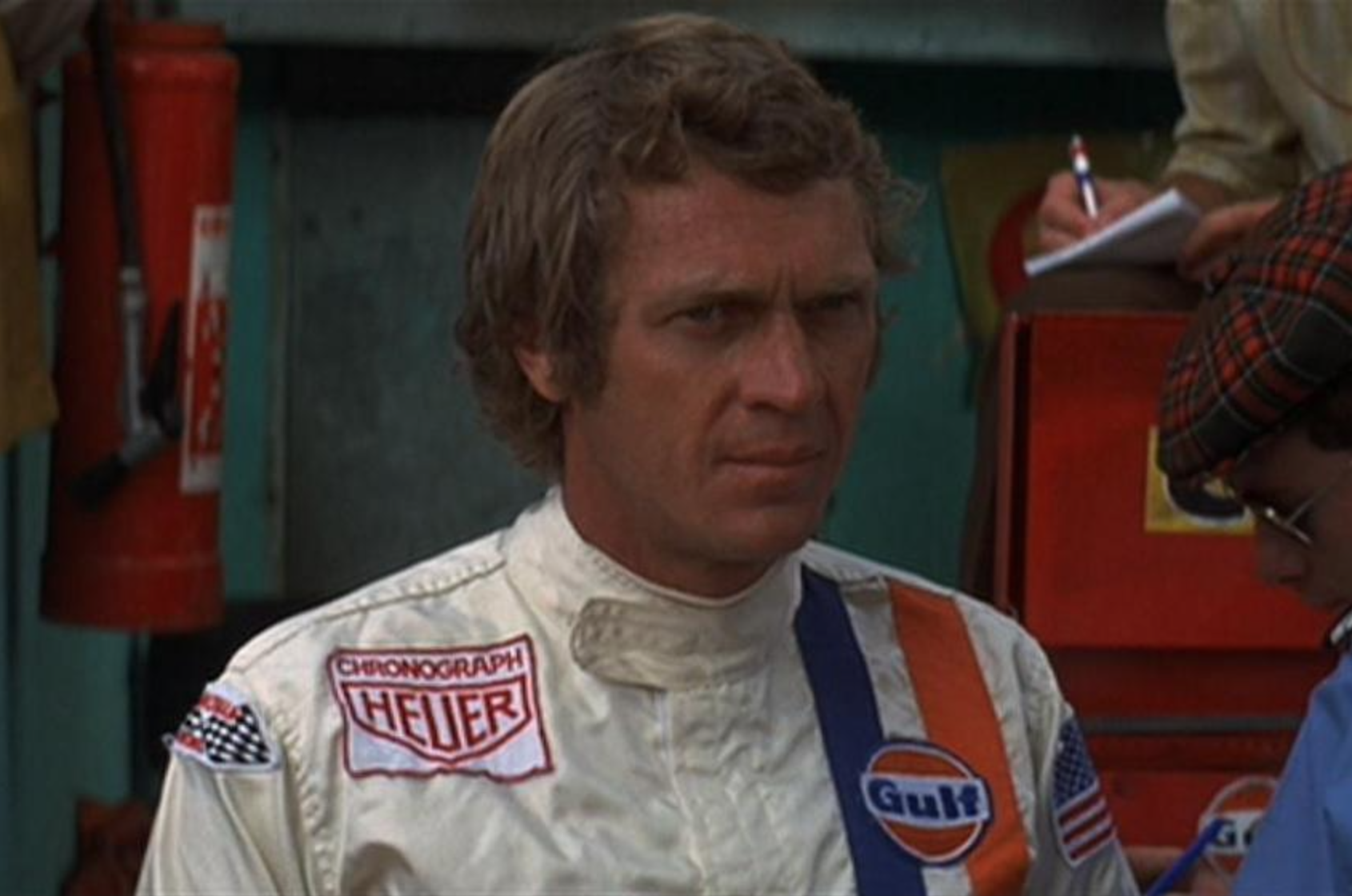 Provenance: Accompanied by a letter from the consignor stating that the costume was given to him by the head of Italian film production company Titanus once filming was complete. The consignor was the head of typography for a film poster printing company used by Titanus and his company produced the Italian posters for Le Mans. This lot and lot 246 have remained with the family in Italy ever since.

Undoubtedly one of Steve McQueen’s most recognizable costumes, this racing suit was one of a group worn throughout the making of the film, with three known to remain today. Although not a huge box-office success, it has become a cult classic among car enthusiasts. McQueen was famously quoted as saying about himself “I’m not sure whether I’m an Actor who races or a Racer who acts,” and during his lifetime McQueen and the sport of motor car racing become synonymous. He started out racing bikes to earn an extra income before he became an actor and this passion never left him. Over the years he amassed a huge collection of motorcycles, cars, and automobilia and would partake in his hobby at any opportunity. He loved racing in particular as it gave him a sense of freedom, saying of the pastime, “…it gave me a fresh identity. I was no longer just an actor, I was a guy competing. And it was really important to me to have this separate identity.”
You can find the auction here for those with and extra quarter of a million lying around. Oh and while you’re buying the firesuit I know of a rally/racing driver that you might want to sponsor… 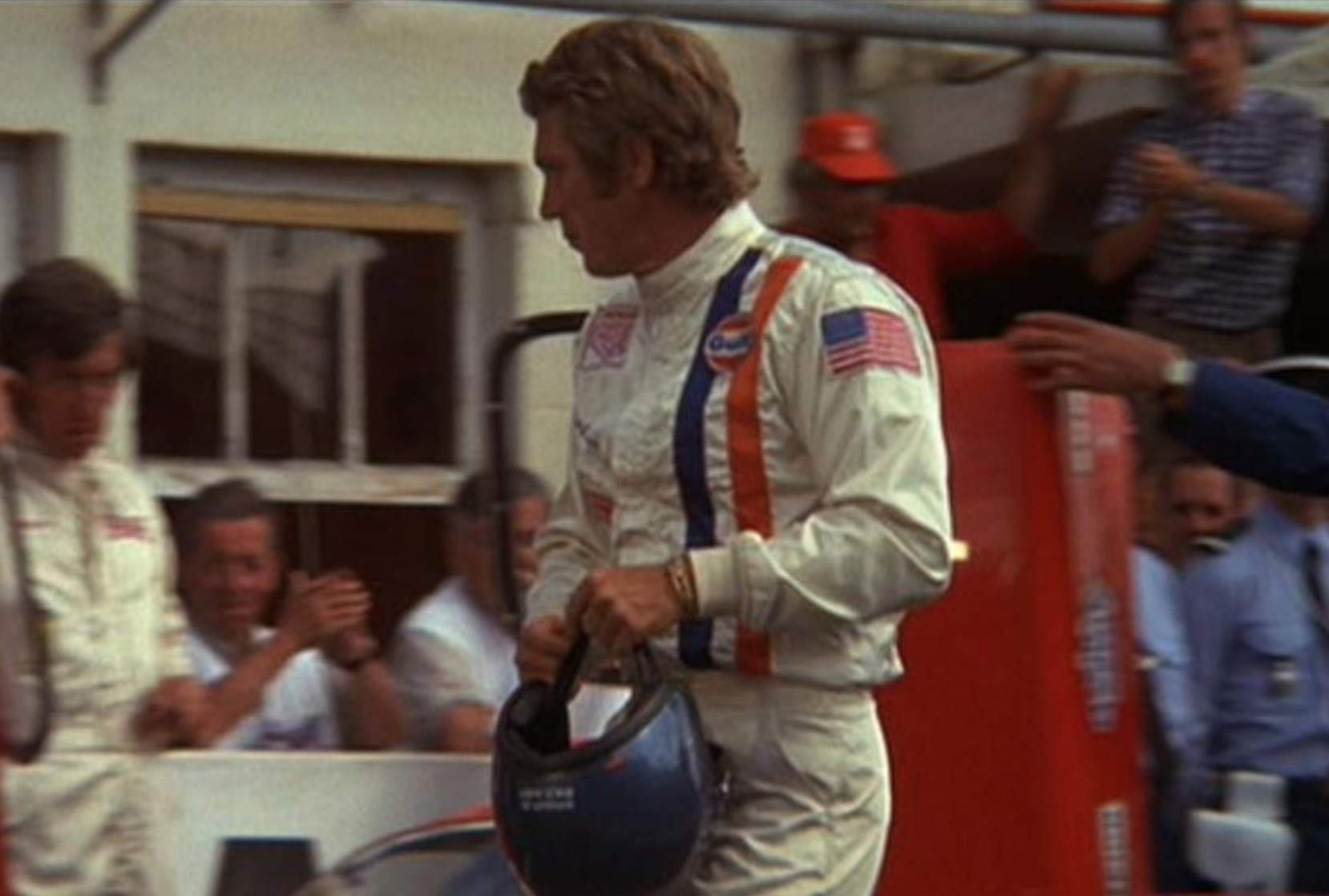