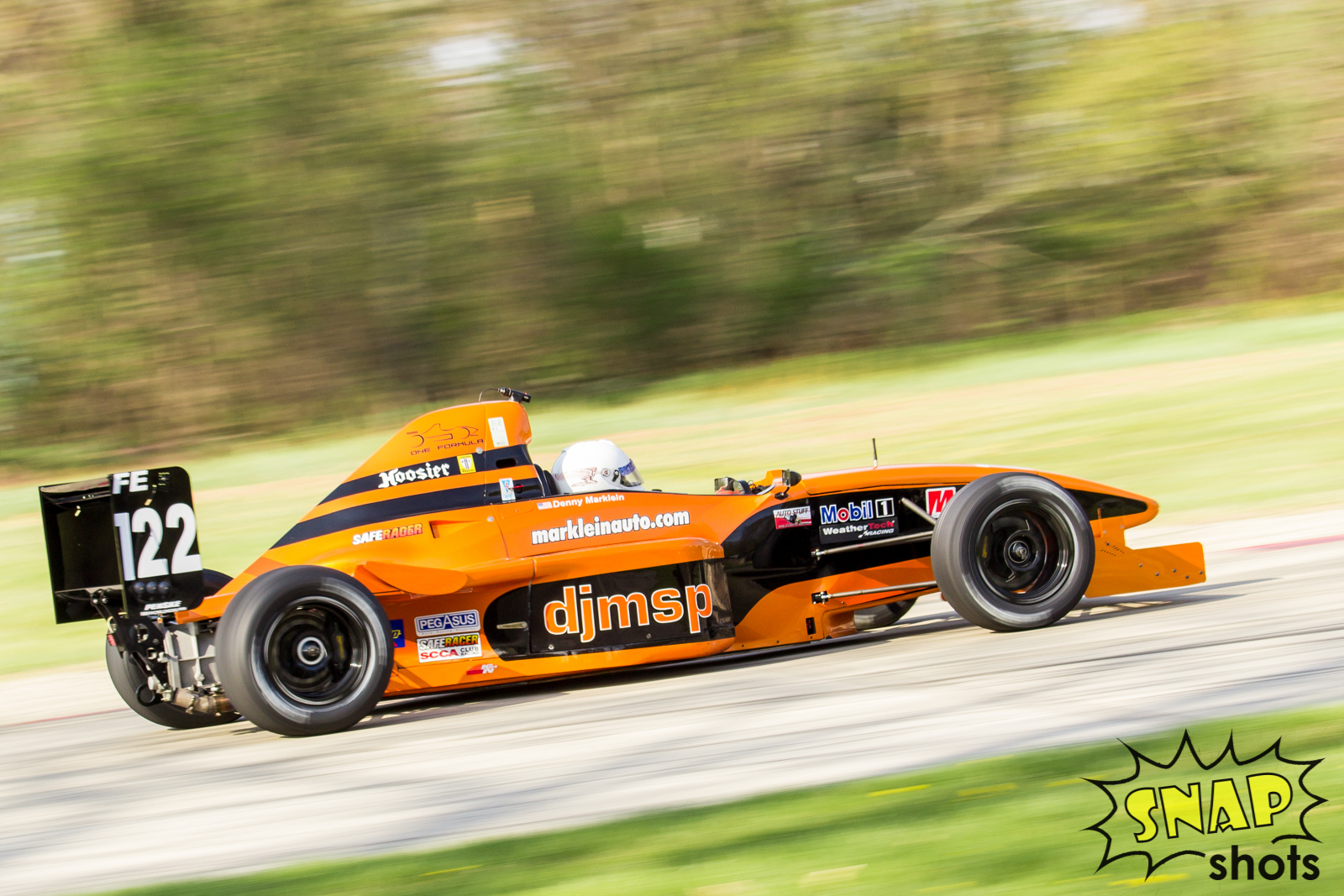 Sunday morning at the Blackhawk Majors we had some lovely weather, overcast and slightly chilly.  The morning started out with Spec Miata in group one.  Early on in the race several cars went off in turn one.  Our winner Kyle Webb said it was like the parting of the red sea as he moved from eleventh all the way to second place.  Now with a win in his sights he had his eyes set on Justin Hille and was able to execute a pass a few laps later.  Hille didn’t give it up easily as he kept the pressure on Webb all the way to the checkered flag.