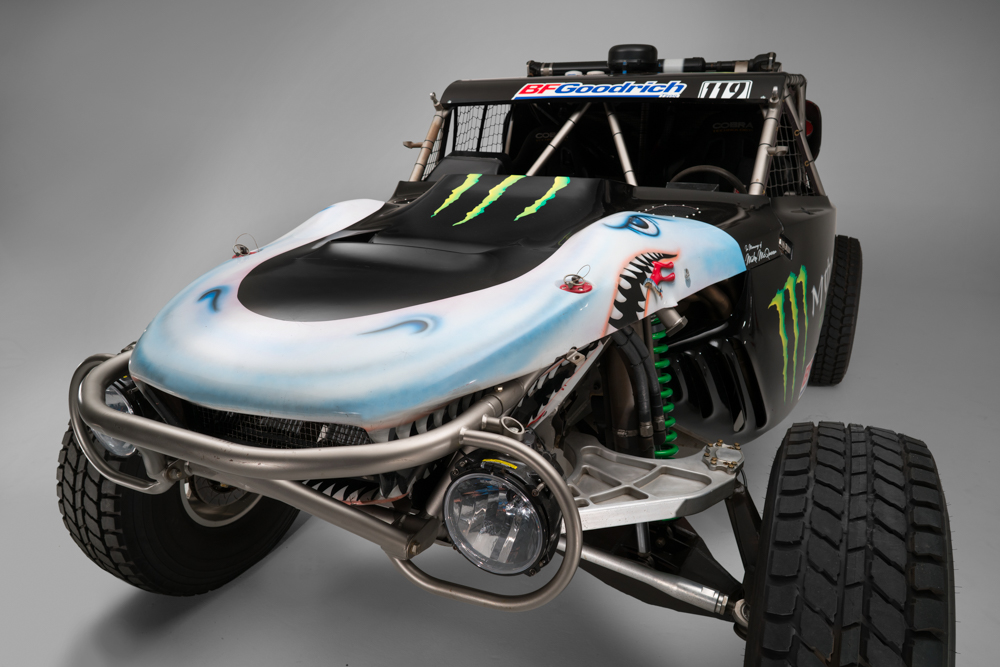 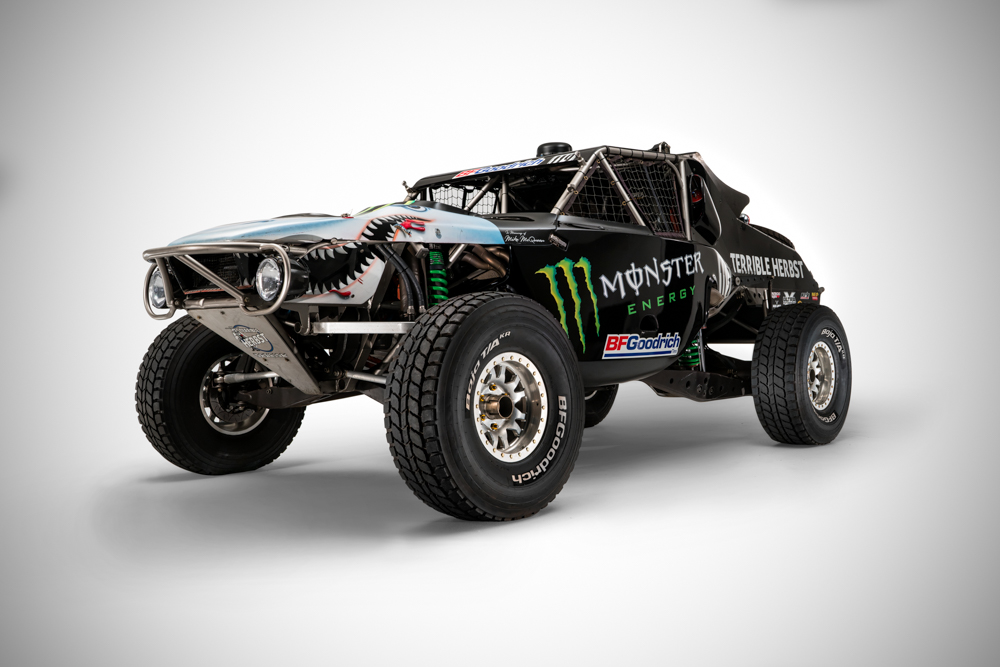 Every style of racing has it’s game changing vehicle. Audi showing up at LeMans with a Diesel prototype. Tajima bringing Electric to Pikes Peak. Turbo F1 cars in the 1980’s. Off road racing has had many of these game changing vehicles because of the “unlimited” nature of the top classes of the sport but the Terrible Herbst “Land Shark” is one of the most successful vehicles of the past 20 years. It came on the scene in 1998 and took the Class 1 Championship which it won every year through 2003 and again in 2006. It won the Baja 2000 overall(yes it was double the length in 2000) and followed up with back to back overall Baja 1000 wins in 2004 and 2005 and then again in 2007.

The design appeared relatively simple but the engineering was well founded. It was built like a tank and crushed the competition. It took nearly a decade for the competition to catch up. Take a look at the competition history at the bottom of the page and you’ll see how dominate this vehicle was. Or watch this video and the Land Shark’s suspension in action: 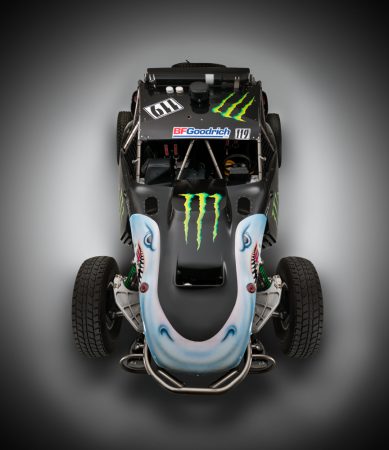 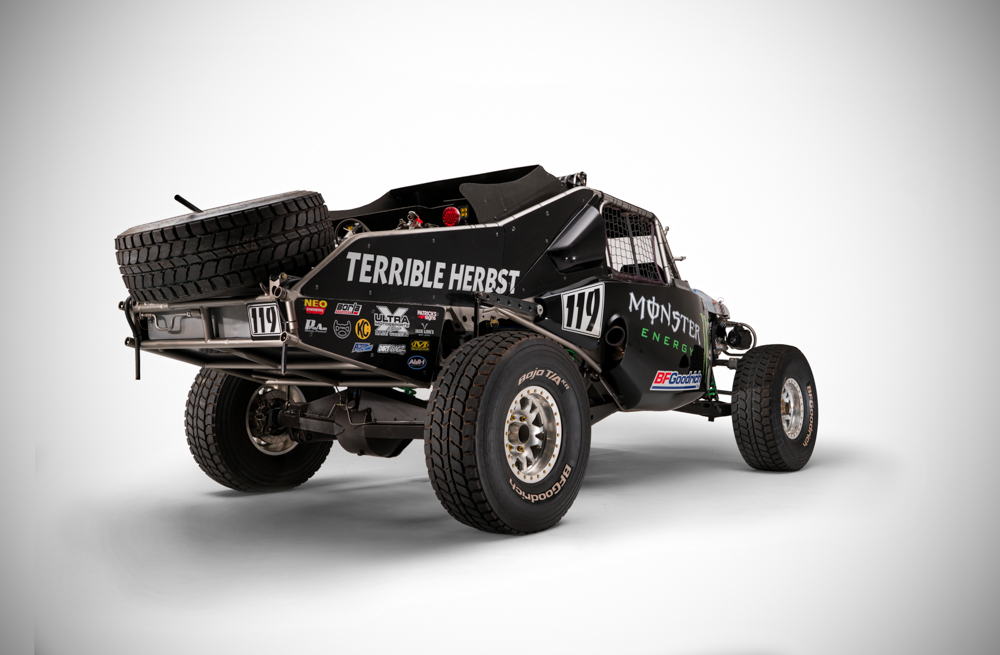 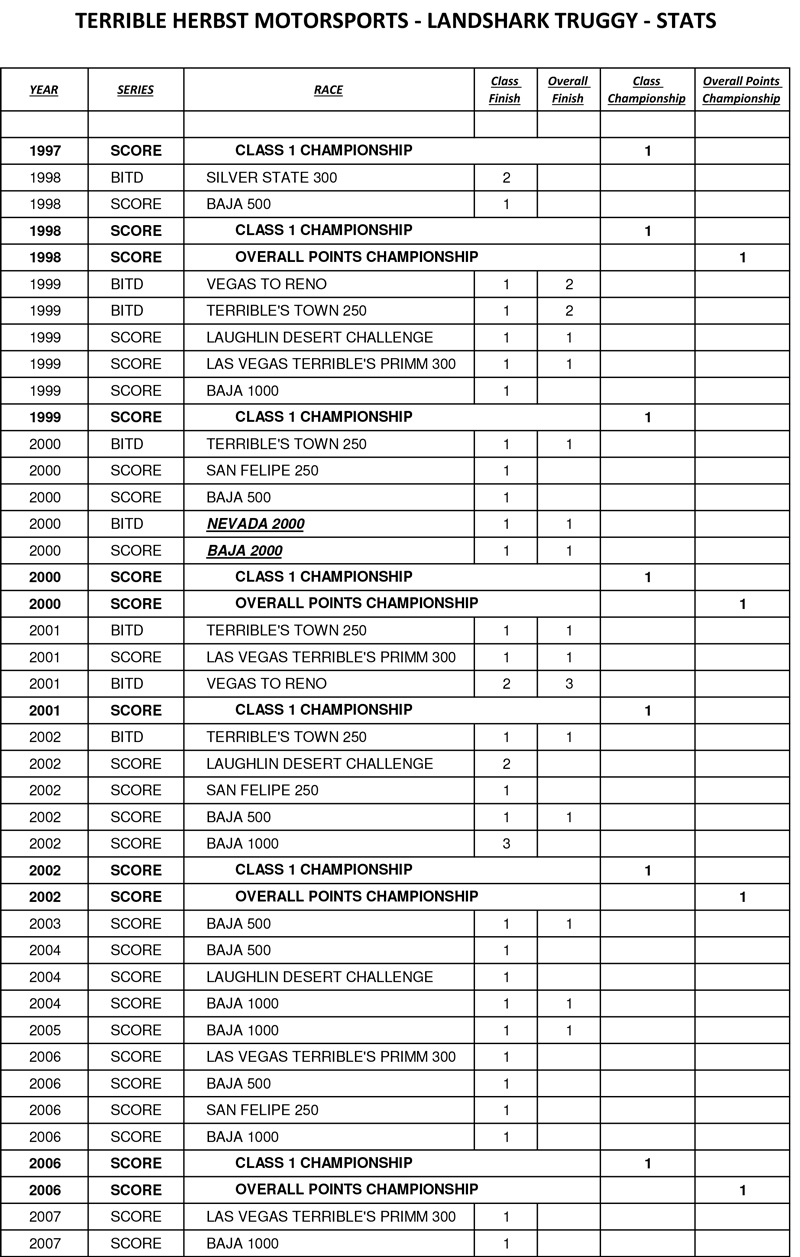