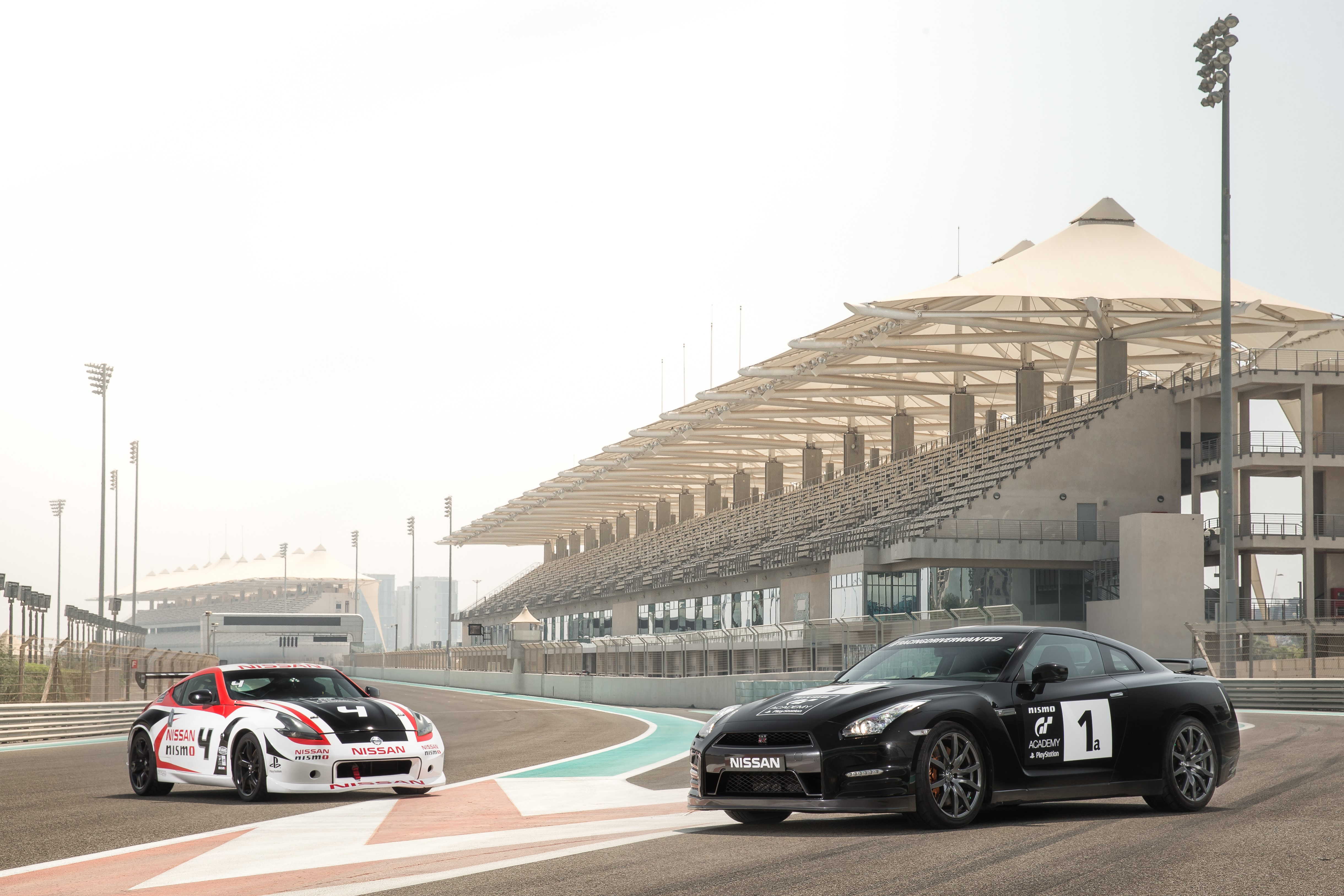 The NISMO PlayStation® GT Academy European Race Camp is underway at the Yas Marina Formula One circuit in Abu Dhabi. The intensive, week-long racing driver boot camp sees 56 Gran Turismo® gamers from 11 European countries gather in the United Arab Emirates’ capital city. They will compete for the chance to embark on Nissan’s all-encompassing Driver Development Program and the chance to become a real racing driver, with Formula One technical genius Adrian Newey OBE on hand as head judge.

The Red Bull Racing Chief Technical Officer stands alone in Formula One, with his designs having won 10 Constructors’ titles for three different teams. The British engineer has worked with some of F1’s greatest drivers, including Nigel Mansell, Mika Häkkinen and Sebastian Vettel. He now turns his attention to spot a rising star from the gaming world.

“I have enjoyed a long association with Gran Turismo having designed the Red Bull X2010 prototype for the game, and we have also done some work at Red Bull with Jann Mardenborough,” said Newey. “As everyone knows, simulators play an increasing role in real-world racing, and it is no surprise that Jann and the other GT Academy winners are enjoying successful racing careers with Nissan. I am looking forward to getting involved in unearthing the next new talent.”

GT Academy is getting bigger and better each year. In 2015, 24 countries across the world have participated in three virtual-to-reality competitions. Champions of Asia and an International competition have already been crowned at Silverstone, the traditional home of Race Camp, but the European competition is ringing the changes with the move to the warmer climes of Abu Dhabi. The sun, sea, sand and impressive skyscrapers of Abu Dhabi will create a spectacular backdrop for the GT Academy TV show which was watched by 27 million people in 2014. 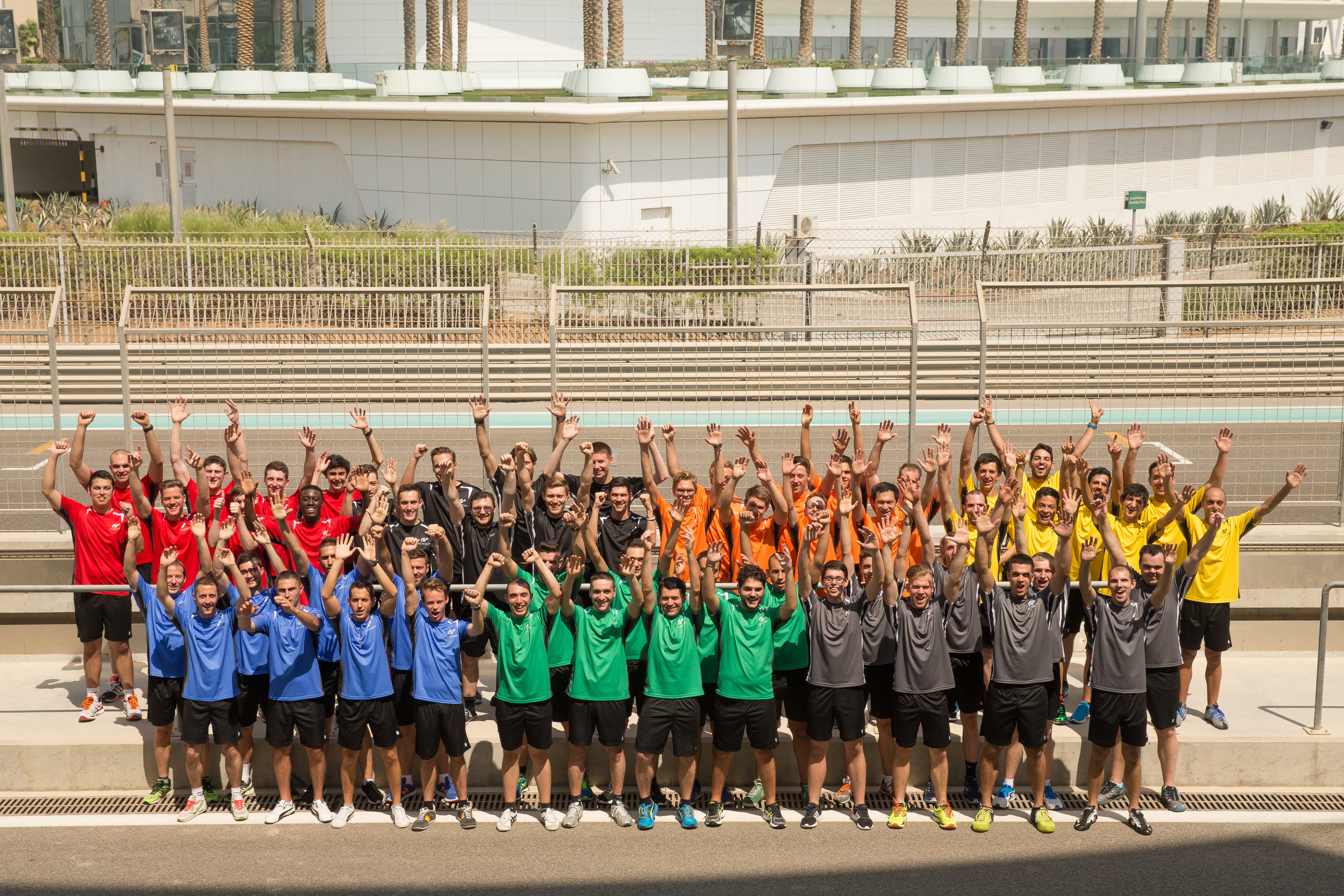 “We’re very excited about our move to Abu Dhabi’s fantastic facilities,” said Olivier Pierini, Nissan Europe Manager of Sponsorship and Partnership. “As always, Race Camp will be a very tough test of the competitors’ natural talents and determination to succeed. At the end of the process, we shall have one winner who has a chance to make his dreams come true and join the ranks of our NISMO athletes competing around the world. Our past successes – with the likes of Lucas [Ordoñez], Jann [Mardenborough] and Wolfie [Wolfgang Reip], who has just won the Blancpain Endurance Championship – demonstrate how much is at stake.”

The winner of GT Academy Europe will embark on the Driver Development Program with the aim to progress to a career as a racing driver. The results of the program have been spectacular: Lucas Ordoñez, an MBA student from Spain, spearheaded the program in 2008, now races for Nissan in Super GT500 class in Japan and has two Le Mans 24 Hour podium finishes to his name; Jann Mardenborough, the 2011 winner from the UK, competes in the GP3 Formula 1 feeder series; and in just three years, Wolfgang Reip from Belgium has been transformed from gamer to Blancpain Endurance Series champion racing a Nissan GT-R NISMO GT3.

“Race camp is something that is exciting for everyone involved in PlayStation and Gran Turismo,” said Gran Turismo series creator and President of Polyphony Digital Inc., Kazunori Yamauchi. “The manner by which the fastest gamer impresses the judges, and transforms from a virtual to a real racer, brings me great joy every time. There’s no need to stress the fact that it’s possible to give birth to a driver who has the potential to succeed in international circuits through this program anymore, but I think it is important to note that this experience at race camp is a moment in the limelight in the lives and memories of all its participants. I wish this year’s European challengers good luck.”

All the action at the GT Academy Race Camp will be filmed and a GT Academy TV show aired across Europe in the latter part of 2015 and early 2016. More details about GT Academy 2015 can be found on various platforms including: facebook.com/GTAcademy, gran-turismo.com and Twitter @GTAcademy.