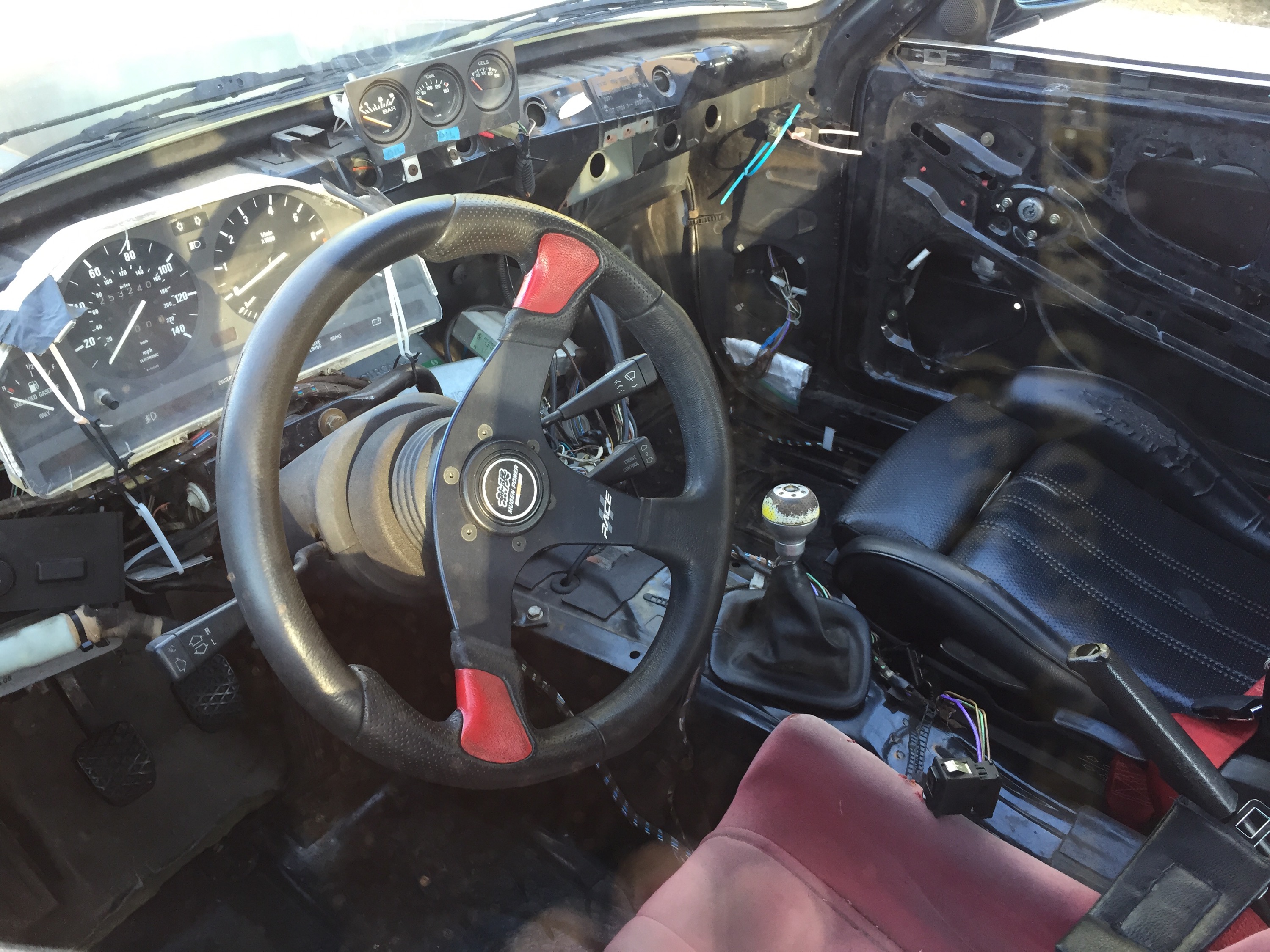 I see a lot of cool cars when I travel. I don’t know who own them or any of the details, they are simply found on the street(FOTS). Some of the best ones are in San Diego. Old cars live forever down here but I think it’s more because the people in Southern California really love cars. Take this BMW E30 as an example. You have to be a car enthusiast to daily drive an E30 like this. Normal people would freak out, but I think it’s perfect. 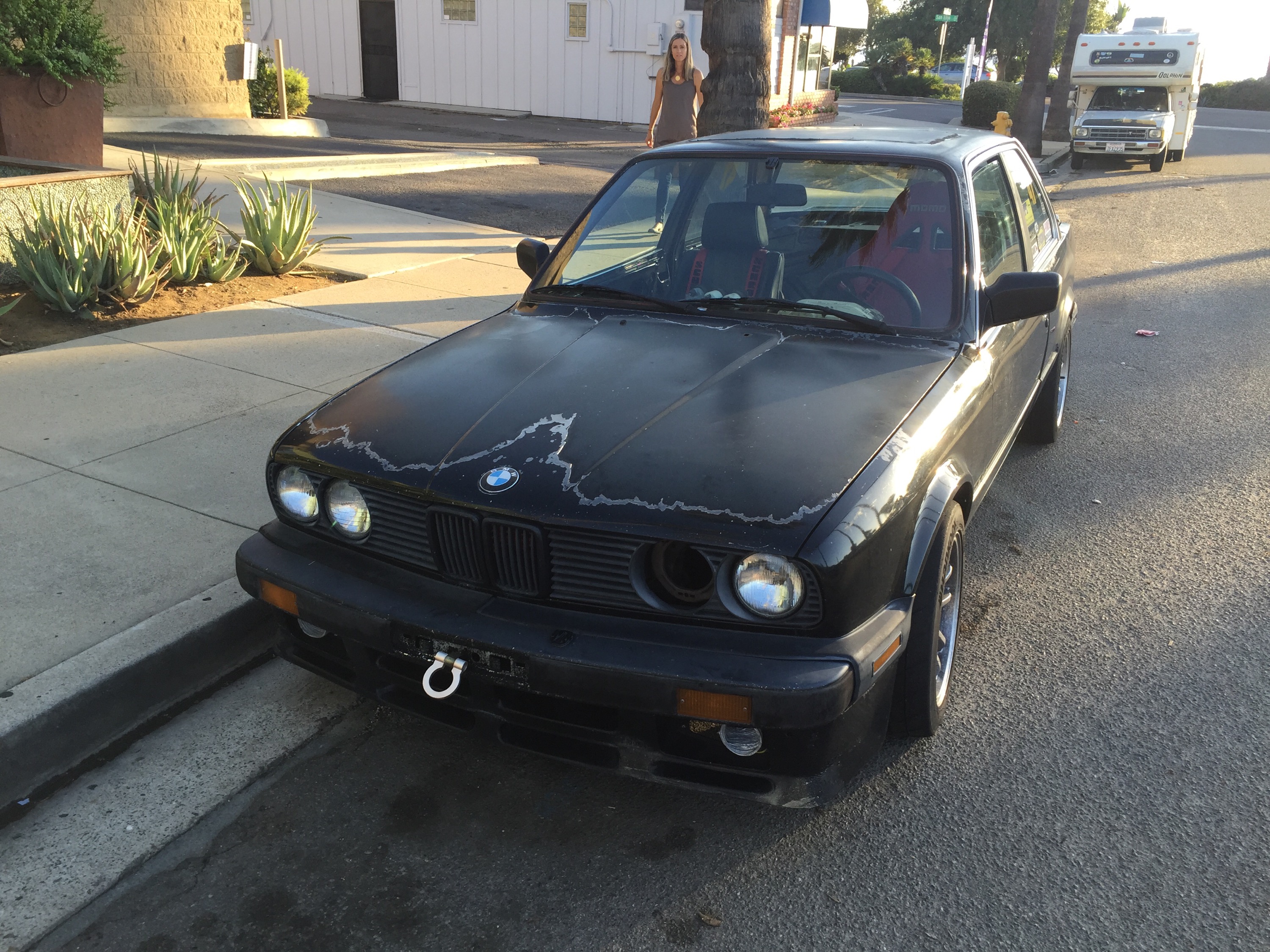 Look closer and you realize it’s a track day car. The tow hook is the most obvious feature but it’s missing the second headlight which has been replaced by an air intake for the engine. 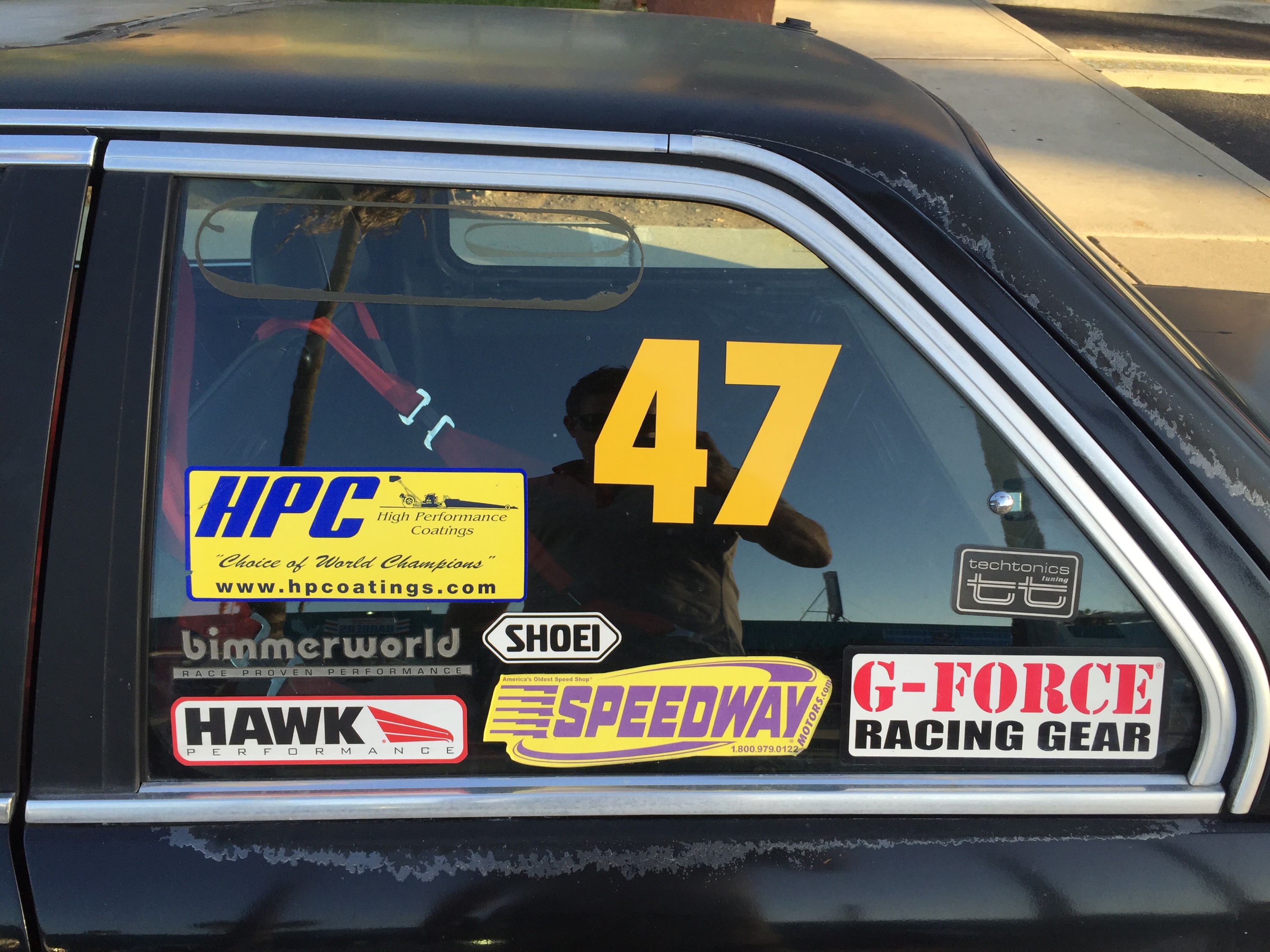 Then there the side window with a car number for drivers schools or maybe even a time trial. It’s also covered in stickers from companies that supply race parts like brake pads and harnesses. The interior though is the dead giveaway that’s it’s a track car.

No dash, no door cards, a racing shell, harnesses and gauge pod zipped to the dash bar. You know its only matter of time till this car gets a cage and starts racing wheel to wheel.