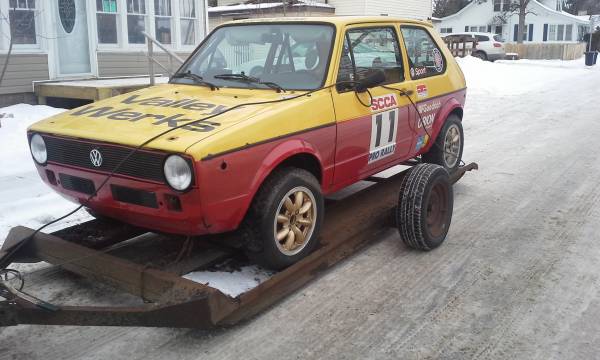 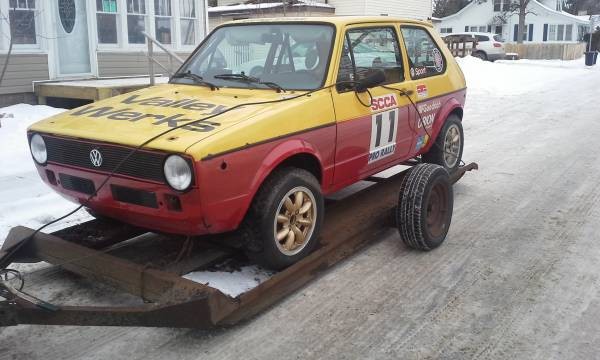 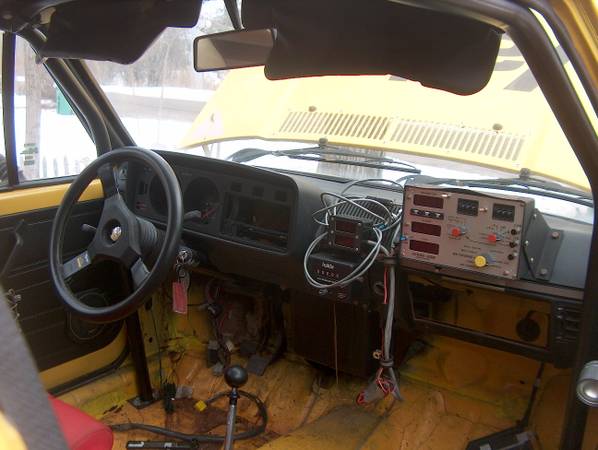 It looks like it comes with some wheel arch flares which could be really cool too. At least I think thats what the red strips are in the back hatch area of the car. 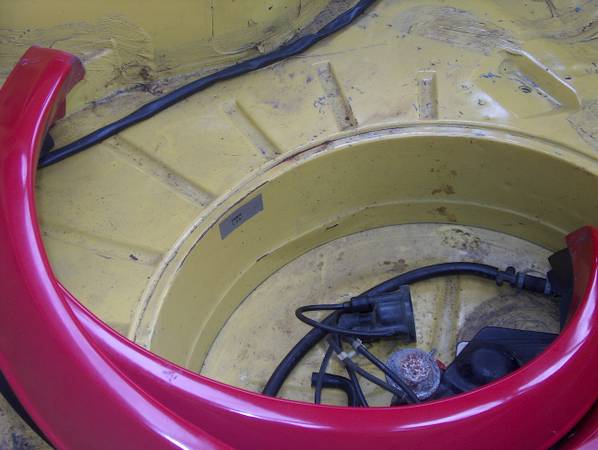 There is the issue of no title but its not that hard to apply for a new one while you work on the car. It doesn’t say anything about the trailer which is kind of random and cool looking too.

The other issue is the engine. Apparently its all there but its in pieces. 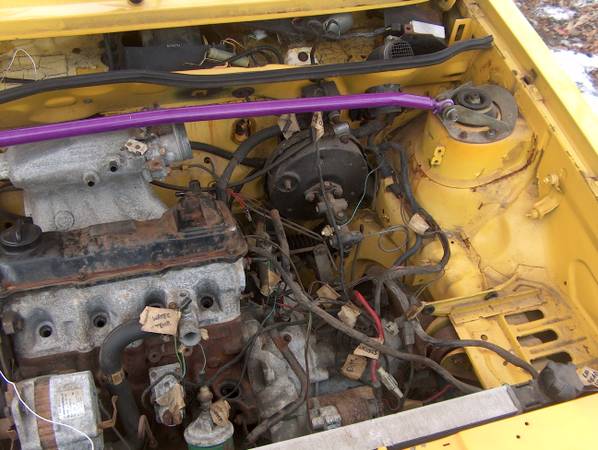 The car also has dual coil packs which are a smart add to any rally car for reliability. I doubt they were both hooked up at once, probably just had the input wires on a switch and then you manually switch the output to the distributer deal – but just a guess. 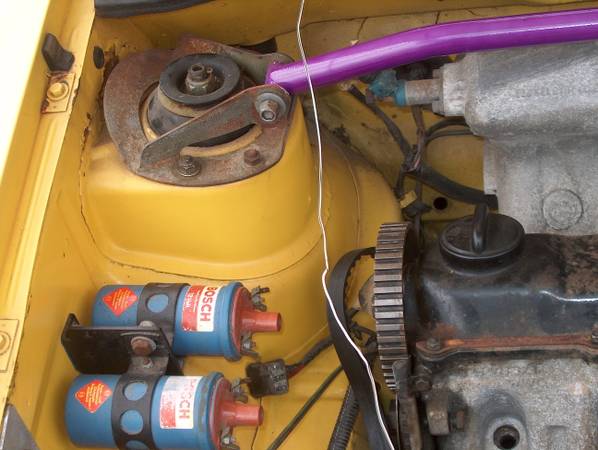 The good news is that VW motors don’t cost very much. 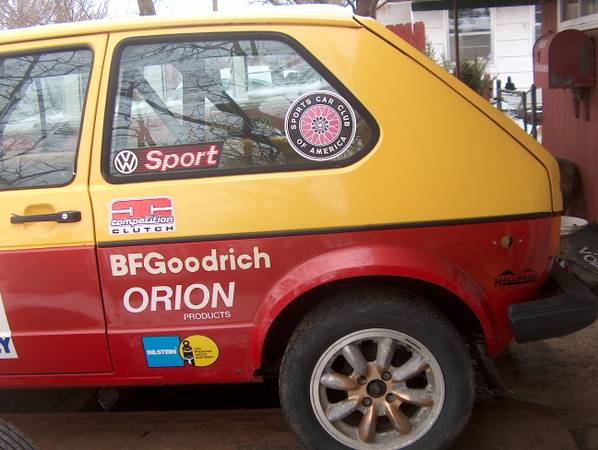 The body looks pretty good and those look like minilite wheels which is a good thing as well. 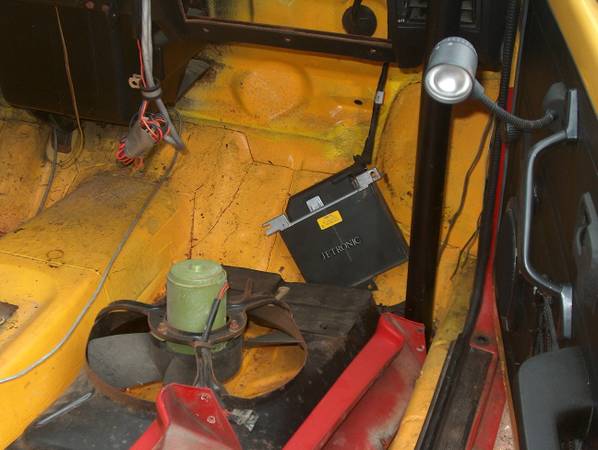 Again the chassis looks good and is probably crazy light making for a good platform to start a rally car. 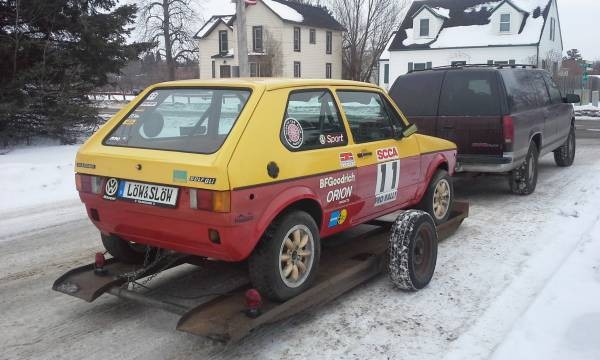 “76 VW Golf. Vintage Rally car. Raced back in the day in Wisconsin. Very clean body, with only some rust on the bottom of the front fenders. Motor and transmission are there,but motor is apart. Full roll cage. Dash and all wiring complete. Has front and rear bumpers. This was a race car and the title was lost through the years. $1,400.00 obo. Rich (952) 544-167nine”