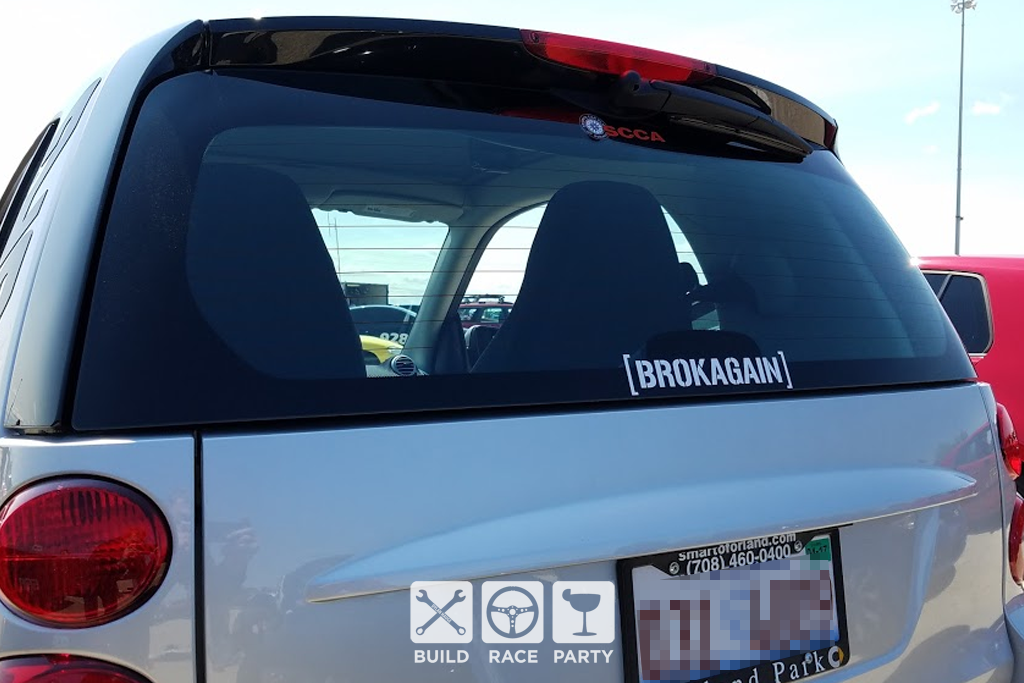 This past weekend was Event 2 for the Chicago Region SCCA. It was the first event with the new upgrades to setup (alignment, brakes, wheels & tires). Let’s just say, it was amazingly different. The car was a million times more responsive on all fronts, and with the loss in unsprung weight I have to re-dial in my launch again. I was quite a bit faster / more competitive too. I was about 105.2% of the top times at my last event at Route66, and this time I was 103.8%. I know that kind of seems marginal, but what that really means is I’ve cut my differential down from the faster guys by about 27%. FYI, I have thrown out the first in class result as both times they have been done by aliens (Chris Harvey & Jason Saini) — If you know SCCA Autocross you know those names. I’m still slow(er) than the faster competitors, but I’m getting closer. I still get super frustrated, and I even said this weekend, “I don’t know why I spend money to do these anymore when all I do is frustrate myself.” That was at the end of the morning runs… After my first afternoon run where I knocked off about a half second and cleaned it up I was back to being super pumped (54.317+1 versus a 53.924). My second run in the afternoon was a spin/slide run but was soooo much fun, other than the mild amount of carnage it caused. 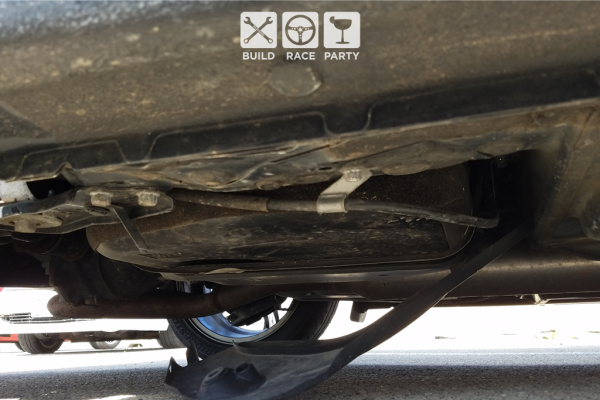 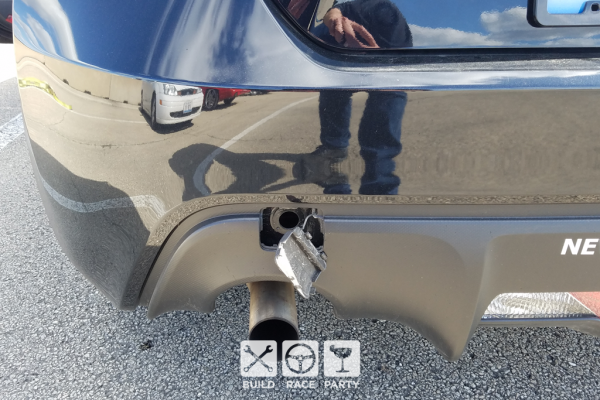 Here is a video of the spin, and at the end you can click through to watch my fastest run:

The best sight of the day for me was my friend Adam’s new daily driver that he decided to bring to the event and run. A 2015 Brabus Edition Smart Car. This thing was AWESOME! It looked hilarious and amazing all at the same time, but when he nailed the final slalom on the course it looked like it took no effort what-so-ever. He used to pilot a 350Z, so I would say this is a slightly different feel. Best part, thing was already equipped with a sweet window sticker on the back. Thanks Adam. 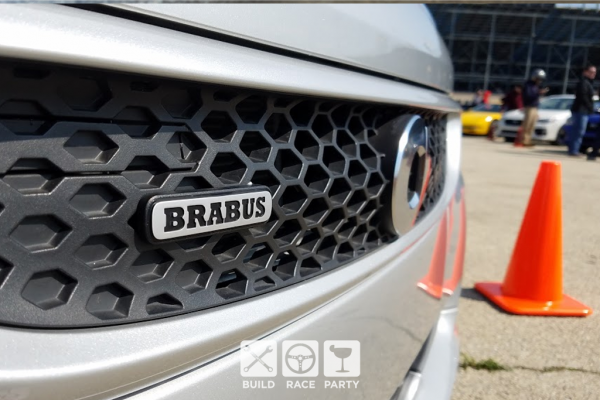 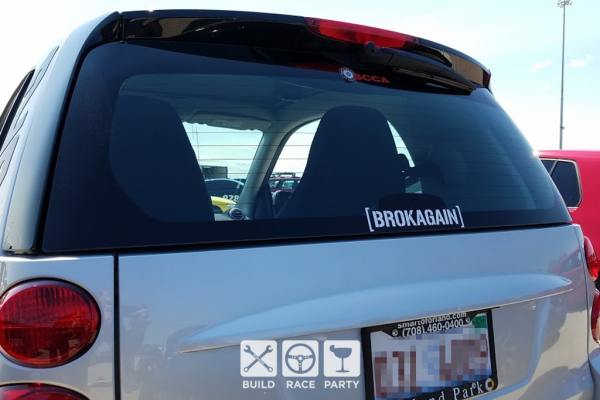