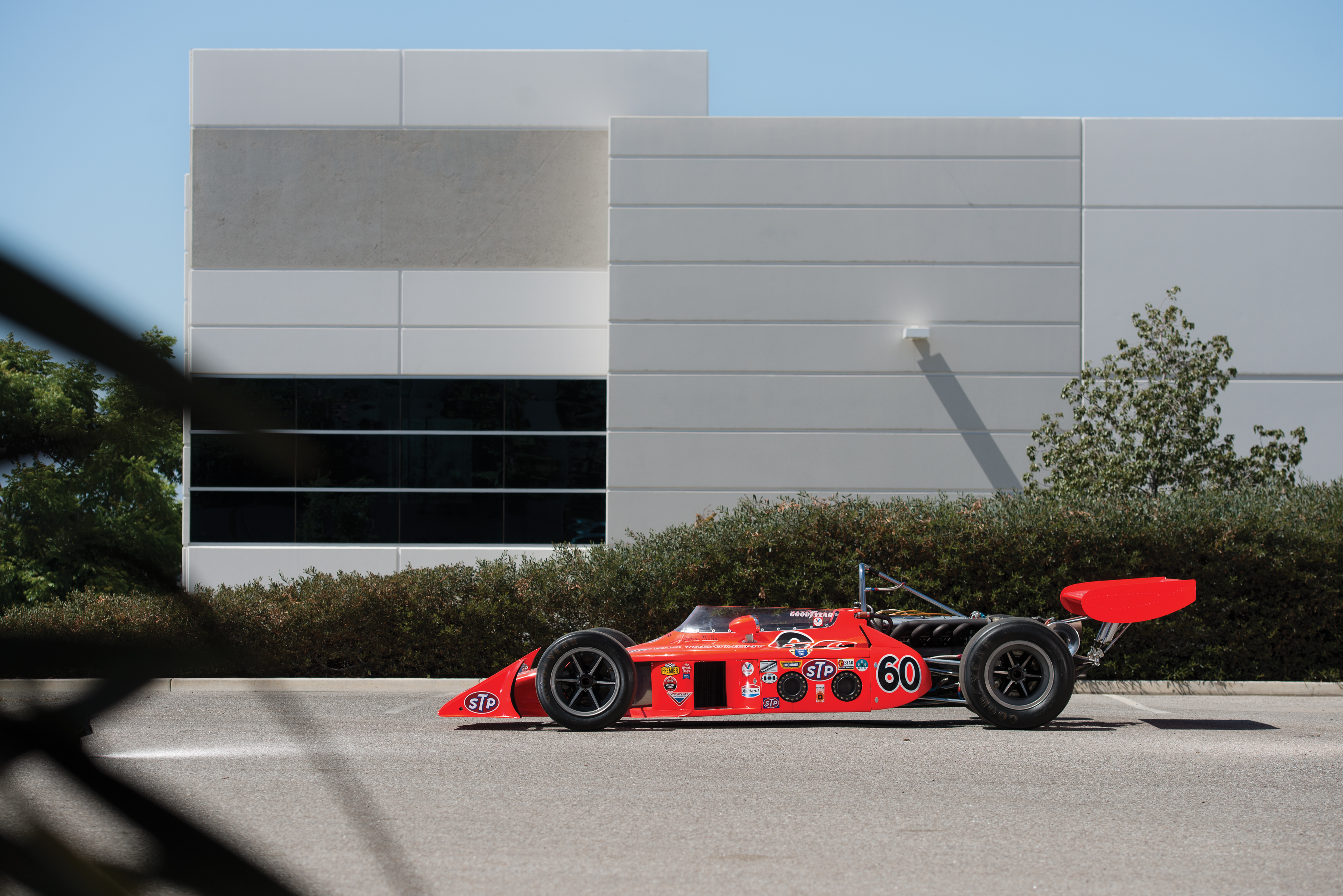 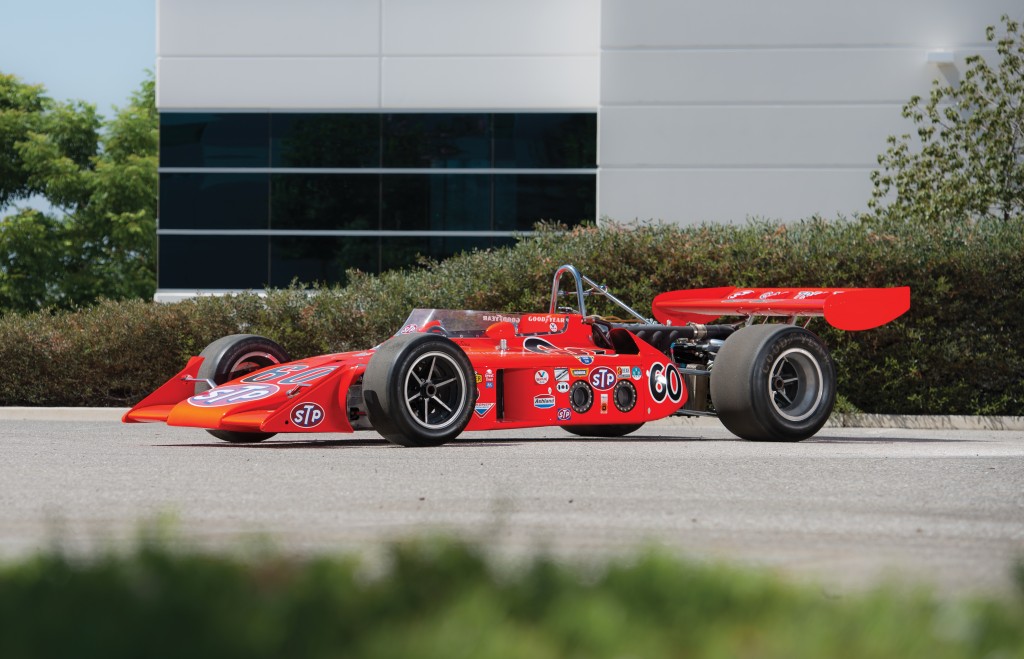 Dan Gurney’s All American Racing hired brilliant engineer Roman Slobodynskij away from Rockwell Aerospace in 1969, and a brand-new car was begun in May 1971, with wind-tunnel testing of its models. USAC rules had changed, and the new Eagle 7200 took advantage of them, moving the wheels out to the full 80-inch width possible and widening the wings to increase downforce significantly. The 750+ horsepower turbocharged Drake-Offenhauser engine was a stressed member from the firewall back, the suspension could be adjusted by the driver on the track, and the slab-side aluminum body was built by Phil Remington. 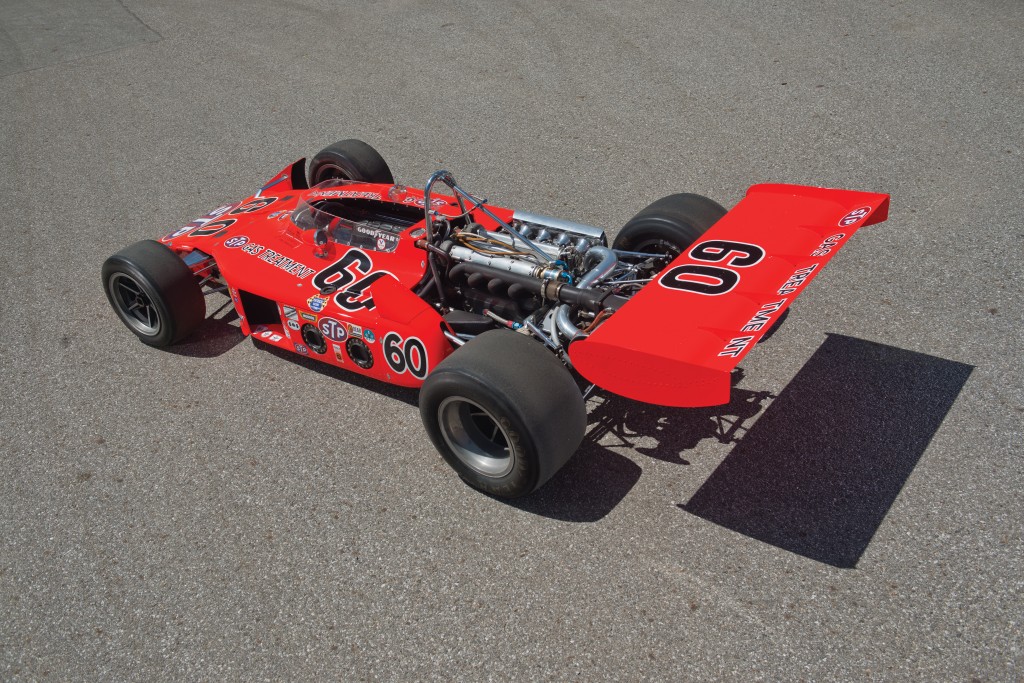 The Eagle represented the pinnacle of IndyCar design at the time, and it was so far ahead of the preceding model that it set a new qualifying record for the 1972 Indianapolis 500. Bobby Unser’s fastest lap of 196.678 mph was 17 mph faster than it was in 1971. In total, six 7200s had been built by the 1972 Indy 500, and Unser won six pole positions in nine races that year. As a result, orders flooded in and 29 examples had been sold by the end of the year. In 1973, twenty Eagle chassis dominated the Indy 500, against only seven McLarens, and the first six starting rows were all Eagles. 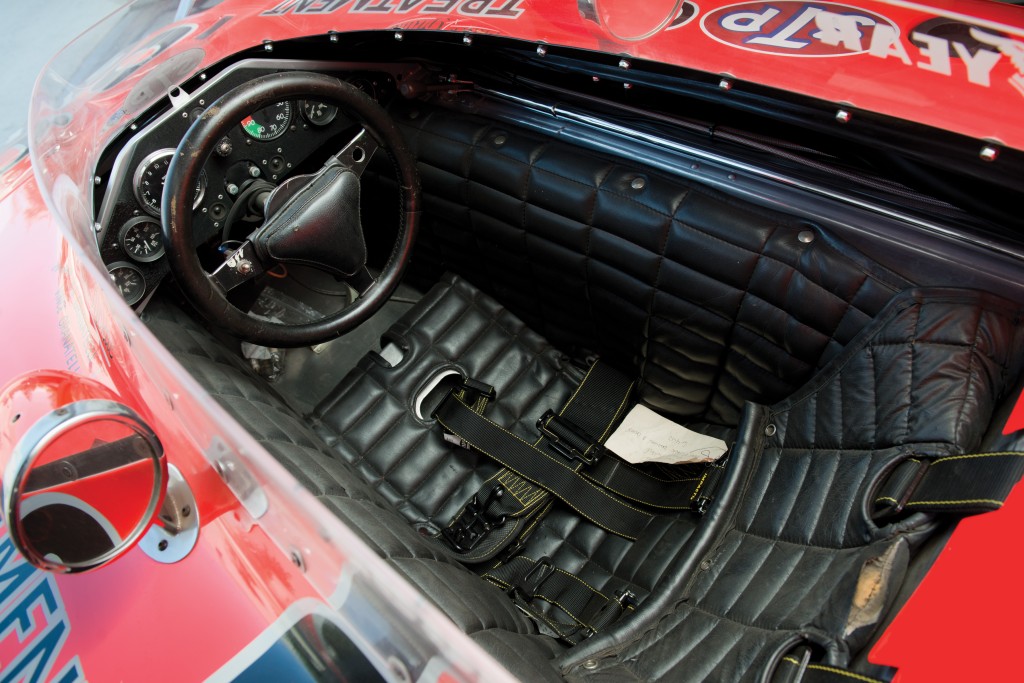 This car, chassis 7219, was the 18th built, as the number 13 was not used, and it was the third of the three Eagles under the moniker of the STP Oil Treatment Specials that were entered in the 1973 Indy 500 by Pat Patrick Racing. Gordon Johncock (#20) and Swede Savage (#40) were the leads, and Graham McRae (#60), a Formula 5000 driver from New Zealand, was third. McRae was named Rookie of the Year after qualifying 13th at 192.031 mph and finishing 16th overall. Johncock ultimately won the rain-delayed 500, which was finally halted two days later, after only 133 laps had been completed. 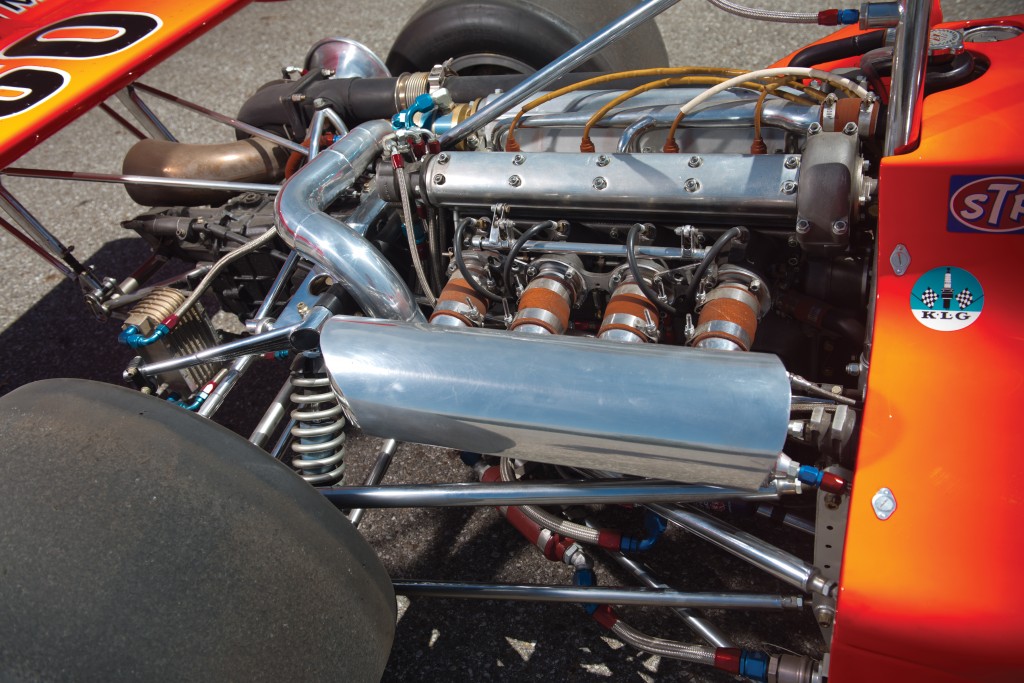 Wally Dallenbach drove 7219 for the rest of the IndyCar season, winning the Milwaukie Mile 200, a 100-mile qualifier in Ontario, and the California 500 back-to-back. At the end of the 1973 year, Patrick sold chassis number 7219 to Richard Beith, who hired Steve Krisiloff for 1974. In the car, renamed American Kids Racer, Krisiloff (#18) was running 3rd in the California 500’s 100-mile qualifier when the team pit caught fire during the race and ended his race. Krisiloff took a job offer from Pat Patrick, and helmet/fire safety pioneer Bill Simpson drove this car for the remainder of the year. He ran well at the Indy 500, until a clogged fuel filter and burned piston took him out on lap 163. He did, however, finish in 13th. 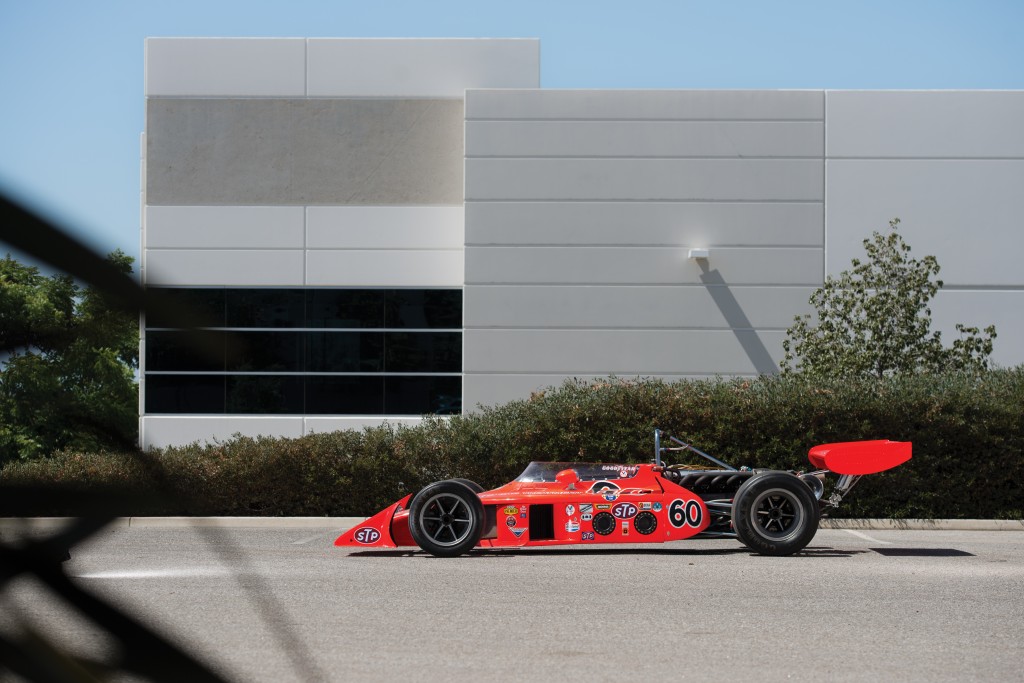 For 1975, this Eagle, wearing #28, was driven by 1972 Can-Am Champion George Follmer; however, a string of bad luck forced him out of the California 100 qualifier, resulting in him missing the 500 main event, and then he failed to qualify for the Indy 500.

In 1976, Bill Scott drove chassis number 7219 when Walter Hodgson leased the car from Beith and renamed it Spirit of Public Entertainment. Scott made the Indy 500 field at 183.383 mph, qualifying 21st and finishing 23rd, still running.

The car was then returned to Beith in 1977, and he hired John Martin to enter #28 at the Indy 500, but the American Kids Racer failed to qualify, and it did so again in 1978. Later that year, Roger Mears, younger brother of Rick, drove this car to a 6th place finish in his IndyCar debut at the California 500. In its last outings, Bill Scott drove the Eagle for the 1979 season, retiring from the California 500 and failing to qualify the car, then known as the Wheel Center Racer, in the Indy 500.

After a remarkable seven-year first-tier career, 7219 was retired and put into storage until the present owner commissioned Walter Goodwin, of Indianapolis, to rebuild and restore it in its original 1973 Indy 500 STP livery (#60), which took place between 2008 and 2011. The car ran with the vintage demonstration cars at the Indianapolis Motor Speedway in 2011 and 2012, and until now, it has been displayed at the Riverside International Automotive Museum in Riverside, California.