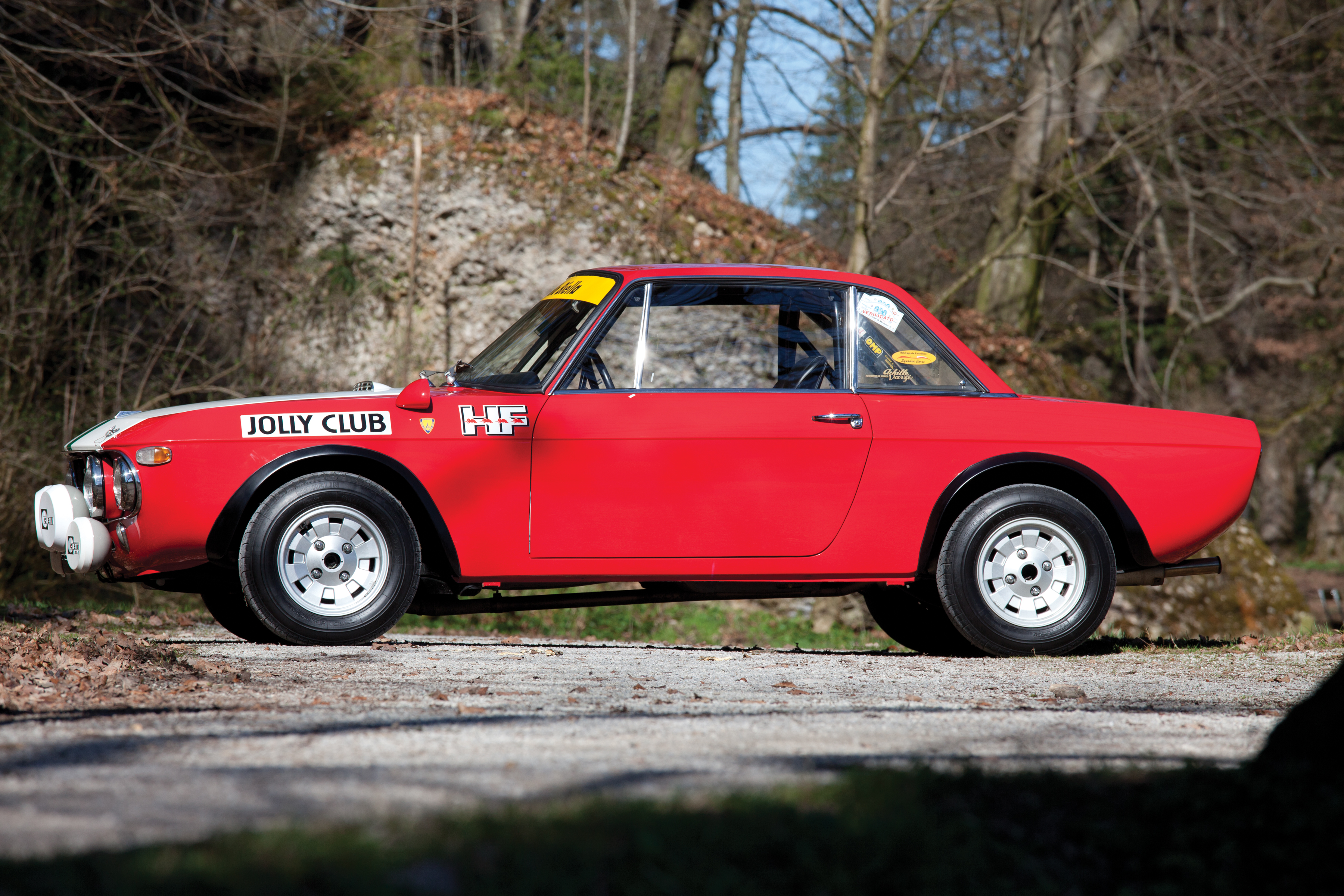 The Fulvia Coupé represented Lancia’s initial push into the rally world that it would soon dominate. Owing to its 65 percent front-biased weight distribution, the Fulvia benefitted from Lancia’s trademark compact V-4 engine. The engine was modified for 1968, growing to 1.6 litres and gaining a ZF five-speed manual gearbox for the 1.6 HF (for High Fidelity).

The legendary “Fanalone”, christened so by Italian enthusiasts due to its enormous headlamps, was a true rally car. Charming double entendre nickname aside, the Fulvia 1.6 HF Rallye was a thoroughly thought out factory-built racing car that tipped the scales at a mere 825 kilograms. With extensive use of aluminium and Plexiglas, further upgrades included Girling disc brakes and Campagnolo alloy wheels set at a negative camber, with all being designed specifically for function over form.

Serena Pittoni was the winner of the CSAI Ladies’ National Rally Championship in 1972, and she campaigned this car under the famous Jolly Club racing team for the 1972 and 1973 seasons. Pittoni would even finish an impressive 2nd in her class at the 1973 Rallye Monte Carlo. This particular car is amongst the first 300 Fanalones produced. It has been fully restored (with photo documentation) and has accumulated fewer than 1,200 kilometres since.

It is offered with a FIVA card that was issued in late 2009, ASI documents, and it original Italian number plates, as well as the original owner’s handbook. Today, it is presented in period Jolly Club livery and is ready to be shown and enjoyed on the vintage rally circuit, with its distinctive headlights leading the way!