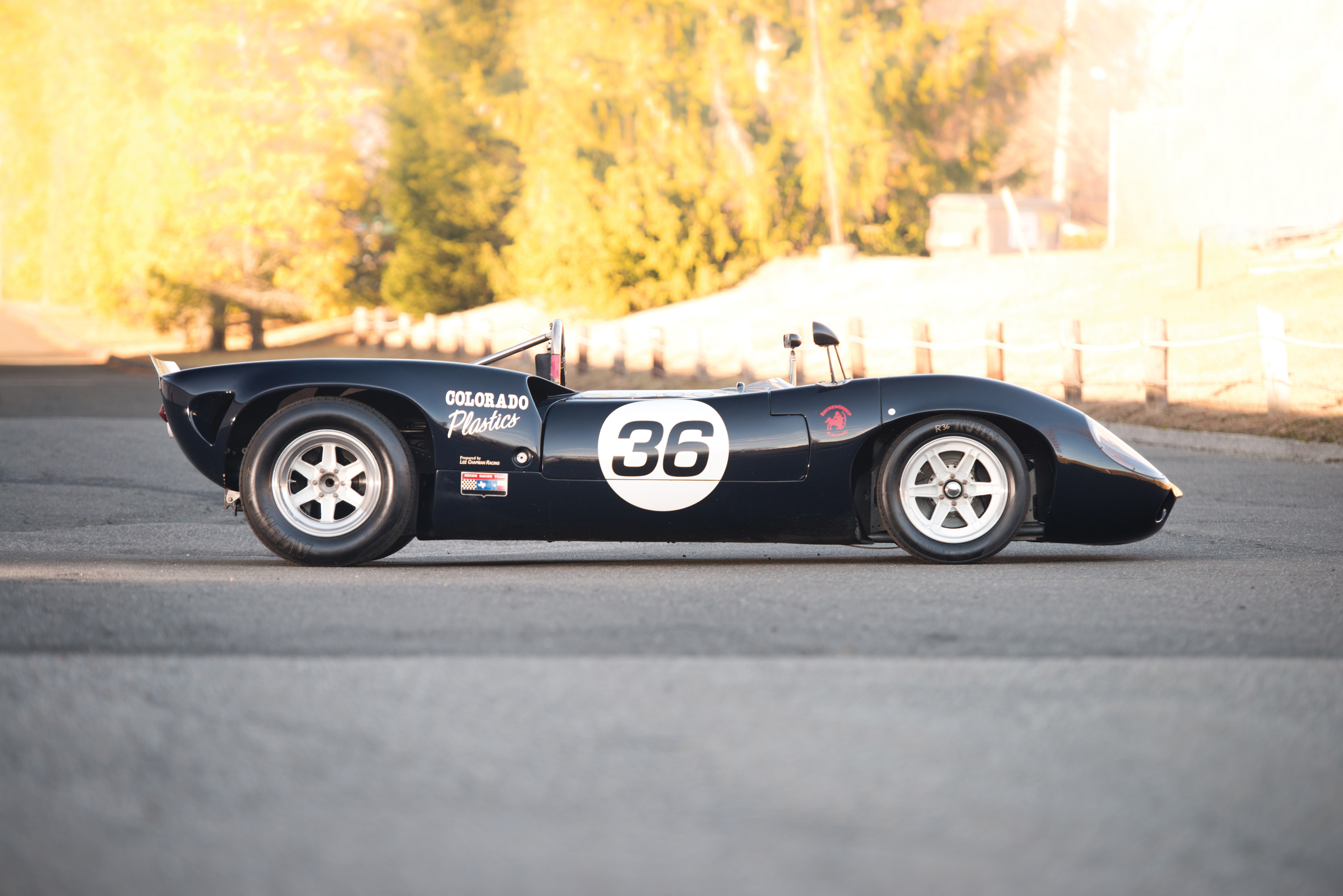 Lola Cars was founded in 1958 by former Quantity Surveyor Eric Broadley, who was located in Huntingdon, England. His first “production car,” the Lola Mark I, was so superior that it immediately obsoleted Colin Chapman’s previously unbeatable Lotus 11s, as well as all Elvas and Coopers. One of Broadley’s most interesting cars was, of course, the Lola Mk 6 GT, which the Ford Motor Company later successfully raced as their GT 40. Lola cars have claimed hundreds of victories in the last four decades, including at championships in Can-Am, Formula One, Formula 5000, and IndyCars. A list of Lola drivers in the “historic era” reads like a who’s who of talent and includes Bob Bondurant, Mark Donohue, Walt Hansgen, David Hobbs, Denny Hulme, Parnelli Jones, Roger Penske, Brian Redman, Jackie Stewart, and John Surtees. 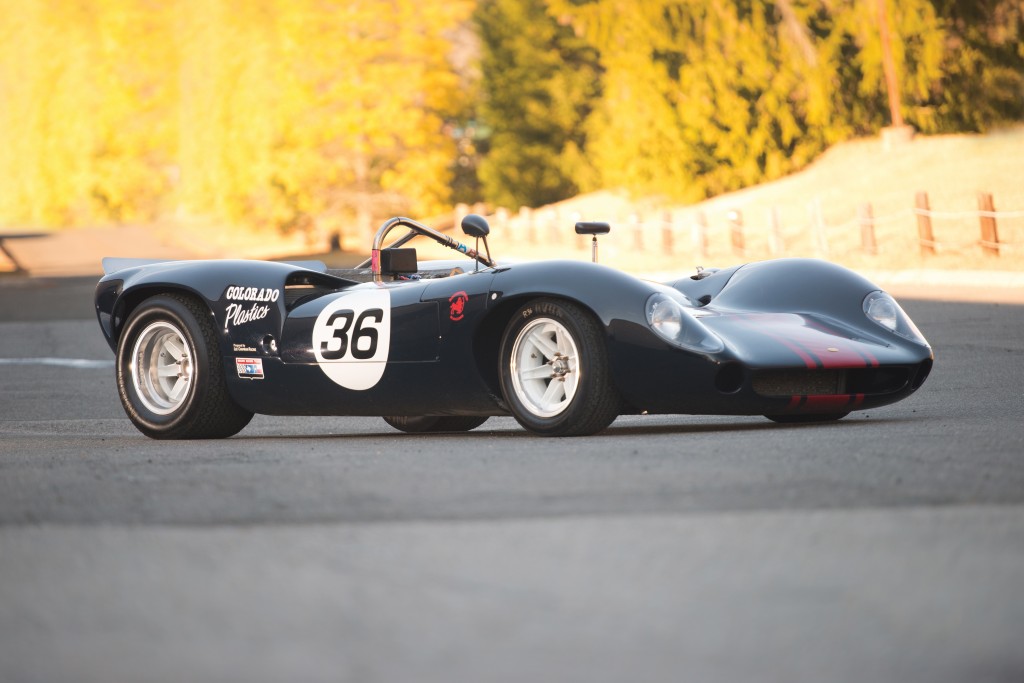 Broadley’s early Lolas, beginning with his Mk I and up to and including the Lola T70 Roadster and the T70 Coupe, were also by far the most beautiful sports racers of their era. This 1966 T70 Mk II, chassis SL71/36, was the last of 67 spyders built, and it was sold by John Mecom, the original U.S. distributor, in 1966. Richard Galloway, whose Colorado Plastics manufactured Lego blocks, became the first owner, along with his designated driver, New Zealander Ross Greenville, with the latter having raced successfully in the Can-Am Series and SCCA Nationals, which included such race tracks as Bridgehampton, Laguna Seca, Las Vegas, Riverside, Road America, and Watkins Glen. 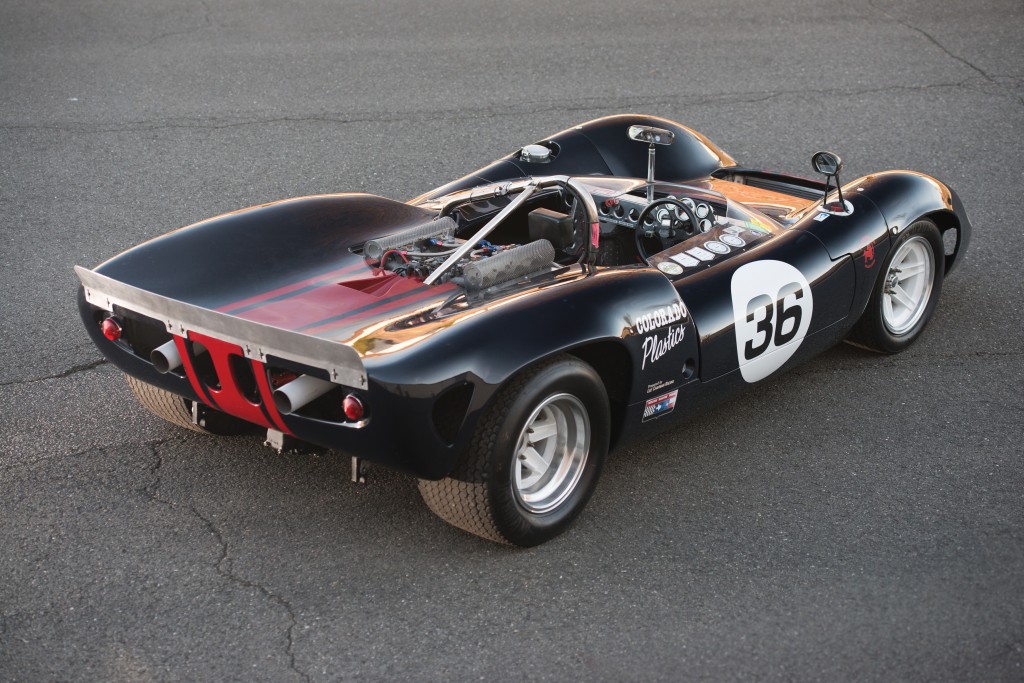 After an accident at Bridgehampton, the car was traded-in to Illinois-based Carl Haas, the subsequent U.S. distributor for Lola Cars, for an Mk II Coupe replacement. Haas properly renovated SL71/36 before selling it on June 14, 1973, to Colorado club racer John McDonald for $4,800, with the Bill of Sale (on file) stating, “Used Lola T-70 MK S.N SL71/36 Can-Am roller with transaxle, repaired chassis, rebuilt suspension.” 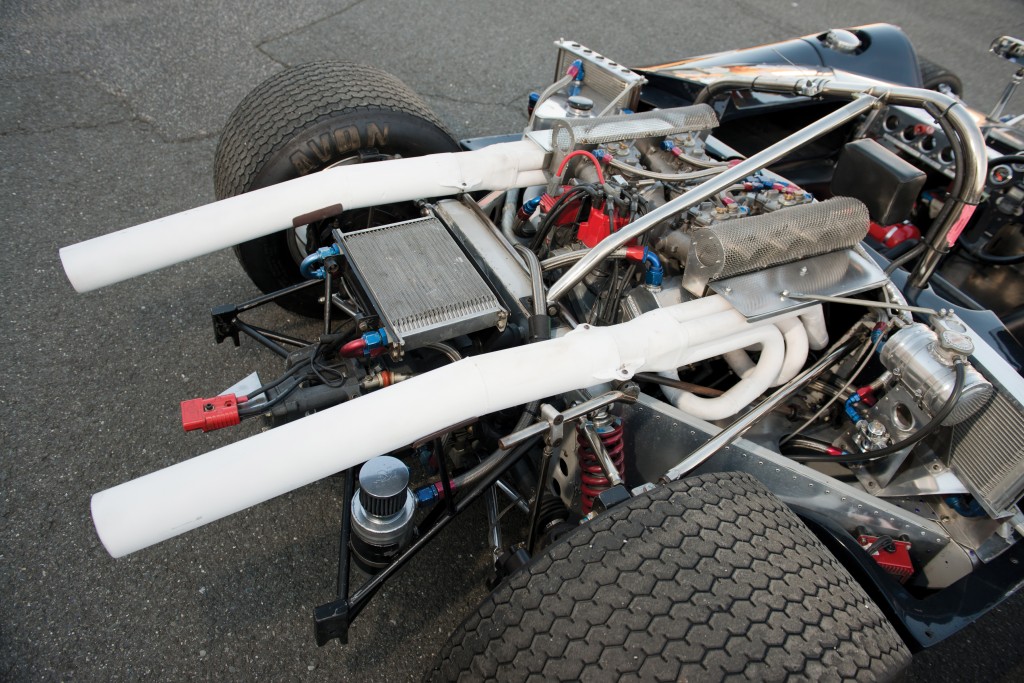 McDonald, after a few SCCA regional events, in turn passed the car to Santa Ana, California, Lola restorer and enthusiast Mac McClendon on September 23, 1979, for $3,500. McClendon eventually restored this T70 Mk II to as-new condition, using most of the original chassis and other fit components, before selling it to the current owner, a competitive and well-respected figure in historic racing, in 2008. After thorough race preparation, the car has enjoyed an impressive three-year National Historic Race career, scoring six 1st place overall and class victories, three 2nd places, and three 3rd places. 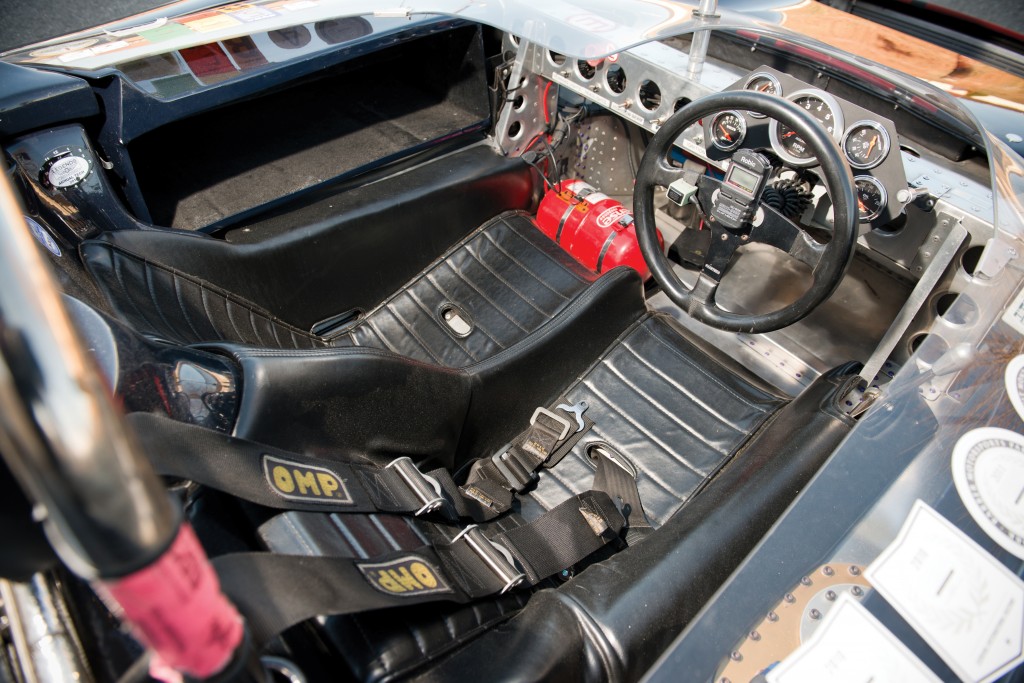 Additionally, SL71/36 was crowned the overall champion in Bobby Rahal’s 2010 Legends of Motorsports United States Road Racing Championship (USRRC). Unlike a racing car with such a distinguished racing record, it is also immaculate, having won another Best in Class trophy at the 2011 Amelia Island Concours D’Elegance. 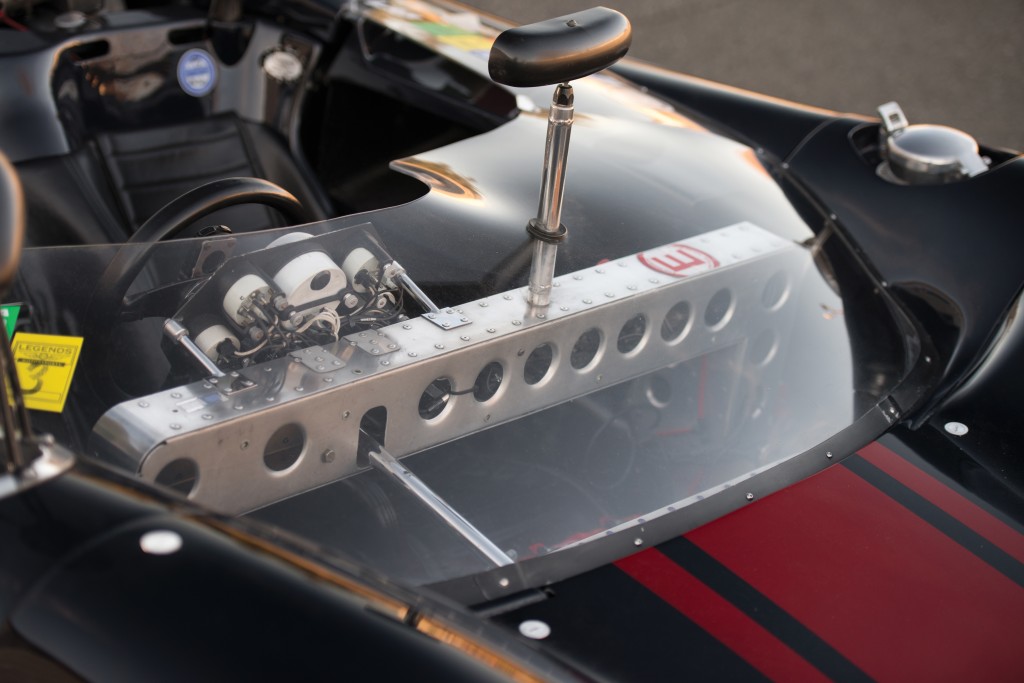 Due to the present owner’s retirement from active competition, this spectacular Lola T70 Mk II is now available for the next caretaker’s fun and games, and it is complete with its original chassis plate and FIA Historical Technical Passport (number 29064). 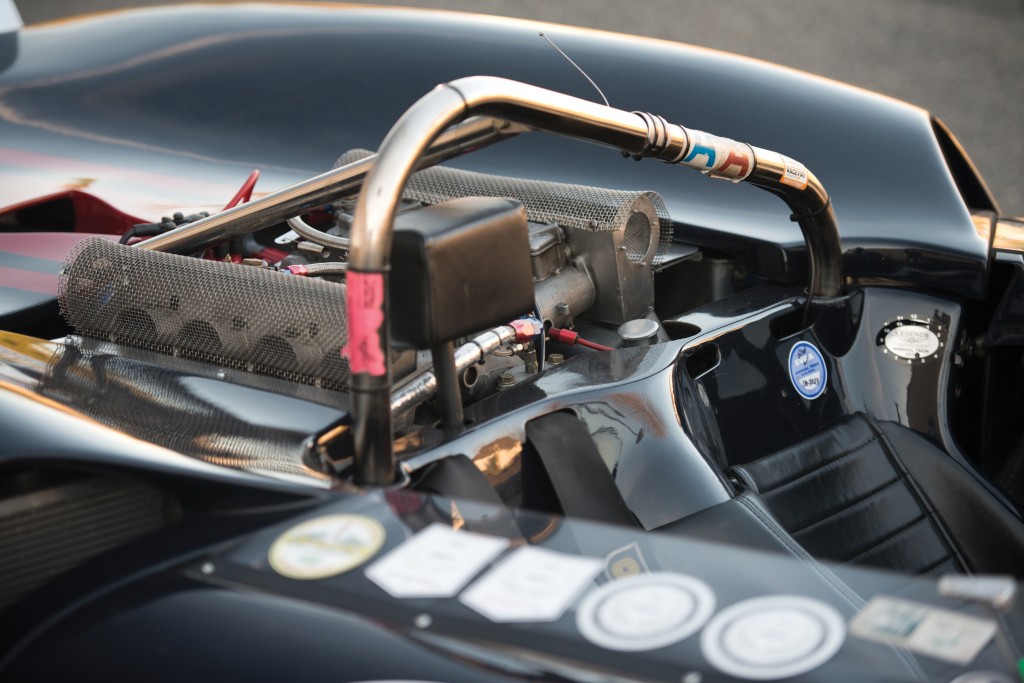 It is unusual to discover an older racing car with such extensive files of ownership history, period photographs, and Bill of Sales to and from each owner. We urge interested parties to consult an RM specialist to review the extensive on-site files that accompany this vehicle.