Round two of the FIA World Rallycross Championship presented by Monster Energy – AUTOSPORT World of Great Britain – will take place at Lydden Hill this weekend as a record entry of 38 Supercars descend on the Kent-based race circuit. Lydden Hill also marks the opening round of the five-round FIA European Rallycross Championship (Euro RX), of which there are 23 drivers eligible to score points. 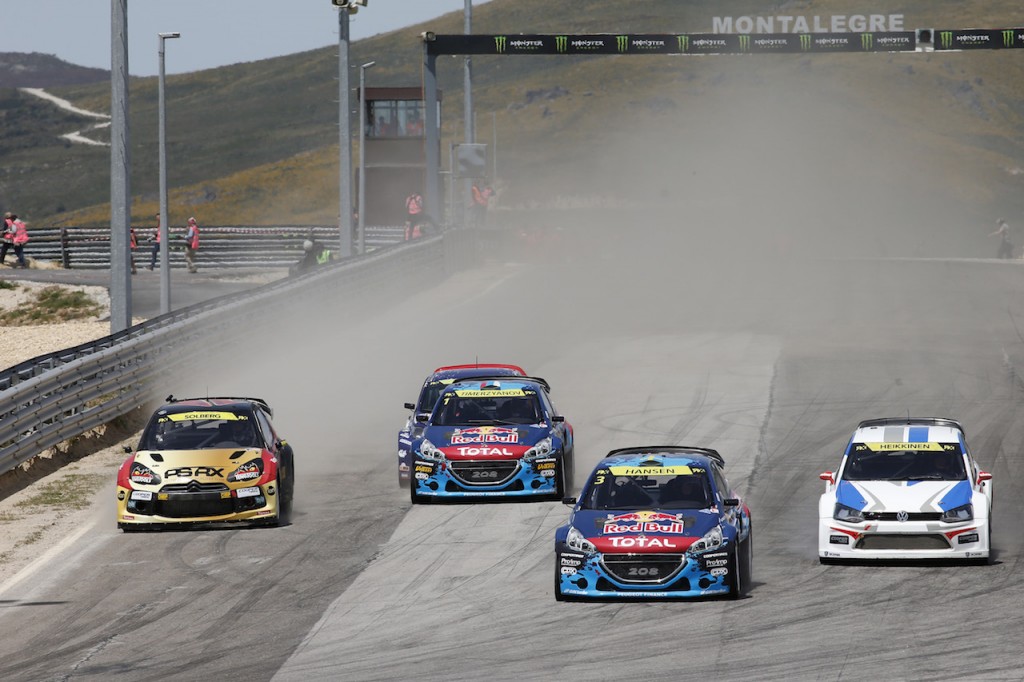 Lydden Hill is steeped in rallycross history: the sport’s inaugural race was staged at the track back in 1967. Introduced by Robert Reed – who was a producer on ITV’s World of Sport programme at the time – the sport quickly grew to become a staple on TV in the UK before spreading to the European mainland two years later.  This week a new race tower will be revealed at Lydden Hill named after Arthur Debenham, known as the ‘voice of rallycross’. Both Debenham and Reed will be present at Lydden Hill as VIP guests over the weekend.

After winning the World RX season-opener in Portugal earlier this month, Petter “Hollywood” Solberg will be eager to continue his run of good form but will face stiff competition from the likes of wildcard entry Tanner Foust – a two-time Formula Drift Champion and multiple X Games medallist – who has a strong track record in Britain.

“I have two wins at the Lydden Hill Race Circuit, and there’s something special about going for a hat-trick,” explained Foust, who is also a presenter on the US-based version of Top Gear.  “I’ve raced rally, sports cars, off-road … and rallycross has it all: I love the combination of dirt, asphalt, jumps and door-to-door racing. It’s like a real-life video game and there’s nothing else like it. The cars are insanely fast, and getting more fun to drive every year as the technology steps up.”

Reigning BTCC Champion Andrew Jordan will join Foust as a wildcard entry at Lydden. The British ace will drive for the Championship leading Ford Olsbergs MSE Team and will be looking to celebrate his 25thbirthday weekend in style.  “My aim is to reach the final, but I’m under no illusion that it’s going to be a big ask just to reach the semis,” admitted Jordan, who also won the British Rallycross Supercar Championship back in 2007. 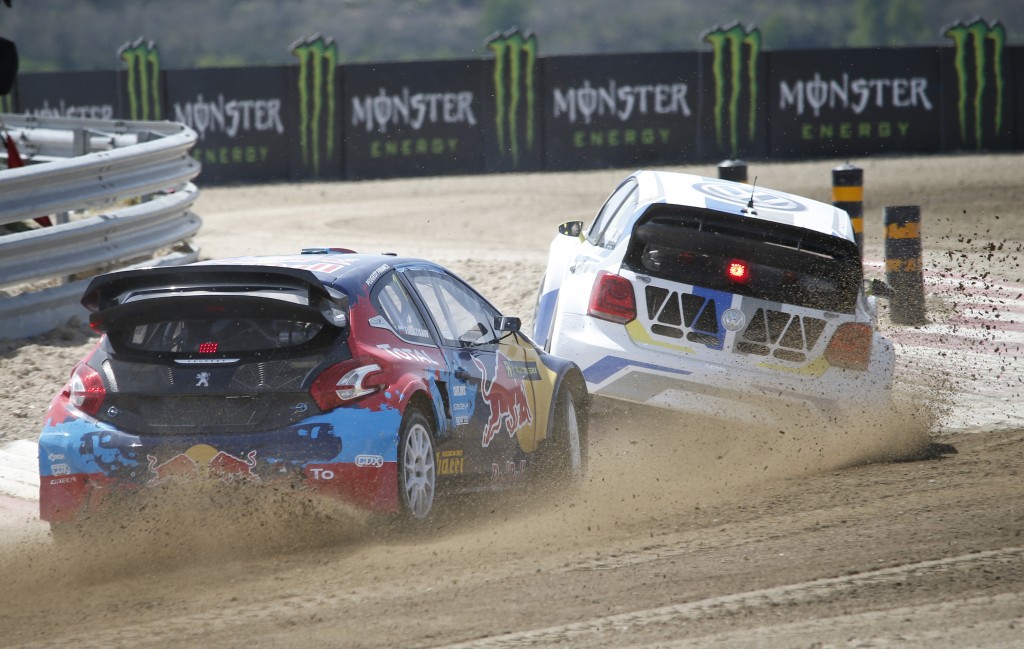 One driver who knows the track better than most is Monster Energy World RX Team’s Liam Doran, son of former British Rallycross Champion and Lydden Hill circuit owner Pat Doran. “I’m really looking forward to getting on the track this weekend, and I feel like the whole team and I have a point to prove after the issues we experienced in Portugal,” explained Doran who will be joined in the two-car team by Poland’s Krzysztof Skorupski. “We’ve been working non-stop to get the cars ready, and it’s looking good now. Racing at Lydden has been a big part of my career, so naturally I want to win and put on a great show for the home crowds.”

Davy Jeanney – who finished second in last year’s European series – will replace Albatec Racing’s Jacques Villeneuve who has elected to skip the British World RX round due to a commitment to race in Indy 500.  “Lydden Hill is a track that I know very well where I have always had great results so hopefully we can get a good result, being in the top five or even a podium,” said Frenchman Jeanney, who will test the Peugeot 208 Supercar this week alongside Albatec’s team principle, Andy Scott.

In the Teams’ Championship, Ford Olsbergs MSE and team drivers Andreas Bakkerud/Reinis Nitiss will be eager to maintain their placing at the top of the standings but will face strong competition from VW Marklund’s Topi Heikkinen/Anton Marklund and Peugeot-Hansen’s Timur Timerzyanov/Timmy Hansen.

Lydden Hill is the opening round of Euro RX which comprises of five events: Great Britain, Norway, Belgium, Germany and Italy. 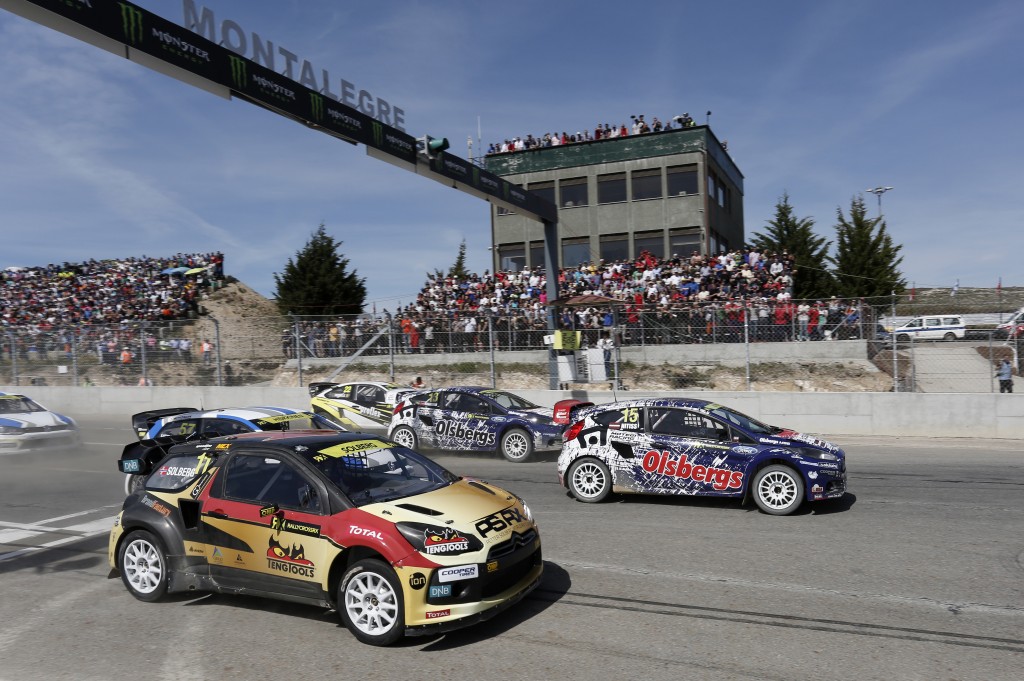 Robin Larsson will join the stellar Euro RX line-up in his Audi A1 Supercar after making the transition from TouringCars up to Supercar in 2014.  His Audi A1 is the first of its kind in rallycross, having not yet been seen outside of Sweden. Frode Holte will bring another manufacturer to the grid as the Norwegian is set to drive a Hyundai i20 Supercar at Lydden.  Meanwhile, Volvo will also be represented as Swedish Touring Car Champion Tommy Rustad returns to rallycross this weekend to drive a Volvo C30 Supercar.

Reigning Swedish Rallycross Champion Peter Hedstrom will also be present at Lydden and will be making a bid to win the European title this year in his Skoda Fabia Supercar as he builds towards running a world campaign in 2015.

Other notable entrants at Lydden Hill include uncle and nephew duo Mats and Emil Öhman; the former who has restricted mobility and uses custom-made hand and arm controls to drive his Citroen DS3 Supercar, and the latter who is a two-time World Champion in snowcross.  Current British Rallycross Champion Julian Godfrey will join five other British drivers who will all be eager to please the home crowds.

On top of the 38 Supercars, there are also 10 entries in the highly competitive TouringCar category including 21-year-old Mandy Kasse, who joins Karlsson as the second female driver to compete in World RX.  A further 23 cars will also compete in the Super1600 category which includes British driver Phil Chicken in a Citroen C2.

Ten drivers are entered in the supporting RX Lites Cup including aspiring American driver Mitchell DeJong.  At just 16-years-old, DeJong has raced competitively from the age of five and is a proven winner on asphalt and dirt, competing in off-road modified trucks, Legend cars, and now rallycross. “The fact that my first European race will be at the iconic track, Lydden Hill, where rallycross originated makes it even more exciting,” explained DeJong “I’ve always raced both road racing and off-road so what I love about rallycross is that it combines the best of both worlds. I’m really looking forward to the high level of competition at Lydden.”

Martin Anayi – Managing Director for World RX at IMG Motorsport – concluded: “With a total of 81 cars and nine different car manufacturer brands, World RX of Great Britain is shaping up to be an unforgettable weekend. Considering this is only the second round of the season, interest in World RX is soaring and we are delighted to have had drivers from more than 20 different countries competing in our Championship so far.  Lydden Hill is also a fitting home for the British round of the Championship with the circuit having hosted the very first rallycross event 47 years ago.  It will be an honour to have Robert Reed with us over the weekend too. We are expecting a lot of spectators at Lydden Hill but for those who are unable to make it, I’m pleased to announce that the semi-finals and finals will be streamed live via our website for the vast majority of countries round the world, including the UK, on Sunday afternoon.”