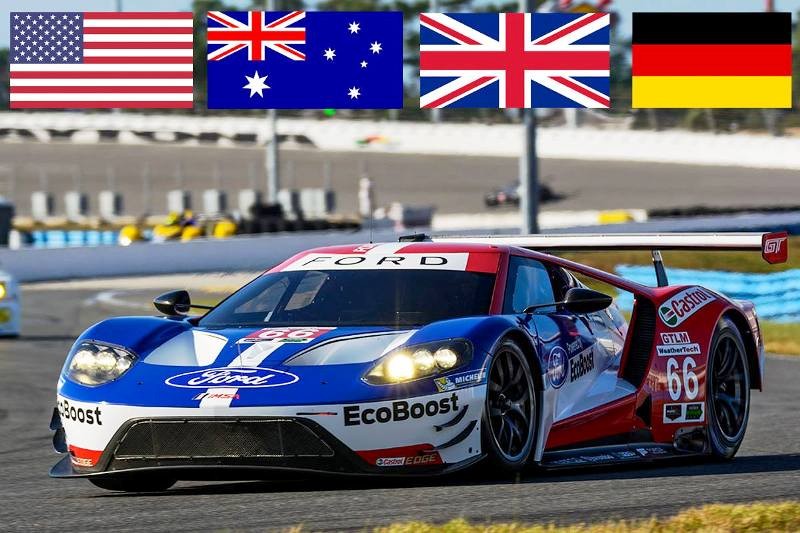 Maybe this shouldn’t bother me, but it makes me a little sad that only one American driver will be racing Ford’s new GT Program The same is true at Corvette Racing. One American. The sad part is that the United States produces good drivers. Maybe not the absolute best (F1 Champion), but we certainly produce enough top-notch racers to properly fill a few GT’s for 24hrs. So why would they choose drivers from outside the U.S.? Do they appeal more to the European race fans? Maybe they get the best of both worlds with the European fans loving the Euro drivers and the US fans happy that it’s covered in red white and blue vinyl. 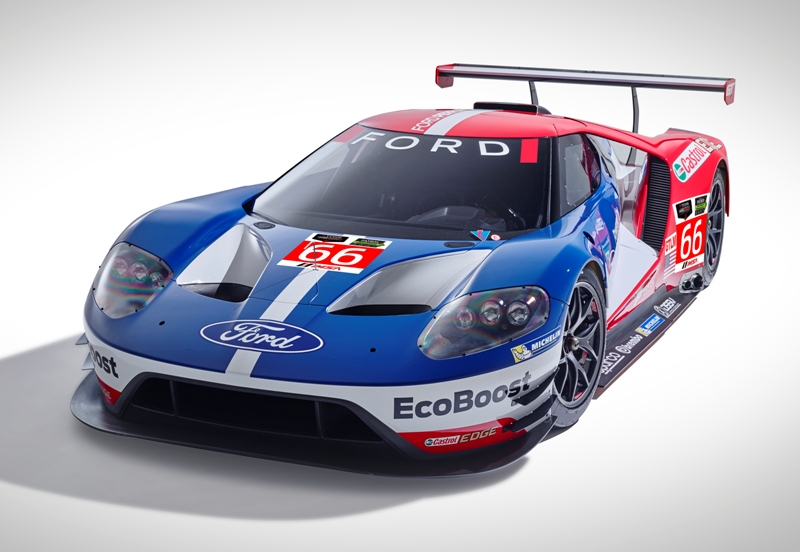 In case you missed the press release back in November 2015,

Drivers Ryan Briscoe, Richard Westbrook, Dirk Müller and Joey Hand have been selected for full-time rides in the two Ford GTs that will compete in the full IMSA WeatherTech schedule next year.

Hand and Müller will co-drive the No. 66 Ford GT, while Briscoe and Westbrook take the reins of the No. 67 Ford GT. Fans of Ford lore and sports car racing will immediately take note of the historic significance of the car numbers – the original predecessor of the Ford GT, the Ford GT-40, won the 24 Hours of Le Mans in 1966 and 1967. Ford marks the 50th anniversary of that first significant win with the return of the Ford GT to Le Mans in 2016.