Some say this is the golden era of Grand Prix cars and I know very little about the period. I know Auto Union and Mercedes battled in those giant monsters in the 1930’s, but no real appreciation for how we got there.  Or where Bugatti came from or why the Type 35 was so special. It is interesting to me that even back then their cars were about horsepower and speed. Even cooler was how much of a departure the Bugatti Type 35q was from his previous cars which were for lack of a better word, disgusting. One was names the tank, because it in fact looked like a tank.

Next came his challengers. At least by then Bugatti’s workmanship had improved significantly. When they ariived at the 1924 French Grand Prix they were the talk of the grid. The future of Grand Prix racing. They debut wasn’t as expected but only because Bugatti specified special tire sizes and there was  defect in the one off manufacture. And why did he need special tires? Because he designed wheels with the brake drum integrated so you could quick change brakes if necessary. Pretty amazing really. 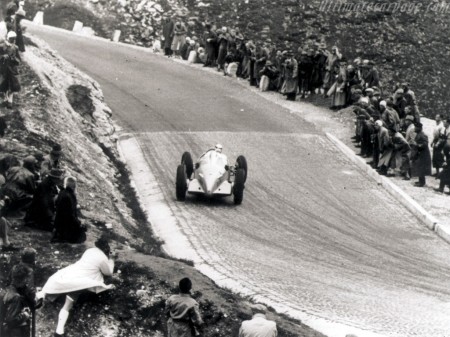 Next up was Seagrave. He won the Spanish Grand Prix and it became the last GP win for a British driver and car for the next 30 years.

Then came the Delage which sounds awesome. The engine used roller bearings! Only 7 of these straight 8 Delages were ever built. Because the rules changes again and the weirdness really got underway.

Miller engines? I’ve never heard of them but its American designed engine that produces 30 more horsepower? which they fitted to a Bugatti Type 35.

The other cool part of this video is we get to see some tracks that disappeared decades ago. Like Brooklands. Closed in 1939. Why is Brooklands special? You’ll know when you see the banking. Or the German Circuit of Pau. Long gone. Also interesting is that even back then drivers paid to race. But some were rewarded with cars they could sell as a form of compensation. 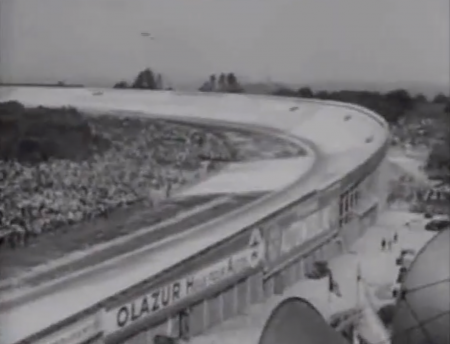 Then we enter the unrestricted era. Displacement and supercharging were free but the car had to weigh more than 750kg. The Bugatti type 59 was rolled out but was outdated tech from the moment it showed up. On the other hand, the Alfa Romeo Type B which had been developed for the past decade was near perfect. Until the Germans enter the picture and we see the Mercedes W25. Straight 8 and over 400 hp. Independent suspension. transaxles. and other cool stuff. Auto Union was up to similar engineering feats with its 16 cylinder engine mounted behind the driver. Now the Golden Era of Grand Prix racing begins. 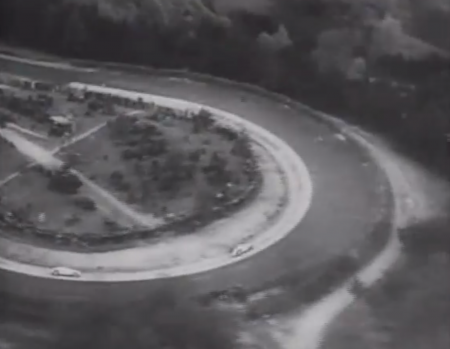 1937 is considered the height of this era. Mercedes W125. Rosemeyer, Neubauer, Carracciola, Cars reach 200 mph and can spin their tires to 150mph. The only thing holding these cars back are their tires.

Check out this pit stop! Fuel all over the driver and sure enough….it catches fire. The driver escapes safely but shortly later he gets back in and goes out. I read in the Book Driven Forces that the team manager didn’t want him to re-enter the race, but the officer from Germany insisted he get back in. The book also suggested that while the car is steel, his brake lines were not and probably melted. 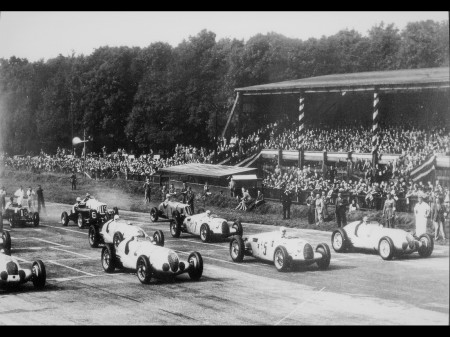 By 1939 the German cars were dominant and won ever Grand Prix that year. Even cooler is that engine power became so high, relative to the tires, that the driving technique favored oversteer and four wheel drifts through the corners. A few years later World War II broke out and Grand Prix racing stopped. The era was over.