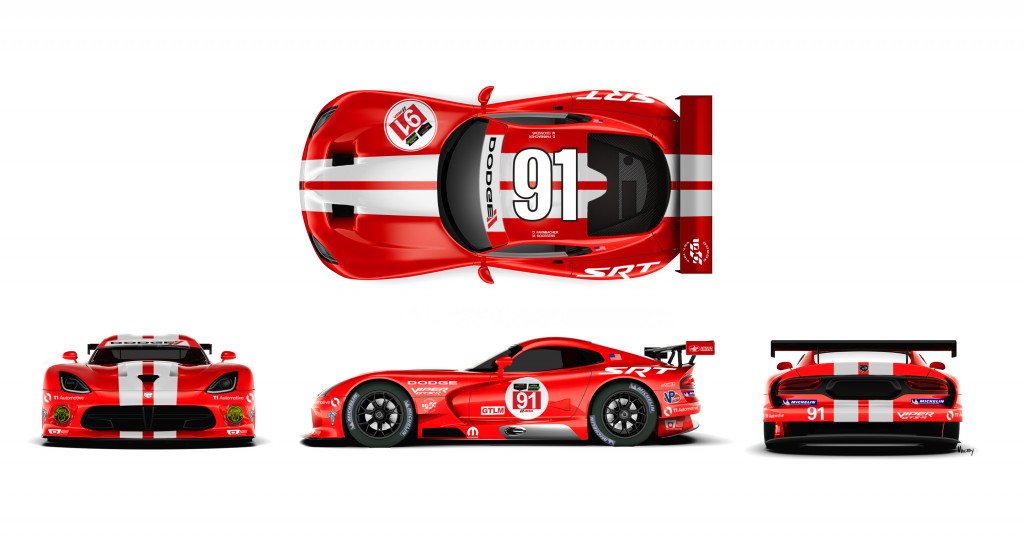 The SRT Motorsports Viper entries – the No. 91 and No. 93 Dodge Viper SRT GTS-Rs – will compete in ‘Viper Red’ and ‘Race White’ for the duration of the 2014 IMSA TUDOR United SportsCar Championship season. The classic colors are the same worn by Dodge Viper entries that took the overall victory in the Rolex 24 At Daytona in 2000, a GTS class win in the 2000 24 Hours of Le Mans, and American Le Mans Series championships in 1999 and 2000.

“We are honoring the racing history of the Dodge Viper by returning to its classic colors as we are in the midst of celebrating the Dodge brand’s 100th anniversary and 100 years of American performance,” said Ralph Gilles, President and CEO of SRT Motorsports and Senior Vice President of Product Design for Chrysler Group LLC. “The new livery not only brings back this classic look but also enables us to continue to connect our Viper racing program to its spirited racing heritage.” 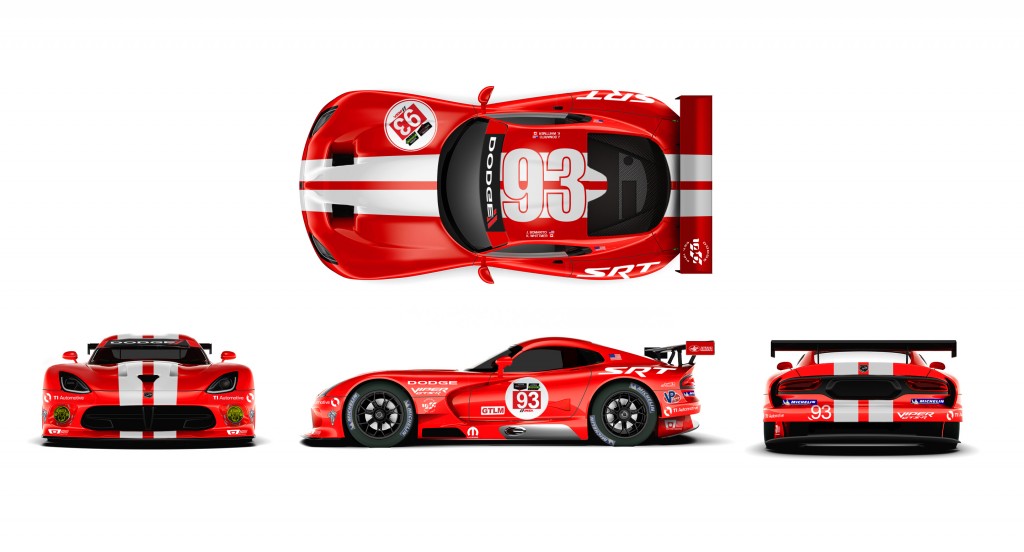 In addition to the new livery, the team is carrying a special 100th anniversary logo on both IMSA TUDOR Vipers.

The classic-colored Dodge Viper SRT GTS-R will first take to the track on Friday, June 27, for the initial practice for the Sahlen’s Six Hours of the Glen race weekend. The third endurance race of the 2014 IMSA TUDOR season, part of the North American Endurance Cup (NAEC), will take place at Watkins Glen International on Sunday, June 29, starting at 11:15 a.m. EDT.