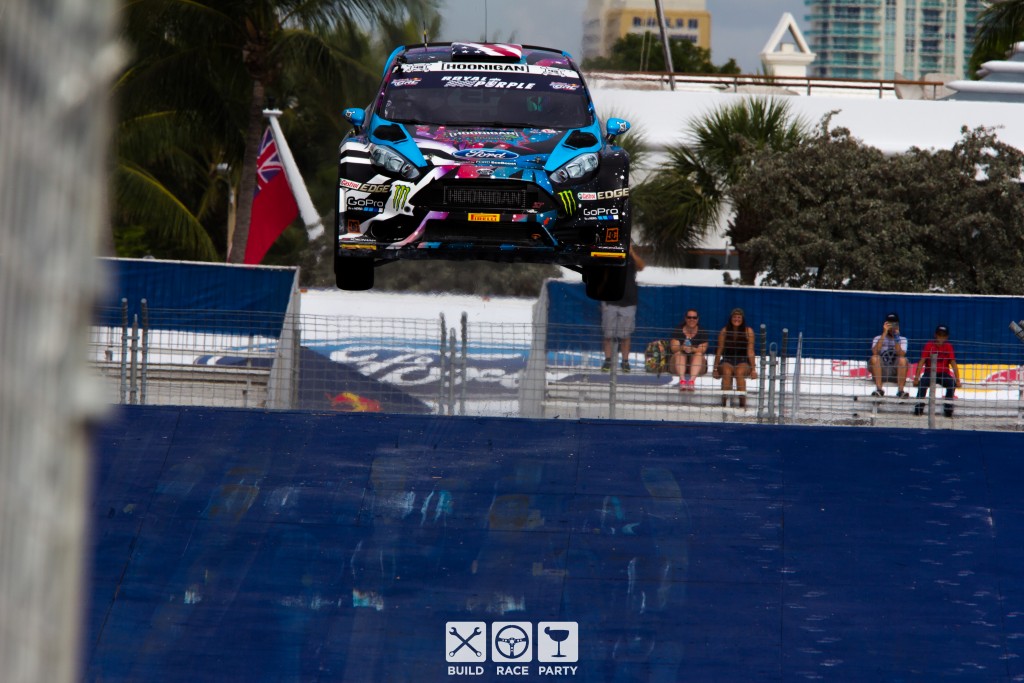 HEAT RECAPS: Polesitter Speed and Piquet won both of their points-paying heats, while Steve Arpin took his first heat victory for Chip Ganassi Racing and Joni Wiman took a victory in the only heat he ran all weekend (Wiman was not cleared by a doctor to race on Sunday). Arpin and Ken Block won the two semifinals to earn front-row starting spots in the main event, while Tanner Foust won the last chance qualifier. 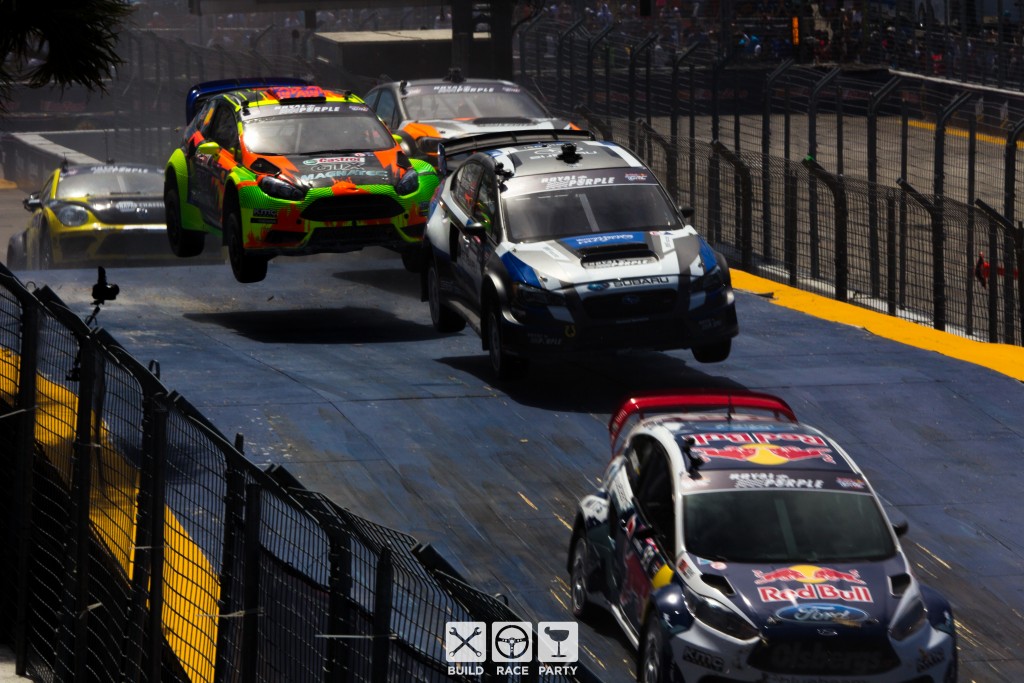 MAIN EVENT RECAP: Ten cars darted into the hairpin first corner, splitting space between the main lane and the Kobalt Tools Joker Lap. Block, who had climbed through the field heat by heat after a first-round incident while trying to pass Scott Speed, took advantage of the inside line and darted into the lead, with Speed, Piquet, Arpin, and the remainder of the field funneling in behind them. However, Arpin would vacate fourth place to serve a penalty for a jump start—the wheels moved before the green lights came on.

Behind the lead pack, a set of intense battles between Bucky Lasek, Austin Dyne, and Tanner Foust saw those three drivers jostling for position throughout the race. While they settled the mid-pack positions, Block pulled away from the field, breaking the 30-second lap time barrier on his way to the victory. 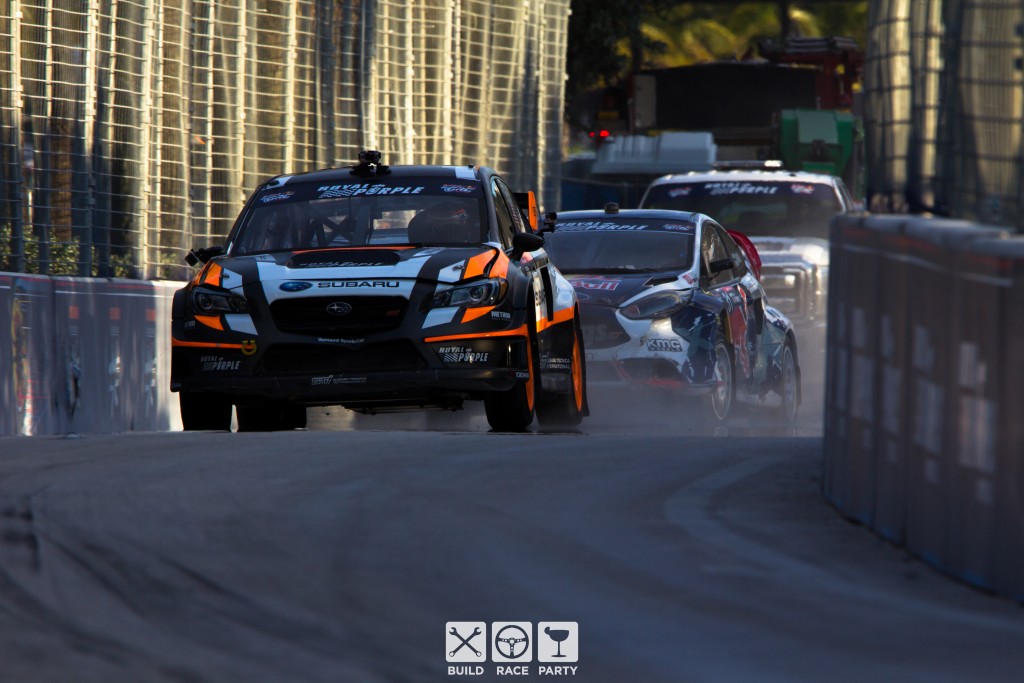 QUOTES: A selection of quotes from Sunday’s Red Bull Global Rallycross Fort Lauderdale, the first round of the 2015 Red Bull GRC season:

Ken Block, Driver, #43 Hoonigan Racing Division Ford Fiesta ST: “Racing these two talented tarmac drivers was very tough. They really pushed me and our team all weekend. It was a lot of fun. It really came down to starts, and I got lucky—I really had great starts, and I was able to put some good times in and go for the win. Last year, I ended up on my roof in the final trying to battle back for the lead, and this year I was trying to be a little patient and a little smarter. Hopefully we’ll be in a better position here at the end of the year!”

Scott Speed, Driver, #41 Volkswagen Andretti Rallycross Beetle: “It’s a great start. You have to score points here—we learned that last year, that you’ve got to be on the podium. So this is a great start that will give us a great shot moving forward. Congrats to Ken, he did a great job there in the final, and it was a great race. We’ll be back in Daytona!”

Nelson Piquet Jr., Driver, #07 SH Racing Rallycross Ford Fiesta ST: “This is a great way to start the season. We had two great heats—we won the first two. In the semifinal, Ken had a great start, took the lead, and that put us in a bad position to start the final. But we still managed to get a podium, and I’m very proud of the team. I’m very happy to be back in my second season of rallycross—the season started, and now we’re going for it!” 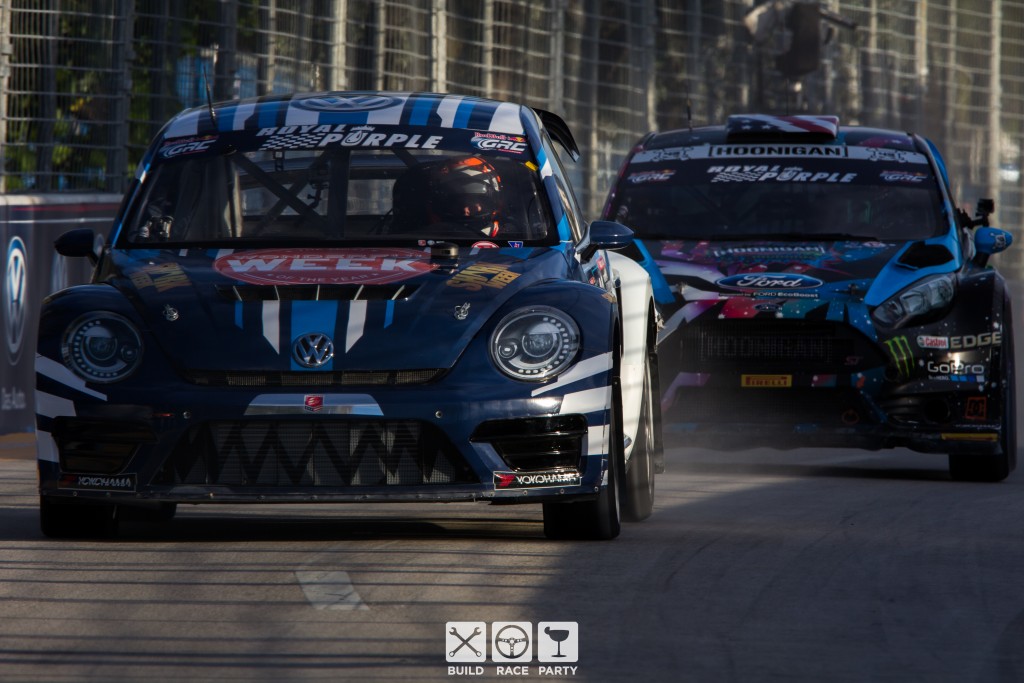 FAST FACTS: A collection of facts from Sunday’s Red Bull Global Rallycross Fort Lauderdale, the first round of the 2015 Red Bull GRC season: 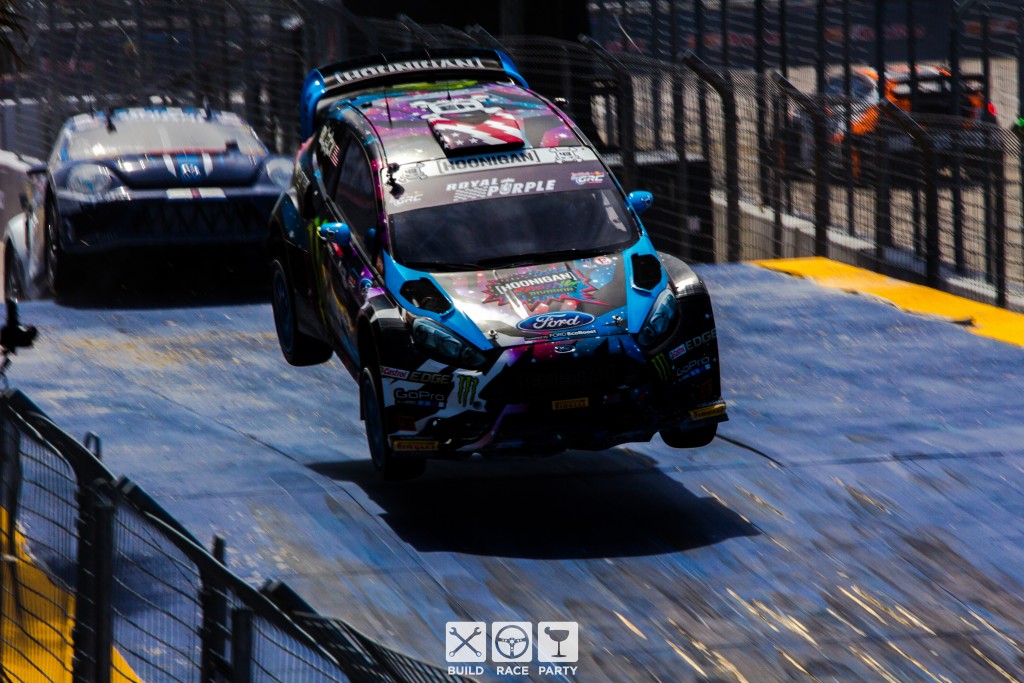