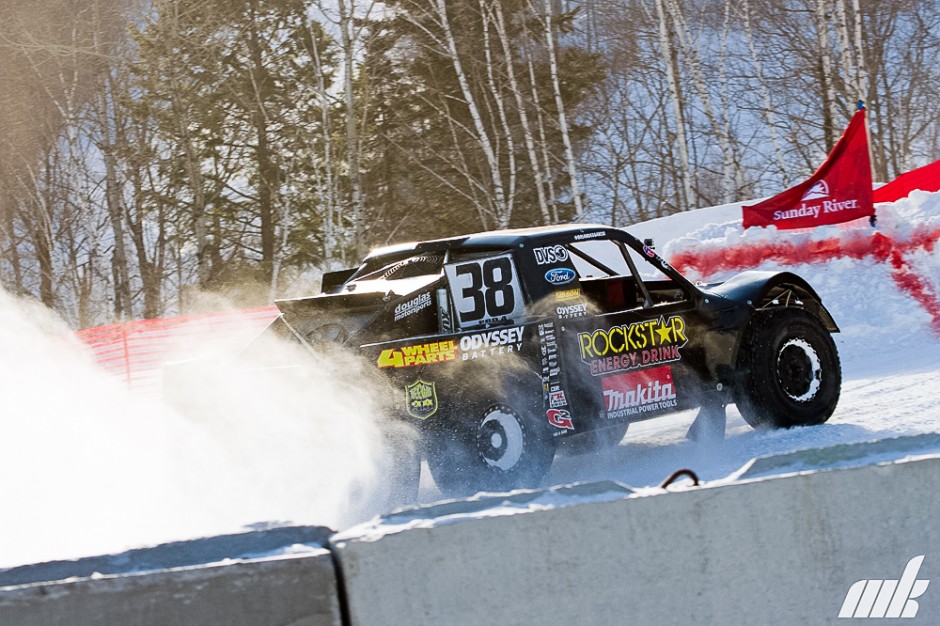 Be it supercross, freestyle motocross, short course truck racing, or rallycross, Brian Deegan has been there, won that. The Metal Mulisha founder boasts dozens of championships and X Games medals to his name, stretching over a nearly 20-year career that has also included brief stops in stage rally and stock car racing.

So it’s rare to find “The General” in an unfamiliar position. But that’s exactly where he’ll be in Friday’s Red Bull Frozen Rush: one of three newcomers to the annual event, the action sports legend has had to jump right in and let instinct make up for minimal experience.

“Yesterday my truck was overheating, so I didn’t really get to practice,” Deegan said after qualifying. “I came in today just going ‘alright, my first flying lap,’ which is fine. It’s kind of like (rallycross), you gotta go and lay it down—you don’t get a lot of time there either.

“You’re fighting elements of the snow and ice, track changing. I wish I had done more rally in the snow, I think that would’ve helped. So it’s really just been coming here and figure it out.”

In qualifying, Deegan could only muster a seventh place run, admitting that he had driven cautiously to feel things out. But as the last truck on the track, he also noted that the constantly evolving surface made it more difficult for him to post a fast time. 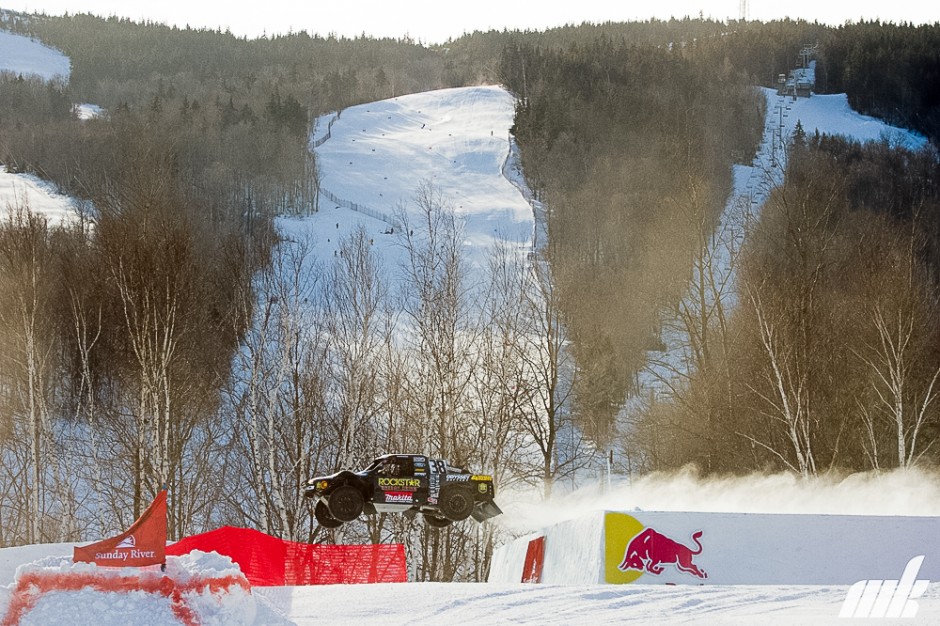 Still, Deegan has always thrived on the role of the underdog and spoiler. Despite running only half of the 2014 Red Bull Global Rallycross season, he still took two podiums and outperformed multiple full-time drivers on the track. His seventh seed lines him up against defending Frozen Rush bronze medalist and ex-GRC driver Bryce Menzies, a matchup that has the six-time short course champion raring to go.

“I told Bryce, ‘you’re supposed to win this so you better win,’” Deegan laughed. “Of all guys to battle, I think we’re the two that probably have the most time together battling, and that’ll be cool. I think it’s going to be exciting. I’m kind of hoping he’s trying to win really bad and makes mistakes cause I think that’s a way it could play out. He hauls ass—he did really good in qualifying and practice, so he’s going to be one of the toughest guys to beat, but oh well.”

If Deegan makes it past the first round, he could play the spoiler role all the way to a final round showdown with defending champion Ricky Johnson—an opportunity that he relishes even more.

“I feel like Ricky and Bryce, they’re the ones who have the pressure on them,” he said with a knowing grin. “They’re the ones who are supposed to win, right? It’s Red Bull’s show. So I don’t feel like I have the pressure on me, or the spotlight, so it allows me to just kind of do my thing and just go out and go for it. I just have to make sure I stay off all the flags and any chance (where) I can possibly get a five second deduction, I need to not give them that chance.

“But in the end, everyone’s going to race the same (stuff). I think it’ll be cool. It’s cool that they did this, it’s different.”