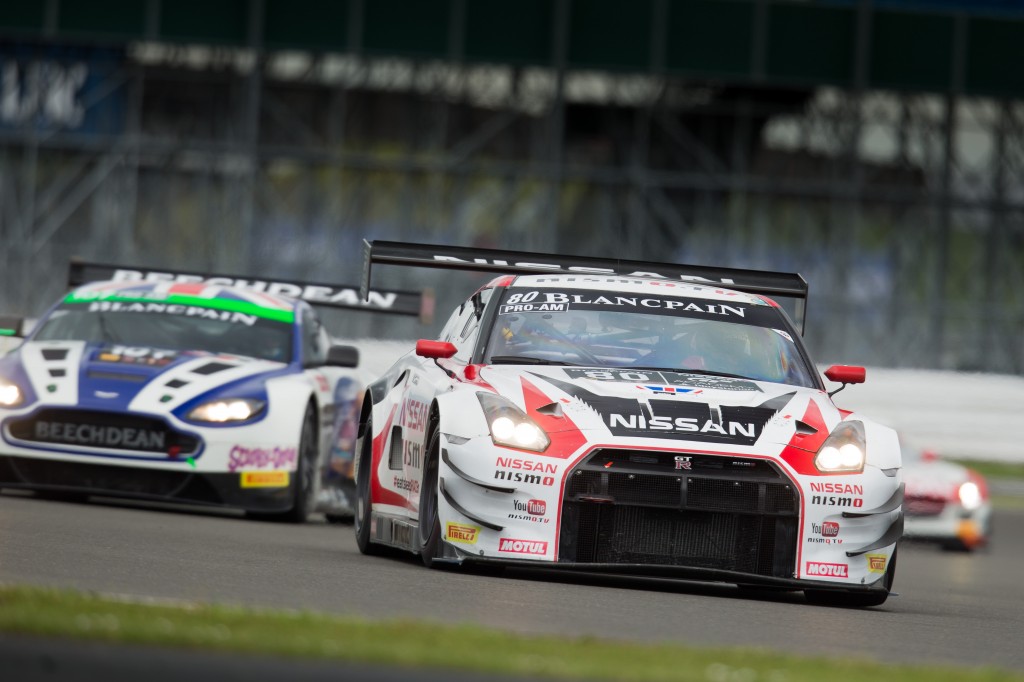 While on-track practice time was limited due to weather, qualifying went to plan for the No. 80 team, right up until the end of the session when the quick runs of many drivers were abruptly interrupted by the session being red flagged. Buncombe had managed to grab a lap quick enough for third place on the grid.

When the three-hour race got underway, Buncombe was prevented from making one of his typically fast getaways.

“What I thought was going to happen, did happen,” Buncombe said. “I got boxed in behind the Porsche and I couldn’t get past him until Stowe. By that time I had lost a couple of spots so I had to just get my head down and look after the tires so that I could hand over a good car to my teammates.” 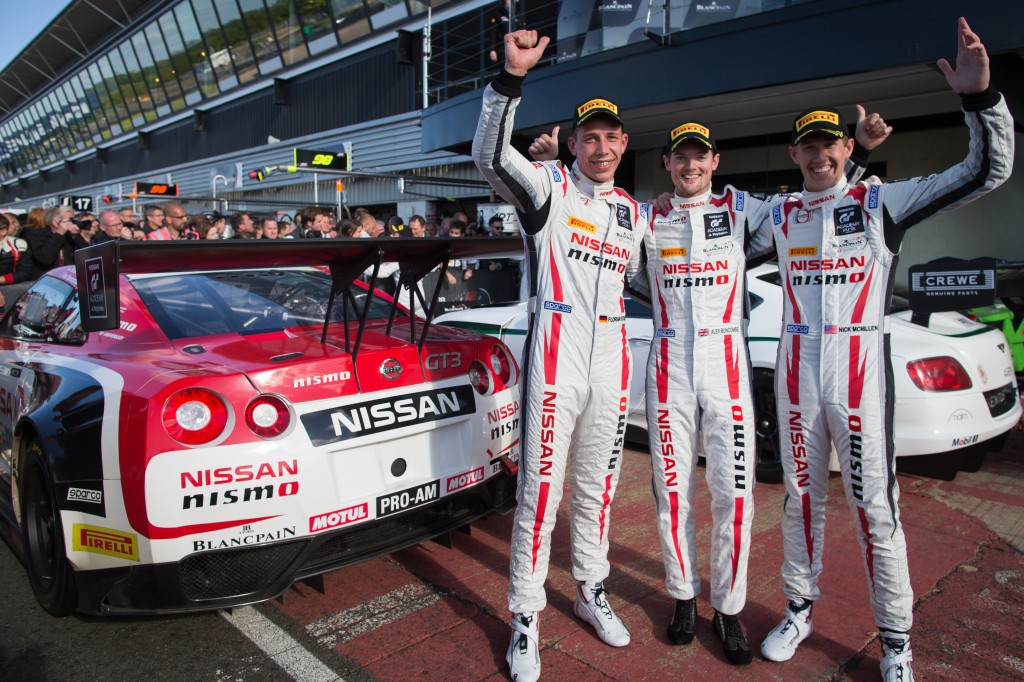 Buncombe exited the car after about an hour, leaving GT Academy U.S. champ Nick McMillen in eigth overall and first in the Pro-Am class.  McMillen would have a fight on his hands for the lead with the No.38 Aston Martin, who put their pro driver in for the second stint.

“We knew we had the pace to win at Monza but it didn’t work out for us there,” said McMillen after the race. “I tried really hard to be consistent today, and to be honest it didn’t go as well as I hoped. But it was a great team effort and I’m delighted to be taking the winner’s trophy home with me.”

Taking over the car in ninth overall and second in class, German Florian Strauss put in a great drive, keeping a cool head during a late race safety car period and cruising to the Pro-Am victory.

“I was in traffic during most of my run so I had to be very careful to avoid any problems,” Strauss explained. “We were close in Monza and definitely had the speed, so I am very pleased that we achieved the win here today.”

McMillen said he gained some valuable experience at Silverstone. “I allowed myself to get distracted by loss of radio communications and a timer inside the car, so after a few good laps I kind of lost my rhythm,” said McMillen.  “I’m grateful the team gave us a great race car and proud of my teammates for putting us in a position to win.”

The RJN team GT Academy races next at Paul Ricard circuit in France in late June, and McMillen is eager to get back into the car.

“We ran the cars there in March, so all of us have a good feel for the track,” McMillen said. “We’ll all be ready to go for another win at Paul Ricard.”